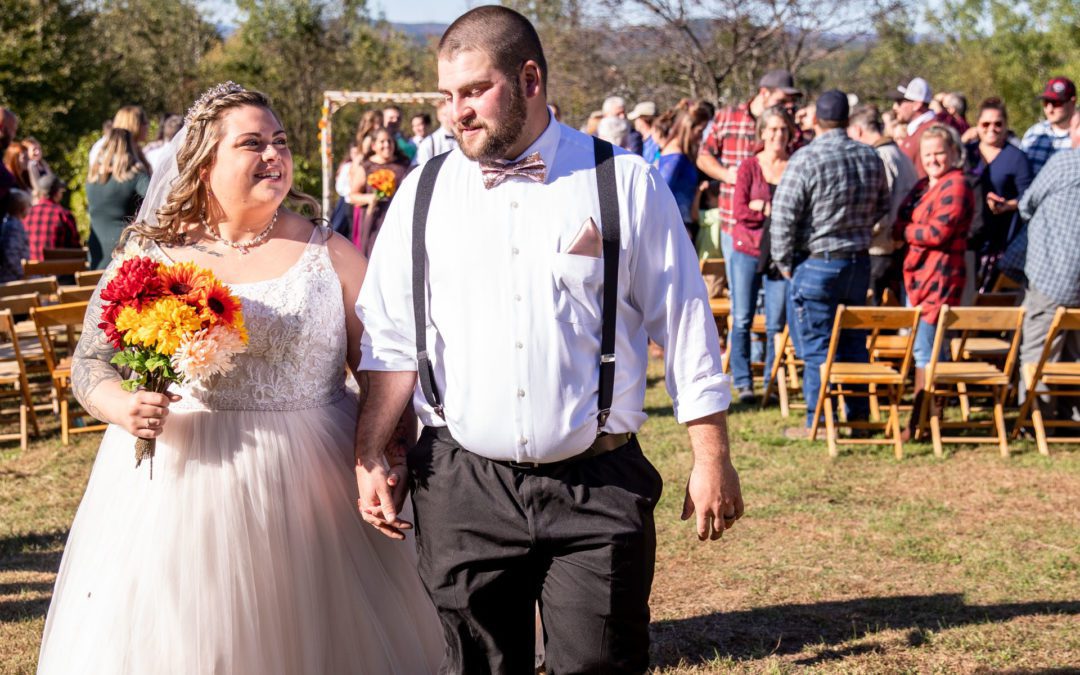 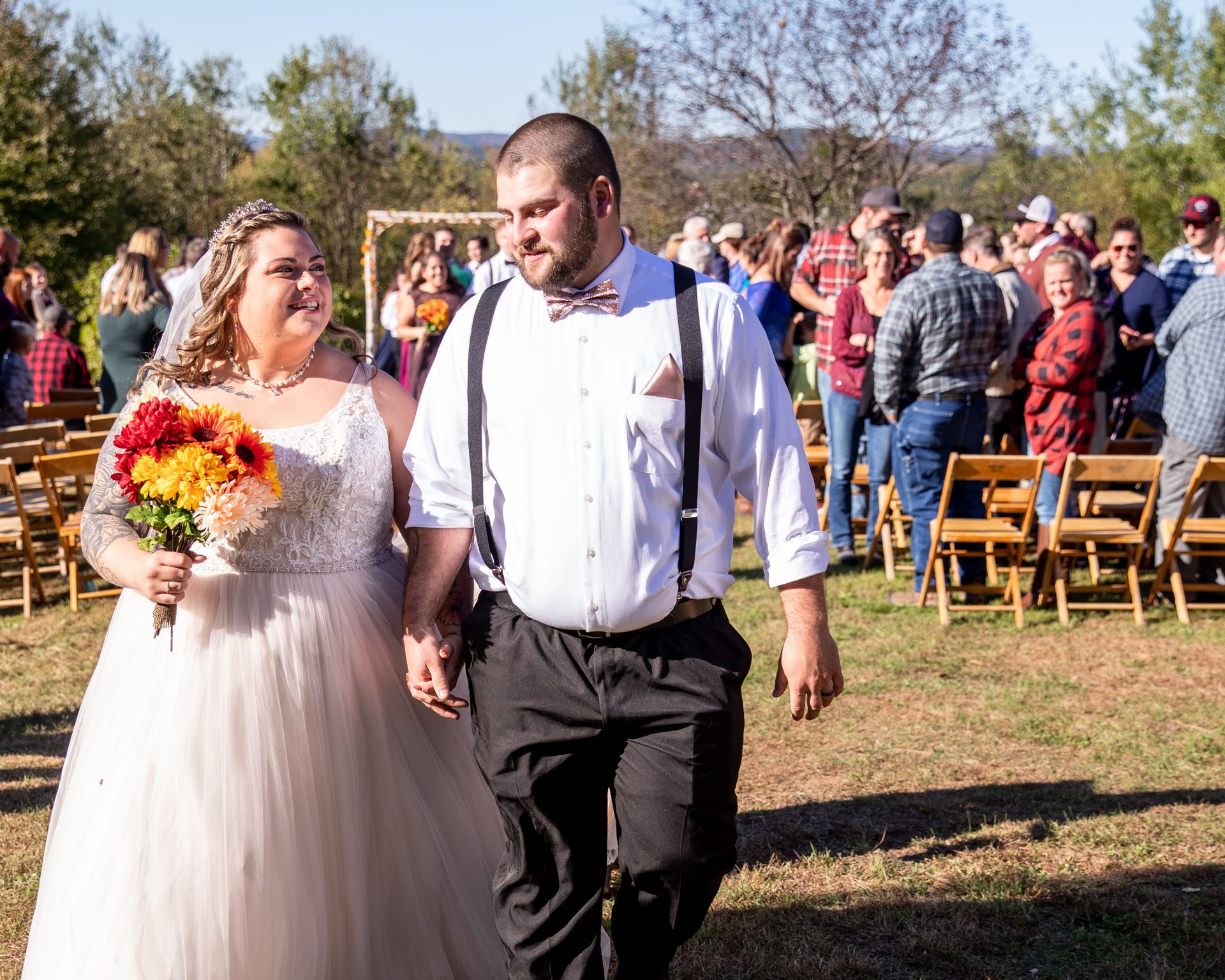 CHELSEA AND GABRIEL Hatch were married at home in North Haverhill, New Hampshire. Chelsea is a Salisbury native. Photo by Andrea Warren

Chelsea is a native of Salisbury, but now lives just over the eastern border, in North Haverhill, New Hampshire.
It was there that she met Gabriel. After being initially introduced online, the couple’s first date was at the Walmart in Lebanon. It must have seemed like a neutral, safe place to test the waters. Turns out they were meant for each other and quickly built a life together.
Fast forward to August 7, 2018 during a country music concert where Chelsea’s favorite singer, Kane Brown, was opening for Brad Paisley. The couple arrived together at the show, but covertly Gabe ducked into a separate security line from his date.
“I, being the princess I am, yelled at him for doing that,” Chelsea recalls. Of course, she didn’t realize at the time that Gabriel was showing the security guards the ring he had tucked into his pocket. (Of course she felt terrible after the fact for giving him a hard time!)
Between songs, Kane stopped and told the audience that he normally doesn’t play the song he was going to play next, but thought he’d make an exception since his fiancé was in the audience that night and he felt it was fitting. “What’s mine is yours” started to play, which happened to also be Chelsea and Gabriel’s song.
When Kane started singing the lyrics “Take this ring, forever now, ’til death do us apart. And take this vow…” Gabe got on one knee and asked Chelsea to be his wife! “It was perfect and magical,” she said.
The couple chose to get married at their home in North Haverhill, where they have proudly built their lives together and where their beautiful view of Vermont also reminds Chelsea of her childhood home.
The date was October 5, 2019, a glorious, sunny, fall day.
The details all fell into place, and with a little help from a lot of close friends and family their fairy tale came true.
Perhaps the moment that shone most vividly of all for Chelsea, was their first look. At first, Chelsea says they weren’t going to do a formal first look, but she is so glad they took the time. “With no pressure from a million eyes on me, I just said his name and he turned around. My heart stopped.”