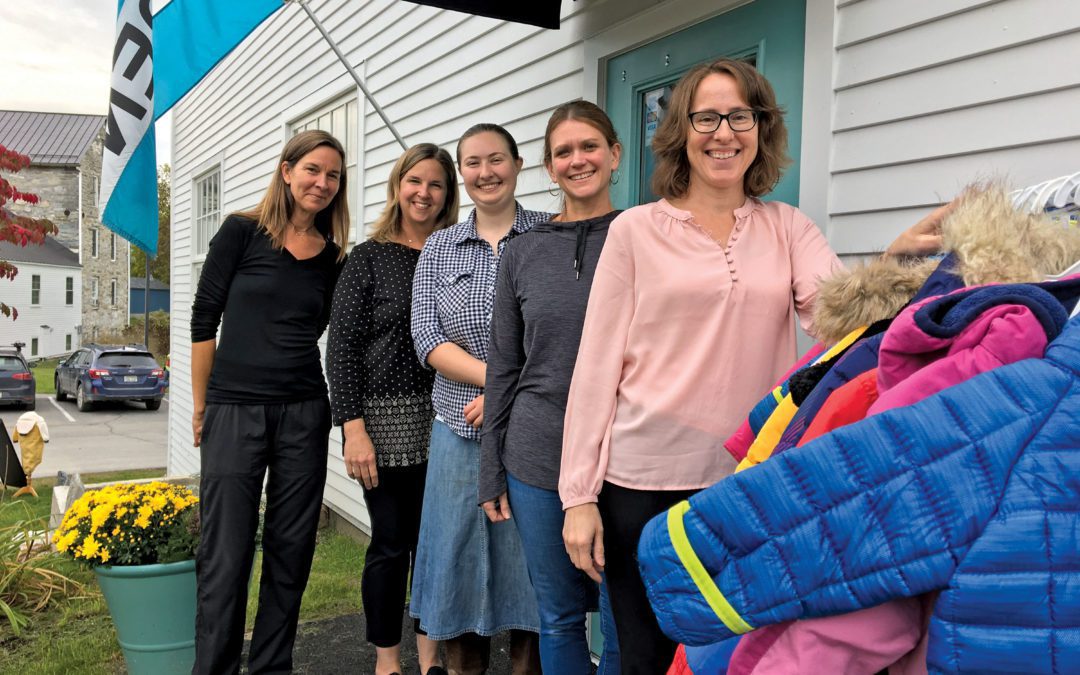 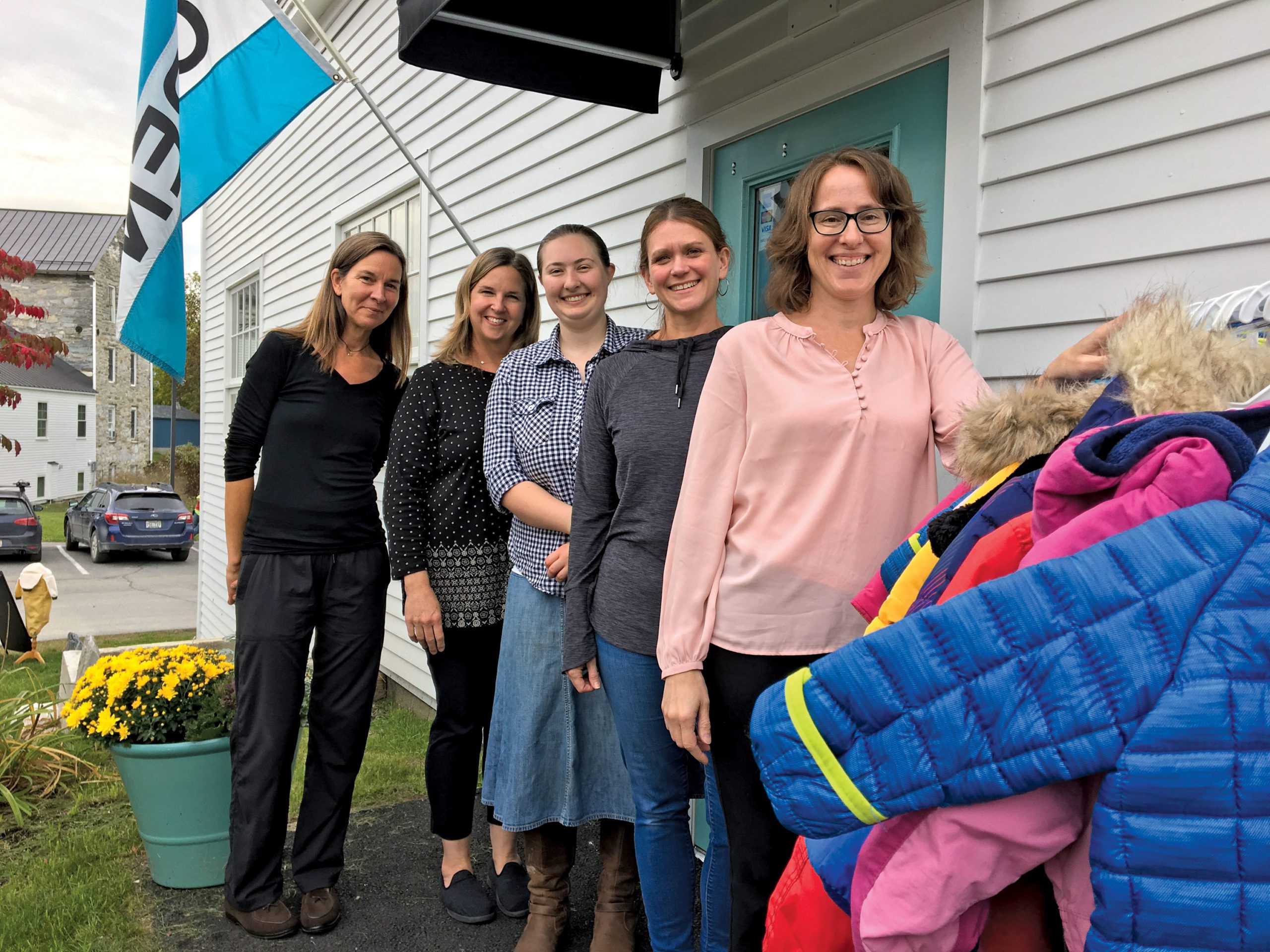 MIDDLEBURY — As the thermometer drops en route to another frigid Vermont winter, a local nonprofit is raising money to make sure children from area low-income households have access to warm clothing.
It’s called “Cozy Kids,” a program of Middlebury’s Junebug Mother and Child shop at 211 Maple St. The program uses financial donations to buy high-quality, waterproof winter clothing for children attending Middlebury-area schools.
Established in 2009 in the Starr Mill building, Junebug bills itself as “a funky little non-profit resale shop” that offers “carefully curated, affordable clothing for babies, children and mothers-to-be in a comfortable, welcoming space,” according to its mission statement.
The store also supports the greater community by partnering with area caregivers, schools and other non-profit organizations to provide high-quality clothing at no cost to families in need.
Junebug has been doing well, to the extent it recently moved from Park Street to its larger spot in the Marble Works complex.
“We’ve had an outerwear program for awhile, and every year it seems to expand, which is great,” said Junebug Executive Director Maria Graham. “That’s why we moved to this big new store. We need more room to do more, and to have more clothes available. There’s a bigger need (for affordable clothing) in the community — especially for outerwear — than we can fulfill here through our regular channels.”
So Junebug officials a few years ago established “Cozy Kids,” a separate, charitable arm of the organization that is governed by its own committee. That panel has representatives from Junebug, area nonprofits and school nurses — folks who during their daily jobs cross paths with children who are under-dressed for Vermont winters.
“It’s very tailored, it’s very specific, it’s very local, and it’s been very effective,” Graham said.
Addison Central School District nurses each year submit a list to the Cozy Kids program coordinators outlining winter clothing needs of students whose families can’t afford such purchases. Graham stressed the lists don’t include the children’s names; only the size, type of clothing and whether it’s for a boy or girl.
“We don’t know who they are, but the caseworkers and the folks who are working with them on a daily basis do,” she said.
The ACSD includes students in Bridport, Cornwall, Middlebury, Ripton, Salisbury, Shoreham and Weybridge.
Two years ago, Emily Blistein launched a fundraising effort that yielded $6,000 for Cozy Kids organizers to buy a large stash of winter clothing — including boots, coats and snow pants. It allowed the program to meet all the requests that year, with enough money and gear left over to serve kids last winter.
Cozy Kids accommodated more than 120 local children during the winter of 2018-2019.
Unfortunately, the program’s resources are depleted to a point where Cozy Kids needs a major infusion of funds and volunteer help.
Graham would like to see this year’s donations equal or top the $6,000 raised two years ago.
“We don’t know how many requests we’re going to get,” Graham said. “Every year, the number of requests we get increases. And frankly, the cost of clothing increases every year, as well.”
Fundraising is off to a decent start, and every donated dollar helps. The United Way of Addison County has allocated $1,500 to this year’s Cozy Kids effort.
“We know we have our seed money to get us started,” Graham said.
“Junebug would never let it happen that someone didn’t get something they requested,” Junebug board leader Jenna Sonneborn said. “We raise as much as we can to make sure all the needs are met.”
Junebug is looking for volunteers who can comb the internet and uncover bargains to help Cozy Kids stretch each donated dollar.
“We could use ‘boots on the ground’ to help us shop, because it’s very labor-intensive to find very affordable things,” Graham said.
Helpers are also needed to deliver the clothing to the schools and nonprofits that are serving the kids in need.
A gofundme account is being set up for online contributions. Folks can drop off checks or cash at the store. For more information, call the store at 388-1055, or email junebugmaria@gmail.com.
Time is of the essence, officials said. Cozy Kids organizers distribute the free clothing each year just before the schools’ Thanksgiving break. And last year, Graham noted, there was already snow on the ground by Thanksgiving.
Graham is grateful for the support Cozy Kids has already been receiving.
“There was a grandmother here buying clothes the other day and we were chit-chatting about how we were going to kick off Cozy Kids for the year. She said, ‘Here’s $10, make sure it goes to that program.’”
Reporter John Flowers is at johnf@addisonindependent.com.