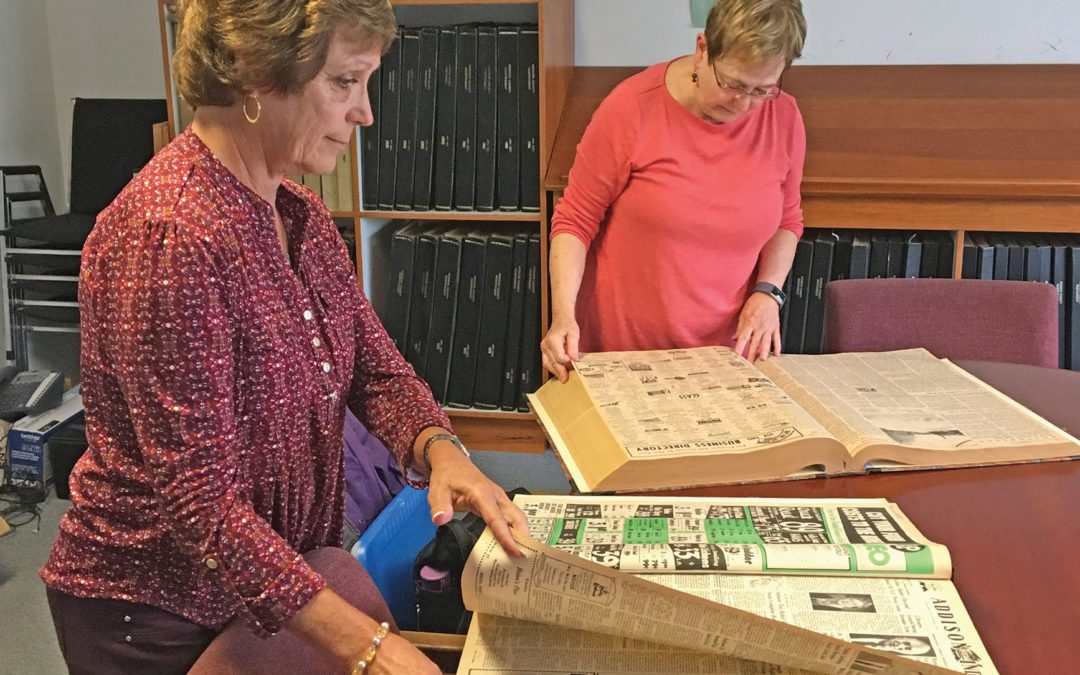 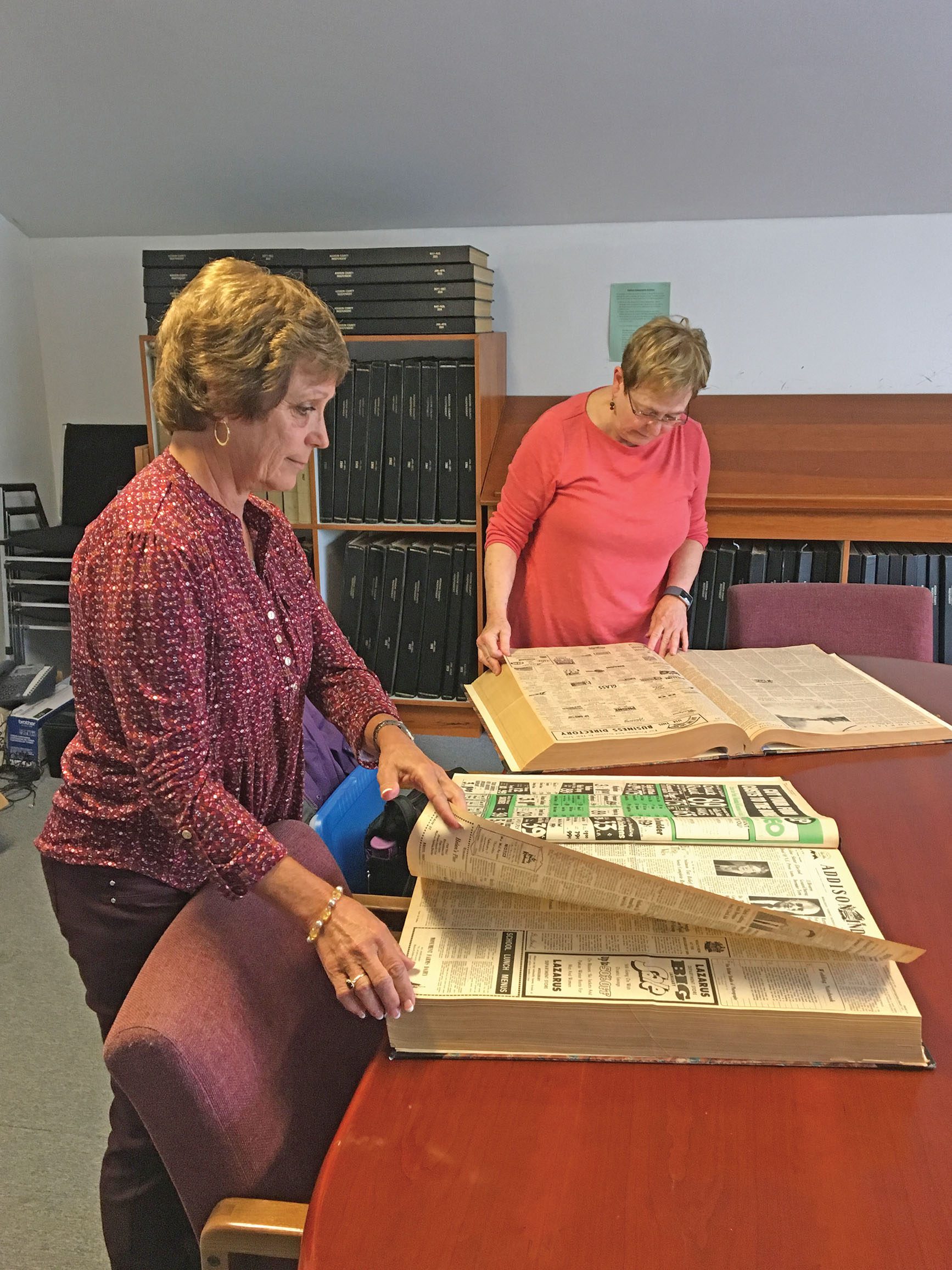 ANNE SCHULZE, LEFT, and Janet Schulze Swain search through the Addison Independent archives for scraps of news about their sister, Lynne Schulze, a Middlebury College student who disappeared from town on Dec. 10, 1971. Almost 48 years later, investigators continue to seek answers into what happened to Schulze.
By John Flowers