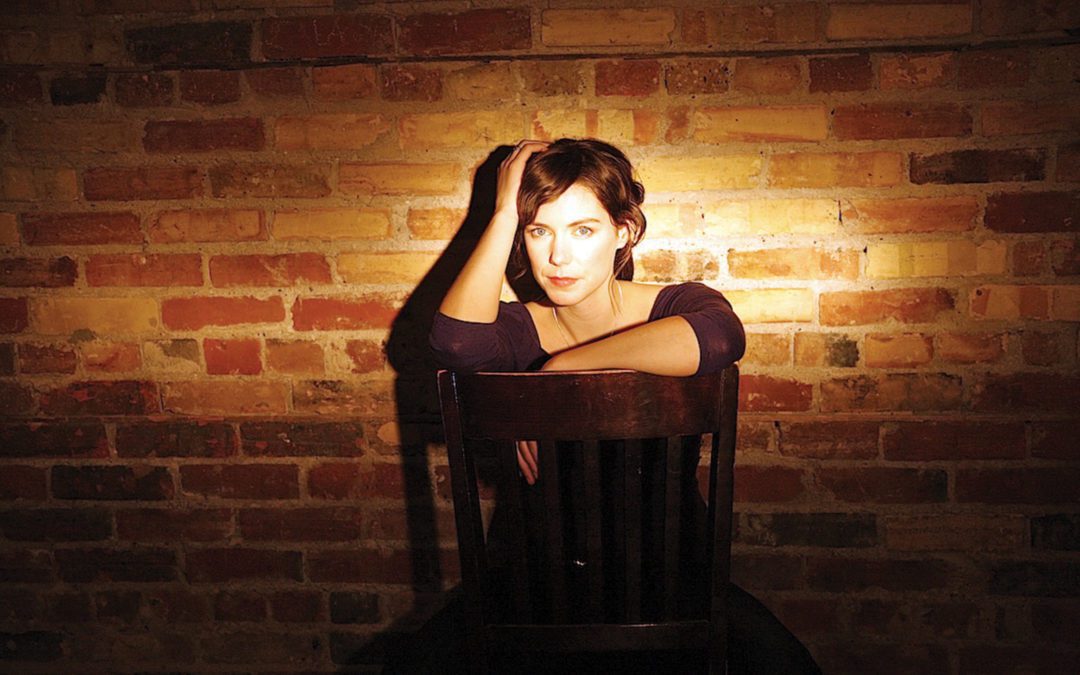 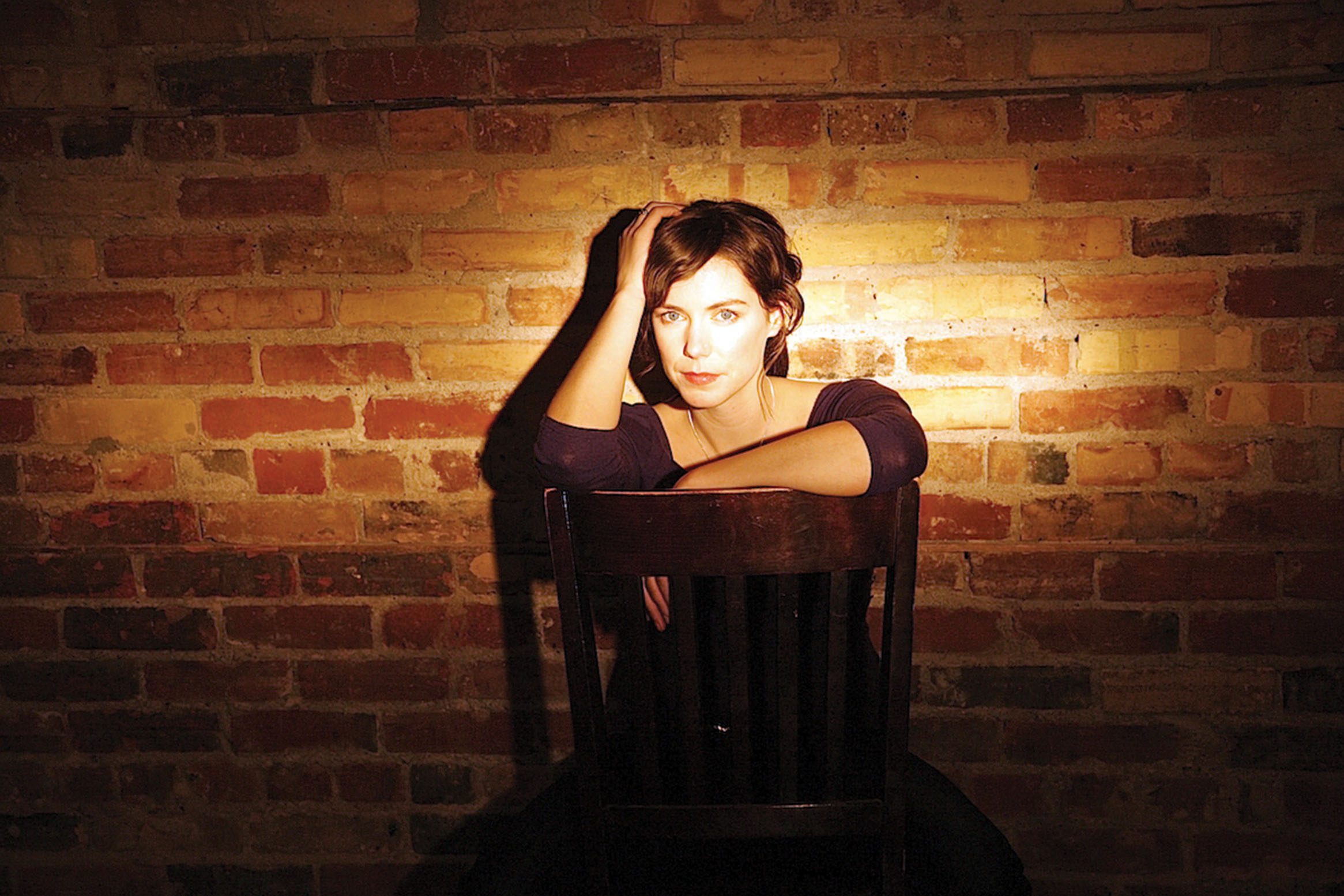 With her grace and charm, award-winning singer-songwriter Catherine MacLellan captivates audiences with deep emotional connections through intimate lyrics as well as easy-going and light-hearted fun. MacLellan will be on stage at Middlebury’s Town Hall Theater on Thursday, Sept. 12, at 7:30 p.m.
Catherine MacLellan has become one of Canada’s finest and favorite singer-songwriters on her own merits. She’s kept away from the media circus and celebrity scene, preferring to live at home in rural Prince Edward Island. She’s worked diligently at her craft, releasing a series of remarkable, creative albums, culminating in the Juno Award-winning “The Raven’s Sun” from 2014, to go along with multiple East Coast Music Awards, Canadian Folk Music Awards, and Music PEI Awards. Most impressively, she has chosen to carve out her career path without trading on her family name.
That’s pretty hard to do, when your father is one of Canada’s most famous songwriters.
“I was born to do this, and my father (the late Gene MacLellan) taught me the ways of a songwriter. I first used songwriting as a way to find out who I was. Now with every song I hope to find truth in inspiration and light in the dark.”
Tickets range from $18 to $30 and may be purchased at townhalltheater.org or at the box office. For more information, phone 802-382-9222.

‘MAGIC FLUTE’ AT BRANDON TOWN HALL
Barn Opera’s production of Mozart’s “The Magic Flute” (sung in English translation) will take place at 7:30 p.m. on Friday, Sept. 13, and Saturday, Sept. 14, at Brandon Town Hall, located at 1 Conant Square in Brandon.
Mozart’s “The Magic Flute” is often the gateway into the world of opera, with the mythical story of the heroic Tamino (Spencer Viator, tenor), and the hero’s unlikely sidekick, Papageno (Scott Ballantine, baritone) trying to rescue Pamina (Jessica Jane Jacobs, soprano), the daughter of the Queen of the Night (Heather Bobeck, soprano) from the temple of Sarastro (bass, Luke Scott). The timeless and archetypal story unfolds, and it is revealed that all is not how it seems for our hero and heroine. Many local and regional performers will be featured in secondary and supporting roles.
Tickets to Barn Opera’s “The Magic Flute” are $50 for adults (with two children admitted with each adult ticket purchased) and are available until Saturday, Sept. 14 on brownpapertickets. To learn more about this event or Barn Opera, contact Edna Sutton, Acting Executive Director for the Compass Foundation via email at barnopera@brandon-music.net or at (802) 247-4295.

GREG AND AIDAN RYAN IN LINCOLN
Greg and Aidan Ryan (formerly They Might Be Gypsies) will perform gypsy jazz for the Burnham Music Series, at Burnham Hall, 52 River Road in Lincoln, on Saturday, Sept. 14, at 7:30 p.m.
Greg and Aidan are inspired by the 1930s Gypsy Jazz of Django Reinhardt and Stephane Grappelli and by contemporary gypsy masters as well. They play high energy, uplifting music with tremendous passion. Their two records received rave reviews, with their debut album winning the Vermont Times Argus’ Instrumental Album of the Year. In addition to playing with Aidan, Greg performs in a duo with Rani Arbo of the American roots band Rani Arbo & Daisy Mayhem.
Arbo describes Greg and Aidan’s music as: “Simultaneously cool and on fire … hellbending energy and an ease and joy that lets the rest of us sit back, gape and grin.”
Admission is $10 for adults, kids and teens are free. Refreshments served at intermission. Call 388-6863 for more info.

NEW EXHIBIT AT COLLEGE
The Middlebury College Museum of Art will celebrate the upcoming 100th anniversary of the passing of the 19th amendment in the new exhibition, “Votes … for Women?” History professor Amy Morsman will speak at the opening reception on Friday, Sept. 13, at 4:30 p.m.
“Should American women vote?” Why was this even a question? In the world’s most prominent democracy, why haven’t women been allowed to participate fully from the start? While a relative few voices publicly questioned the prohibition against women voting in the decades following the country’s founding, most Americans did not wholeheartedly consider this question until the last century. The activists who took on the cause of woman suffrage came from all walks of life and all corners of the country.
This exhibit of vintage photographs, banners, and memorabilia, which runs through Dec. 8, is free.

SILENT MOVIE SERIES WITH LIVE MUSIC IN BRANDON
The Silent Movie series with live music continues at 7 p.m. Saturday, Sept. 14, at the Brandon Town Hall and Community Center. Located at 1 Conant Square. This month’s offering is “The Beloved Rogue” (1926) starring John Barrymore.
This epic costume adventure is based on the life of the 15th century French poet, François Villon. Wrongly banished from the Royal Court and sentenced to death, can the patriotic poet save France from an evil plot and while he’s at it, win the hand of his noble beloved?
Live music for the silent film will be provided by Jeff Rapsis, a New Hampshire-based performer and composer who specializes in scoring and presenting silent films. In accompanying films live, Rapsis uses a digital synthesizer to recreate the texture of the full orchestra. He improvises the music in real time, as the movie is shown.
Admission is free; donations are encouraged, with proceeds to benefit the Town Hall’s ongoing restoration.

INTERNATIONAL FILM SERIES
The 2019-2020 Hirschfield International Film Series kicks off on Saturday, Sept. 14, at Middlebury College with the 2019 multinational film “Monos,” (Colombia, Argentina, the Netherlands, Germany, Sweden and Uruguay), directed by Alejandro Landes. Landes’ third feature is a breathtaking survivalist saga set on a remote mountain in Latin America. The film tracks a young group of soldiers and rebels — bearing names like Rambo, Smurf, Bigfoot, Wolf and Boom-Boom — who keep watch over an American hostage, Doctora (Julianne Nicholson).
After an ambush drives the squadron into the jungle, both the mission and the intricate bonds between the group begins to disintegrate. Order descends into chaos and within “Monos” the strong begin to prey on the weak in this vivid, cautionary fever-dream.
The film, in English and Spanish with English subtitles, will be shown at 3 and again at 8 p.m. in Dana Auditorium on College Street (Route 125). It’s free. Some of the films in this series may be inappropriate for children.

DICK FORMAN JAZZ GROUP AT COLLEGE
What Is This Thing Called Jazz? The Dick Forman Jazz Group will perform on Saturday, Sept. 14, at 7:30 p.m. in Robison Hall at Middlebury College’s Mahaney Arts Center.
The DFJG offers an evening of sparkling, sophisticated mainstream jazz enhanced by another chance to look behind the curtain and see how jazz is created. Long a favorite of Vermont audiences, the group features Middlebury College Director of Jazz Activities Forman on piano, along with some of New England’s finest musicians.
It’s free and the public is welcome.

MUSIC SERIES AT OCB
As part of the 2019 Music Series at Otter Creek Brewing, Fiddle Witch will be performing at 5 p.m. on Friday, Sept. 13, in OCB’s pub space. Come on over for bluegrass night at the OCB Pub. Fiddle Witch will be entertaining with their incredible sound alongside some OCB Pub Food.
OCB is located at 793 Exchange Street in Middlebury. For more information, call 802-388-0727.

BLUES JAM IN BRANDON
The monthly (second Saturday of the month) Blues Jam, hosted by Tom Caswell at Sister Wicked in Brandon will take place at 8 p.m. on Saturday, Sept. 14. A signup sheet for musicians is available. Singers, guitarists, bassists, drummers, keyboardists, harmonica players; everyone is welcome to come and play the blues. Nothing but the blues from 8 until late. For more information, call 802-236-3368.