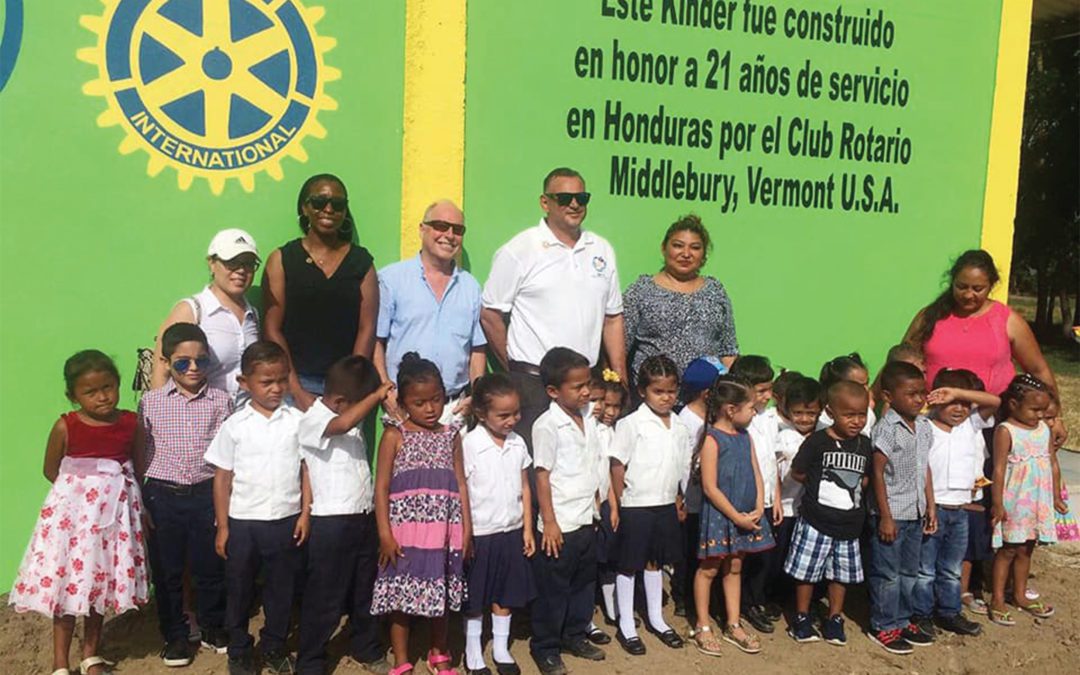 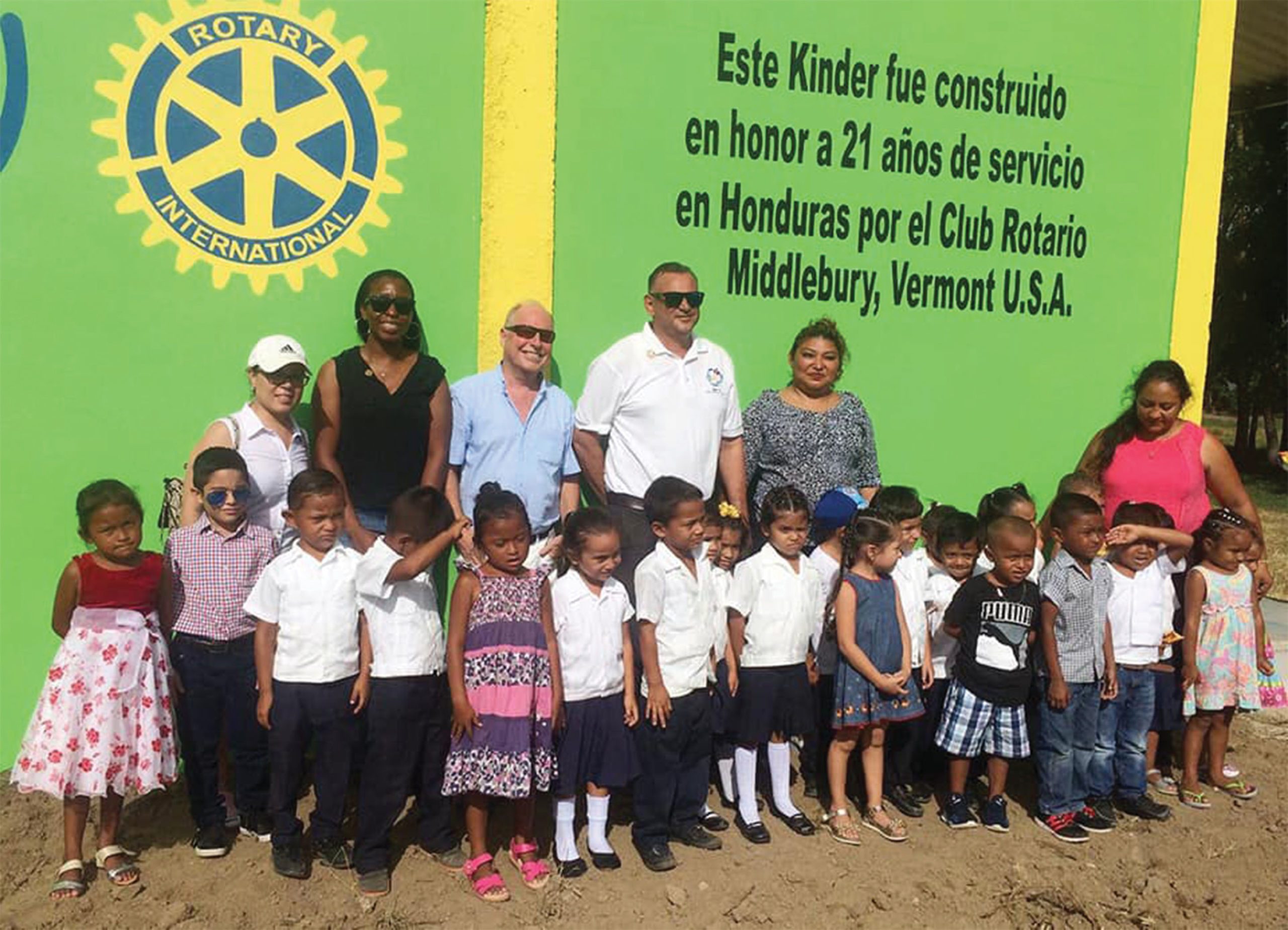 KINDERGARTENERS IN MARANONES, Honduras, line up for a photo. Their school was built in part with the help of former Middlebury Rotarian Tom Plumb and the Middlebury Rotary Club.

HONDURAS — In honor of the Rotary Club’s 21 years of service to Honduras, a kindergarten was built in the remote community of Maranones serving 40 children. Rotarians, including the Middlebury Rotary Club, provided the funding for the kindergarten and residents and volunteers constructed it.
In response to the devastation wrought by Hurricane Mitch in 1998, in early 1999, Rotary District 7850 (northern Vermont, northern New Hampshire and part of Quebec) sent a small delegation of Rotarians to Honduras to determine what Rotarians could do. Former Middlebury Rotarian Tom Plumb joined two other Rotarians on this trip visiting areas that needed low cost shelters for those left homeless by the hurricane. The club sponsored low cost shelter development in Danli, Choluteca, Marcala, Tegucigalpita and San Lorenzo, resulting in construction and infrastructure improvements for over 100 families.
Plumb went on to develop a tax-exempt non-profit, Hands to Honduras, Inc., that was affiliated with the Middlebury Club until 2007 and built schools and sent ambulances and hundreds of computers to help people throughout the country. In 2004, work crews of District 7850 Rotarians began visiting Tela, Honduras, and continue to assist in Tela to this day.