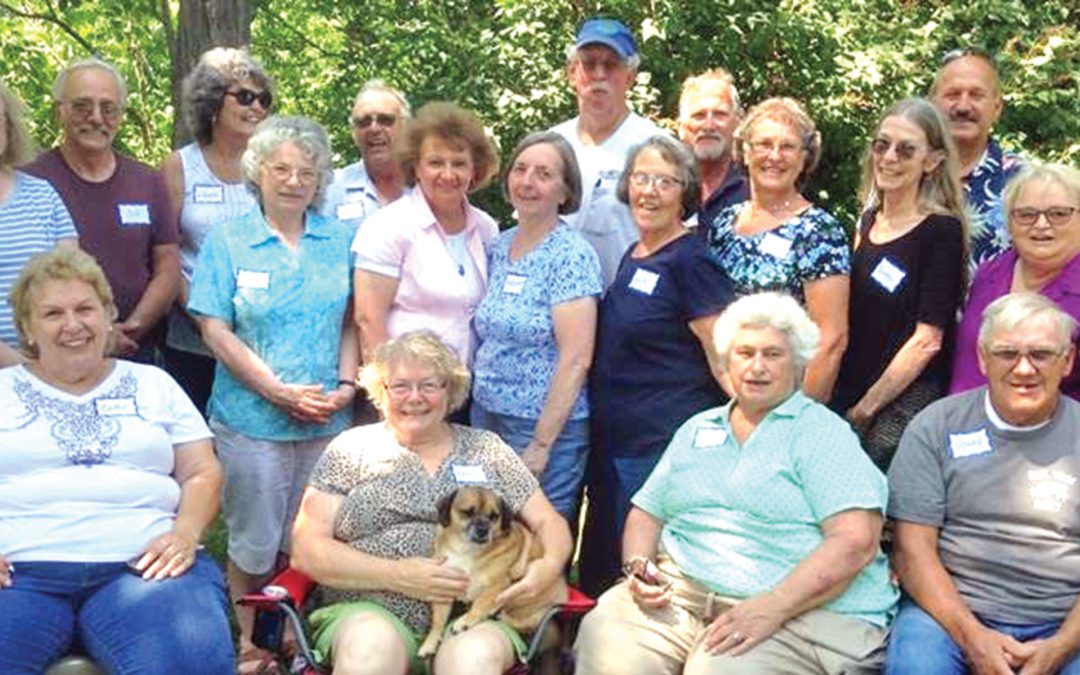 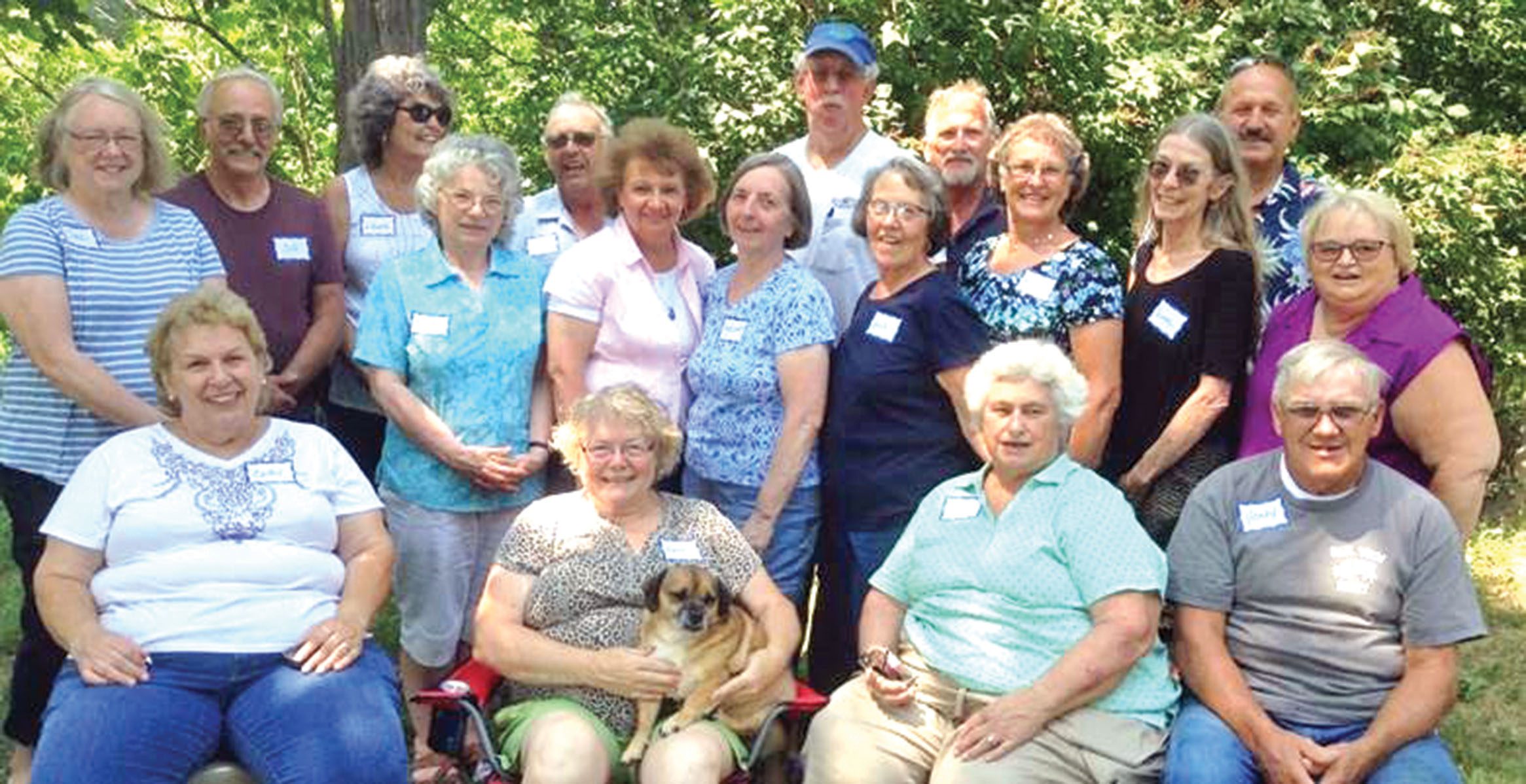 FERRISBURGH — Fifty-five years ago, movie tickets were $1.25, the New York World’s Fair opened and Congress passed and President Johnson signed the Civil Rights Act of 1964.
That same year, 38 students at Ferrisburgh Central School (FCS) graduated from eighth grade on June 5. Twenty-one of those graduating students had walked into FCS on its first ever day in September 1956. In 1966, FCS began sending 7th- and 8th-graders to the middle school in Vergennes.
A 55th reunion of the FCS Class of 1964 was held Saturday, July 27, at the home of Karlene DeVine to share memories, life accomplishments and enjoy the music of Alan Curler (banjo) and Joe Rivers (guitar) and the vocals of Jackie Rivers. Memorable to the Class of ’64 was that classmate Sid Jewell was not in attendance at the graduation, having just returned from the hospital after treatment for severe burns suffered in a farming accident. The junior high boys basketball team won a state divisional championship that year.  The Beatles made their first U.S. appearance on the “Ed Sullivan Show.”
“Attitudes and Their Effect on Learning” was the topic of the 1964 Valedictory speech by Margaret (Cushman) Shelley. One would wonder if that was the inspiration for her career with the Vermont Agency of Education.
During the ceremony, the hopeful young people sang “Let There Be Peace,” “I Believe” and “Climb Every Mountain.” A favorite teacher among the graduating students, principal Ronald Hasseltine, had accepted a post at Proctor High School. The Class of ’64 presented him with a plaque of appreciation.
The 1964 class motto, “Young Americans Today, Great Leaders Tomorrow,” is today reflected by their influence on their children and grandchildren.