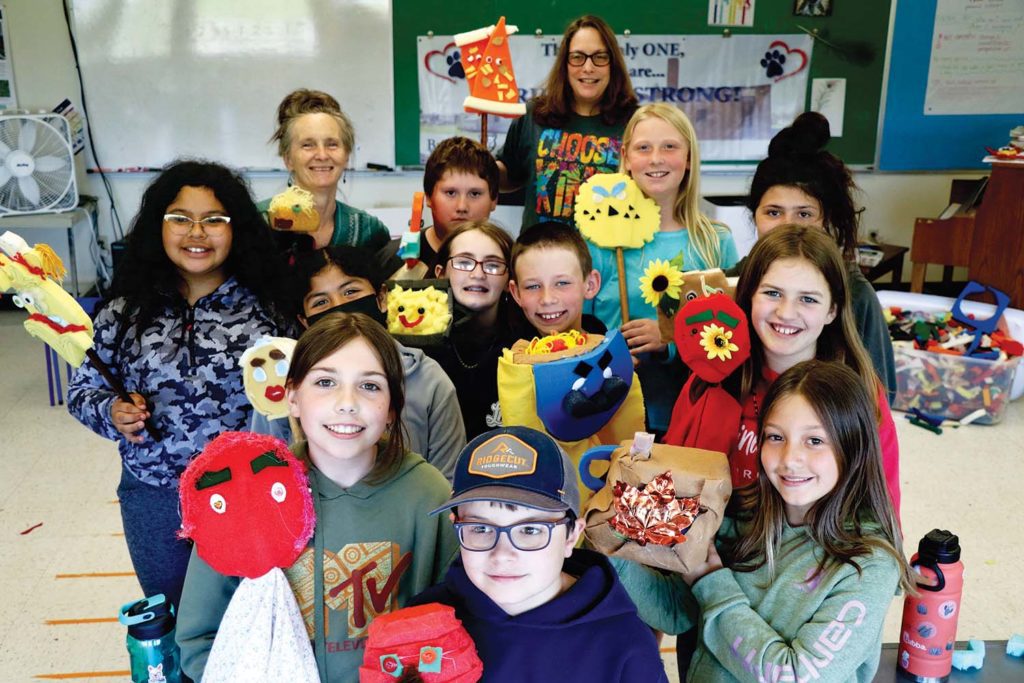 FOURTH- AND FIFTH-GRADERS at Bridport Central School show off their puppet creations on Monday as they work with puppeteer Barbara Paulson to stage a show they hope will be staged in August at the Addison County Fair & Field Days. Paulson and teacher Amy Poulin are coaching the children in writing and stagecraft to produce a play, loosely based on Shakespeare’s “Romeo and Juliet,” celebrating farmland, food and the community that comes together around it. Independent photo/Steve James 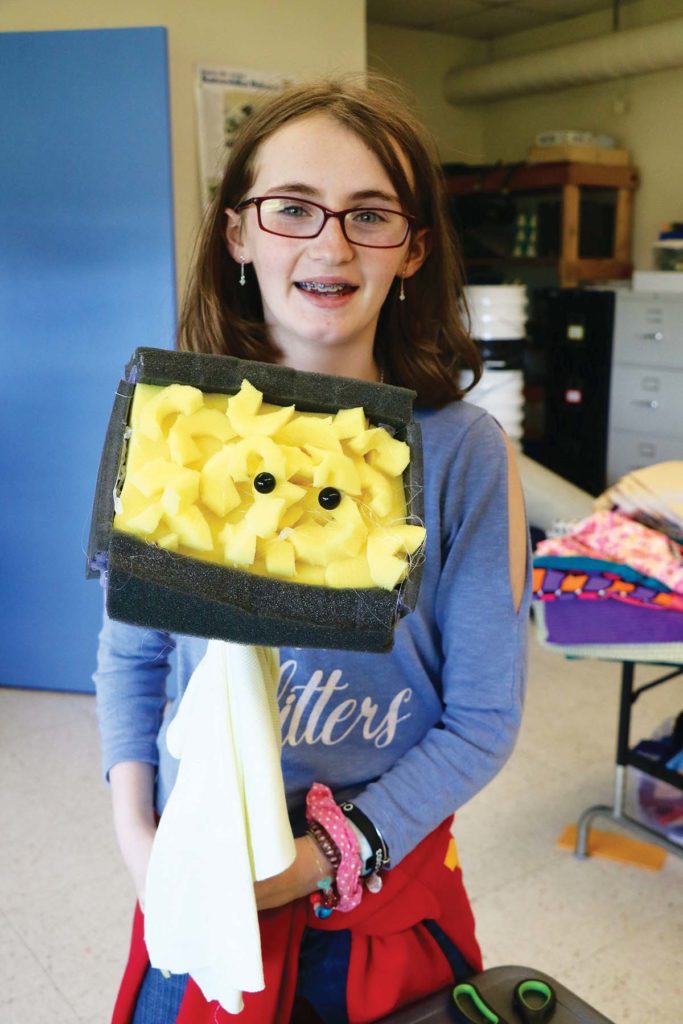 SOPHIA WELCH, A Bridport Central School student, shows off the creation she made with puppeteer Barbara Paulson. Independent photo/Steve James 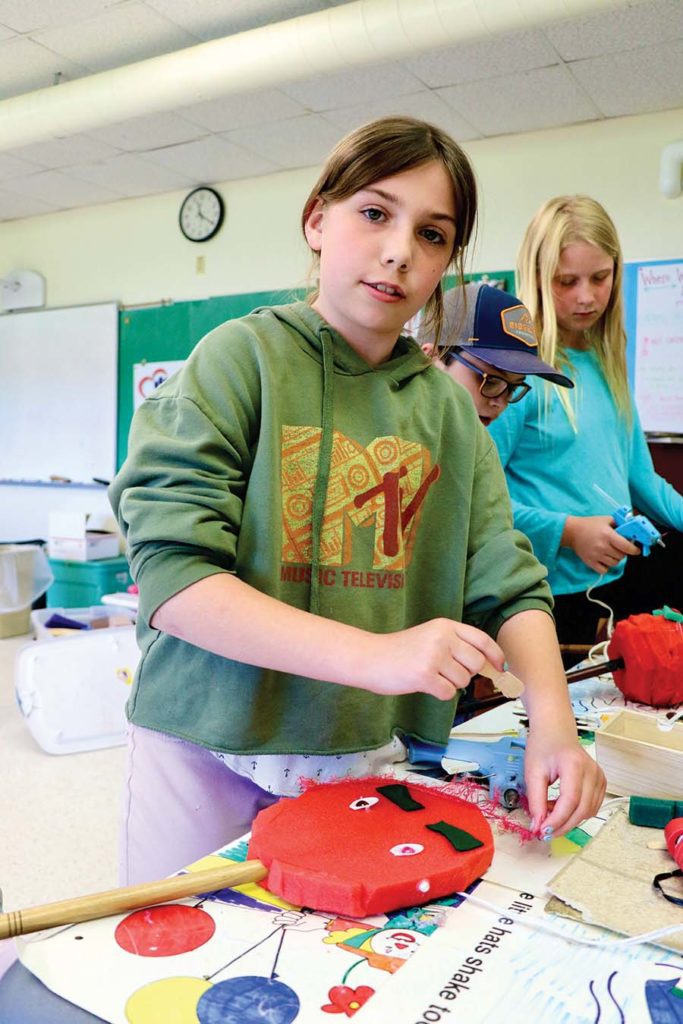 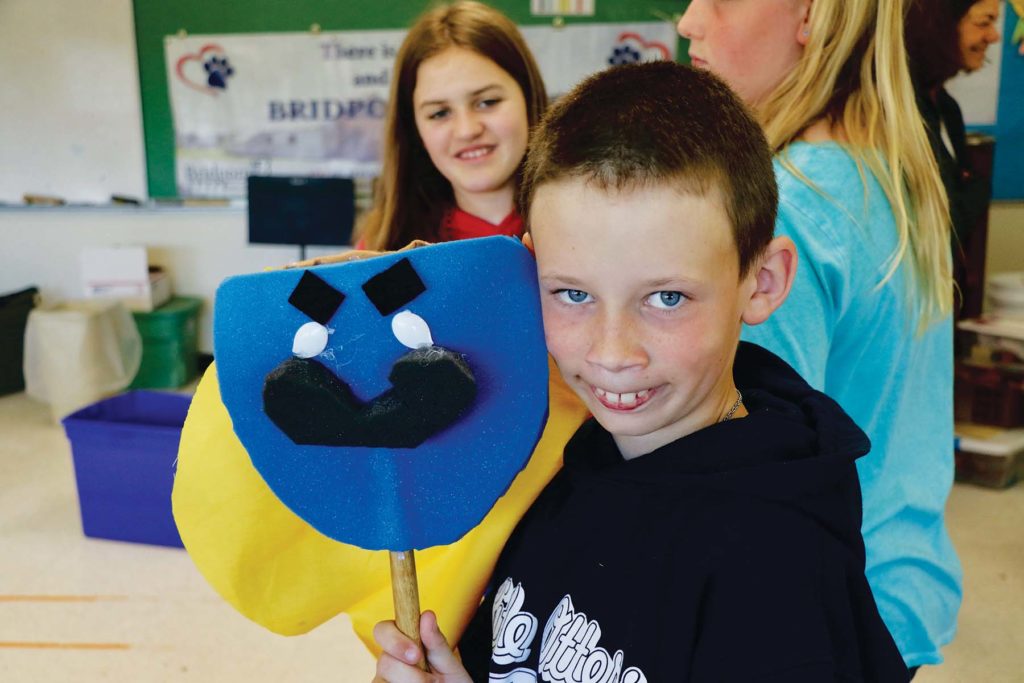 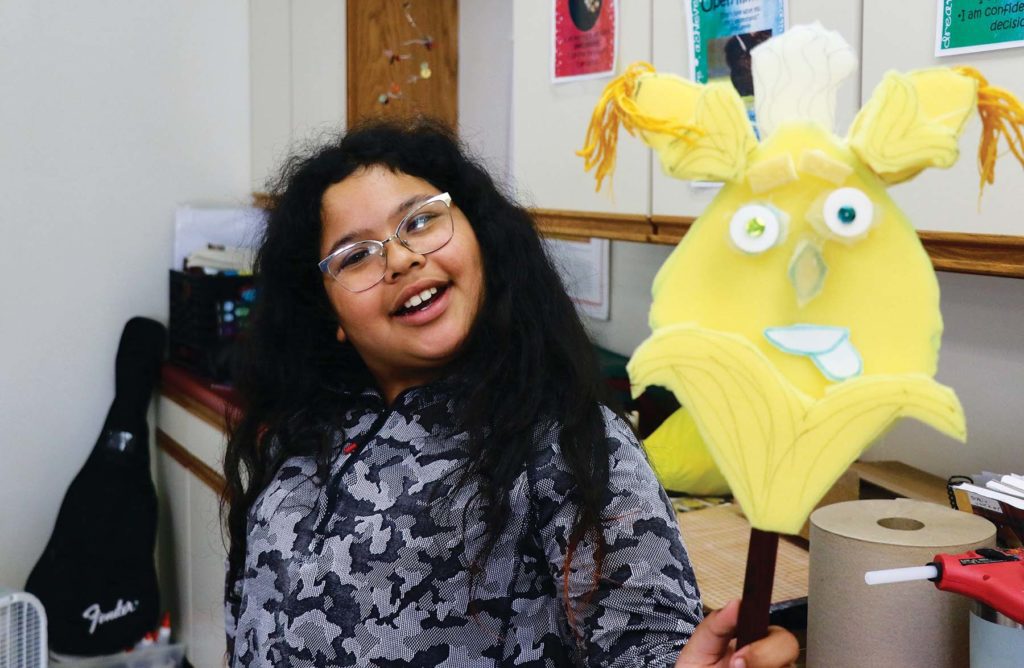