On May 31, a female victim alleged to state police that she’d been touched in a sexual manner by Jonathan Gay, 24, of Starksboro. The case was assigned to the VSP’s Bureau of Criminal Investigations. This week police formally cited Gay and then released him. He’s due to answer the charge in Addison County Superior Court, Criminal Division, on Jan. 23.

Vermont State Police during the past week dealt with four other incidents that troopers determined were worthy of alerting the public.

In the first case, Trooper Ryan Anthony reported on Nov. 8, shortly before 2 p.m., that officers responded to a minor two-car crash on Route 22A in Shoreham. Police reported a 2006 Chevy PT Cruise driven by Arlyn Sunderland, 49, of Shoreham had a tire malfunction that caused the vehicle to veer into the incoming lane and crash into a 2019 Hyundai Santa Fe driven by 63-year-old Cheryl Morrison of Salisbury. No one was reported injured and both vehicles sustained minor damage.

Separately, on Nov. 13, state police responded to a report of a domestic disturbance at a home on Morgan Road in Salisbury at 2:39 a.m. Trooper Sean Hauter alleged that James Thorpe, 21, had caused bodily injury to a household member. Police arrested Thorpe, took him to the New Haven state police barracks, cited him for domestic assault, then released him.

Then, later on Nov. 13, Trooper Anthony reached out to the public asking for help finding a missing ATV. At around 8:30 a.m. on Sunday, troopers were notified of the theft of a red Honda Rancher 420 with plastic crates from a property on North Cream Hill Road in Bridport. Police were told the vehicle was stolen between 6 p.m. on Saturday and 5:30 a.m. on Sunday. An investigation revealed the ATV had rolled away from the residence and picked up farther south on North Cream Hill Road.

The Vermont State Police are asking anyone with information regarding this incident or the whereabouts of the ATV to please contact Trooper Anthony at the New Haven Barracks at 802-388-4919. 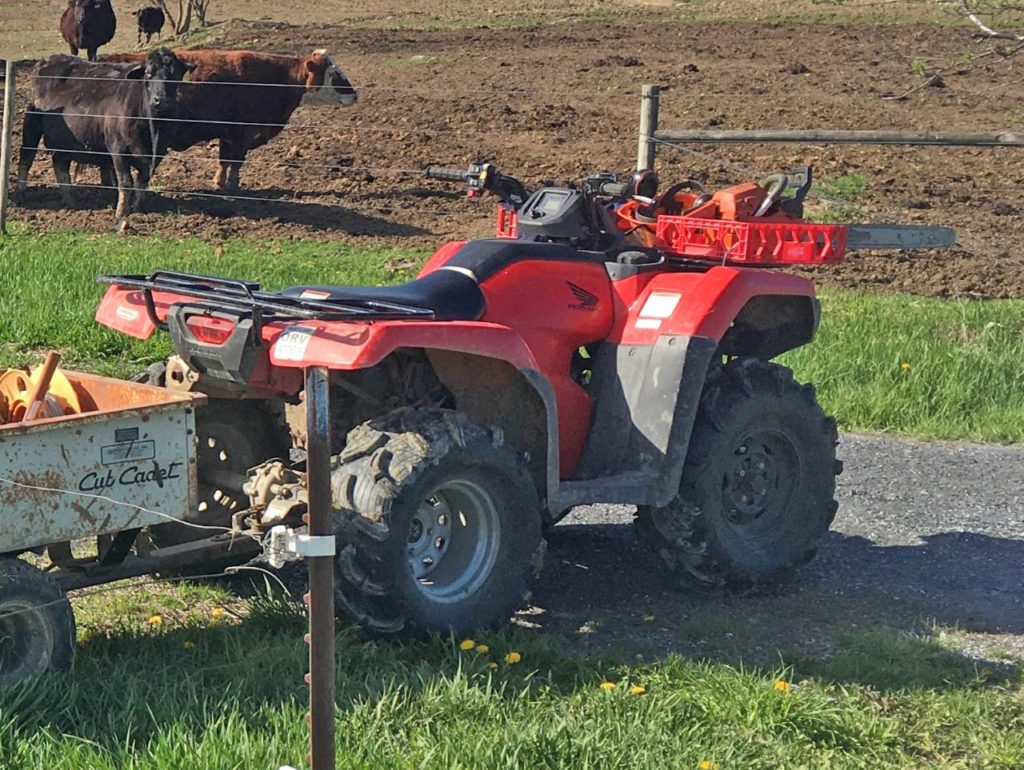 Finally, on Nov. 15 at 12:30 a.m., state police logged a report of a man passed out in a vehicle in the Ferrisburgh Park and Ride lot. After looking into the report, police determined that the man, identified as 32-year-old Gregory Stowe of Vergennes, was in violation of multiple court-ordered conditions of release. Police cited Stowe for violation of conditions.

When someone called Vermont State Police last Friday at around 10:35 a.m. to report a susp … (read more)