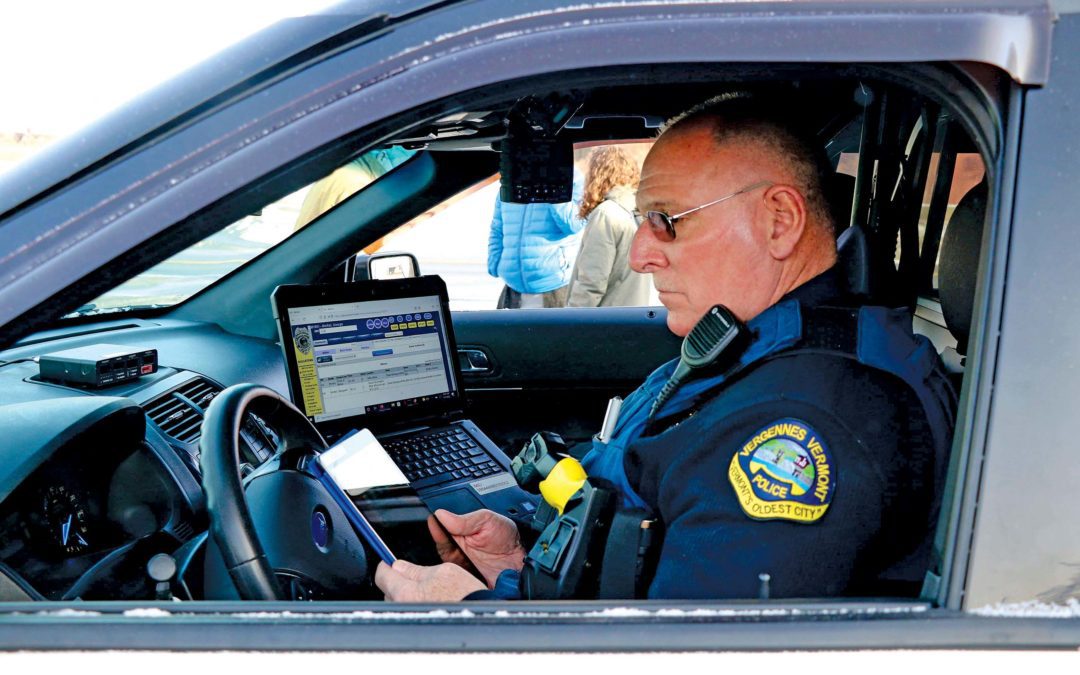 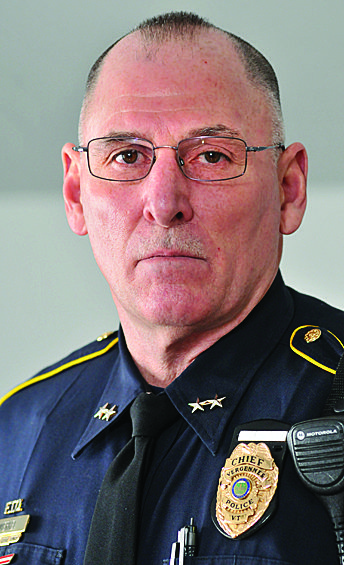 VERGENNES — The Vergennes City Council on Tuesday, Oct. 27, approved a resolution honoring Vergennes Police Chief George Merkel for his 13 years of “dedicated service” to the city.

The resolution cited his work to transform the city police department into a respected, professional and well-trained force from its “state of disarray” prior to his 2009 hire; his community service, especially to young people; his other professional accomplishments; his restorative justice initiatives; his creation of Project Vision North, which enhanced police cooperation with area social service agencies; and his ability to obtain outside funding for the city department.

See below for full text of the proclamation.

“We’re very happy for George,” said Mayor Matt Chabot at the meeting. “But we’re losing such a well-respected chief.”

City Manager Ron Redmond suggested another step the council could take — to create a fund in Merkel’s name that could be used to aid those in need, for whom he said the chief always worked so hard.

Redmond suggested such a fund could be supported with tax deductible donations, and in response to a question agreed it was also possible it could be a city general fund line item.

Chabot suggested that $5,200 due to the city as part of a national opioid settlement could also be used to seed the fund. The council made no decision on Oct. 27, but pledged to revisit the idea soon.

As Redmond put it, “I think what the chief has accomplished is legacy stuff.”

The proclamation the Vergennes City Council approved unanimously on Oct. 27 read as follows:

WHEREAS, Chief Merkel joined the Vergennes Police Department as Chief in 2009; and

WHEREAS, at that time, he inherited a police department that was in a state of disarray on multiple fronts; and

WHEREAS, through his leadership, he transformed the City’s police department into an organization that is today recognized as professional, well-trained and well-organized; and

WHEREAS, over the course of his career in law enforcement, Chief Merkel has been recognized by his peers as a leader and collaborator.  He has served as president of the Vermont Police Association, is a member of the leadership and training team at the Vermont State Police Academy and has served on numerous State-wide committees created to address public safety issues and policies; and

WHEREAS, during his tenure as chief, he has been a leader in efforts to reduce reliance on the criminal justice system and implement restorative justice initiatives; and

WHEREAS, through his vision and passion, Project Vision North was created to bring law enforcement and social service agencies together in northern Addison County, to resolve quality of life issues before they evolve into situations requiring direct and traditional law enforcement; and

WHEREAS, Chief Merkel successfully leveraged federal and state grants to fund training and development program, and to secure equipment and technology that has strengthened the department’s effectiveness, accountability, and its reputation; and

WHEREAS, Chief Merkel successfully secured funding from the Governor’s Highway Safety Program that brought enhanced technology to our fleet, and helped provide additional coverage to our city; and

WHEREAS, throughout his career, Chief Merkel has coached and mentored countless young people, helping them to overcome barriers and achieve personal goals; and

WHEREAS, Chief Merkel is an ardent Yankees fan and his on-going rivalry with local Red Sox fans is legendary and has brought much joy and laughter; and

WHEREAS, the City of Vergennes is proud to recognize the numerous achievements of George Merkel, Chief of the Vergennes Police Department; and

NOW, THEREFORE, BE IT RESOLVED, that the Vergennes City Council expresses their sincere appreciation to Vergennes Police Department’s Chief George Merkel for his years of dedicated service and congratulate him on his retirement.” 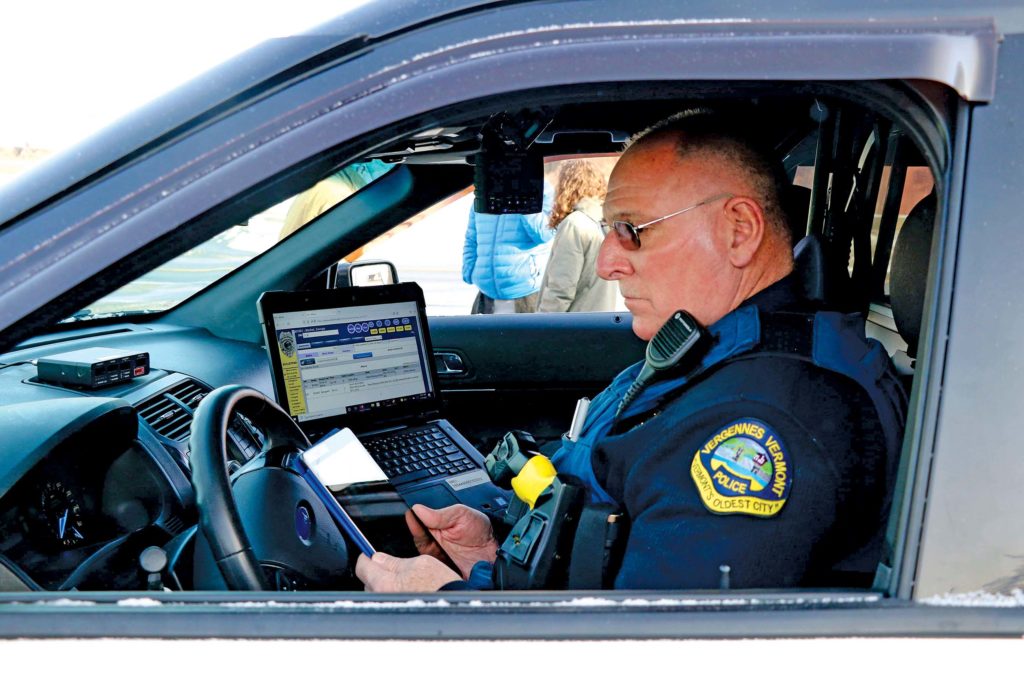 The Vergennes City Council this week praised city Police Chief George Merkel, shown on the job earlier this year, after his 13 years of service to Vergennes and his transformation of the department into a more professional organization. Independent file photo/Steve James