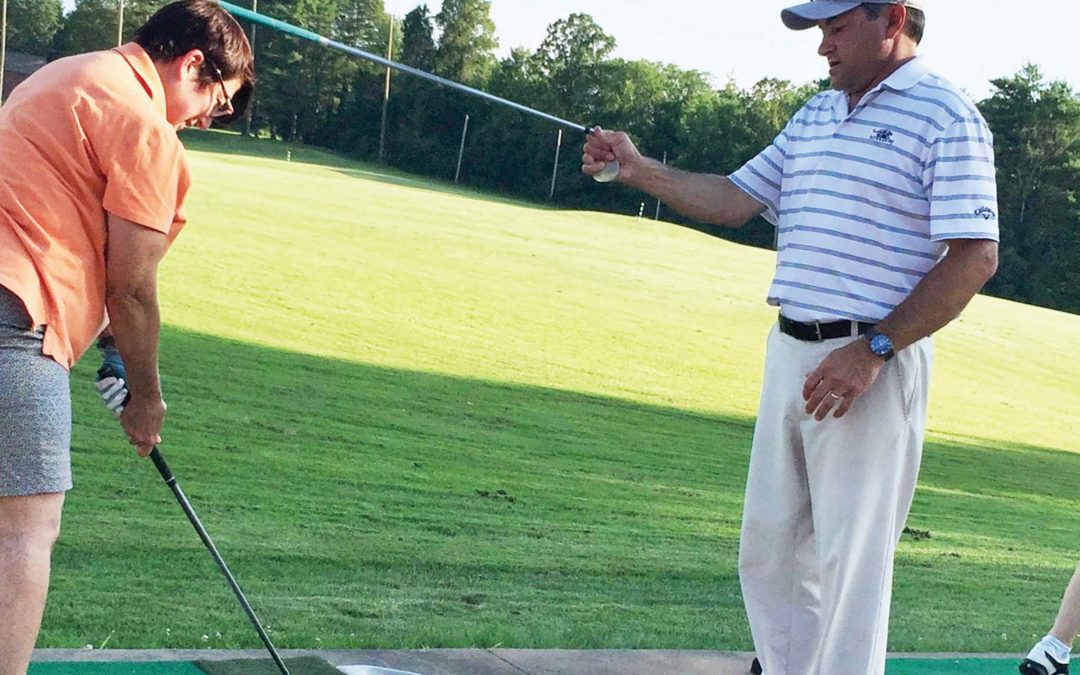 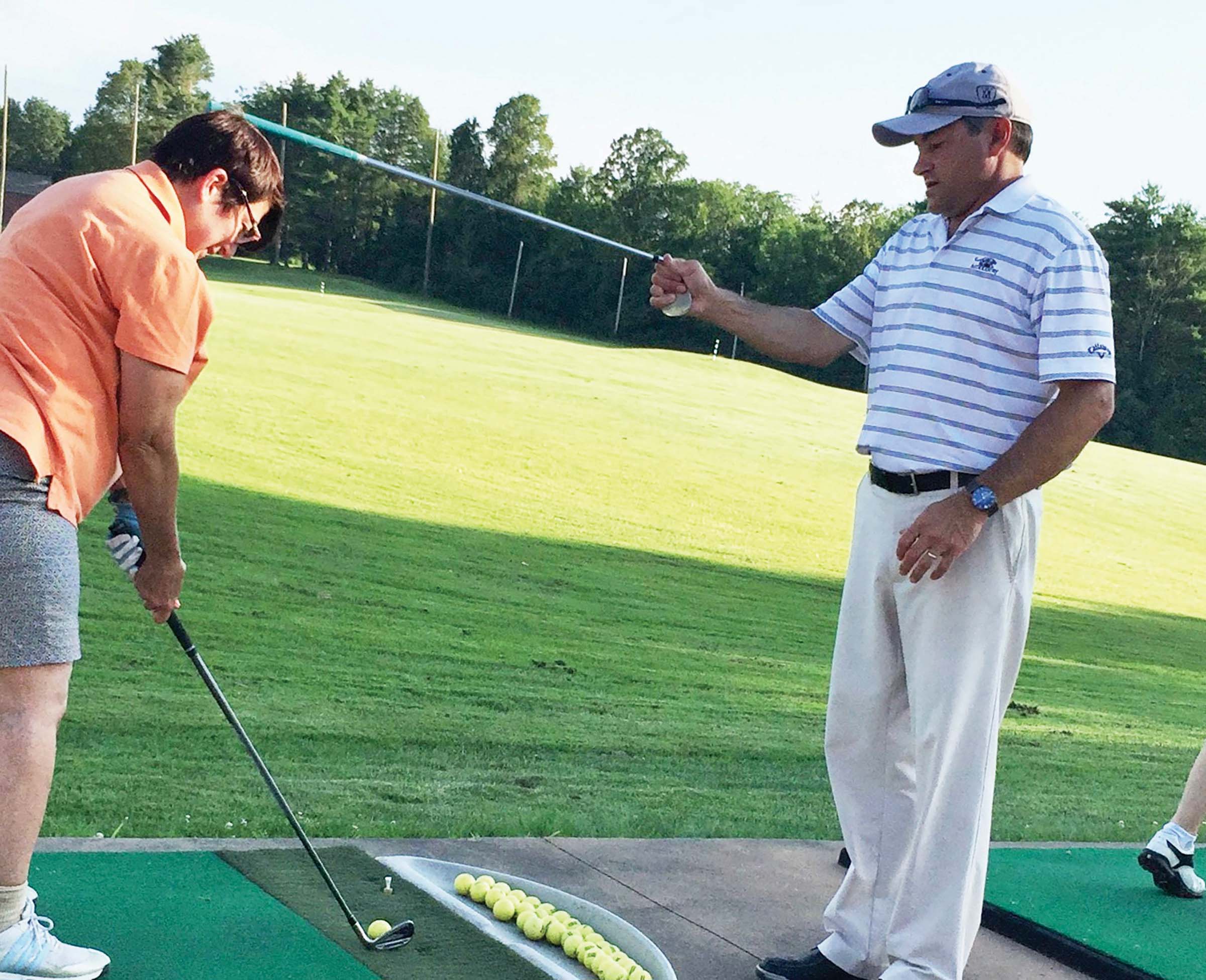 Paul Politano hardly played golf at all growing up in southern Vermont (Wilmington). “My dad never let me play,” he said in a conversation last week outside the golf shop at Middlebury’s Ralph Myhre Golf Course, where Paul has been the golf pro since 2017. “He felt that unless you caddied, the golf course was no place for a kid.” After Paul became a golf pro, his dad became an avid golfer.

Instead, Paul played other sports and was on the soccer, skiing, and baseball teams at Avon Old Farms in Connecticut, where he went to high school. In college at St. Lawrence University he played on the soccer team and “messed around” with golf.  “My dorm freshman year was right on the golf course, so my friends and I would grab some clubs, sneak on the course and play a three-hole loop.”

While at St. Lawrence (1984-89), he knew Erika Neuse of Middlebury, also a student there, but not very well. It was four years later that they met again (under interesting circumstances!), married, settled in Brandon, and set about raising four extraordinary kids — Mia, now 19, a sophomore at Middlebury College, twins Thomas and Elena, 17, seniors at Otter Valley Union High School, and Lucas, 15, a sophomore at OVUHS.

But we get ahead of ourselves.

When Paul graduated from St. Lawrence, he got his real estate license and planned to pursue a career selling homes. A downturn in the real estate market in the ’80s and early ’90s put an end to that. Other enterprises followed; short-term he managed a night club at Haystack. He started to play golf more seriously and “got good at it pretty quickly,” so he headed for Arizona in 1991 to a recently opened golf club outside Phoenix in “the middle of the desert,” doing whatever it took, “cleaning clubs, working the range, anything.” 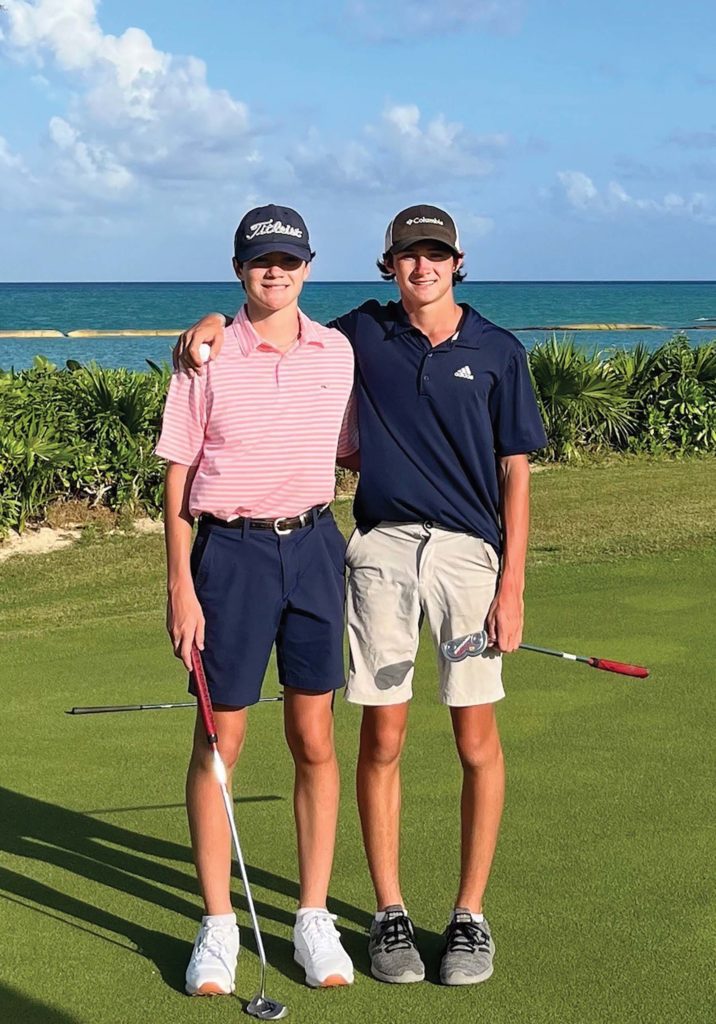 THE POLITANO BOYS, Lucas (left), a sophomore at Otter Valley Union High School, and Thomas, a senior at OVUHS, pose for a photo in Mayakoba, Mexico, last February. Thomas was a leader of the state champion Otter boys’ golf team. At 15, Lucas is ranked in the top 100 golfers in the country in his age group.

There in Arizona, Paul decided to take the steps required to become a PGA pro. He bought a house and assumed a life there. In the fall of 1994, however, his mother became ill with cancer, and he took what he thought would be a “sabbatical” for the next summer. He got a job teaching golf at the Stratton Golf School in Stratton, Vt.

This is where Erika comes back in.

After her graduation from St. Lawrence in ’91, she came home to Middlebury for a year, assisted Gail Jette coaching the MUHS field hockey team, and worked at Mister Ups, while applying to graduate schools. She attended Syracuse University and earned a master’s in social work. Since 1994, Erika has been a counselor and school social worker for Rutland City schools.

She was an athlete growing up in Middlebury (field hockey, tennis) and enjoyed playing golf at Ralph Myhre. In the summer of ’95, she and her family took a golf vacation at Stratton Mountain that included lessons at the golf school. Serendipity! She and Paul remembered one another from their college days — and were engaged three months later.

Paul became the first PGA pro at Brandon’s Neshobe Golf Course in 1996, and he and Erika bought a house in Brandon, where they still reside. Other postings in Vermont followed at Crown Point Golf Club in Springfield, where Paul was the pro for 12 years, and then five years at Montague GC in Randolph. Paul commuted to these posts from Brandon.

In 2009, Erika won the Vermont Women’s Mid-Amateur championship at Haystack Golf Course in Wilmington. That was the course where Paul’s dad was a member. He had died just a few months earlier and Erika had played many rounds with him. Paul had proposed to Erika on the 10th hole at Haystack.

“It was very emotional,” she recalled. “One of the other players said, ‘I think your father-in-law is with you.’” She won the tournament with the benefit of a hole-in-one.

Now, to those talented Politano children:

They are all golfers, but they are old-fashioned athletes: They play multiple sports, enjoying the sport that is in-season, while still concentrating on golf, even to the point of playing on both the OVUHS soccer and golf teams in the fall.

Mia, the oldest at 19, was the high school state individual champion in golf her sophomore and junior years, and also played on the soccer, basketball, and softball teams at Otter Valley. Last spring, as a first-year at Middlebury College, she played on the women’s golf team that finished third in NESCAC, despite two of their best players studying abroad. 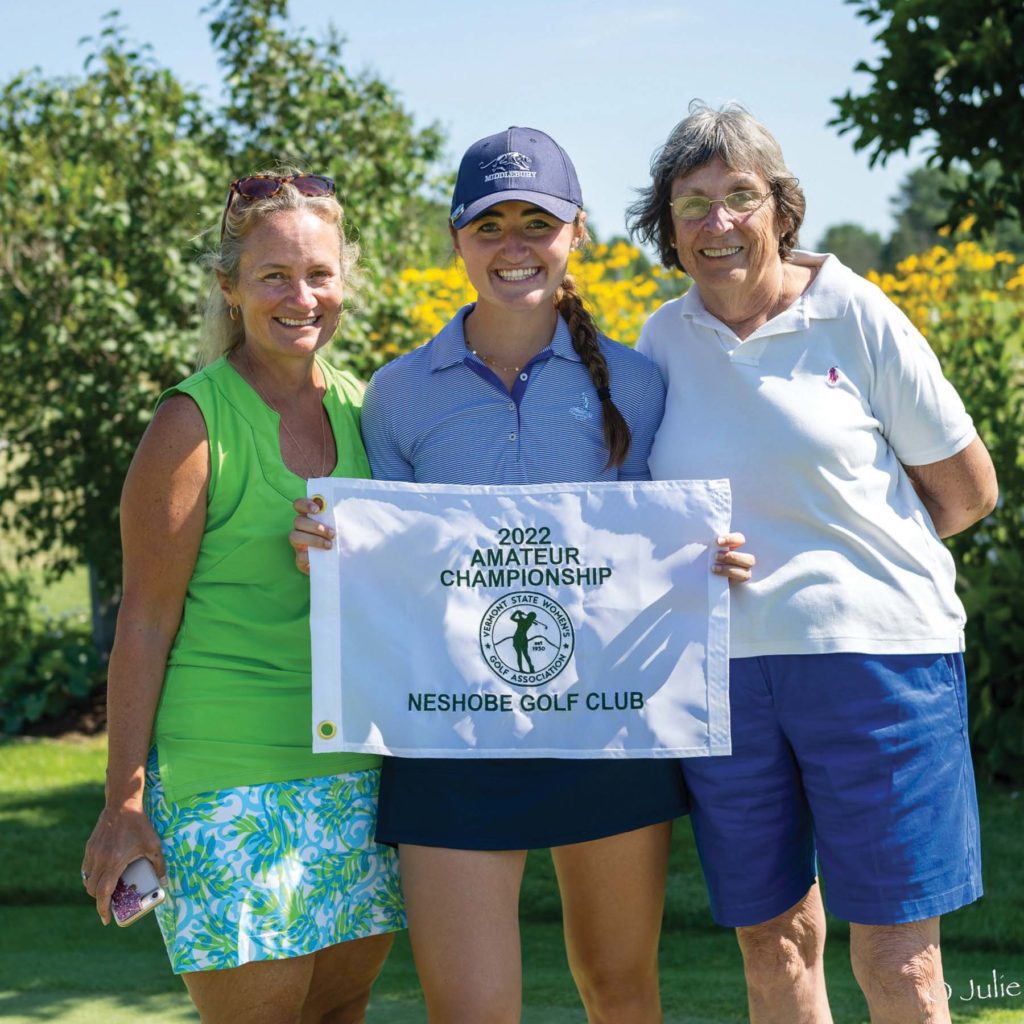 Mia’s sister Elena (17) likes golf, but soccer is her passion. She plays on the Otter Valley basketball and soccer teams — and for Fusion Soccer, a highly competitive travel team in the summer. “She’s got a great swing in golf,” her father says, “but she likes the faster moving sports.” She hopes to play soccer in college.

Elena’s twin brother Thomas, along with younger brother Lucas, led the Otters to the Division II state championship in boys’ golf last year. He too is a four-sport athlete: soccer, basketball, and lacrosse as well as golf

He is a good golfer (low to mid-80s), who would like to play in college, but his keenest interest is in the golf course itself. He worked in course maintenance at Ralph Myhre this summer and “fell in love with getting up early,” his dad says. He hopes to attend a college that offers courses in turf management

Lucas (15) is the best young golfer in the state of Vermont, certainly one of the best in New England, and perhaps in the country. He is ranked in the top 100 golfers his age in the U.S. by Junior Golf Scoreboard.

For the past two summers, Lucas has been playing in tournaments throughout New England, and farther afield, and doing well indeed. In 2021, he played in the New England Junior (13-18) “Elite” Tour and won two of the tournaments (at age 14), one in New Hampshire and another in Massachusetts.

This summer, he played in the American Junior Golf Association tournament in Killington, “with kids from all over the world” (13-18) and finished 5th of 92. Then he played in the New England Junior PGA Championship in Shaker Hills, Mass. — and won, again against players older than he.

In this sophomore year at OVHS, Lucas will play on the soccer and golf teams this fall and then basketball this winter.

It will be fun to watch Lucas progress in his golf career.

We’ll give Thomas the last word. When asked what he likes about golf, he responded in an email: “I love being on the course, especially on the greens just watching the ball roll over the grass and right into the cup, and the noise it makes.”