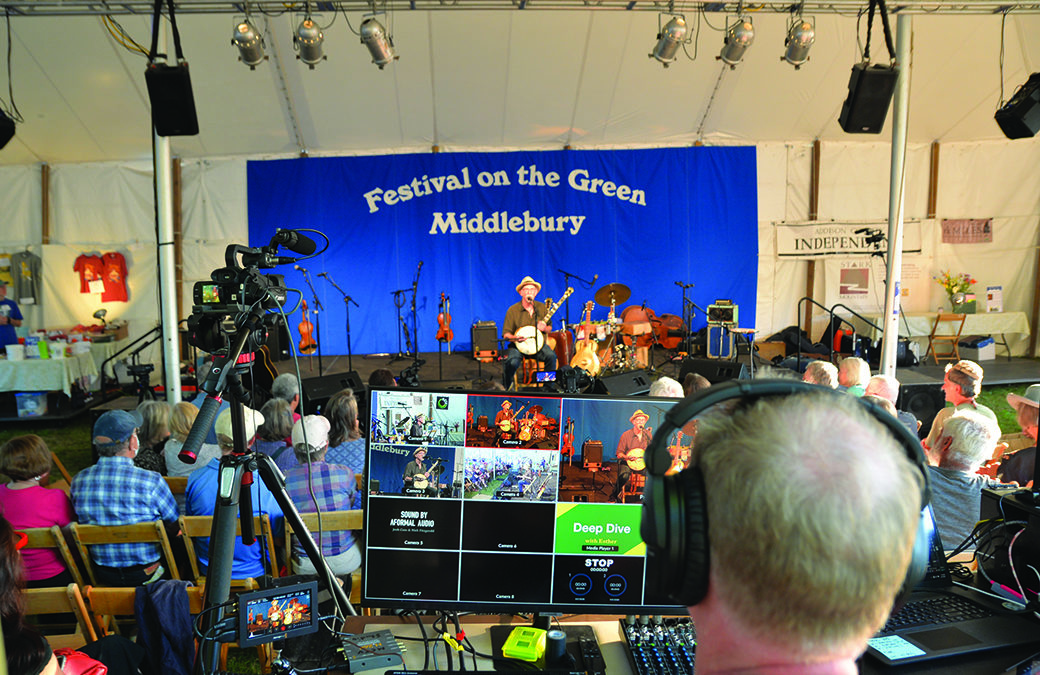 A VIDEO CONSOLE to monitor input from multiple cameras filming a live event, like this one operated by Kurt Broderson at last month’s Festival on the Green, will be used by the new Addison Art Media Partnership to stream live events. Independent photo/John S. McCright
By John Flowers

“The pandemic made clear that many art producers in Addison County were ill-equipped to pivot proficiently in terms of digital content creation.”
— Lisa Mitchell

MIDDLEBURY — Middlebury’s Town Hall Theater has landed a $120,000 state grant to establish a “multi-camera media hub” within its performing arts center, equipment that will allow the organization to livestream a variety of entertainment and cultural events that fans near and far will be able to view in real time or on play-back — some for free, some for a fee.

But the Addison Art Media Partnership (AAMP), as it’s being called, won’t just benefit Town Hall Theater and its patrons. It’s expected to unite a broad group of community partners — including Middlebury Community Television (MCTV), the theater’s 12 resident companies and members of the business community with arts programming — “under a single digital umbrella,” according to THT Executive Director Lisa Mitchell. She successfully applied for the Vermont Arts Council grant, which will be spent over three years. 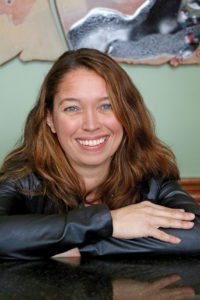 Mitchell explained that THT leaders have long been yearning for enhanced digital technology, but it was seen as a heavy financial lift for the non-profit arts organization. But the COVID-19 pandemic made a digital upgrade more of a necessity than a luxury, as THT — like other performing arts centers worldwide — had to cancel in-person events. Sadly, the resulting revenue hit forced some venues to close permanently. Organizations that survived, such as THT, made ends meet through ongoing support from boosters, paring costs, staging some performances outdoors and by bringing entertainment to patrons through their home computer screens and televisions.

It wasn’t easy and there were glitches along the way.

“The pandemic made clear that many art producers in Addison County were ill-equipped to pivot proficiently in terms of digital content creation,” Mitchell conveyed to the Vermont Arts Council through THT’s grant application. “THT and its resident companies certainly felt this challenge. Through trial and error, we found ways to connect with audiences through technology, from less-costly Zoom performances to hiring an expensive camera crew to film a full-length opera. In all scenarios, there was a steep learning curve. Without tools or training, we remain woefully unprepared for the digital age or another pandemic surge.”

Representatives of the state’s performance halls last year successfully lobbied the Legislature to earmark funds to sustain arts organizations and set them up for long-term success — in good times, as well as during this and future pandemics. Around one-third the THT’s $120,000 grant will pay for a four-camera setup, with three of them wired and placed at strategic locations in the theater. The fourth will be more mobile, operated from a boom or tripod.

It’s a setup that will include video monitoring equipment for one or more people to coordinate camera switches and other production work during performances.

But the bulk of the grant money will be spent on training people to use the equipment and to partially fund a tech position at THT. This will ensure the equipment is effectively used for a long time after the three-year grant expires, Mitchell explained.

“It’s important for us that we have the tools and the training in order to be able to continue to connect with the community through the arts in various ways,” she said.

And it’s clear MCTV and its executive director, Kurt Broderson, will play a big role in the use of equipment and in training people to run the cameras. The local community access station is based in the Ilsley Library and has a small staff, but also a dedicated corps of volunteers who are out at local meetings and events that are broadcasted to viewers in real time on channels 1071 & 1091 (for Comcast subscribers) and through recordings available via MCTV’s YouTube channel.

“Kurt has been wonderful,” Mitchell said. “He connected us with a vendor who will be doing installation of the cameras. He has been integral to the process of helping us determine what we’ll need and how it can be best used and rolled out.”

Broderson said the partnership makes great sense for all involved. And the big bonus for MCTV is it’ll be able to add, to its broadcast schedule and archives, any free THT performances that station representatives help film. MCTV is also prepared to subcontract services to THT on projects that aren’t public and free, according to Broderson.

“This is a great arts-and-culture powerhouse to win this grant,” Broderson said. “I felt confident about it, and I think it’s a real win-win.” 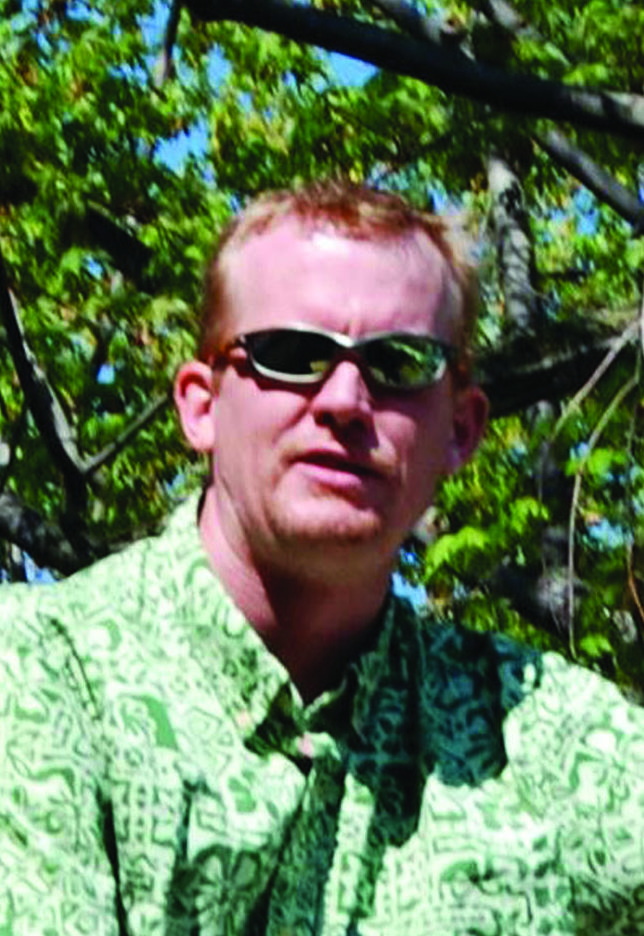 Once operational, AAMP will have its own website, featuring a menu of program options. Viewers will be able to order, and pay for, the program of their choice. Once payment is received, a code — and the entertainment platform through which the program is accessed — will be forwarded to the customer to access the program.

Organizers will have a lot of work to do during the next few years, including installation of the video equipment, launching the AAMP website, training folks, selecting and coordinating content and involving stakeholders. But Mitchell is confident it’ll be worth it. She said AAMP will be able to offer far more than just performances. We’re talking the potential for arts-related podcasts, educational programming and interviews with artists previewing upcoming attractions.

And eventually, when THT amasses a large enough reservoir or recorded programs, it could offer a paid subscription option.

With that kind of convenience and access, is there a concern folks will stop filling the seats at the historic THT?

“I expect there will always be demand for live theater,” she said. “Nothing can replace that feeling of being in a room together, laughing and reacting to something you’re all sharing and witnessing. But I think for some people who are a little wary and want more options to engage, digital is a great channel.

“We don’t plan on becoming a TV station.”