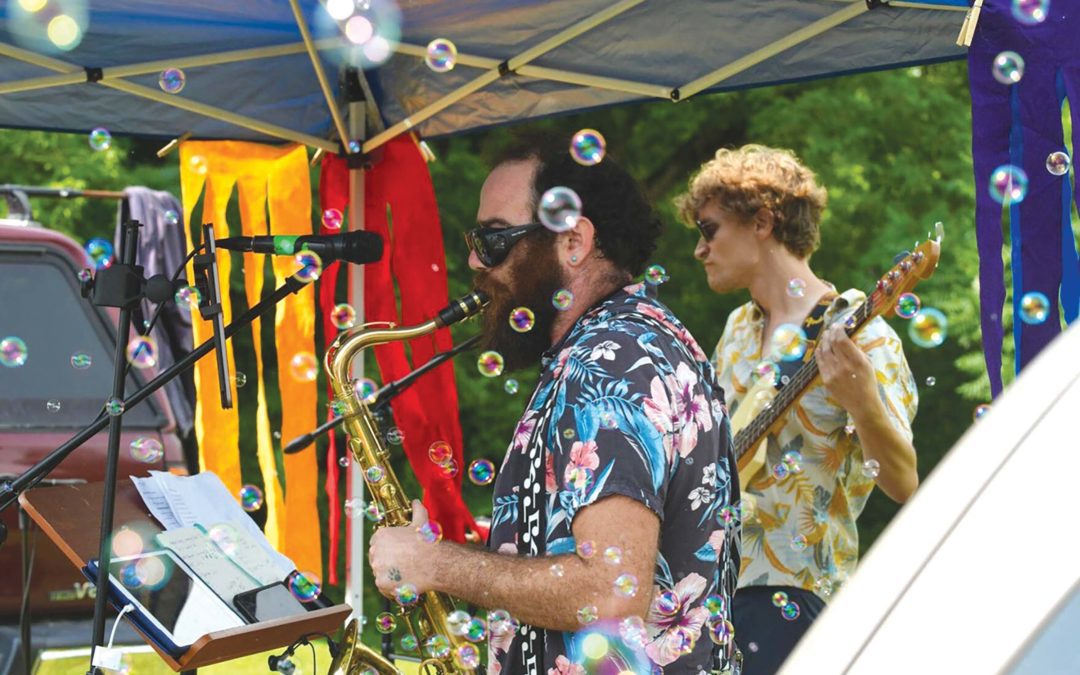 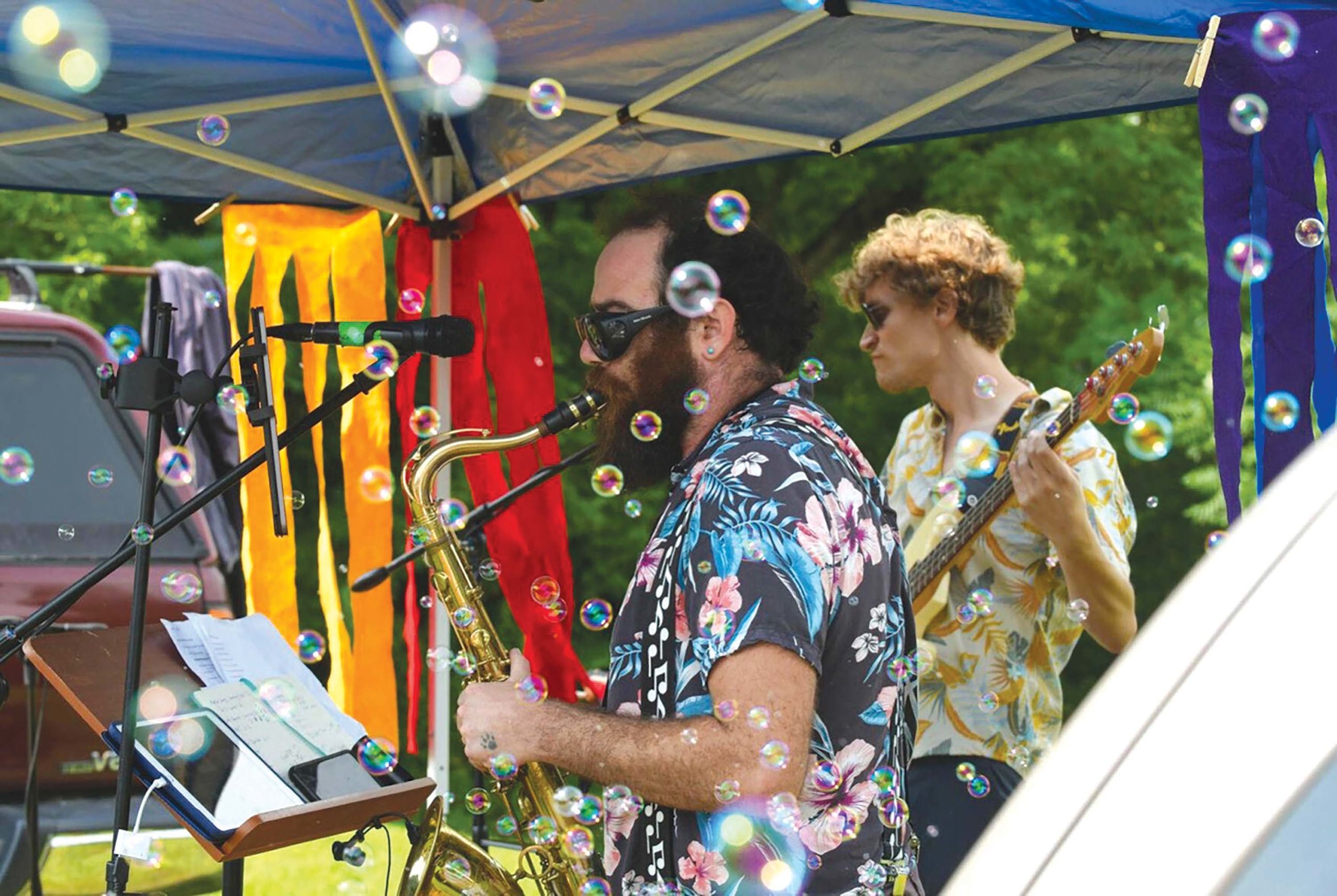 MOOSE JR, WHOSE set list includes family-friendly, upbeat and mostly familiar songs kids will be able to sing and dance to, will perform on Saturday at the Children's Concert at the Addison County Fairgrounds.
By Sam Lipin

It can be tough for young kids in frigid Vermont to find ways to release all of their energy while cooped up inside, but help is on the way. This Saturday, July 23, at the Addison County Fairgrounds, the Vermont Children’s Museum will host a concert for young children that will give them a chance to burn off a little energy now and also will raise money toward creation of an indoor play space in Middlebury come winter.

The non-profit Vermont Children’s Museum was created by in May 2021 with the goal of providing a creative and engaging space for young families to bring their kids to play, learn and interact with other children and families.

Performers at Saturday’s concert will include singer and songwriter Jon Gailmor as well as Moose Jr., the children’s oriented version of the band Moose Crossing. Zak Hampton, lead vocalist and front man for Moose Crossing, started Moose Jr. as a way to break families out of isolation for an entertaining taste of community celebration. The band’s set list includes family-friendly, upbeat and mostly familiar songs kids will be able to sing and dance to.

“We hope to expose kids to the joy of making music, listening to music and engaging with music,” said Hampton. “When the moose is on the loose, it’s always an energetic good time.” 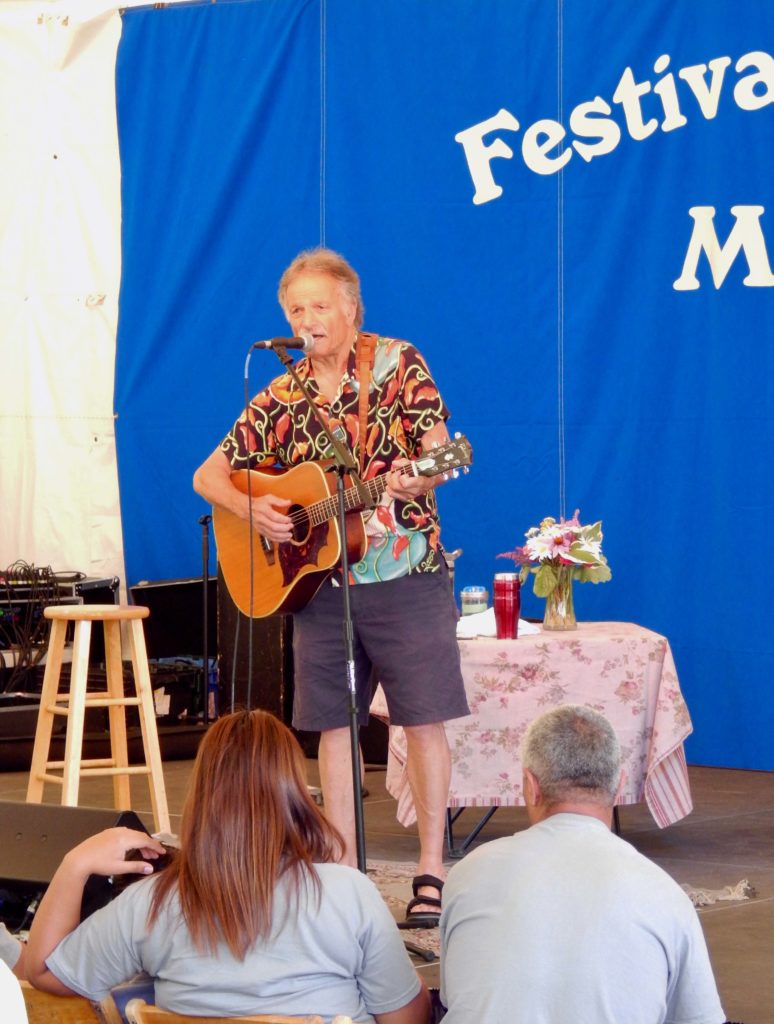 LOCAL CHILDREN MAY already be familiar with the music of Jon Gailmor, a regular at Middlebury’s Festival on the Green.

Beyond his work in the two bands, Hampton is also a music teacher at the West Rutland School. He says his experience as an educator contributes to how he performs Moose Jr. concerts, where he looks to bring joy to kids who might be having a tough time. “Children have always been near and dear to my heart,” said Hampton. “Meeting them where they are and bringing them joy through making music and experiencing music is very important to me.”

Although he has not yet done any work yet with the Vermont Children’s Museum, of VCM, Hampton said he believes the mission of the nonprofit aligns with his own goals for his music. “I believe deeply in the programming of the VCM,” he said. “I think our music and method of community and togetherness ties nicely with theirs and I look forward to creating and fostering a relationship that’s much deeper than it is right now with them.”

Apart from the music, Saturday’s event will feature lawn games, bubble stations, art activities and a snack and merchandise tent.

Although the long-term goal of the Children’s Concert is to raise money for the creation of a VCM indoor play space, it’s also intended to teach kids to appreciate music in a county that is very musical, though the live performances generally cater to an older audience.

“The VCM board is filled with music lovers, so we’ve been wanting to do something for very young children,” said VCM President Kerianne Severy. “Middlebury is a very artistic space, but a lot of the events are not accessible to young families.”

Though the VCM has participated in pop-up events at other venues such as the Bristol Harvest Festival and the Addison County Fair and Field Days, this will be the organization’s first event all on its own.

“It’s not a huge space but I think it would work for us as a great place to start and be able to actually have an indoor space where kids could play,” she said. “It would allow us to show what we could do if we were to expand and build our own space many years down the road.”

“Children’s Museum” is a bit of a misnomer, Severy explained. The idea of a children’s museum is that kids learn more with their senses, rather than through reading or lecture. It is more enriching for young children to use their touch, hearing, sight and, in the case of the toddlers, putting random items in their mouths. Museums that cater to children in this way first became popular in the 1950s and ’60s as a way for regular museums to engage younger kids. “The idea of the museum is less something that’s historical and more on the science side,” Severy said. “We are inspiring children to learn about their environment and themselves through playing.”

The impetus behind creating a children’s museum in Middlebury was the lack of indoor play spaces in the area. The closest children’s museums are the Echo Center in Burlington and Wonderfeet in Rutland. As the mother of two young kids, Severy expressed praise for both, but she admitted that she’d prefer a place “where you don’t also have to drive an hour with small children crying in the back of the car.” 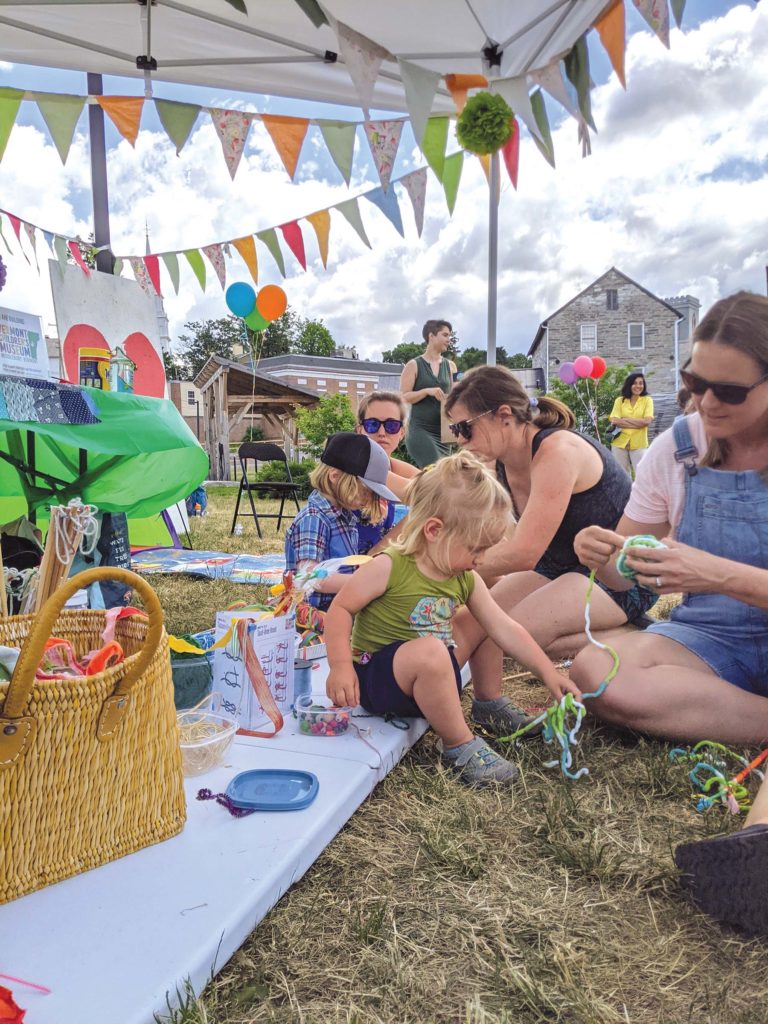 An aspect she hopes to incorporate into the Vermont Children’s Museum is that the exhibits will be ever-changing in order to stimulate the children’s curiosity to the highest degree. “Even changing the placement and the general layout of a play space can be exciting for kids,” she said. “For them, its like, ‘Oh! This is new and different, I want to explore what this feels like.’”

Also important to Severy as a foster parent and instructional coach at Mount Abraham Union High School is the display of responsible parenting and adequate teaching methods.

“My vision is that the exhibits will have information about child development and how to play with your child in a developmentally appropriate ways and how to extend that learning at home,” she said. “It will be a space where parents can see good parenting modeled by other community members.”

She noted that not having a space in Middlebury can be harmful for young families, and she suggests it may contribute to their desire to leave the area and not raise their kids here. She referred to nation-wide studies that suggest children’s museum positively contribute to the economic well-being of the towns’ inhabitants.

“A lot of young families have expressed feeling like Middlebury doesn’t value young families because of the lack of spaces where young families are invited,” Severy said. “And a lot of the businesses I’ve talked to feel like if we had more spaces for young families, more families would be willing to stay and raise their children in this area.”

She says parents are eager for an indoor play space in Middlebury, and for them it couldn’t come soon enough.

“I’ve talked to parents and they say there’s nothing for their kids,” she said. “People are so excited to have an indoor play space.”

The concert kicks off this Saturday at 10 a.m. and will go until 12 noon. Tickets are $20, with children under 1 year old allowed in for free. In addition, you can donate a ticket that will be given to children in foster care. Learn more about the event on the Vermont Children’s Museum’s Facebook page: facebook.com/vermontchildrensmuseum.