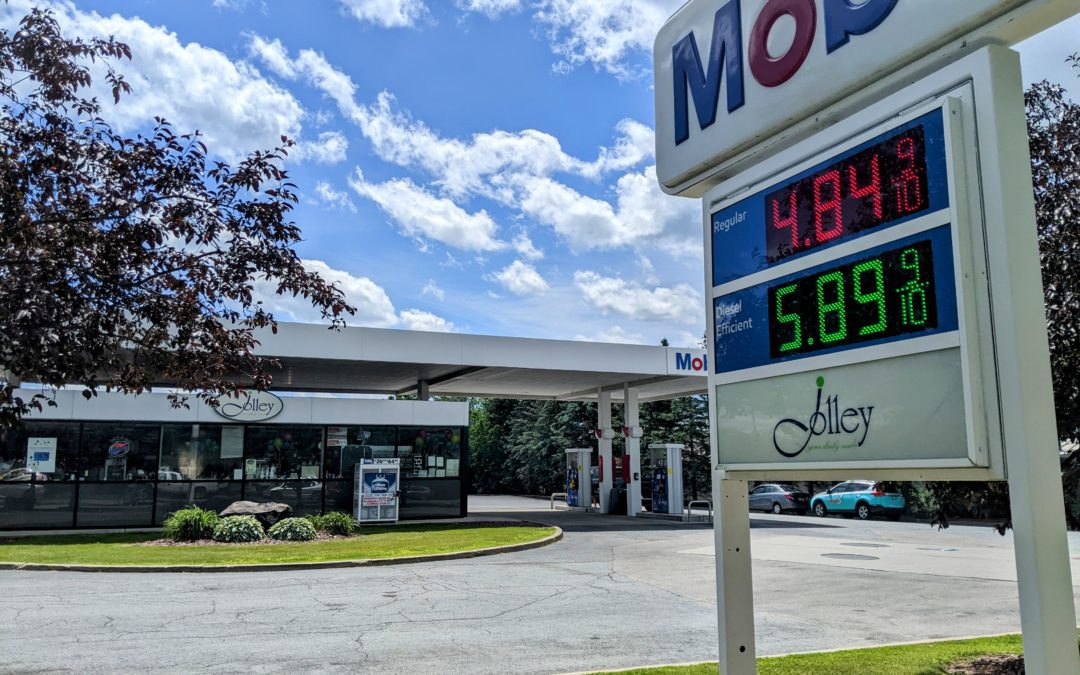 THE $366.7 MILLION winning ticket was sold at the Short Stop, a Court Street gas station that is part of the Jolley chain. Independent photo/Megan James
By Sam Lipin

MIDDLEBURY — Someone who visited the Short Stop gas station on Middlebury’s Court Street earlier this week just became a millionaire — a hundred-millionaire, in fact.

For the first time in Vermont history, the winning Powerball jackpot ticket was sold at a Vermont retailer, Vermont Lottery officials announced today.

And the winning ticket was sold right here in Middlebury at the Short Stop, part of the Jolley chain of gas stations.

The owner of the lucky ticket, who has not stepped forward to claim the windfall yet, won a payout worth $366.7 million spread out over 30 years, which they could take as an immediate cash payout of $208.5 million.

“Isn’t that awesome?” said Wendy Knight, the commissioner for the Vermont Department of Liquor and Lottery.

Vermont will receive 6% of the proceeds from the payout in taxes, which, if the winner accepts his money in annuity, will come out to about $22 million.

However, the previous 60 winners have all chosen to receive their money in cash, with the last winner choosing annuity in 2014.

The Jolley chain will also benefit of its own from the jackpot. The retailers who sell winning Powerball tickets receive bonuses for prizes worth more than $500. Retailers receive 1% of the proceeds, which would be $3 million in this case, except that bonuses are capped at $30,000.

“You can’t win if you don’t play,” said Shawn Bartlett, general manager of Jolley Associates in a press release. “It’s good to see someone have a Jolley day.”

Deb Alger, manager of the Jolley chain in Middlebury who has worked there for 28 years, spoke to how exciting this is for the store and the local community.

“It’s a positive that this town has needed,” said Alger. “I hope it’s someone that has been coming in here for a while. It would be really cool if it was one of our regular customers.”

The Powerball Jackpot requires six matching numbers in order to win, giving the player a 1 in 292,202,338 chance of winning. The likelihood that the winner buys their ticket in Vermont is even smaller, with only about 2 million tickets sold in Vermont last year. 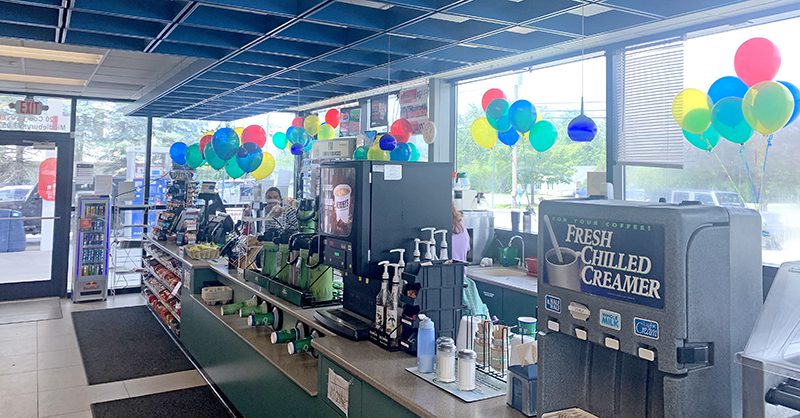 The Middlebury Short Stop was decorated with balloons Thursday after it was notified that the Court Street gas station had sold a Powerball lottery ticket worth $366 million, which will net the store $30,000.
Independent photo/Sam Lipin

Fourteen states have won more than 10 times, with Indiana leading the pack with 39. Arkansas, Virginia and Washington have also only won once, with nine other participating states yet to sell the winning ticket.

Commissioner Knight hopes the win will generate lottery excitement within the state, though urges players to play responsibly and seek help through their partnership with the Howard Center, if need be.

“The Vermont Lottery is thrilled to have our first ever Powerball Jackpot winner in Vermont. This is an exciting win for Vermont lottery players, the Education Fund, and the state.”