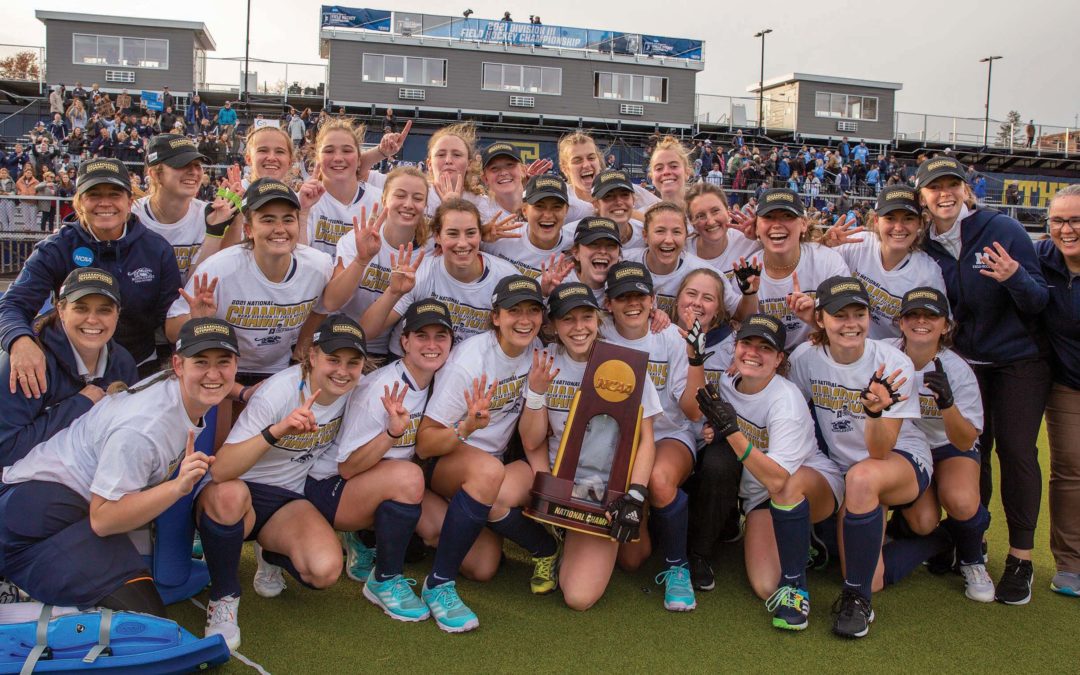 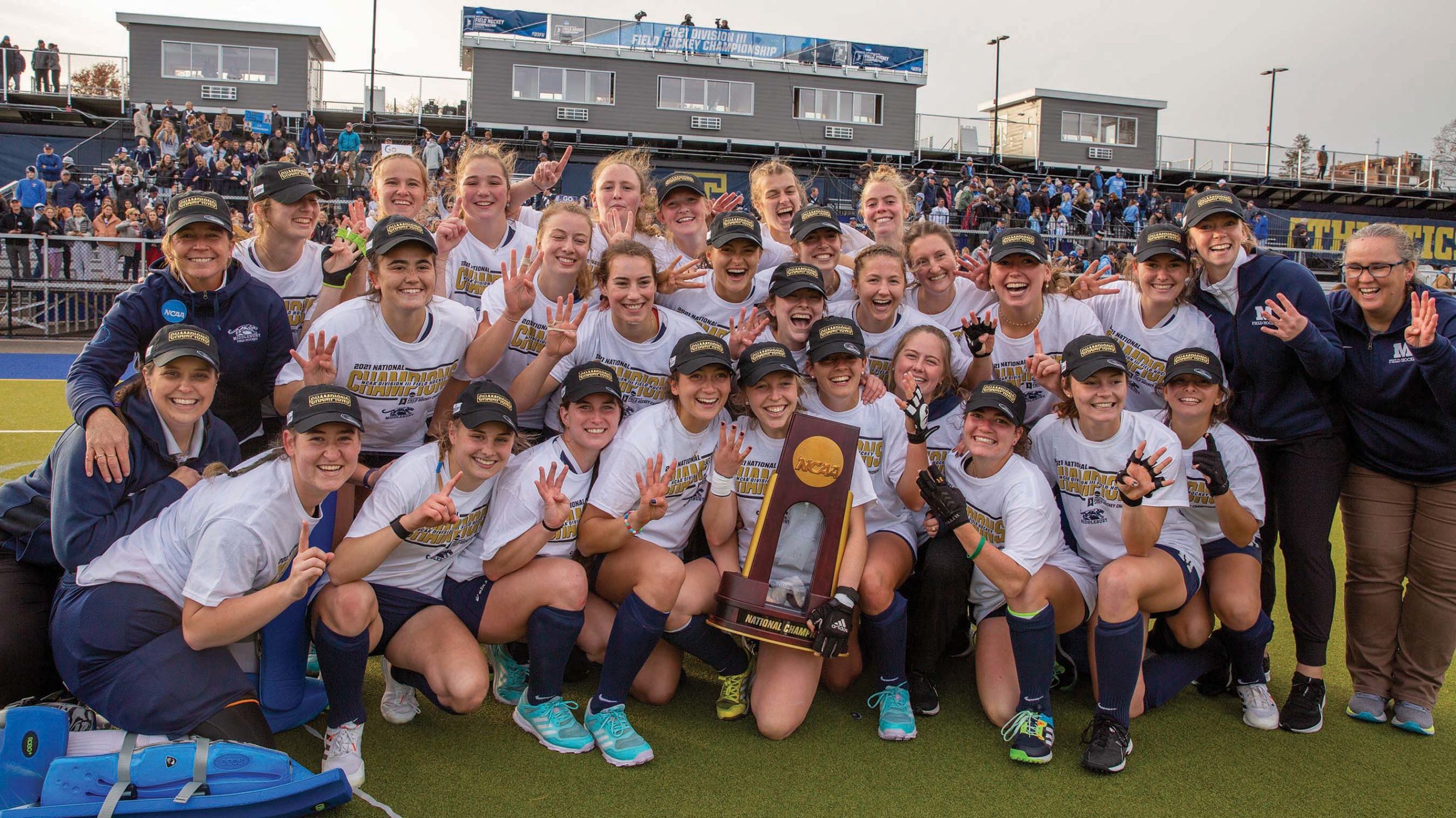 This year marks the 19th straight the Panthers have finished in the top five in the Learfield Cup standings and is Middlebury’s best finish since 2012-13. NESCAC foe Tufts claimed its first-ever cup with 1,080.00 points, Johns Hopkins was second (1,043.00) and Middlebury took third with 1,000.50 points.

Middlebury saw 300 of its points come from three women’s NCAA D-III championship teams. Field hockey began the year with a 22-0 record while becoming the first school to win four straight NCAA titles in that sport.

In the winter, women’s hockey earned the program’s fourth NCAA championship, and in the process became the first D-III team to finish a season with a perfect record (27-0).

The women’s lacrosse team made it a stick-sport triple-crown year when it capped off an incredible season with the program’s eighth national title. The three squads combined for a 71-1 overall record this year.

Panther fall teams produced the most points (397.50) in any one season as five teams joined field hockey in NCAA play.

Volleyball made its first appearance in the tournament since 2016 and advanced to the second round. The men’s and women’s cross country teams placed 13th and 14th, respectively, at the NCAA championships. The women’s squad was paced by Cassie Kearney’s seventh-place finish.

In the winter, three teams joined women’s hockey on the national stage, garnering 224 points. The combined alpine and Nordic ski team finished 10th at the all-division NCAA championships, fueled by two top-10 finishes from Peter Wolter on the Nordic side.

The women’s indoor track and field team earned 31 points in the standings, highlighted by a fourth-place finish from the distance medley relay quartet of Katelyn Pease, Michelle Louie, Nicole Johnson and Kearney.

Rounding out the winter point-getting performers was the women’s swimming and diving squad. Isabella Caddeau, Courtney Gantt, Maddie McKean and Hannah Wander touched the wall in 12th place in the 200-medley relay to earn 33 points for the leaderboard.

The women’s track and field team picked up 57 points by finishing 17th at the NCAA championships. Kearney highlighted the event by finishing as the national runner-up a 1,500 meters and third at 800 meters. Johnson also took sixth in the 800. On the men’s side, Peter Hansen finished seventh in the 400 hurdles to round out the Panther Learfield scorers.