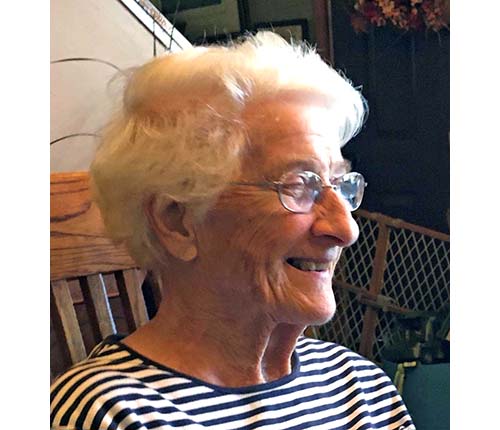 Shirley married her great love, Edward Gervais, on July 25, 1953. Together they built a wonderful life. Whether running their dairy farm, travelling, or taking long rides, they were true partners.

Known for her gracious hospitality, everyone who entered her home was welcomed warmly. Her family and friends were treasured and she made each person feel special. Shirley took delight in nature. Watching birds at the feeder and enjoying wildflowers picked for the table were some of her simple pleasures.

She was predeceased by her parents, her brothers, Gordy and Jim, her beloved son Eddie John and her much loved son by marriage Peter Neary.

She also leaves behind her sweet sister, Mary LaRose, and several nieces and nephews.

The family wishes to thank the staff at Project Independence, the help of many caregivers, and more recently, the support of Stephanie Stoddard with hospice.

A funeral service will be held on Wednesday, June 15, at 10:30 a.m. at Sanderson Funeral Home. A private burial will be held later.

In lieu of flowers, donations in Shirley’s memory may be made to Elderly Services/Project Independence, P.O. Box 581, Middlebury, VT 05753.