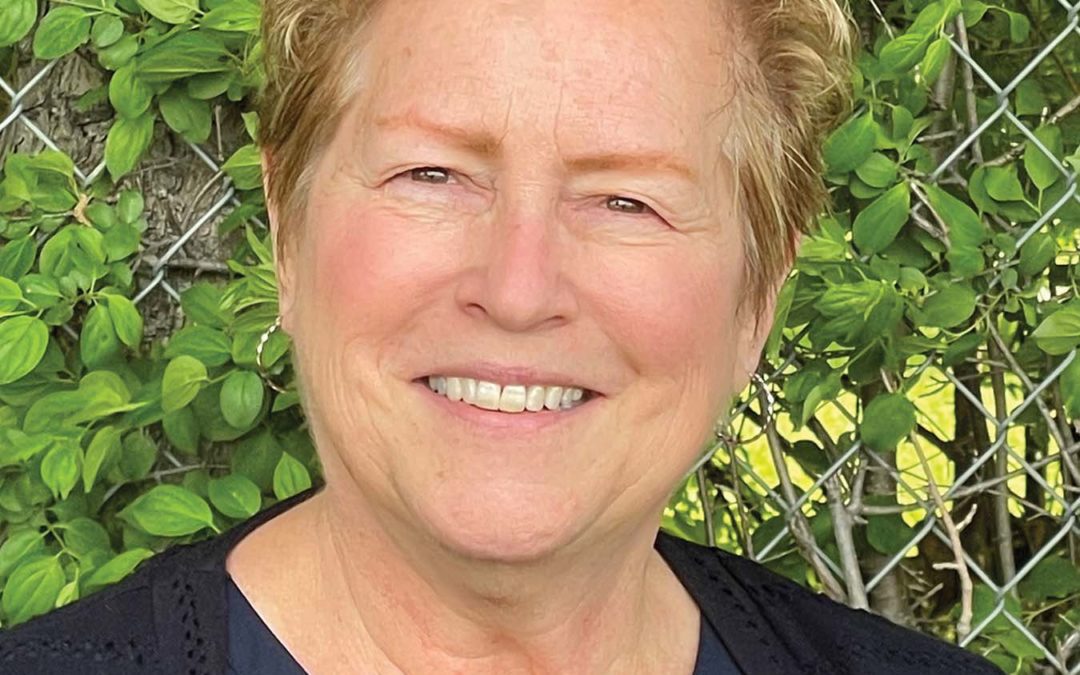 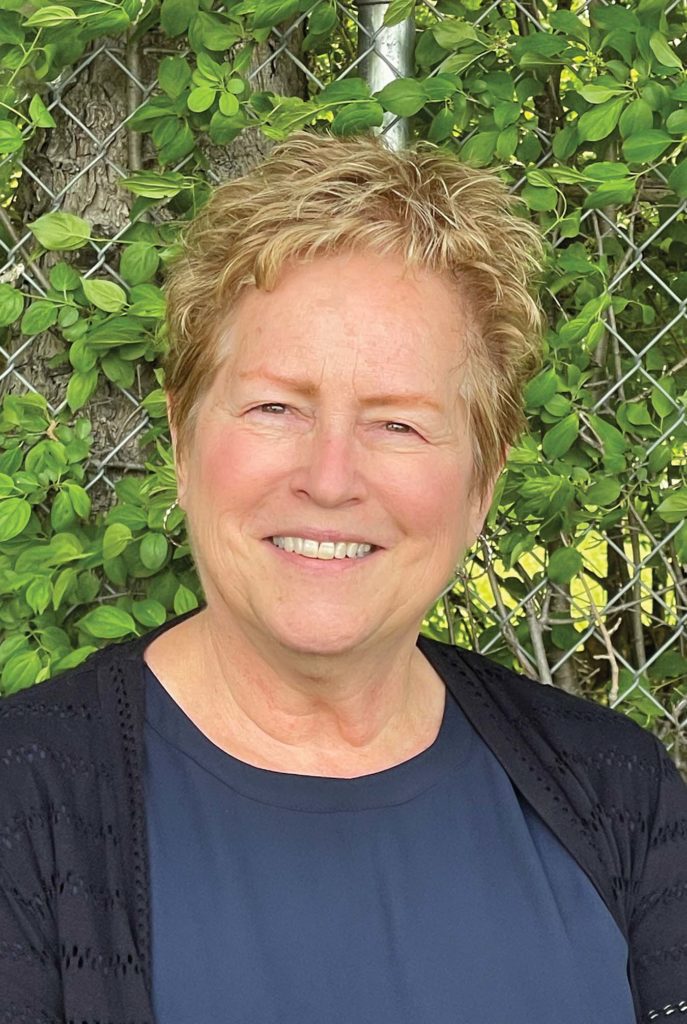 SHARON FLETCHER IS capping a 43-year career as an executive assistant to the Addison Central School District superintendent, during which she’s seen a lot of changes.
Independent photo/John Flowers

MIDDLEBURY — Sharon Fletcher occasionally gets asked if it can get boring or monotonous working at the same job at the same location for more than four decades.

Her answer is an emphatic “no.”

As executive assistant to the Addison Central School District superintendent, Fletcher has worked for five bosses since taking the post in 1979. Each superintendent regime change was like switching jobs, she noted with a smile.

“No two days are alike,” Fletcher said during a recent interview. “My job is very interesting and challenging, on occasion. Having new superintendents, having some turnover in the building has kept things fresh.”

Add in the fact that she deals with many different people each day and needs to juggle a half-dozen tasks simultaneously, and you’ll know why Fletcher has found her role too invigorating and interesting to leave.

Fletcher, 65, has decided to retire at the end of this month. She’s still preparing for what will soon become a new reality.

“My whole life story has played out in this position, from marriage to children, putting children through college, and grandchildren,” she said.

Fletcher grew up on a dairy farm in Orwell called Mutton Square Farm. She routinely helped with farm chores, including feeding cattle, washing the milking machines and loading hay.

After graduating from Fair Haven Union High School, she earned a secretarial business degree from Champlain College. What followed were a series of secretarial jobs for an insurance company in Rutland and an attorney’s office in Boulder, Colo., before she returned to Vermont and briefly flirted with a career as a nurse’s assistant at what is now Rutland Regional Medical Center.

She decided the medical field wasn’t for her, and successfully applied for a receptionist’s job at the Addison Central Supervisory Union office. Fletcher felt at home, and was promoted to the executive assistant job in less than a year.

“It seemed like a natural transition, to be able to elevate to a higher level at the office,” Fletcher said.

The rest, as they say, is history — and a lot of it. Fletcher has been the right-hand person to ACSU Superintendents Dale Lanphear, Alan Myers, James Lombardo, Lee Sease and now Peter Burrows. There were also a couple of interim superintendents squeezed in.

“It’s hard to put into words just how important Sharon has been to both ACSD and to me in my role as superintendent,” Burrows said. “In Sharon’s 43 years of exceptional service to our community, she has impacted so many people, from students to parents to employees, over generations. Her patience, her warmth, and her strength have profoundly shaped everything we do here.”

Fletcher confessed that Burrows has been her favorite of her five bosses.

“He’s unflappable,” she said. “When I might feel riled up about something, he’s very level, kind-worded. And there are many situations where that could’ve changed. I’ve not seen him out of sorts very often.”

It’s a fast-paced office in charge of seven elementary schools, a middle school and a high school. Fletcher’s varied duties have included:

“School board members are volunteers, so you try to support them as much as you can, getting materials to them, helping to get meetings organized and communications with administrators within the district,” Fletcher said.

There are times when Fletcher must accomplish major feats of mental and organizational dexterity to ensure meeting schedules mesh, informational packets get sent our prior to meetings, reports are typed up and that everyone is on the same page with the appropriate memos.

“There is a lot of juggling that I have to do,” she acknowledged. “I feel like I’ve done it pretty well, but after 40-plus years I should be, right?”

As one might imagine, Fletcher has seen a lot of changes — in technology, public education and in her job description — since she started during the Presidency of Jimmy Carter.

Until five years ago, she was dealing with a 50 school board members seated on nine separate panels representing the Addison Central Supervisory Union, Middlebury Union middle and high schools (then known as UD-3), and each of the seven elementary schools in Bridport, Cornwall, Middlebury, Ripton, Salisbury, Shoreham and Weybridge.

But Act 46, the state’s school governance consolidation law, changed all that in 2016 — and that’s just fine with Fletcher. She now deals with only 13 elected school directors on a single ACSD board that represents all Middlebury-area schools.

“When Act 46 (was happening), my dad asked me ‘What do you think of this Act 46?’ and I simply said, ‘In my work life, I would love it,’” she said. “It would be so much easier in how you communicate on a regular basis.’

While the number of school board members she had to accommodate shrank virtually overnight, don’t get the impression that Fletcher’s job suddenly became a cakewalk. There’s no shortage of work to do at the central office.

“You can drive to work and have three or four things in your head that you need to do, and by the time you get to the office, it can be totally different; someone else’s needs are ahead of what you need to do,” she said. “Prioritizing is huge, so that’s a big part of the job — figuring out what needs to be done today, and what can wait until tomorrow.”

Fletcher has prided herself on the fact that all of her work — and that of all the district’s elected officials, paid staff and volunteers — comes down to a single priority: children. Making sure they receive the educational sustenance they deserve as they strive for intellectual growth and professional success.

“We’ve made it our mission to serve the ACSD community to the best off our ability, keeping in mind we are here for the students,” she said.

The central office staff of around a dozen workers generally doesn’t have a lot of contact with students, but their work helps shape the curriculum they consume. The office also pays the district’s bills and hires staff, among other things.

“Without the central office people behind the scenes, the district couldn’t operate,” Fletcher said.

Operations were a lot more basic during the 1980s, Fletcher recalled. When she first came on board, central office staff members were using typewriters and mimeograph machines — all good quality and state of the art for their day.

“When they introduced computers to us, the salesperson said, ‘You’ll never want to type another envelope again,’” and I didn’t think that was possible. Now I can’t live without (my computer),” she said, “Everything is on your computer. Technology has changed, and we’d be lost without it.”

“It seems like it was a simpler life; you had a lot happening, but it seemed like there was less imposed on you and less oversight — in a good way,” she said.

Fletcher could have had her pick of other jobs during her career, but felt no urgency to leave the ACSD’s employ.

But she’s now ready to leave her familiar office surroundings for the next chapter, one that will be filled with gardening, spending more time with family and friends and volunteer opportunities. She and her husband, Andre Fletcher, have two grown children and four grandchildren.

“I had no vision that I would stay in the same job for 43 years,” she said. “This is where I wanted to be.”

Burrows thanked all the departing employees for their service. He saved some special words for Fletcher.

“From day one, Sharon made it clear that I had someone to lean on and she has been with me every step of the way,” he said. “It’s hard to imagine this work without her by my side. As she begins the next adventure in her life, all of us in ACSD are so grateful for how much of herself she’s given to the thousands of people that have had the opportunity to benefit from her service to our school community.”