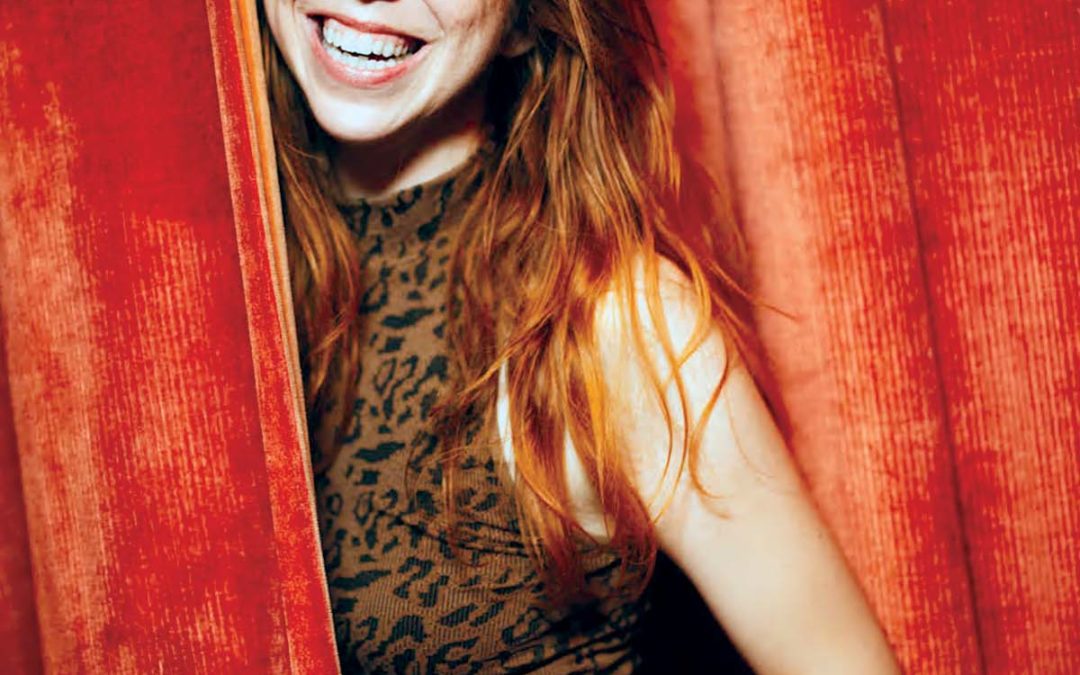 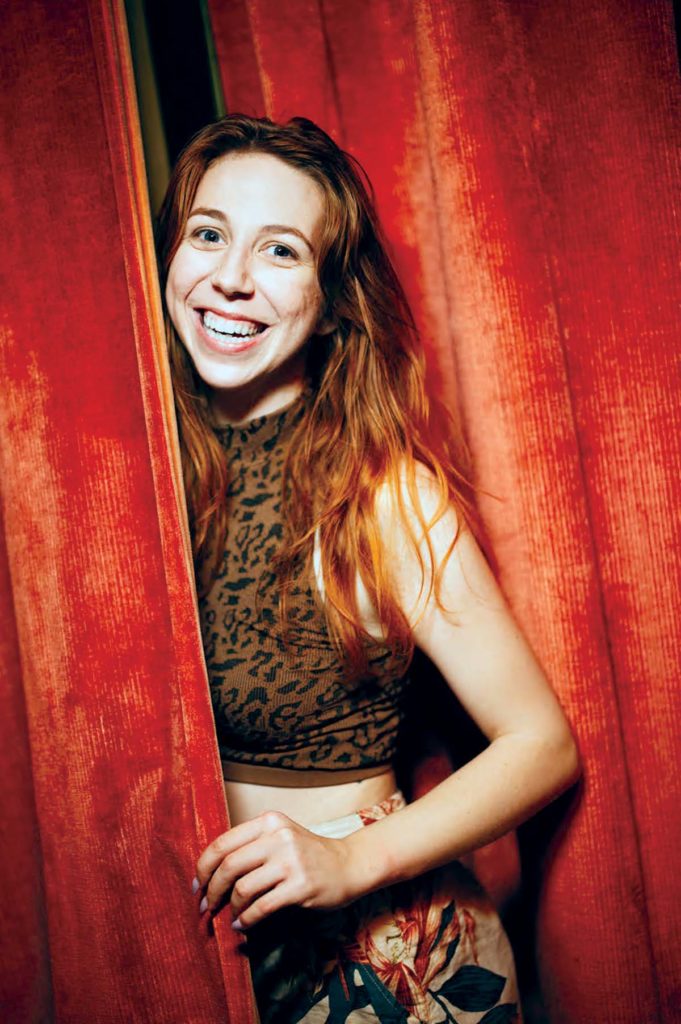 MIDDLEBURY NATIVE TINA Friml is producing the Big Apple Comics comedy series, which will feature Friml and friends — all electrifying performers on the big city and international comedy circuit.

Starting next Friday, Middlebury’s American Flatbread will be serving up laughs — thanks to a new free comedy series presented by Town Hall Theater, featuring an all-star lineup of New York City comedians. Middlebury native Tina Friml is producing the Big Apple Comics comedy series, which will feature Friml and friends — all electrifying performers on the big city and international comedy circuit.

“I’m totally over the moon for these lineups,” said Friml, who now lives in New York City. “These are specifically comics I’ve been watching recently bring the heat all over New York, at comedy festivals across the country and anywhere you get your podcasts, and so to bring a new batch of them back to my hometown each month of the summer hardly feels real.”

Last year Town Hall Theater worked with Friml to put on a comedy event featuring all Vermont comics, but that was a one-time show.

“It was a huge success and so much fun,” Friml said. “About two months ago, Lisa Mitchell and I began scheming about how to make it bigger and better.”

Since moving to the city, Friml said she keeps meeting amazing comics and “every time I mention I’m from Vermont they lament about how much they love it up here.

“I knew if I wanted to bring New York comics up, I  didn’t want them to just be doing a five minute bit,” she continued. “I wanted to give them a longer set.”

So along with THT’s Executive Director Mitchell, Friml started putting together a summer comedy series.

“Tina is an outstanding comic, writer and talent who is going places. THT is honored to partner with Tina to bring brilliant NYC comics to our shire town, thanks to a grant for free arts programming. Late night in Middlebury is happening! Even if late night is 8:30 to 9:30 p.m.,” Mitchell said with a laugh. “We’re also grateful to American Flatbread for hosting the series in their picture-perfect pavilion.” 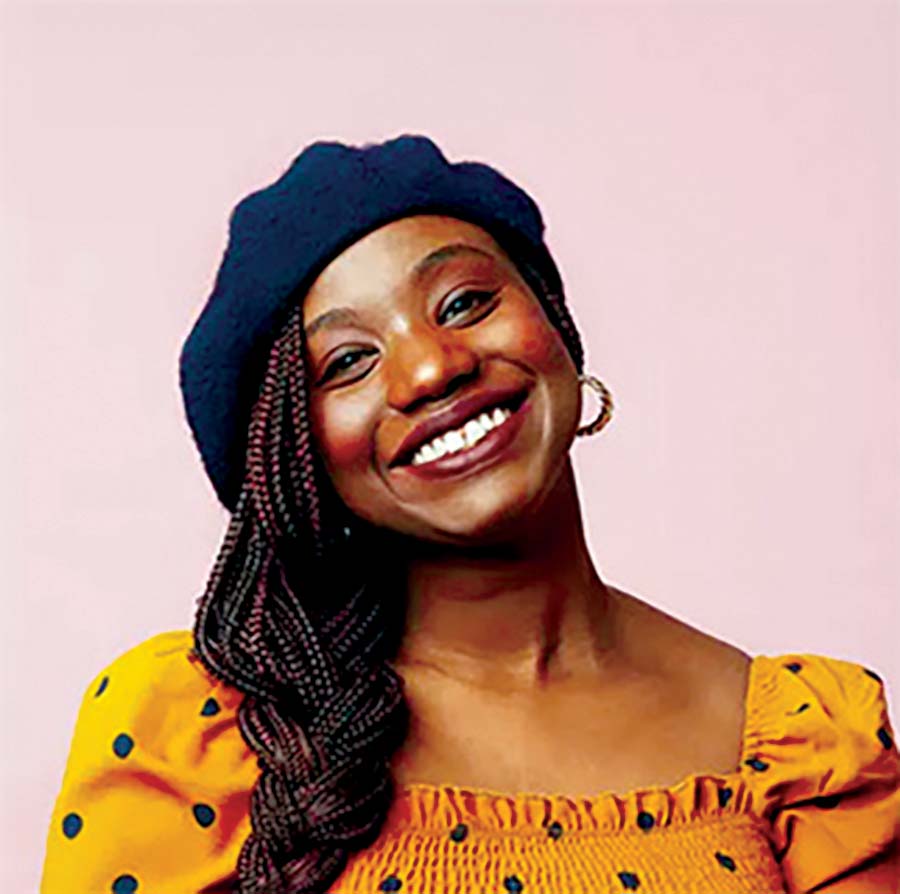 “I was so pleasantly surprised by the ease of getting people to say ‘yes,’” Friml explained.  “In reality it’s not so hard to convince people to come up to green pastures, especially in the heat of the New York summer. It went a lot smoother than I thought.”

Friml herself is one of these incredible comics and will be on set at each event in June, July and August. Friml holds a 2019 readers’ choice award in Seven Days for “best standup comic” in Vermont and was crowned the 2018 winner of Vermont’s Funniest Comedian at Burlington’s Vermont Comedy Club, where she got her start. Friml was also featured on The Drew Barrymore Show’s “Bananamores,” as well as Just For Laughs Festival’s acclaimed “New Faces” series in 2019 and NBC Comedy Spotlight Series in HBO’s Women in Comedy Festival in 2018.

Using animated optimism on her own physical disability, yet fearless honesty about the social assumptions that come with it, Friml befriends audiences of all sorts with her eccentric style, off-beat mind, and unexpected philosophy acquired through her unique circumstances.

On June 10, Friml will be joined by Tocarra Mallard, a comedian and staff writer on “The Problem with Jon Stewart”; Emil Wakim, selected as “Best of the Fest” at 10,000 Laughs Comedy Festival; and Zack Signore, who produces his own show, “Hard Candy” and hosts “L’Podcast.” 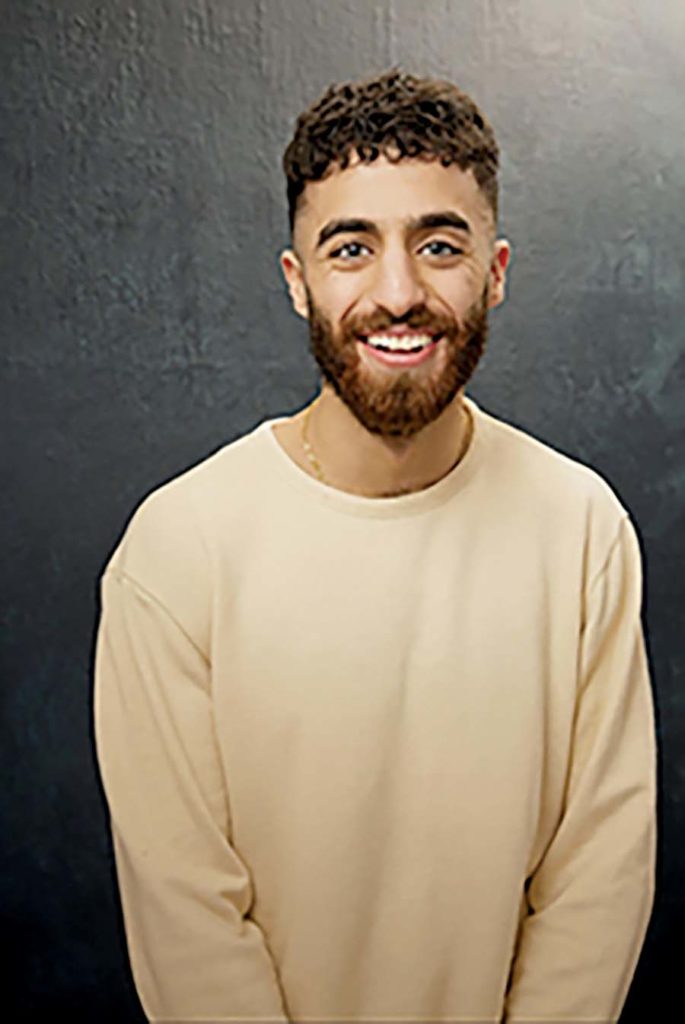 The Aug. 12 line up is still not quite pinned down, but Friml assures that she’s got some “super awesome and exciting people in the works for the August show.”

Doors open at 8 p.m., and the show will run from 8:30-9:30 p.m. Thanks to American Flatbread, there will be an outdoor bar available, as well as takeout pizza for those interested.

And that’s not all! In a similar comedic vein, THT and American Flatbread will host The Front Porch Follies, the brainchild of theater makers Gina Stevensen and Quinn Rol. Aided by a Bright Ideas grant, Stevensen and Rol dug into the world of Front Porch Forum posts to create a humorous piece that explores such thought-provoking topics as: Stray chicken sightings! Re-homing a pesky hedgehog! and Seeking 200 pounds of rocks! Plus there will be more dramatic and hysterical readings and re-enactments of posts from their neighborhood’s Front Porch Forum, followed by sketch comedy, music and audience interaction during the Sept. 23 show.

“So many have been through challenging times on a wide variety of levels in the past couple of years, and it’s clear to us at THT that people need to laugh together,” Mitchell said.

All these performances are free, thanks to a grant THT received for free arts programming. Register for tickets because space is limited at townhalltheater.org or call 802-382-9222.