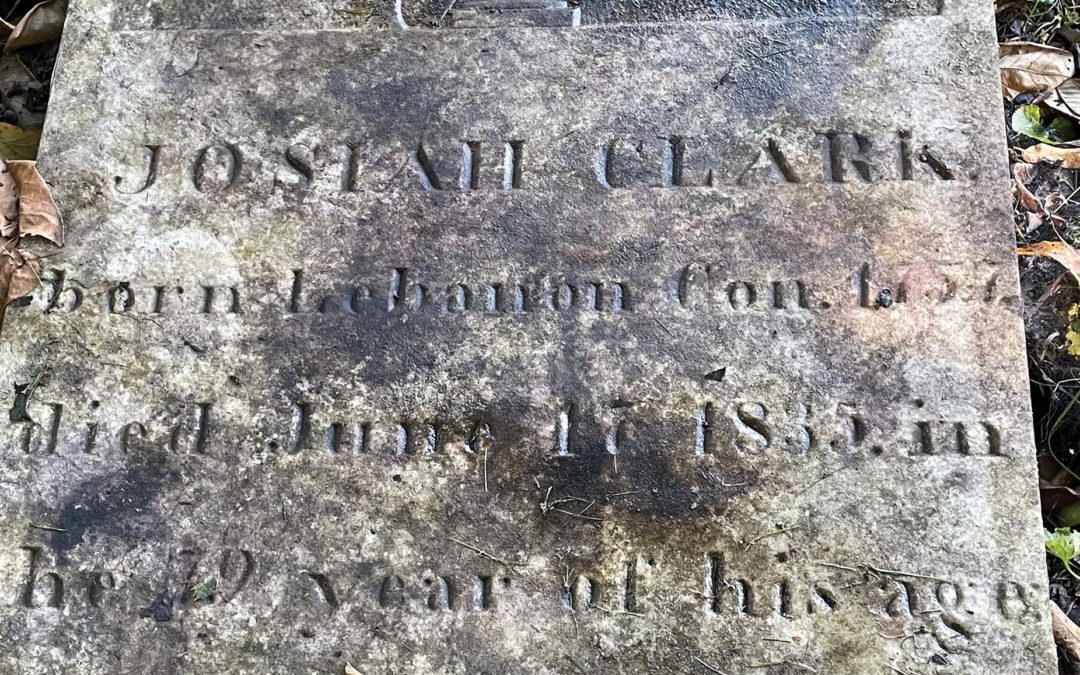 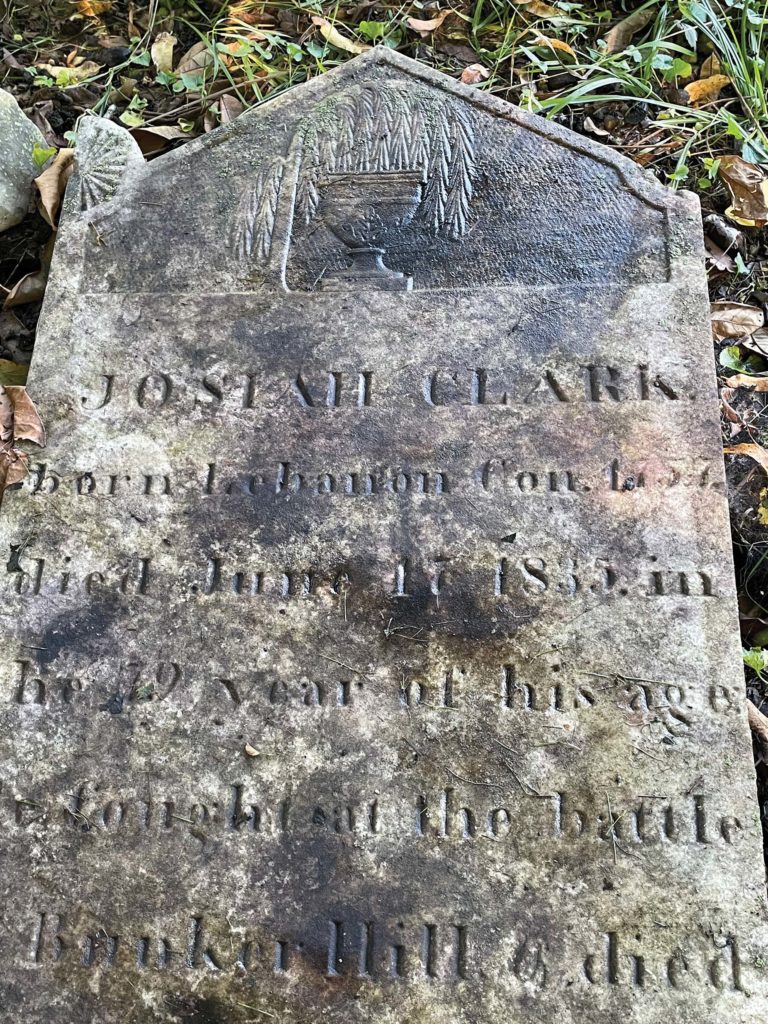 THIS BEAUTIFUL 19TH century headstone marked the resting place of Josiah Clark, who fought in the Battle of Bunker Hill in the American Revolution, and was buried in Weybridge’s Stow Cemetery in 1835. Clark’s remains were removed in 2019 and will be reinterred in the Weybridge Hill Cemetery with a full color guard ceremony this Saturday.
Independent file photo/John Flowers

WEYBRIDGE — Josiah Clark was only 18 years old when he fought at a pivotal battle outside Boston in the early years of the American Revolutionary War. His headstone proudly declares, “He fought at the Battle of Bunker Hill and died 60 years from that day.”

Clark was buried in Weybridge (then New Haven), Vt., in 1835, in the Stow Cemetery at the end of Gooseneck Bend Road. But that small cemetery has been giving up its dead to the at-times ferocious and unforgiving Otter Creek, with which the disheveled burial ground shares a border.

It was only thanks to the special efforts of Vermont State Archaeologist Francis “Jess” Robinson that Stow Cemetery’s most celebrated occupant, Clark (1757-1835), escaped an involuntary surrender to the creek a few years back. Robinson made an emergency trip to the cemetery not long before the onset of the COVID-19 pandemic to deftly collect Clark’s remains for storage before the creek could claim his coffin.

On Saturday, May 28, a funeral procession accompanying Clark’s horse-drawn caisson will set off from the Weybridge Congregational Church at around 10 a.m. for the roughly two-tenths-of-a-mile trek to First Weybridge Hill Cemetery, where the remains will find their new final resting place.

Clark’s second burial on May 28 will likely dwarf the fanfare of his initial burial ceremony 187 years ago. The Vermont National Guard Funeral Service Unit will handle the graveside service with considerable pomp and circumstance, to include a flag ceremony and taps.

Middlebury American Legion Post 27 will supply a Color Guard to march from the church to the cemetery. Post 27 is also covering the expenses of the horse-drawn wagon, a bagpiper and a flag for Clark’s coffin. A flag display will be provided by the veterans of the Vermont Patriot Guard Riders.

Ton Scanlon, adjutant of Post 27, said that ensuring proper burial arrangements for those who served is part of the Legion’s mission to show respect to veterans.

Everyone is invited to join the procession for the short walk to the First Weybridge Hill Cemetery and join in honoring one of America’s earliest veterans. A graveside service will be provided by the Vermont Army Guard.

This is an uncommon opportunity for everyone to join in honoring a veteran of the American Revolution as his remains are transferred from his deteriorating original burial plot to a more stable environment of similar vintage. It is also a chance to be an active participant in an event that recalls the very founding of our country.

The public is invited to join the procession and graveside service. Transportation for those who would like to be present for the graveside service, but are uncomfortable making the walk, will be provided. Parking is available at Weybridge Elementary School, Monument Farms Dairy, and, for those with limited mobility, the Congregational Church.

Don Mason, a former Weybridge selectman, was keenly involved in efforts to rescue Clark’s remains and those of other Stow Cemetery dwellers. He’ll be in the Clark procession on May 28, and hopes to see a bunch of other people there, too.

“We’re looking for as many people ad we can round up,” Mason said. “From my standpoint, it’s a once-in-a-lifetime thing.”