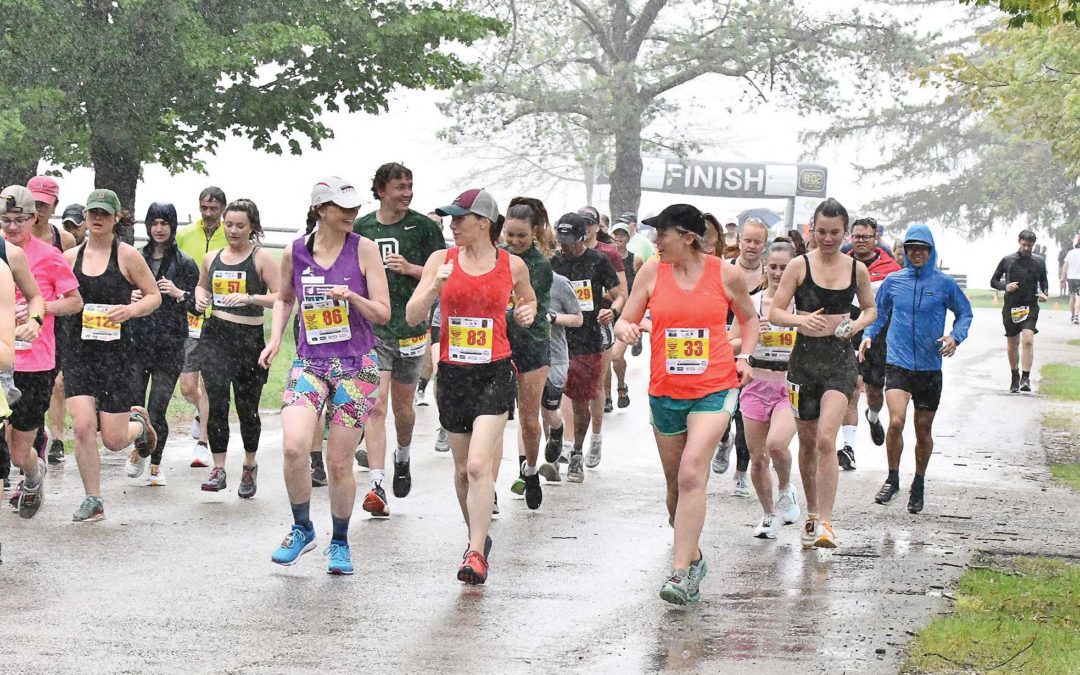 DESPITE THE PERSISTENT rain this past Sunday morning, almost 200 runners took part in the season kick-off of the Vermont Sun Series at Branbury State Park in Salisbury. This month featured running races, but the next three months will see triathlons. Pat Hendrick Photography

SALISBURY — Most of the 220 runners that entered the Vermont Sun half marathon, 5K and 10K showed up to race Sunday, despite the steady rain that fell during the entire event. It was well worth the effort for most runners as the races, held at Branbury State Park on Lake Dunmore in Salisbury, yielded two records. 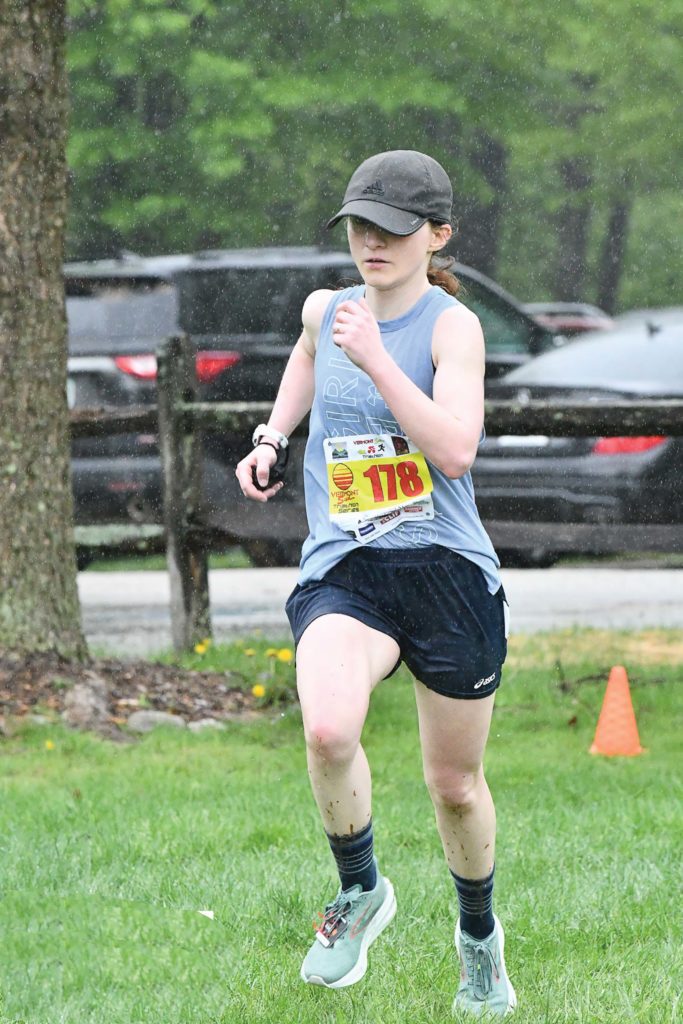 In 2021, Micaela Young from Addison set the course record for the half marathon. This year the Middlebury Union High School assistant cross country coach set a new record in the 10 km race (40:48). Also on Sunday, Young’s half marathon record was broken by 45 seconds by Anne Falcone of Madison, N.J. (1:29:50). Middlebury’s Maya Heikkinen was second among women in 1:36:51.

Wren Pyle of Littleton, Colo., was the female and overall winner of the 5-kilometer race in 22:21. Colchester’s Tanner Faucett was the men’s winner in 23:48.

After the race there was food, refreshments and music as the rain finally stopped. Many of the participants took a swim in Lake Dunmore, which race organizers said had warmed up to about 70 degrees. The races benefited and were supported by the Middlebury Union Middle School cross country team and Branbury State Park.

For complete results of Sunday’s races head online to vermontsun.com.

Competition returns to Branbury and Lake Dunmore for the Vermont Sun Sprint and Olympic distance triathlons to be held June 25, July 17 and Aug. 14. Get more information at vermontsun.com or call 802-388-6888. Those events are open to teams and individuals and have an Aquabike division where participants just swim and bike.