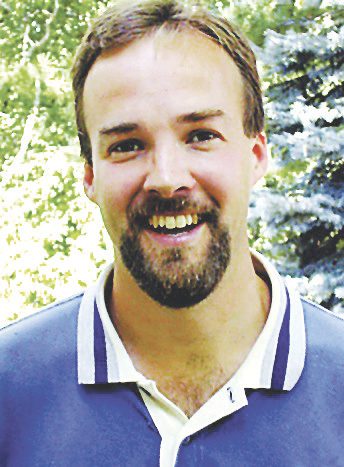 It was January, just over a decade ago. My wife Deborah and I were at the annual gathering of a writers’ group I’m a member of. It was a small conference, meeting in Texas Hill Country about two hours west of San Antonio. The conference center was in a limestone canyon on the upper reaches of the East Branch of the Rio Frio. It was Deborah’s first time in Texas. Although I’d been on a drive through a corner of the state some 40 years early when I was a middle-schooler, it was only my second trip as an adult.

The setting was beautiful. The water was clear and green. Little panfish, foot-long bass, and catfish up in the four- or five-pound range cruised through the tall weeds in the deep water against the cliffs. Turtles sunned on rocks in the shallower water on the far side of the river. Hawks rode the thermals above us, occasionally casting their shadows on the water below. Now and then wild goats appeared on the steep cliffs across the canyon. Turkeys meandered through the meadow behind us, while cardinals flitted through the trees, sometimes landing on the railings of the outdoor dining area looking for leftovers.

Over the previous 24 hours, we had already started to become enamored with this Hill Country. Flying into the San Antonio airport a day earlier, we had spent the previous night a little further downriver on the Rio Frio at Garner State Park. That morning, before driving the last hour to the Laity Lodge conference center we had taken a hike in the state park, wandering up over the hills in morning light as the sun melted the frost on the ground and the temperature climbed up into the 50s. Arriving at the conference center later that day, our sense of quiet, peace, beauty and mystery had increased even more when the last mile of our drive had taken us right down into the canyon bottom along the rocky river bed.

Among the writers who had gathered from across the country were a few from Texas. My wife sheepishly approached one of them. “I have a confession to make,” she said. “I always imagined that Texas was ugly. But this is really beautiful.”

Our writer friend laughed. “Most of Texas is pretty ugly,” she said. “This Hill Country and the eastern pine forests near the corner of Arkansas and Louisiana are the exceptions.”

The previous year when I had come alone to the conference, I had felt the same way as my wife — though I hadn’t said so to any of the Texas writers. I’m spoiled by the beauty of my home state of Vermont; by our green and rolling landscapes, and our myriad rivers, gorges and waterfalls; by our constantly changing seasons with the fresh yellow greens of early May, all the way through the famous fall foliage highlighted by our maples; by snow-covered farm fields and the green ice of the gorges that cut down out of our national forest into the broad Champlain Valley; and even by the stark beauty of stick season. Though admittedly, I don’t often boast to out-of-staters about mud season beauty, I do boast about the maple harvest that comes from it. That there was so much beauty in Texas was a surprise.

Not much time passed before we had fallen in love with our little retreat in the Texas Hill Country and began to look forward to our annual gathering for the location as well as for the wonderful people we got to spend time with. And as the date of the conference changed from year to year — ranging from mid-January all the way through early April — we came to enjoy many other seasons as well.

Each was different. One year we were there during the mating season of the cliff swallows, and got to watch them swarm by the hundreds just off the deck of the dining area doing their in-air rendezvous. Another year it was turtle mating season. Instead of lone turtles here and there on the rocks, a dozen of them congregated on one big flat rock, stacked up on top of each other in their own self-made biological cairns. Other years vultures are common. Deer sometimes join the turkeys on the lawns. One year taking a pre-breakfast hike along the canyon rim, we were startled by a pair of javelinas. Equally startled by our presence, they grunted and snorted at us before disappearing into the misty shadows.

Having been forced to meet only virtually for the past two years, I realized just how much I had missed the beauty of that place, so altogether different from our Vermont landscape, until our rental car dropped down into the canyon for the final mile of our drive, and we started across the rocks through four inches of river. Meeting the latest in the year we’ve ever met, there were no turkeys this year, nor any javelinas or wild goats. But for the first time we saw a Texas spiny soft-shelled turtle — as big as a snapping turtle in Vermont, but with an almost impossibly long neck and feet that looked more like a duck’s than a turtle’s except for the claws. We also saw a long plain-bellied water snake sitting in standing water at the bottom of a narrow box canyon.

It was a good reminder of just how much beauty there is in creation, and how much diversity.