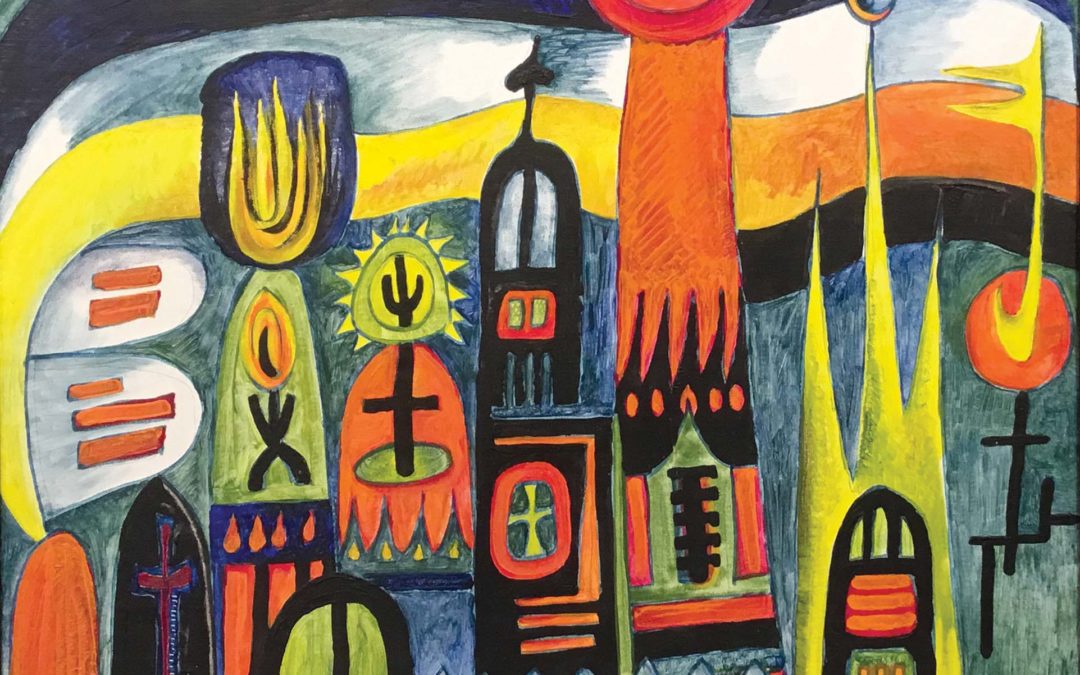 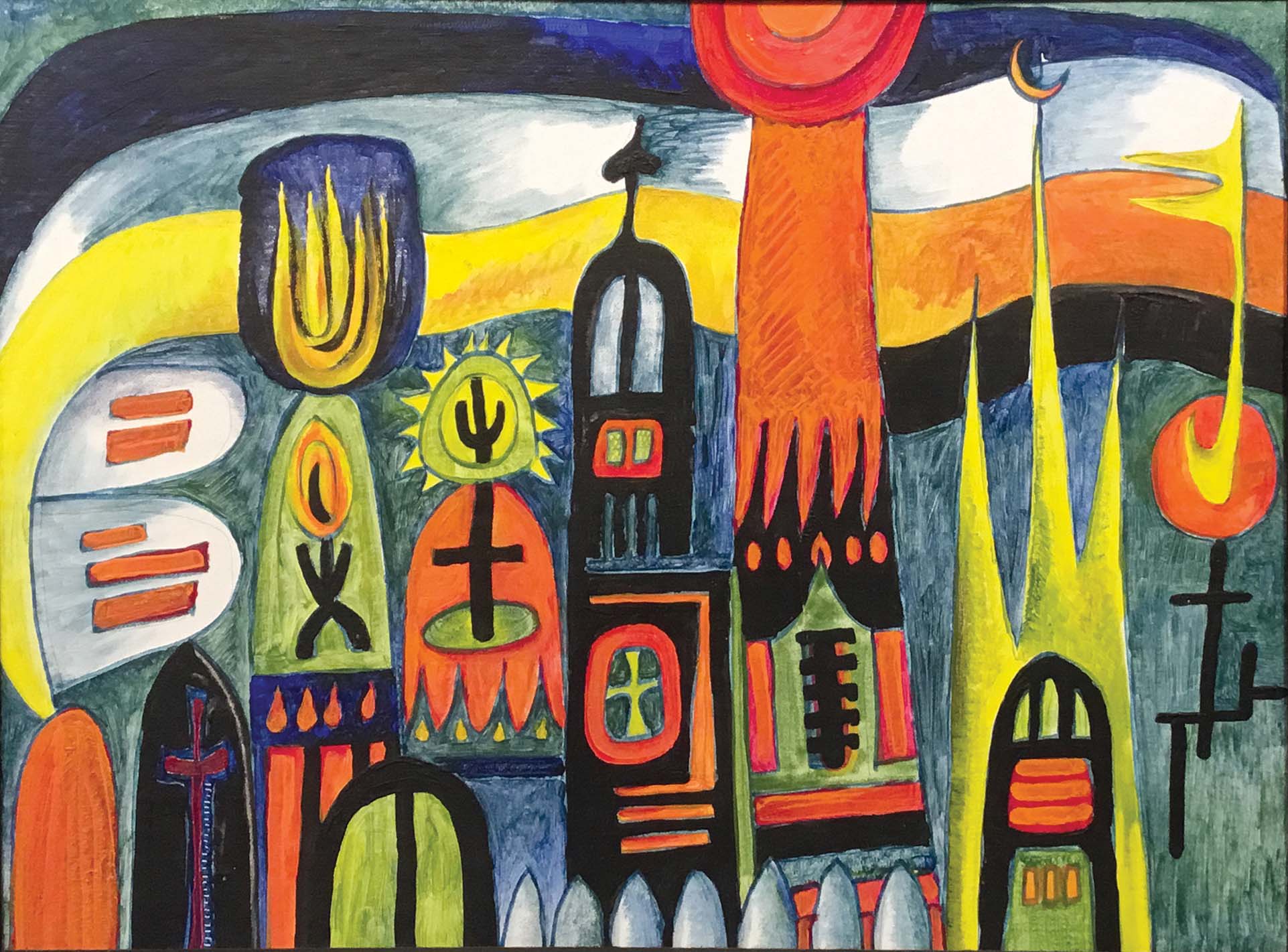 A WORK BY Prindle Wissler

When Prindle Wissler died at age 99, in 2011, she left behind a legacy of hundreds of colorful, dynamic canvasses. Town Hall Theater’s Jackson Gallery will open a retrospective of Prindle Wissler’s career on Thursday, May 12.

Wissler graduated from Skidmore College in 1933, and went on to a master of fine arts degree at Columbia University. People of a certain age knew her as the art teacher at Mary Hogan Elementary School, and in her later years she continued to teach privately.

The paintings and prints in this exhibit span from the 1940s to the early 2000s. Though she’s known for her folk art views of Middlebury and the countryside, her style continuously evolved. “When you look at this exhibit,” said THT gallery director Elinor Friml, “you think you’re looking at the work of several different artists. But it’s all
Prindle.” In her long career she explored abstraction, illustrations of imagined cityscapes, delicate pencil drawings and her Grandma Moses-like evocations of Vermont life. 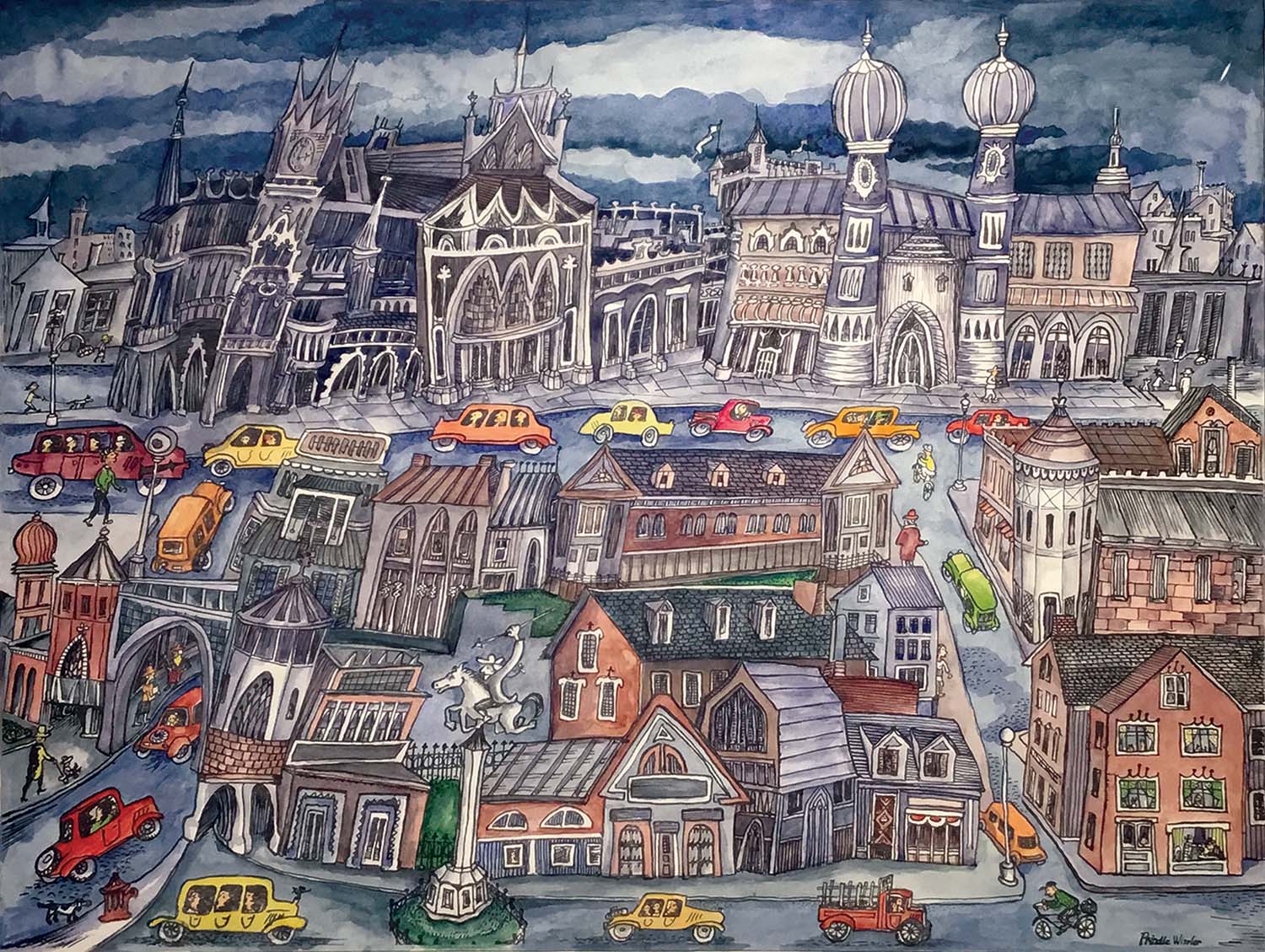 The Prindle Wissler Retrospective will open with a reception on Thursday, May 12, from 5-7 p.m., which is free and open to all. The exhibit will run through June 30. The Jackson Gallery is open Monday-Friday from noon-5 p.m., as well as during performances at Town Hall Theater.

“She was a little fireball,” said THT artistic director Douglas Anderson, “the kind of spirited visionary who entertained and inspired an entire community. It’s such a joy to see her work brought together again.”