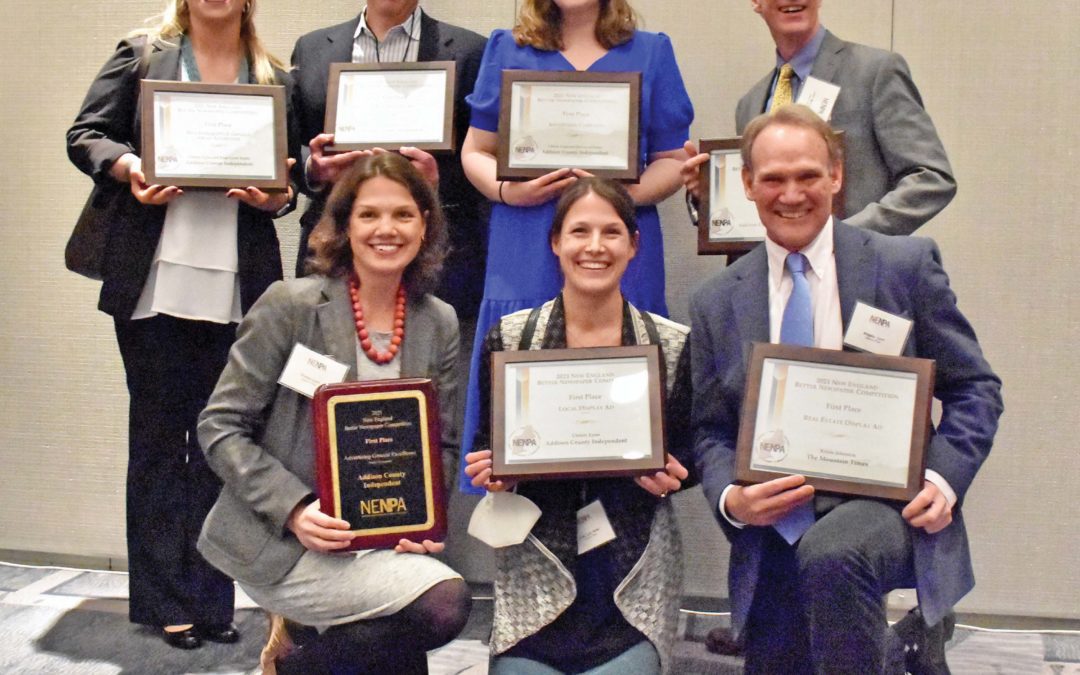 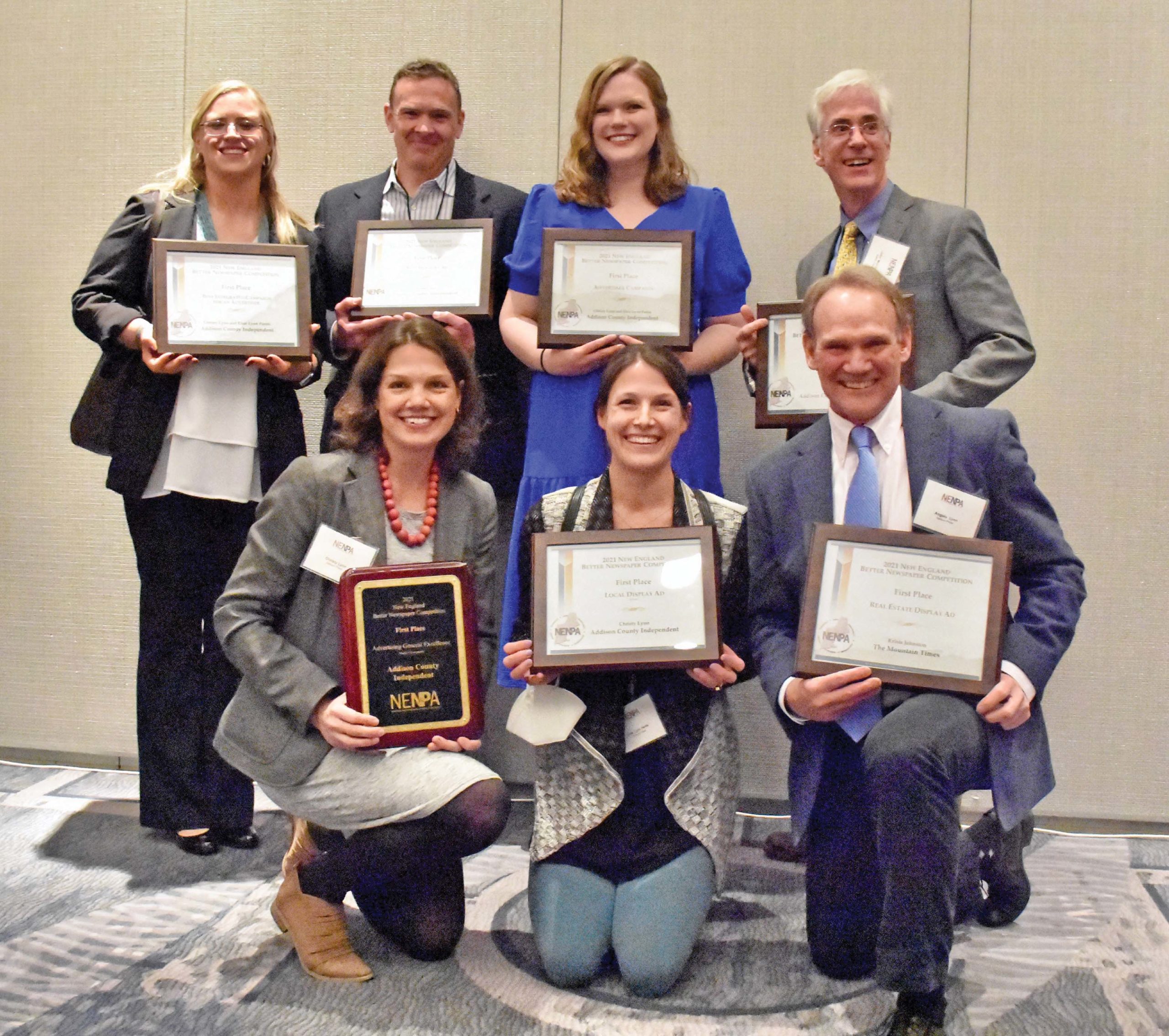 A CONTINGENT OF Addison Independent staff celebrated the many awards that the publication won at the Advertising Awards ceremony in Boston this past Friday evening. Shown here are, from left, front row, Christy Lynn, Elsie Lynn Parini and Angelo Lynn; back row, Sadie Messenger, Christopher Ross, Jenna Hunsinger and John McCright.

NENPA represents more than 400 newspapers in the six state region from the large dailies in Massachusetts, Rhode Island, and Connecticutt to the smallest papers in Maine, New Hampshire and Vermont.

“We’re excited to be named the top in our class for advertising excellence,” said the Advertising Manager Christy Lynn. “We work hard all year creating the best marketing campaigns possible for our customers, and it’s great to see that work honored by professional judges and our peers. We have a great team in sales, and we work with really talented colleagues in our graphics department to make targeted campaigns that work for area businesses.”

“We’re always thrilled to be honored with awards,” publisher Angelo Lynn said of the 30-plus awards earned by the small group of publications, “but what’s even more important is the continual feedback we get from our readers and the merchants we work with week in and week out. We continue to work hard at producing products — newspapers and magazines — that not only inform our readers, but do so in a compelling way — all the while working to make our communities and our democracy stronger.”

The Addison Independent, The Reporter (which covers Brandon, Pittsford, Proctor and West Rutland), Vermont Ski + Ride Magazine and Vermont Sports are all published by Addison Press Inc. in Middlebury.

Awards presented to the group were as follows: