Clippings: Puppy became one of the family 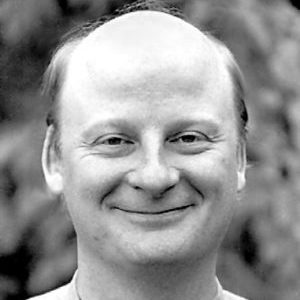 Clippings: Puppy became one of the family

I felt like Santa Claus, minus the beard, reindeer and sleigh.

It was Christmas Eve 2007. I had slipped out of the house after our kids had (finally) gone to bed. My destination: Lincoln, where I was about to collect a new member of our family.

I pulled into the driveway, and Isaiah — our daughter’s then-beau — handed over my jet-black, furry, grapefruit-sized cargo, who in spite of her diminutive size, carried a name she would grow into — Bertha.

As in, big Bertha.

Bertha was indeed the behemoth of a 10-pup litter. At seven weeks, she could just barely wedge a tennis ball into a maw that would eventually become known as “the black hole.” It became the point of no return for any kind of food or Frisbee.

But on this particular evening, Bertha was asleep in a tiny cardboard box and I was taking her down the mountain to our house, where she would become Diane’s prized Christmas gift. We had made no promises about adopting Bertha (while secretly knowing we would), so we wanted to keep things on the down-low.

The house was dark and quiet when I brought her into the living room, where the two of us would sleep that evening in order to preserve the surprise. But like most babies, Bertha didn’t sleep through the night. She wanted to play at 2 a.m., and licked my left ear until I relented. It’s tough to say no to a cute little goober with a wet nose.

Diane got her surprise the next morning. And the surprises never stopped.

Bertha grew in size and in legend. She’d weigh close to 100 pounds, and never turned down a treat.

While big, Bertha was a pussycat with her family. She’d sprawl out for belly rubs and give you an indignant glance if you stopped. She could be imposing, but her bark was bigger than her non-existent bite. She’d tell off any stranger that came up to the door, but her smaller sidekick Libby would always be the one to give the new arrival a friend-or-foe greeting while Bertha stayed back and watched.

Bertha wasn’t a fetcher. She’d chase a flying disc or ball once or twice, and then (a) destroy it, or (b) hide it in the lilac bush next to our garage.

Bertha was fiercely loyal to her family, and developed an initial bond with Diane until she went off to school and then to her own adventures. So Bertha became my wife Dottie’s dog. Followed her everywhere. From room to room, flower garden to flower garden, and of course to the New Haven River, where she’d take a refreshing swim to beat the summer heat.

Dottie was not only her hero, but her idol. If I dared put my hand on her knee or shoulder, Bertha would growl, take my hand gently into her mouth, and pull it away.

It’s no wonder we just had the two children.

We’d go to work in the morning and Bertha would stand guard on our front lawn. No matter that she spent a lot of that time sleeping, dreaming of a dropped turkey leg. And no matter that she allowed Libby to be the first line of defense. Bertha looked tough. But we knew better.

As is the case with all of us, time takes its toll. Bertha began to lose a few steps around four years ago, but remained remarkably vital for a big dog. But she gradually lost muscle to fat, and then fat retreated to bone. It got to a point where Bertha asked for an assist to get up the porch steps — though she could do it all by herself.

Bertha’s breathing started getting very heavy around a week ago. She let out a loud bark during the middle of the night, and we came to find her sprawled on the floor near the door. She didn’t have the strength to stand up by herself, and had lost her appetite. She was telling us it was time to say goodbye.

We took her to the veterinarian, who prescribed an antibiotic to see if that might clear her lungs and perhaps give Bertha a little more time. But big Bertha told us otherwise, and we weren’t going to battle the inevitable and see her suffer in the process.

We made an appointment to have Bertha euthanized on March 30 — late in the afternoon, so we could all be there to hold her. Sadly, Bertha’s health flagged sooner than that, so Dottie rushed her to the vet a little sooner to give her her release, so that the suffering could end.

And just like that, our beloved Bertha was no more. We shed tears that afternoon and shared memories to work through the pain.

A week later, I’m still looking for Bertha’s bowl at suppertime, and I’m giving a wide berth to the spot on the carpet where Bertha slept at night.

Happy trails, Bertha. You made every day seem like Christmas.