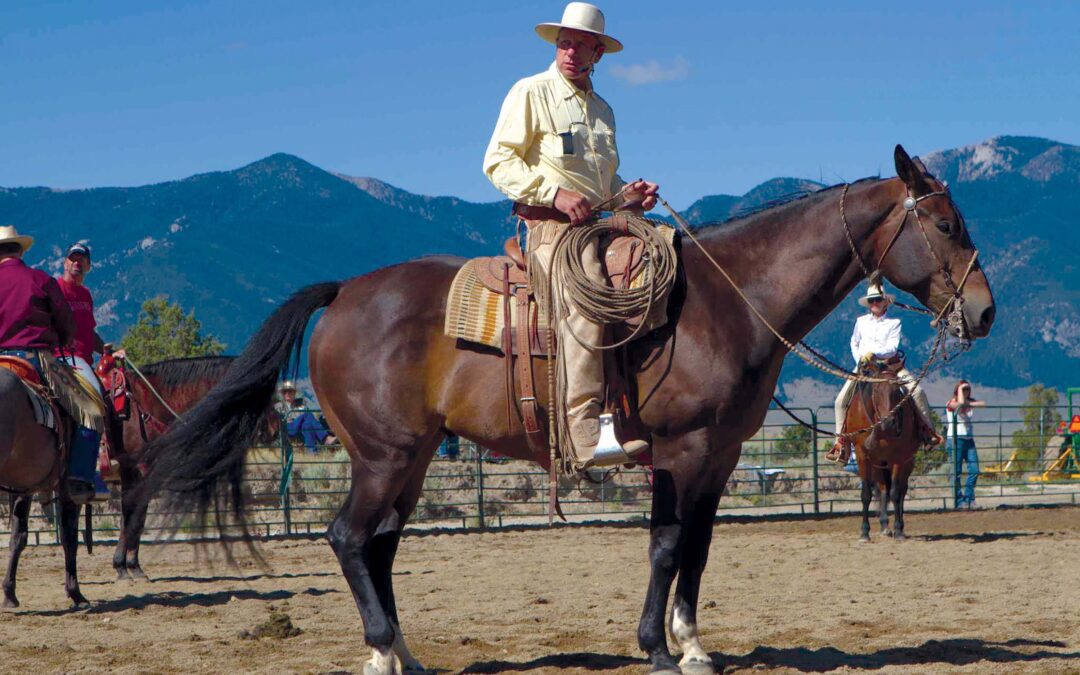 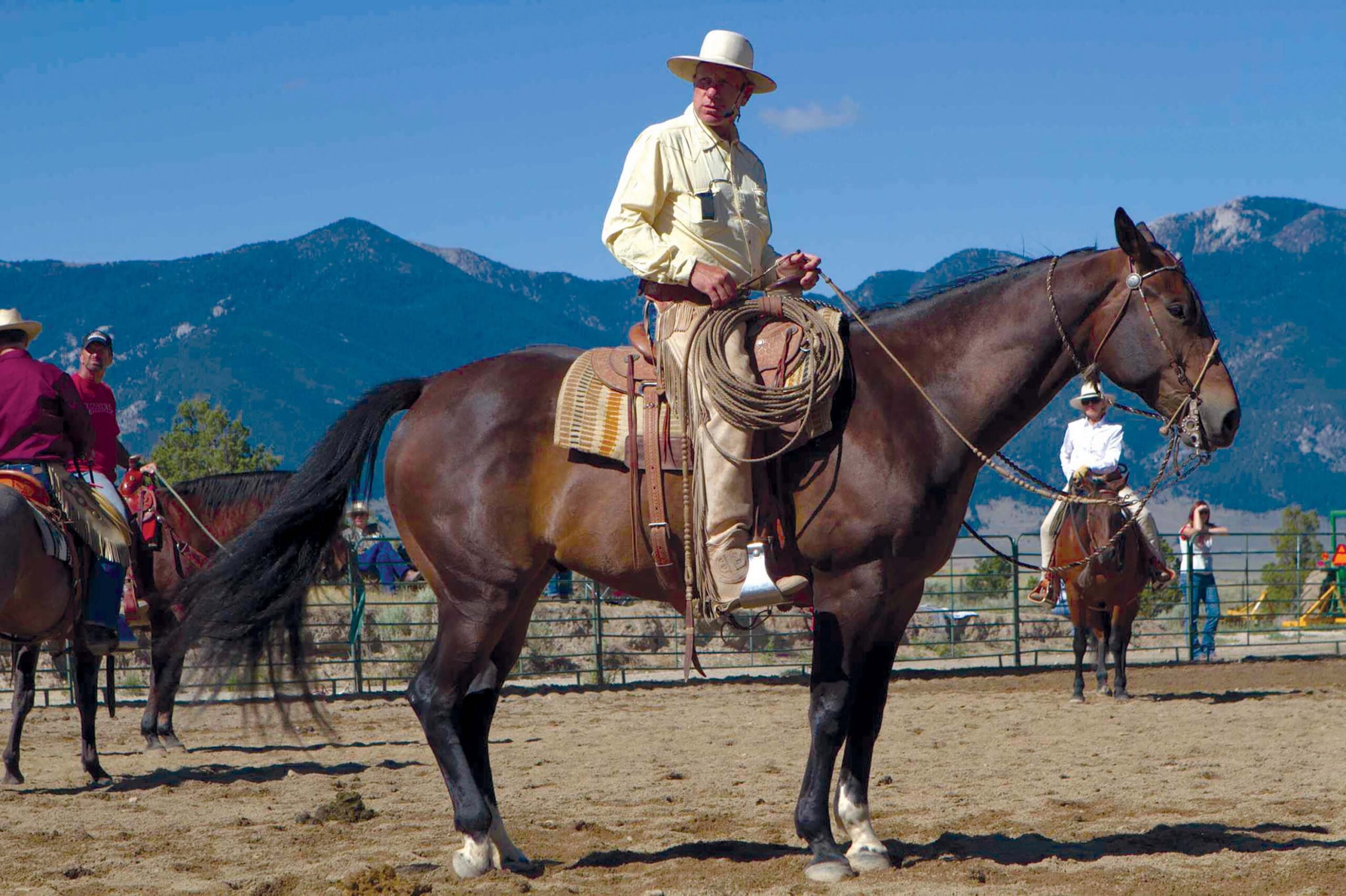 'BUCK' EXPLORES THE life of heralded “horse whisperer” Buck Brannaman, who recovered from years of child abuse to become a well-known expert in the interactions between horses and people.

Editor’s note: In the print edition we mentioned in the photo caption that the screening of “Buck” begins at the wrong time. It begins at 7 p.m. this Thursday.

MNFF Selects, the monthly screening series presented by the Middlebury New Filmmakers Festival, will present the acclaimed and multi-award-winning documentary, “Buck,” on Thursday, March 24, at 7 p.m., at Town Hall Theater in Middlebury. In keeping with the theme of this year’s Selects series, “Humans and Animals: Shared Experiences, Intersecting Worlds,” this superb documentary, directed by Cindy Meehl, is a revealing and moving exploration of the life of heralded “horse whisperer” Buck Brannaman, who recovered from years of child abuse to become a well-known expert in the interactions between horses and people. Winner of the 2011 Audience Award for Best Documentary at the Sundance Film Festival, “Buck” offers audiences a close-up view of a man whose remarkable compassion and empathy for horses elevated the training profession. The film is rated PG.

When the documentary was released, Peter Rainer of the Christian Science Monitor wrote, “Near the beginning of the fascinating new documentary ‘Buck,’ Buck Brannaman, who runs horse-training clinics around the country, says, ‘A lot of times, rather than helping people with horse problems, I’m helping horses with people problems.’ Based at his ranch in Sheridan, Wyoming, Brannaman, soft-spoken and often wearing a white straight-brim hat, spends nine months of the year traveling the country in truck and trailer conducting his four-day clinics. A protégé of Tom Dorrance and Ray Hunt, who developed the method of horse training known as ‘natural horsemanship,’ which advocates mutual respect between rider and steed, Brannaman was an accomplished rider from an early age.” Rainer concludes that, “Buck is about larger things. It celebrates a communion between man and animal that runs deeper than any division.” 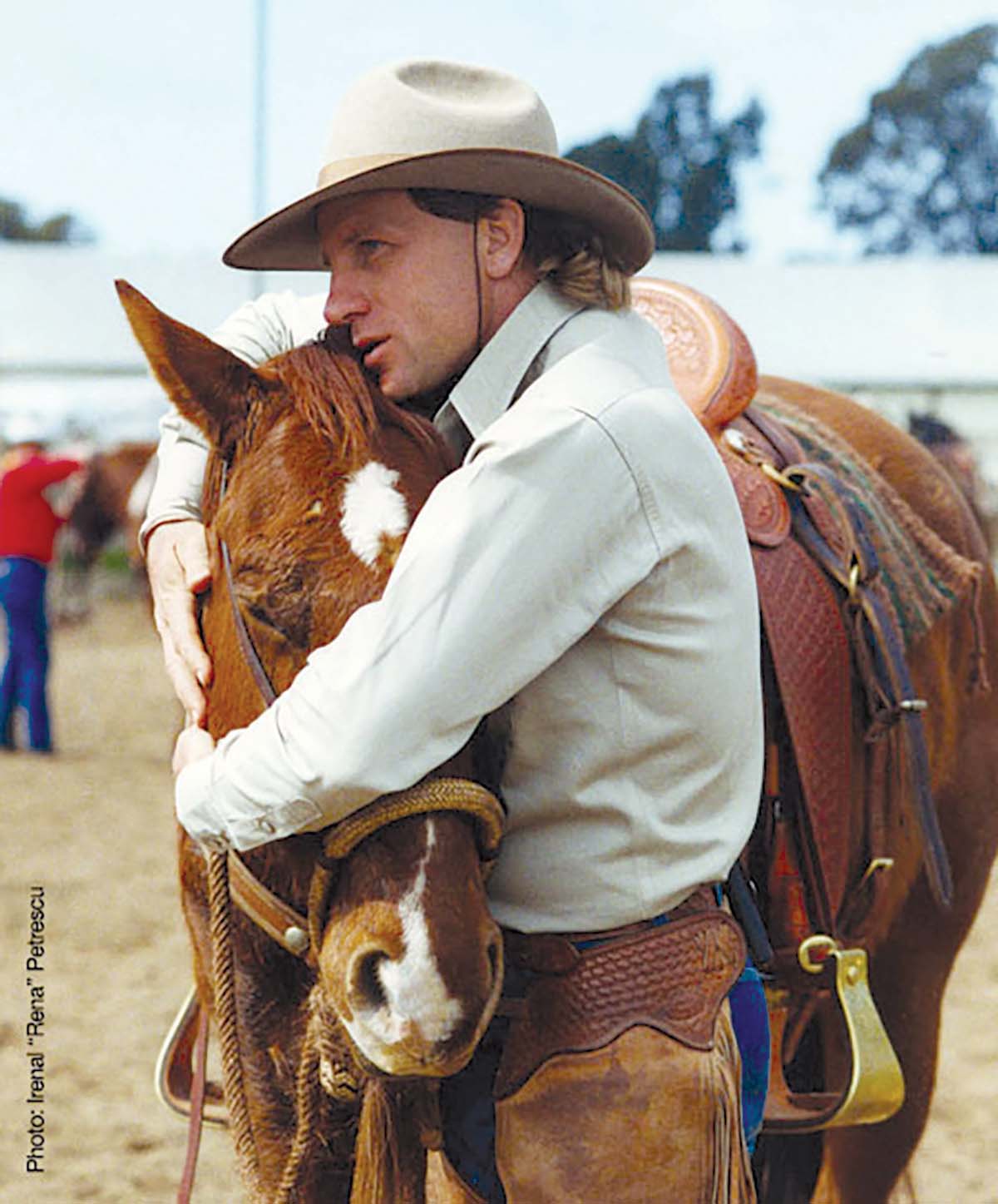 The late Roger Ebert wrote in his gracious and admiring review that Buck Brannaman “was the original ‘Horse Whisperer,’ the character who inspired Nicholas Sparks’ novel and was hired by Robert Redford as on-set consultant for his 1998 film. He has a way with horses, and Cindy Meehl’s documentary is moving as she shows them engaged in dances of understanding. W.G. Sebald once wrote, ‘Men and animals regard each other across a gulf of mutual incomprehension,’ but Buck and his animals seem to have bridged it.”

MNFF is also delighted to announce that Vermonter Tim Hayes, a highly regarded “horse whisperer” in his own right and a good friend of Brannaman, will attend the screening and host a Q&A following the film. In 2015, Hayes published a popular book, “Riding Home: The Power of Horses to Heal,” with this foreword by Robert Redford: “The lessons you’ll take away from this beautiful volume of healing and love between man and nature will stay with you for a long time. And who knows, maybe it will open a door to healing for you or someone you love. Hayes has made this his life-work and the world is a better place for it.”

Hayes is an internationally recognized Natural Horsemanship Clinician and conducts clinics throughout the United States, Canada, Europe, Australia and Mexico and is currently an Adjunct Professor of Equine Therapy at the University of Vermont.

“We are thrilled to offer this complete and compelling event to our audiences,” noted Lloyd Komesar, MNFF Producer. “‘Buck’ is a beautiful and moving film and to have Tim Hayes join us for what should be a fascinating Q&A adds a remarkable dimension to the evening. And we want to thank the team at the world renowned UVM Morgan Horse Farm here in the Middlebury area for their help in pulling this all together.”

The MNFF Selects Series will be adhering to the following revised COVID-19 protocol implemented by Town Hall Theater as of Jan. 15:  All patrons (5 and older) will be required to bring valid proof of full COVID vaccination in printed or digital form along with photo ID (age 18 and up). Alternately, they may provide a negative PCR test taken within 72 hours of attendance. Full vaccination means double dose vaccines and proof of booster/third dose if greater than six months from second dose. For single-dose vaccines, Town Hall Theater requires proof of vaccine and booster if greater than two months from the initial single dose. Additionally, masks must be worn by all patrons (age 2 and up) during all events. These policies are subject to change as national and local guidelines are updated in response to COVID-19.