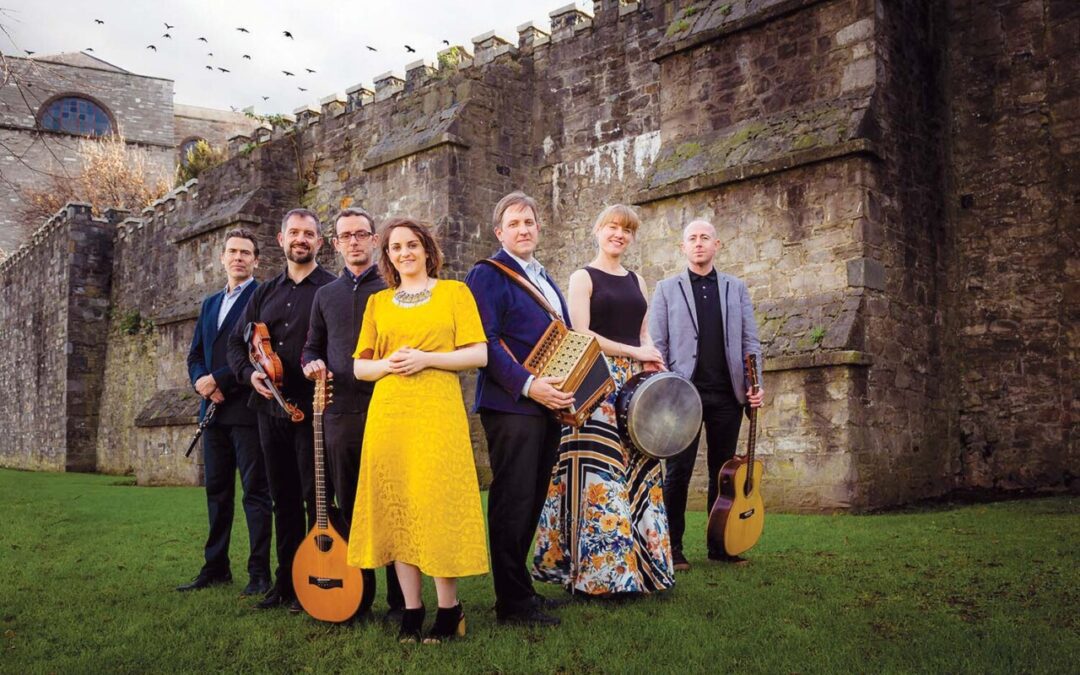 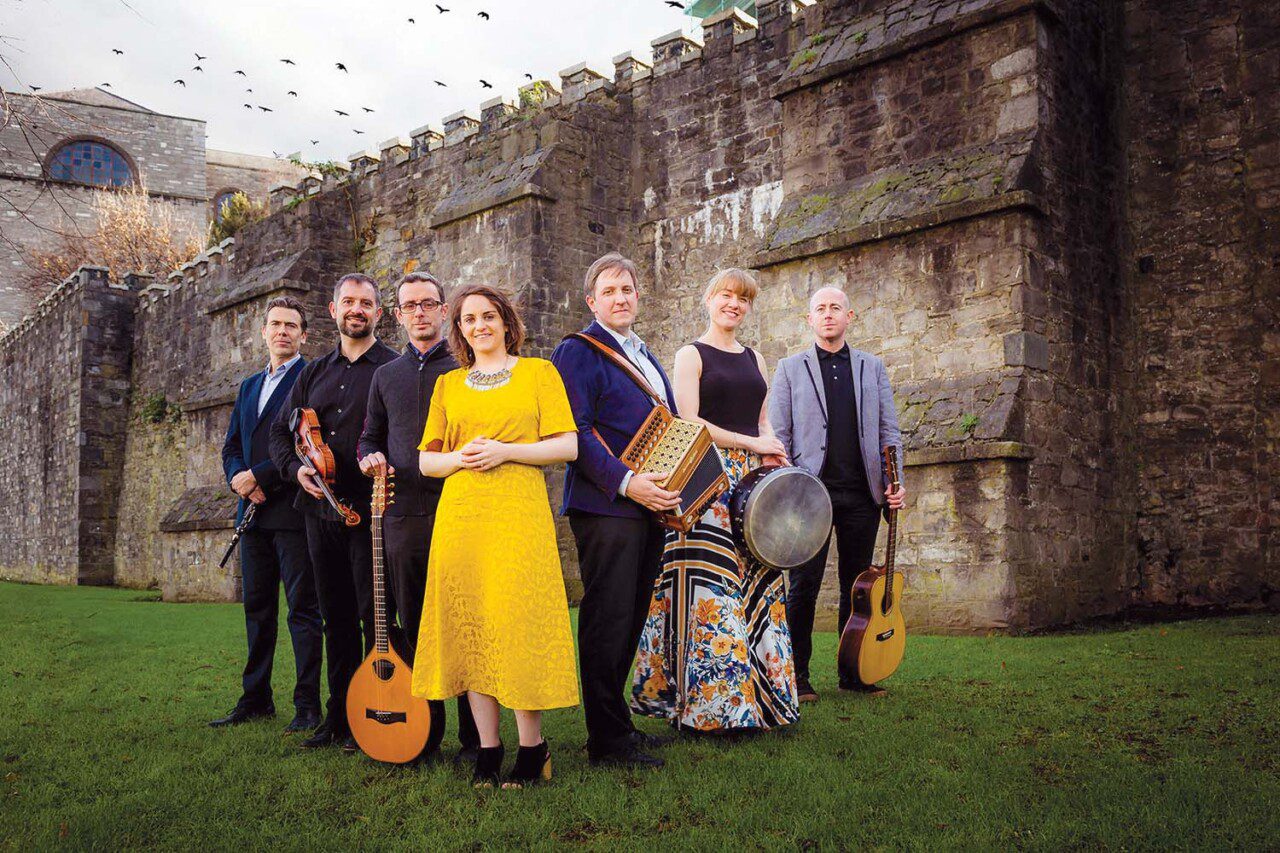 The Middlebury Performing Arts Series presents Danú, one of the world’s leading traditional Irish ensembles, in concert on Thursday, March 10 at the Mahaney Arts Center’s Robison Hall. Danú takes its audiences on a musical journey to their native Ireland, offering a moving and memorable concert experience. The evening is sure to warm spirits in advance of St. Patrick’s Day.

This live, in-person event is open to audiences from both on- and off-campus.

Hailing from Counties Waterford, Cork, Dublin, and Donegal in Ireland, Danú is one of the leading traditional Irish ensembles of today. For over 20 years Danú’s virtuosi players on flute, tin whistle, fiddle, button accordion, bouzouki, and vocals (Irish and English) have delighted audiences worldwide. Winners of numerous awards from the BBC and Irish Music Magazine, Danú has toured throughout Europe and North America with stops at The Hollywood Bowl in Los Angeles and Symphony Space in New York City. Their concert at Middlebury is part of a 17-stop U.S. tour in celebration of St. Patrick’s Day.

Danú’s standing-room only concerts throughout Ireland are true events featuring high-energy performances and a glorious mix of ancient Irish music and new repertoire. The band formed in 1995 as part of Ireland’s delegation to Lorient Inter-Celtic Festival in Brittany, France — an annual event, and the largest gathering of Celtic nations in the world. Their debut album, entitled simply “Danú,” was released by the band in 1997 to huge critical acclaim. In 1999 Danú signed a multi-album record deal with the U.S.-based recording label Shanachie Entertainment, with whom they subsequently released five albums and a live DVD internationally between 2000 and 2006. Over the past few years Danú has added three independent releases to their discography.

Danú welcomed star vocalist Nell Ní Chróinín into the fold in 2016, marking the beginning of an exciting new chapter in the band’s legacy. Nell’s multiple awards include TG4 Traditional Singer of the Year in 2012 and the prestigious Oireactas “Corn Uí Riada” award in 2014.

Danú will perform live at the Mahaney Arts Center’s Olin C. Robison Concert Hall on Thursday, March 10, at 7:30 p.m. Tickets are $25 for the general public, $20 for Middlebury faculty/staff and alumni, $10 for youth, and $5 for Middlebury College students. Vaccinations and boosters (or valid medical or religious exemptions) and masks are required. For tickets, health and safety protocols, and information, call (802) 443-MIDD (6433) or visit middlebury.edu/arts.