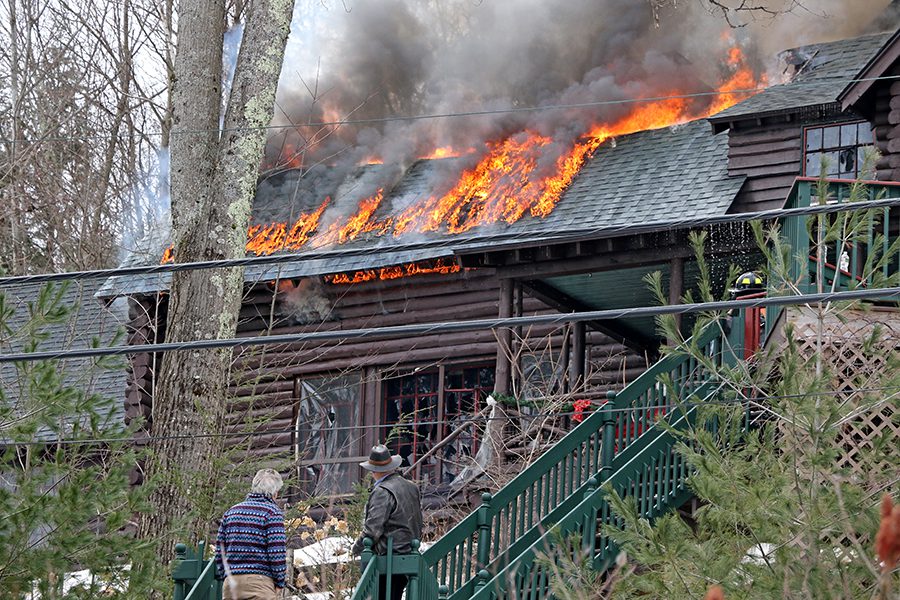 This story was updated on Feb. 23.

And he was standing there watching flames leap from the gables of Tarkey’s Lodge — the unusual old multi-part house that sat up the hill from Lake Dunmore and was the focus of many fond memories for Kenna and for many people in the area.

“I had to borrow a phone to call 911,” Kenna told the Independent in an interview the next day.

Firefighters from nine departments responded to the blaze at the prominent Lake Dunmore property. 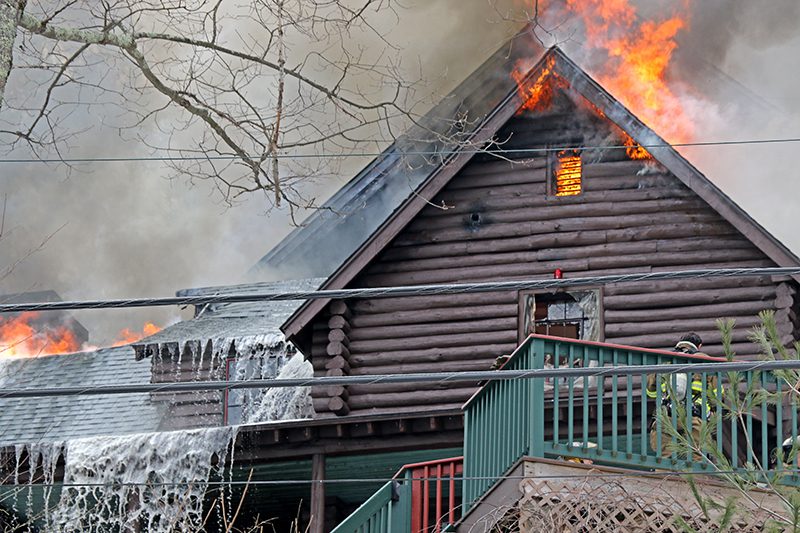 No one was injured in the fire at Tarkey’s Lodge, but the fire claimed the entire structure. Flames were shooting out of a gaping hole in the roof over one part of Tarkey’s as flames licked out from under the eaves of another part of the roof at around 2:30 on Monday afternoon. The brown, log building that sat in a prominent place was well known in the area.

Kenna said construction was being done in the building, the main structure of which was built in 1936, with a second house built perpendicular to the first in 1972. What resulted was a very large building with many bedrooms including a bunk room that slept 10. Overall the lodge could accommodate around 30.

Rob and Karen Kenna had renovated the third floor during the pandemic, including adding a stained glass window made by Karen’s sister. They were redoing the kitchen and dining room; getting rid of a massive, inefficient 1936 stove.

The fire may have been ignited when the carport was being heated up as part of the renovation. 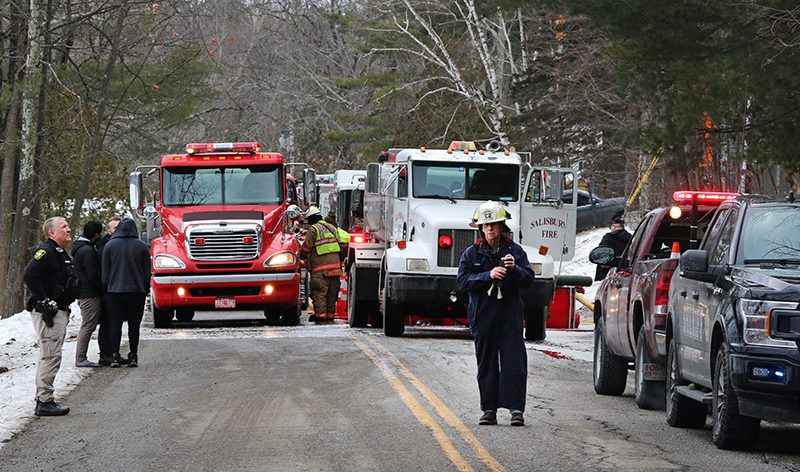 Over this past weekend Tarkey’s hosted a group of 18 guests from the International Fellowship House, a Boston organization that provides housing for foreign students studying in Massachusetts. The 18 students from the organization were getting ready to go back to Massachusetts when the fire struck, Kenna said. Some of them lost clothing and computers, he said.

The students were guests — not renters. Rob and Karen Kenna, whose principal residence is in Concord, Mass., purchased the place in 2009 and invited many people to stay there. They have a big family and loved hosting children and grandchildren. Three of their own kids were married at Tarkey’s.

And then there were the out-of-town guests.

“A lot of people have such wonderful memories of it,” Karen Kenna said. “I was heartbroken. Our house was a gift from God.”

Karen expressed thanks they got from their church community at One Church in Brandon, formerly LifeBridge. 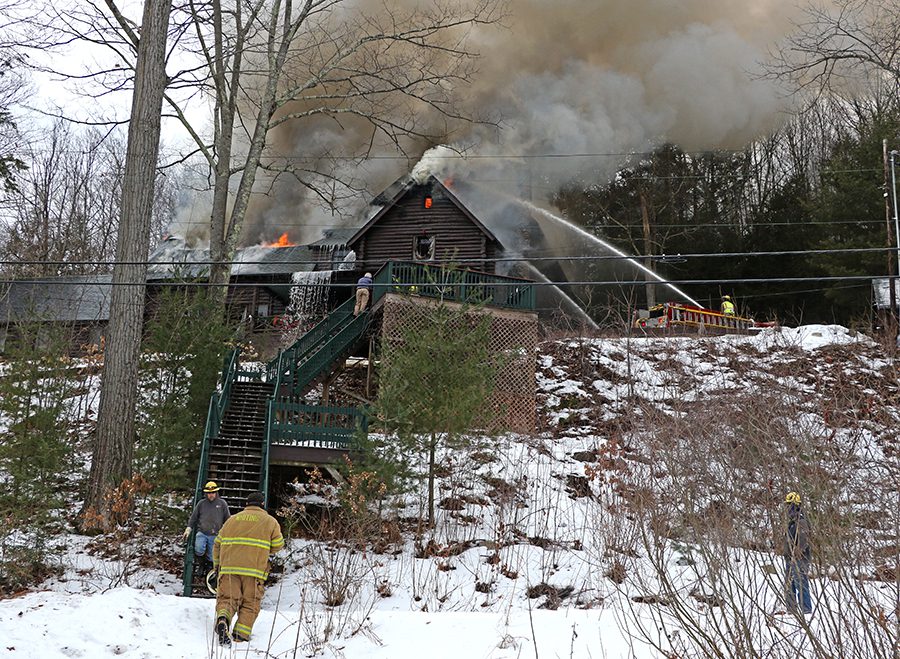 Officials closed off traffic on West Shore Drive between Route 53 and Waterhouse’s. Large streams of water arced into and on top of the flaming building at mid-afternoon. Firefighters cut a hole in the ice on Lake Dunmore to enable them to draw more water to battle the blaze

Alas, their efforts could not save the place

Rob Kenna was grateful for the work of the firefighters.

“They were terrific,” he said.

After calling his wife back in Concord using his borrowed phone, and hanging around to watch the work of the first responders, Rob eventually realized he didn’t have much to do, or much to do it with. So he hitched a ride back to Massachusetts with the International Fellowship House guests and prepared to deal with the insurance.

The home was insured for replacement value. The Kennas said they hope to rebuild with many of the same characteristics as the original Tarkey’s.