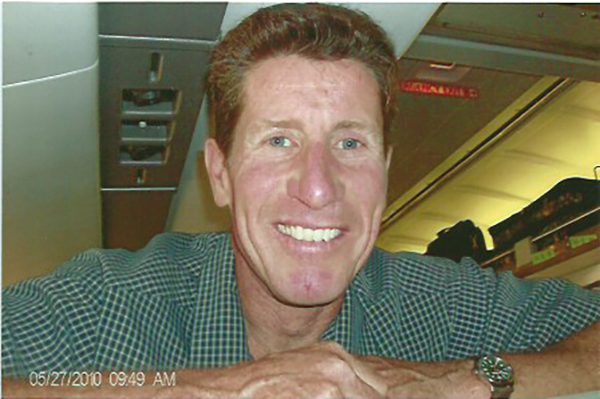 Jim grew up in East Windsor, Conn., and moved to Vermont in the late 1980s where he steadily worked becoming a highly skilled and sought-after master carpenter. Scores of beautifully crafted, well-built homes and renovations — including his own — provide a legacy that testifies to Jim’s talents, creativity and professionalism.

His clients, coworkers, friends and family all appreciated his strong, steady approach to solving problems, large and small. Jim’s attentive listening was usually followed by a thoughtful consideration of what was at hand, and then a wide smile and a positive response. Requests for his expert advice or assistance were treated generously — when asked, Jim would help anyone, everyone that he could. His sense of humor sweetened any deal.

Jim thoroughly enjoyed the outdoors — gardening, cross-country skiing, and hiking gave him many enjoyable moments, on his own and those he shared with Andrea. An accomplishment that Jim was proudest of was becoming an “Adirondack 46-R” — an honor earned by hiking all 46 peaks in the Adirondack range. 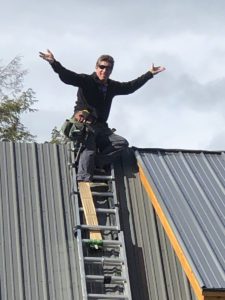 He was fascinated by family history and enjoyed discovering stories and records through his research. One of his most rewarding personal high points was a trip he took to Ireland, where he was able to explore his Irish roots first-hand, meeting several of his relatives living there.

Jim’s deep connection to family particularly shone out in the pride and happiness of his relationships with his nieces and nephews, of two generations — his best smiles and heartiest laughs were found in their company.

Jim was a wonderful, supportive husband to his beloved wife Andrea. He was an affirming force in the lives of those who knew him best, and he influenced countless others from his reserve of character, kindness and genuine humanity. These gifts will continue, including even those he did not meet through his choice to be an organ donor.

Jim will be missed by many and remembered by all who had the great good fortune to spend time with him.

Jim was predeceased by his parents, Ed and Mary, and sister, Kathy.

A celebration of Jim’s life will be held at a later date.