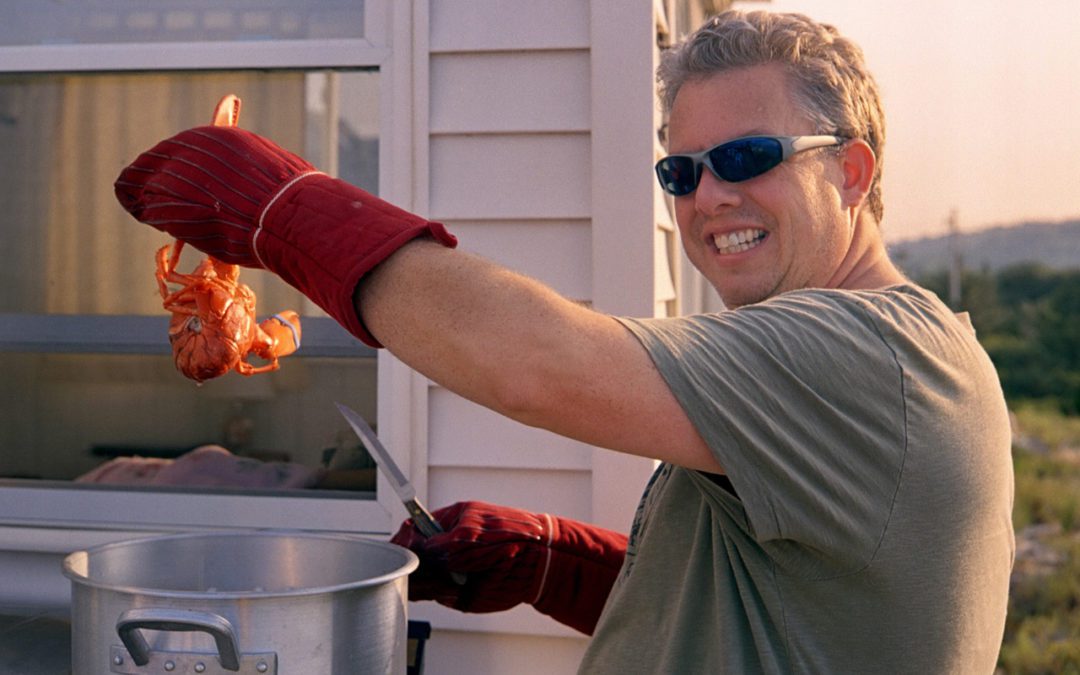 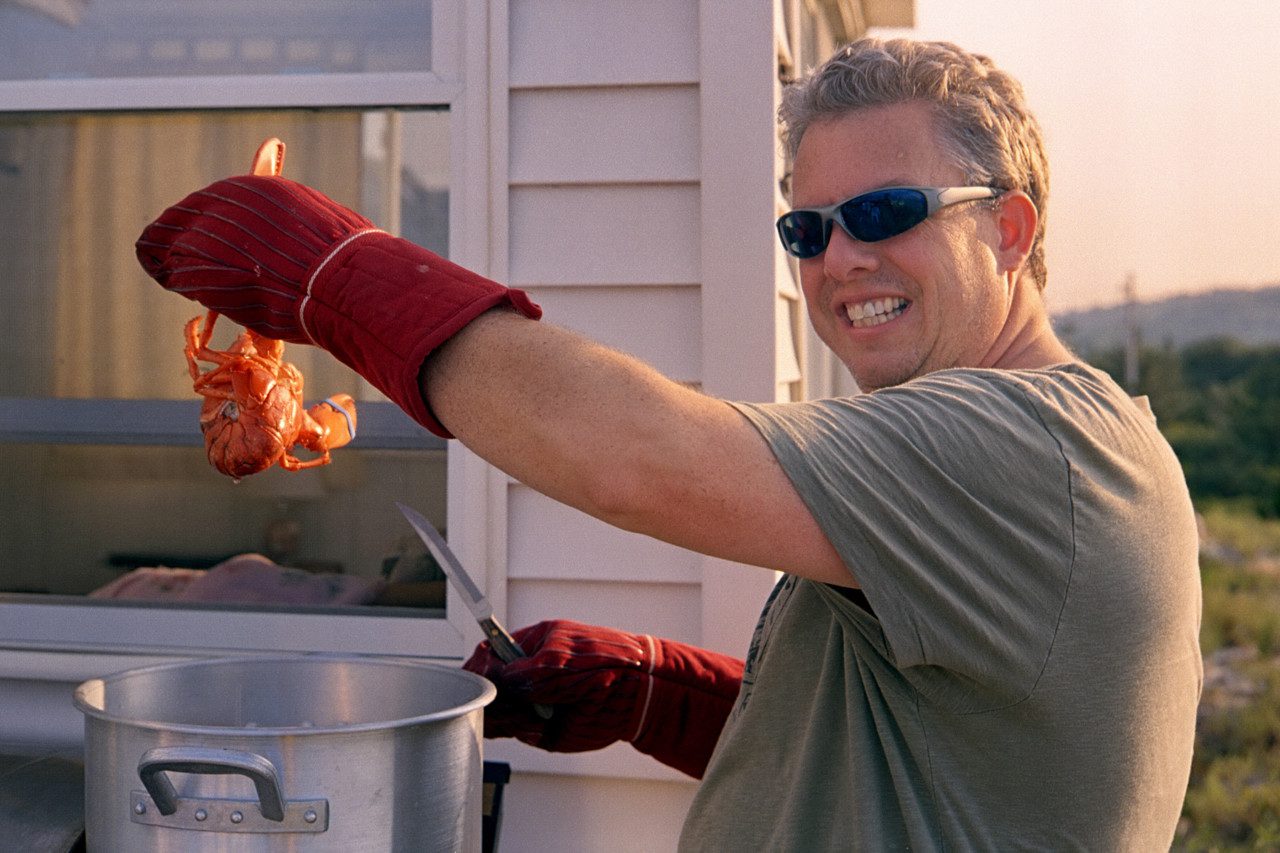 CHELSEA — Terrence Rooney died unexpectedly at his home on Monday, Jan. 17. He was the fifth of six children born to Terrence and Grace (Nuttall) Rooney on June 29, 1967 in Norwood, Mass.

To say Terry was the best, while true, seems so trite, like that isn’t enough. The best dad, the best brother, the best son, best husband. When I look at the words my kids wrote down to describe their dad, that’s what they wrote: The Best Dad Ever. I could give a million examples, but at the end of the day it would all boil down to he was just that: The Best. He was a family man. We were his priority. Never a day went by that any one of us questioned his love for us. Ever. If he loved you it was undeniable, you knew it.

Terry loved to read, anything really. He’d have a book about some ancient civilization, religion or culture and I would ask him “Why are you reading that?” He’d answer “I don’t know, seems interesting.” He loved a good podcast, and you always knew if he was enjoying it because you could hear his loud laughter through the house — his laugh, his big, boisterous laugh, uniquely his own. We heard it often during the day. If Terry wasn’t laughing he was singing, usually loudly while he was in the kitchen: Led Zeppelin, AC/DC, Ozzy, Jimi. I will miss hearing, “Alexa, play classic rock.”

Terry had a love/hate relationship with his garden. Every spring he would prepare his veggie beds with excitement. By late summer, after being thwarted by pests, fungus or critters he vowed not to invest his time again next year. But spring would roll around and he would be out there digging in the dirt.

Terry loved watching sports, particularly The Pats. There was many a Sunday night when I willed them to win so our Monday wouldn’t be so somber. Tom Brady, the G.O.A.T. as he referred to, was revered in our house. Tennis was a passion of Terry’s. On a summer night you’d often find him working on his serve with his trusty dog by his side to retrieve them.

He was funny! We were always laughing in this house. He was quick-witted, always ready to make a joke. Usually they were well received. Occasionally they would have to be followed up by “I was only joking.”  He was an extraordinary storyteller on long car rides. The kids would beg him to tell them a story, which usually included a leprechaun or wizard and always a little potty humor.

He would tell you his kids are his biggest achievements. He adored them. He was a great listener and had the patience of a saint. They were his priority and they knew it. He encouraged them to follow their dreams, whatever they were. They knew they had their dad’s support. Anything went with Terry. I can’t count the times I came home and found the kitchen and kids covered in food coloring from some experiment. Or him letting them ride in laundry baskets on the treadmill at full speed. He was an extraordinary dad to his kids and there will be a huge gaping hole in their lives.

Terry grew up in Walpole, Mass. with his parents and five siblings: Mary, Maura, Kathleen, Paul and Ellen. Terry graduated from Walpole High School in 1985. He went on to graduate from Bridgewater State University with a Bachelor’s Degree in Psychology. He served the Vermont Department of Corrections for 20 years with integrity and compassion.

In 1994 he met Dori (Pomainville). We were married on May 13, 2000. He was a devoted husband. We were a team, we counted on each other, but mostly our love for each other was undying. He was my love story that, unfortunately, ended way too early without a happy ending.

We have three of the bravest kids, who adored their dad: Kealin Grace, Maddy Ann and Crosby Flynn. He will forever be missed by his mother, Grace Nuttall Rooney of Framingham, Mass.; and his siblings, Mary (Ken) Carson of Framingham, Mass., Maura (Josh) Rooney of Arlington, Mass., Kathleen (Chris) Rooney of Bethany, Conn., Paul (Jodi) Rooney from Needham, Mass., and Ellen (Gary) Rooney of Penticton, B.C. Terry was predeceased by his father Terrence in 1989. Terry is also beloved by his marriage family of Ann Pomainville, Deb and Bob Hillman and Maurice Pomainville (all of Salisbury, Vt.), Delise (Lars) Robarts of Burke, Vt., and Steven and Paul Pomainville of Deerfield, N.H., as well as many nieces, nephews, aunts and uncles.

The family is planning a memorial for spring. In lieu of flowers you may send contributions in memory of Terry to the college fund for Kealin, Maddy and Crosby at Mascoma Bank P.O. Box 218, Chelsea, VT 05038.

A private message of sympathy for the family can be shared at www.boardwayandcilley.com. The Boardway and Cilley Funeral Home, Chelsea, Vt., is in charge of arrangements.◊