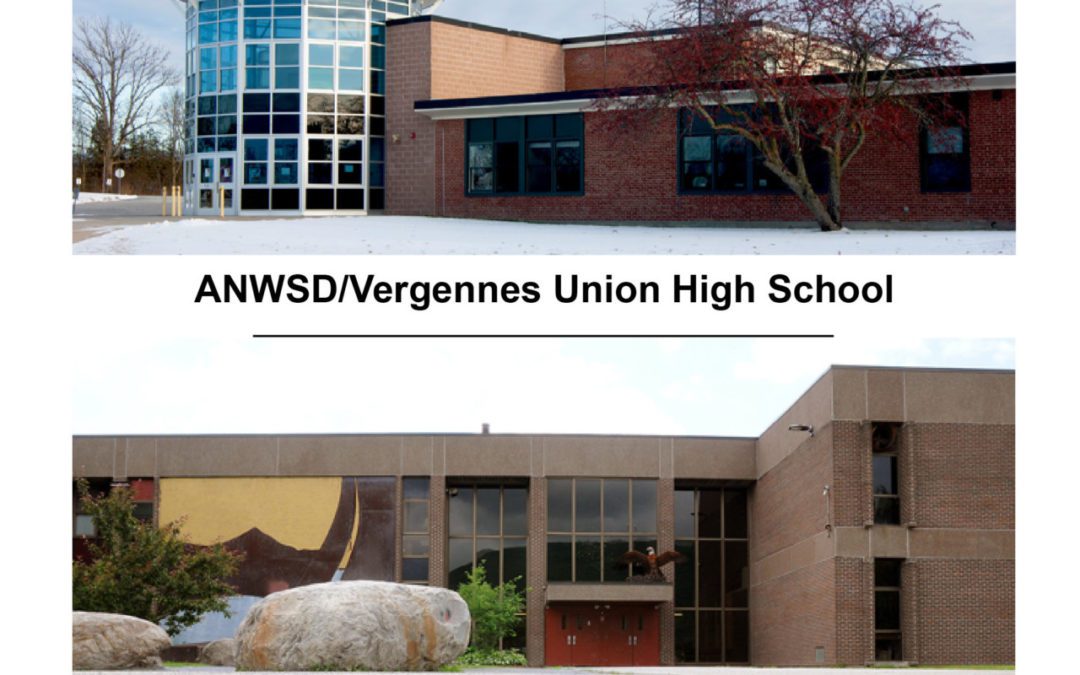 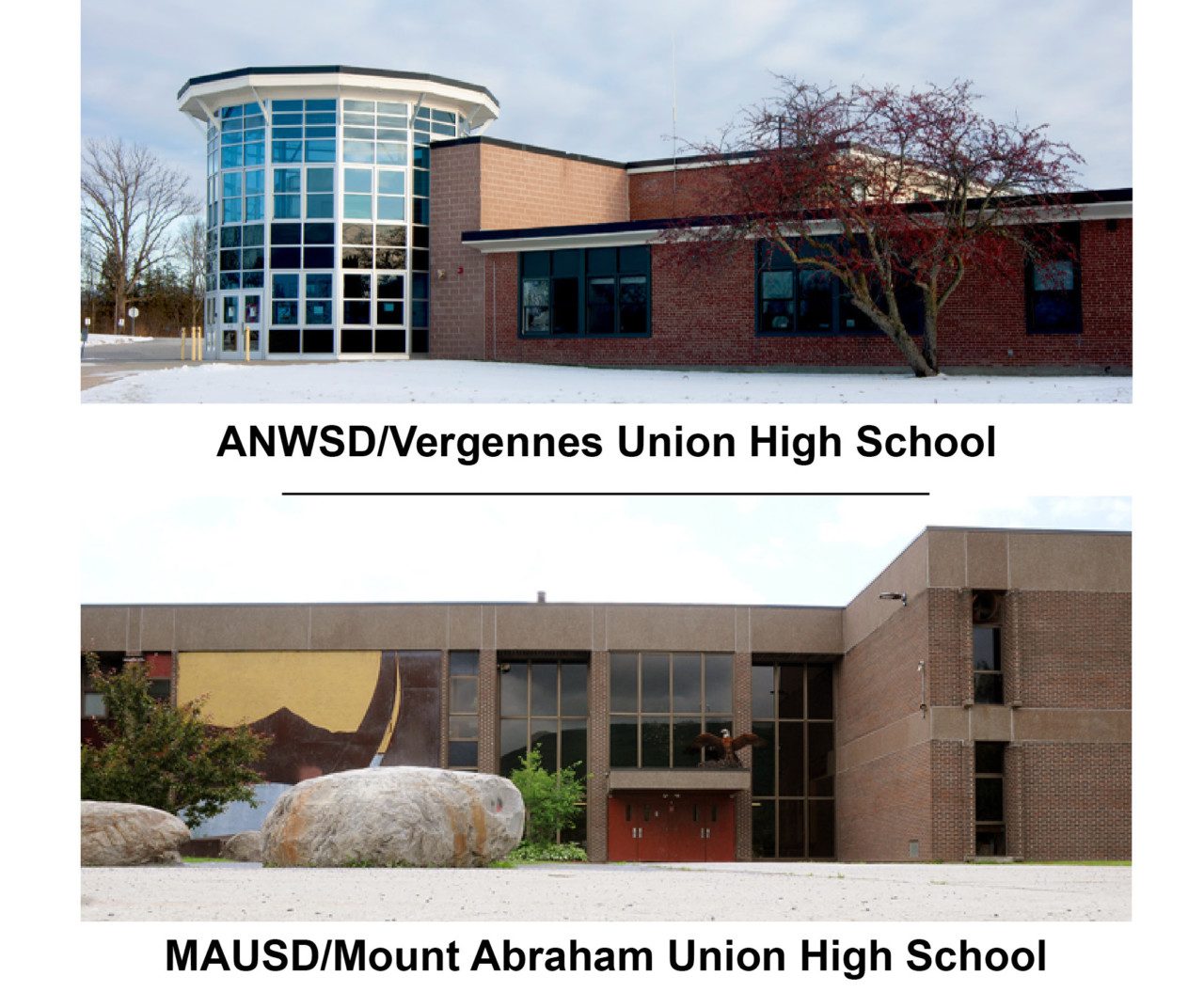 VERGENNES — The ANWSD-MAUSD Merger Study Committee on Monday night began a widely anticipated discussion about how the rules for a potential merger between the Addison Northwest and the Mount Abraham Unified school districts should address the issue of school closures. By that time, committee members had already received quite a bit of correspondence from parties with a vested interest in that issue.

The committee came to no conclusions this week, but had plenty of information to consider.

“We request that you include in proposed Articles of Agreement provisions assuring that an elementary school program will not be closed, repurposed or otherwise terminated for grades K-6 students resident in the town where the school program is located without the approval of voters of that town,” wrote Starksboro resident Herb Olson on behalf of the Starksboro Save Our Schools Committee in a Dec. 29 email to the merger study committee.

“School administrators and board members who are afraid that a town will never vote to close their schools have little faith in the arguments they are making as to the value of school closure,” Forlenza wrote. “They should take their reasons for deciding to close a school to the voters and let them determine what is in the best interest of educating students in their towns. Otherwise, administrators and board members are negating the value of citizens deciding for themselves.”

The correspondence was of a piece with both towns’ histories of valuing local control of their schools.

In 2016, as the five member towns of the Addison Northeast Supervisory Union (ANeSU) — Bristol, Lincoln, Monkton, New Haven and Starksboro — prepared to vote on articles of agreement forming a unified school district under Act 46, Lincoln and Starksboro were the only towns that still voted their school budgets from the floor on Town Meeting Day, and they stood to lose that.

When they came up for a 5-Town vote that November, the articles of agreement included a “minority report,” written by three Starksboro and Lincoln members of the ANeSU Act 46 Study Committee, including Herb Olson. The report raised concerns about, among other things, the committee’s choice of a consultant trained by the Vermont School Boards Association “with a clear bias toward unification,” who advised against “tying the hands” of the new board. The report said that led the study committee “to reject many suggestions for Articles of Agreement that were intended to address concerns that citizens have expressed about the possible disadvantages of consolidation.”

Among those disadvantages: that a unified district could close local elementary schools in towns that didn’t want them closed.

In response to the minority report, the ANeSU Act 46 Study Committee pointed out that it had taken the highly unusual step of revising one of the articles of agreement “to require town voter support before a school can be closed” and made other changes it felt “will help direct the new unified board to highly value local input.”

When it came time to vote, the ANeSU Act 46 articles of agreement were approved in all five towns, but in Lincoln and Starksboro the margins were razor thin. Had 18 votes in Lincoln or 12 votes in Starksboro gone the other way, the district would have had to go back to the drawing board.

The extent to which this context has been provided to the ANWSD-MAUSD Merger Study Committee was not clear at Monday night’s meeting, but it was not presented, or even alluded to, by the committee’s paid consultant, Tracy Wrend.

Discussions by the committee since it began working this past July to determine if a merger between the Vergennes- and Bristol-based school districts would be a good idea, do suggest, however, that the committee is familiar with the more recent history of the two districts:

• In July 2020, in an effort to address declining enrollment and rising education costs in the district, the ANWSD board terminated the elementary program at Addison Central School despite overwhelming voter opposition in that town. The ANWSD did not have the authority to “close” ACS without voter approval until July 2021, according to that district’s articles of agreement, but the school board sought and received legal advice suggesting it had the authority to reassign all of the children in the school and replace the elementary program with a special education program.

• A group of Addison residents has since launched two attempts to withdraw from the ANWSD. Both were rejected by town voters, not least because there was no school building they could legally claim as their own. Since then, however, the ANWSD has begun discussing the possibility of reassigning the existing special education program to the Vergennes Union High School building. Whether the district will sell the building back to the town of Addison, and whether Addison will again attempt to withdraw from the district, remains to be seen.

• A December 2020 proposal by MAUSD Superintendent Patrick Reen to terminate the elementary programs in Lincoln, New Haven and Starksboro — without seeking voter approval in those towns because the schools would be “repurposed” rather than technically “closed” — triggered a year-long battle over the definition of “closure” in the district’s articles of agreement. The plan, which was developed to address declining enrollment and rising education costs, also suggested merging with the ANWSD.

• In August Lincoln voters overwhelmingly approved a plan to withdraw from the MAUSD altogether, citing, among other things, Reen’s proposal and the lack of a guarantee from the merger study committee that it would honor the MAUSD articles of agreement regarding school closure.

• Also in August, the Starksboro selectboard held a special meeting to discuss the future of its elementary school. The possibility of withdrawing from the MAUSD was raised, and it remains to date an open question in the town.

• In November the MAUSD board refined the definition of “closure” in the district’s articles of agreement to include taking all the K-6 kids out of one school and assigning them to another.

So on Monday night it likely surprised no one when at the beginning of an agenda item dedicated to discussing “Considerations for School Closure – Provide Direction for Draft Articles,” merger committee member Dave Sharpe of Bristol suggested the committee consider the following language for its articles of agreement: 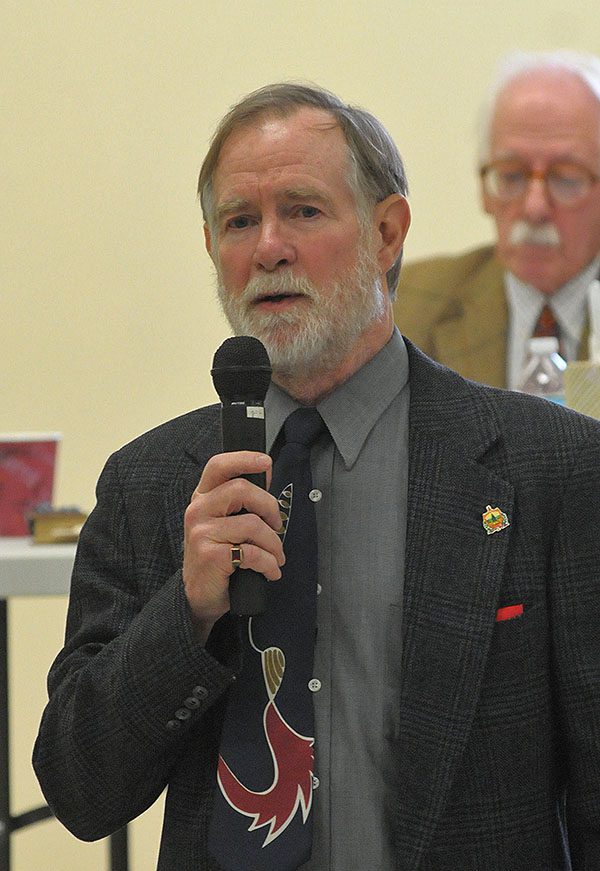 But some on the committee did not seem ready to discuss Sharpe’s proposal.

After Sharpe brought it up the first time, committee co-chair MariKate Kelley of Monkton gave the floor to Wrend and her presentation, much of which concerned what the committee was and was not legally bound to do, according to state statute.

Sixteen minutes later, when Sharpe brought up his proposed language again, Kelley replied that she wanted to find out first if the committee even wanted to talk about school closure, or if it thought it would be more appropriate to talk about grade configurations first.

Eight minutes after that, Sharpe inquired of the co-chair whether the committee was operating according to Robert’s Rules of Order. When Kelley confirmed it was, Sharpe made a formal motion to include his proposed language in a possible merged district’s articles of agreement.

But, as it turned out, Robert’s Rules of Order does not allow for motions to be made, discussed or approved unless the agenda item was an action item, and this was not an action item.

Wrend asked Sharpe if he would be willing to email his proposal to her, with the promise that she would distribute it back to the committee, along with any other language suggestions, for a future meeting. Sharpe agreed.

The remaining discussion moved from committee member to committee member, and a variety of opinions and concerns were expressed, suggesting much more discussion will need to happen before anything like a consensus can be reached.

The committee will hold its next meeting on Jan. 18.