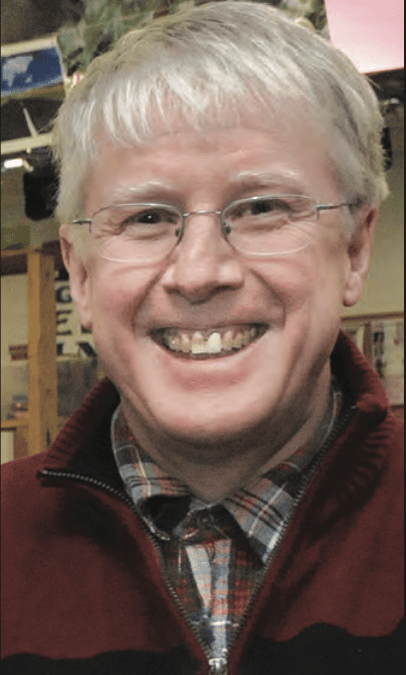 “Dana Peterson is possibly the most disrespectful colleague I have ever worked with and this includes someone who spit in my face.
— Jake Burnham 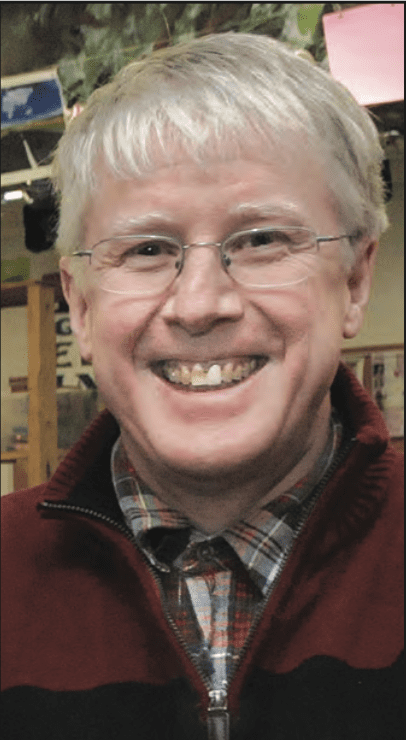 MIDDLEBURY — Patricia Hannaford Career Center (PHCC) Superintendent Dana Peterson has come under fire from several former career center employees who allege they were mistreated and verbally abused, to the extent they resigned — in the case of one employee, after only two weeks on the job.

Some of those providing input for this story have also aired their grievances publicly before the board of the Patricia Hannaford Career Center (PHCC). Alleging that the school has been unresponsive, two educators brought their concerns about Peterson to the Addison Central School District board on Dec. 13.

Peterson’s critics have been urging school directors to not renew his contract next summer.

Peterson signed a two-year contract as interim superintendent of the PHCC in the summer of 2017. The board eventually extended his stay, removing the interim moniker. Previously Peterson served as top administrator at Woodstock Union Middle School (since 1999) and as assistant principal (1998-1999) and French teacher (1990-1999) at Mount Saint Joseph Academy in Rutland.

He left Woodstock in June of 2017, following two controversies: An assembly he OK’d during the spring of 2016 at which female middle school teachers were asked to address dress code violations with seventh- and eighth-grade girls; and the launch of a new grading system at the middle school.

The Independent reached out to Peterson multiple times seeking reaction/rebuttal to the criticisms that have been made against him. He politely declined, saying he would allow the PHCC board statement (appearing below) to speak for the situation at this time.

One of Peterson’s most vocal critics has been Jake Burnham, a 1999 MUHS graduate who spent 11 years teaching engineering, architecture, computer science and programming at PHCC before resigning earlier this year.

“I submit this resignation because I have lost all trust in the leadership of the (PHCC) board and its superintendent, and their collective ability to successfully navigate the school through the years ahead,” Burnham wrote in his resignation letter.

“If I thought the board and superintendent were capable of change, I would not be resigning,” he added. “I simply cannot continue to give these managing bodies my best when they continue to give us their least.”

Burnham elaborated on his perception of Peterson’s leadership style.

“He leads through division, intimidation, and spinning interactions and dialogues into someone else’s misinterpretation of his message,” he said. “The former is mildly acceptable given it lacks any huge psychological warfare, but the latter is mentally and systemically abusive and ripples into the values of the school.”

Burnham was among PHCC educators who completed and returned a March 2021 feedback survey of the superintendent. Burnham elected to affix his name to what was an anonymous survey, in which he made some of the following allegations:

Burnham is currently a designer at Studio 3 Architecture in Bristol. He acknowledged an interest in returning to the PHCC if there is leadership turnover at the center.

OFF TO A ROCKY START

Douglas Brooks was offered, and accepted, a job as construction trades teacher at the PHCC during the summer of 2020. He said things got off to a rocky start, beginning with his placement on the PHCC’s salary schedule. He claims Peterson took that action unilaterally and without deference to a union contract provision that Brooks argued allows for professional experience and training to be counted as equivalent to college credits.

“Mr. Peterson began by saying he had read through all my supporting documents and claimed he had detailed the salary schedule in our interview,” Brooks wrote in a letter of complaint to PHCC board Chair Suzanne Buck. “I corrected him, saying all he had asked me in my interview was whether or not I had a Masters’, and he had told me I would be in the Bachelor’s salary column. Despite being corrected, Mr. Peterson would continue to claim throughout our meeting that he had thoroughly explained the salary structure. I was forced to correct him multiple times.”

Brooks submitted his resignation on Sept. 3, 2020, “due to significant concerns over how I was being treated by the leadership of the school.”

He added, in his resignation letter, that he was appalled as a taxpayer “to learn this is the kind of treatment someone can expect from the leadership of one of my local schools … I do not like the idea of my tax dollars paying for poor management; it is theft from taxpayers, teachers, and students.”

Kate La Riviere served as the PHCC’s community outreach coordinator from July 2017 until her resignation in February of 2020.

“I resigned after working conditions under Mr. Peterson’s administration became extremely challenging professionally, as well as detrimental to my personal well-being,” La Riviere told the Independent.

She alleged that Peterson told her in late May of 2019 that “nearly half the staff” had lodged complaints and concerns about her.

“He would not substantiate these claims and when I asked him for assistance in repairing relationships and addressing the alleged infractions — ambiguous as they were — he told me that he was ‘not in the business’ of telling people how to act professionally and refused to answer any questions about the nature of the incidents so that I could address them myself,” La Riviere alleged.

“I basically ended up going from person to person asking if there was any air that needed clearing between us and was met on all counts with bewilderment,” she continued. “In one instance, I said to a colleague, ‘Dana said I did something and told me that you were mad at me,’ and the individual replied, ‘Yes, he told me I was mad at you too.’”

La Riviere said she believes Peterson’s words and actions fell under “whistleblower retaliation,” and were designed to intimidate her. She said that in early May 2019, she’d reported being harassed by a student (called a gendered slur) and, working with the teachers’ union building representatives, requested a sexual harassment investigation.

“Mr. Peterson failed to properly conduct the investigation in the required amount of time (or rather, not at all) and was clearly trying to scare me into keeping this fact under wraps,” La Riviere alleged. “In the final weeks of the 2018-2019 school year, roughly the whole of June 2019, my job was threatened no fewer than three times verbally and in writing.”

La Riviere contended she was “effectively stripped of all of my professional responsibilities” at the start of the 2019-2020 academic year.

“I was isolated from colleagues in a windowless office all by myself,” she alleged. “Resigning without much of a safety net was a tough choice, but I don’t know where I would be if I hadn’t left.”

O’Connor shared his concerns about Peterson at the Dec. 13 ACSD board meeting. He told the panel that career center staff had appealed to the PHCC board last spring to conduct a “thorough review of the school’s leadership and how it affects climate, morale and student learning.”

He asserted the teachers’ union “has been working with the career center superintendent in various ways for several years to address persistent, ongoing problems, with no discernible improvements to conditions.”

O’Connor voiced frustration that neither the PHCC board nor Peterson had developed a plan to “address the dire needs and concerns at the career center — concerns that are having direct impacts on students, teachers and programming.”

He alleged each of the last two years have seen a PHCC educator leave just prior to the start of the academic year, with both educators blaming Peterson for their respective departures. This left the PHCC with two programs without licensed instructors, according to O’Connor.

“The ACSD are consumers of a product that PHCC is offering,” O’Connor told the board. “We share students –— 25% of our students access the career center, that’s a lot — and we should be demanding competent leadership. The standard that our community has come to expect from the career center cannot be sustained without it.”

O’Connor concluded by imploring the ACSD board to intervene, though it has no direct oversight over the career center and its superintendent.

In an email exchange with the Independent, O’Connor said, “We asked the PHCC board to address our concerns and develop a plan on how to move forward. We have heard nothing. We have significant concerns around Mr. Peterson’s leadership. Staff morale is at an all-time low. Communication is abysmal. The staff does not trust him and this has led to staff turnover.

“The truly unfortunate part of these issues is they hurt students.”

WHY WAS SHE FIRED?

Gretchen Bailey served as PHCC bookkeeper for around two decades until she was informed this March 18 that her contract wouldn’t be renewed. She told the Independent that it was PHCC Associate Superintendent Jay Stetzel informed her that it was Peterson’s decision. Bailey said she emailed Peterson on March 22 asking why she’d been fired. She claimed it was four weeks later that she was granted a meeting with Peterson and Business Manager Austin Haynes.

She said Peterson told her it was for “mistakes, deficiencies and a certain regression” in her performance. But Bailey claimed her previous evaluations (from past superintendents) had been “excellent.” Rather than poor performance, Bailey believes the motivating factor for firing was due to her intent to join the district employees union.

Moreover, Bailey said she conveyed her concerns about Peterson creating a “hostile, negative work environment” to all PHCC board members back in February of 2018, but received no response.

Bailey has filed an unfair labor practice charge with the Vermont Labor relations Board, related to her termination.

“As a previous employee, taxpayer, and someone who loves this school, I challenge each member of this school board to open their minds and reflect on all previous complaints and statements brought to your attention by individuals who have served this school,” Bailey wrote in a statement she promised to share with the PHCC board next month.

Buck provided the following statement to the Independent, on behalf of the PHCC board:

“The PHCC board takes very seriously all comments from the community and staff. However, when the comments pertain to a personnel matter we cannot discuss them for that very reason. The Board has systematically investigated, with the assistance of legal counsel and special investigators, all allegations by staff and the union of recent abuse. Since these have mainly involved personnel issues the results of these investigations have had to remain confidential. Matters under current investigation have not yet been concluded and the board is still waiting on counsel’s recommendations.”

“The board is disappointed that private and confidential issues have been dragged into the public domain when they have been addressing these issues proactively with outside counsel,” the statement concludes.