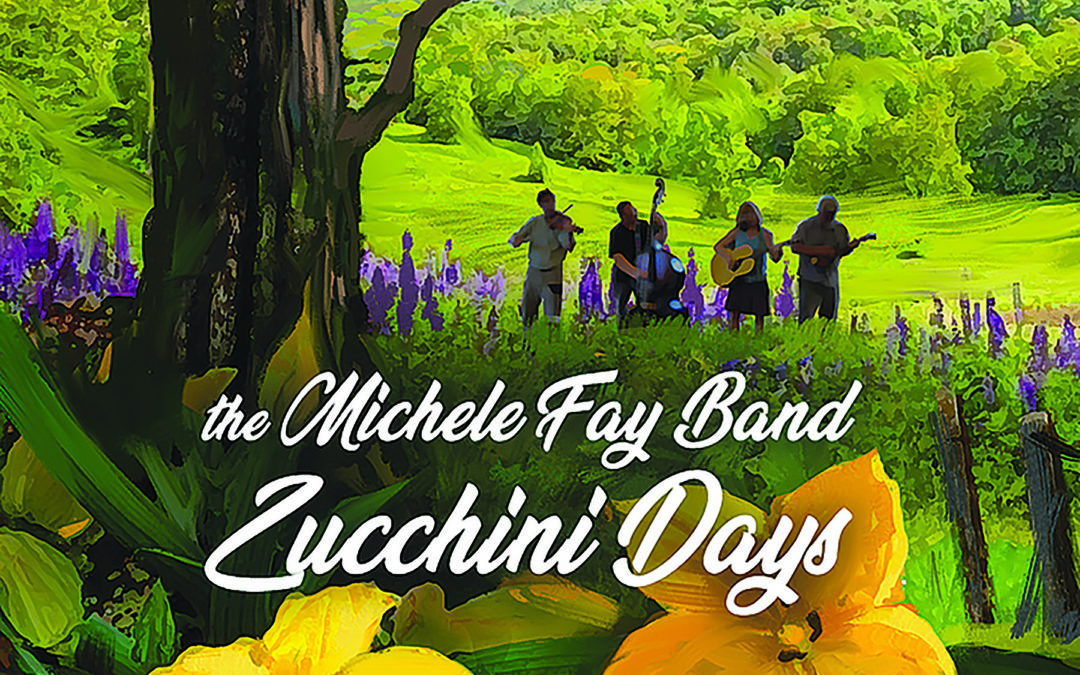 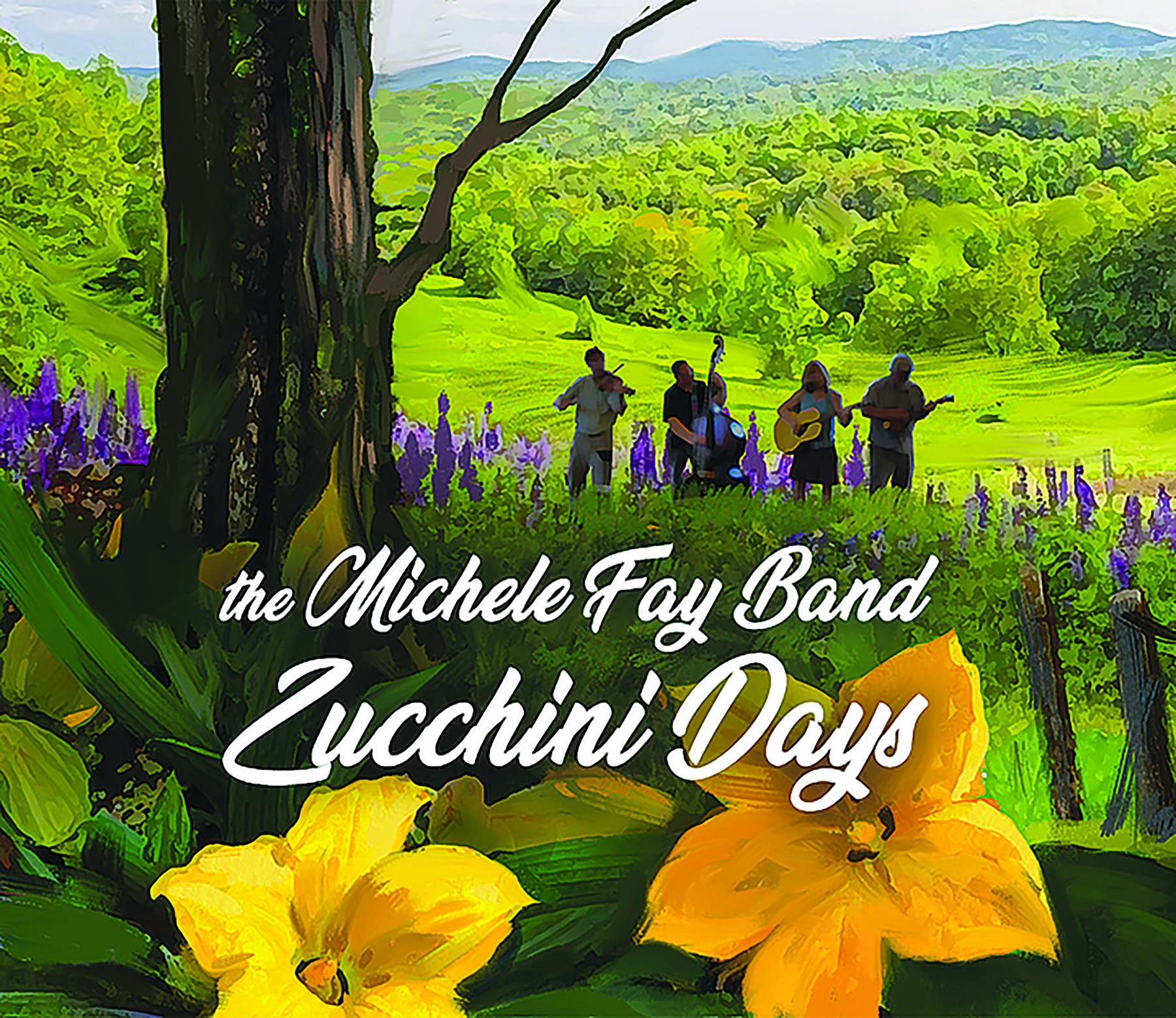 Why zucchini? A majority of the songs were composed during the late summer months, including the title track, which is actually a cheerful instrumental on the five string banjo.

Except for one traditional tune, the songs on this album are penned by singer-songwriter Michele Fay, of Addison County. With a slight country ring, these songs include topics such as: childhood homes, railroads, love lost, life gained.  All tunes are sung with Fay’s authentic, crystal clear voice. Joining her in this latest creation are several stringed instrumentalists who provide a homey feel to the recording: Mike Santosusso on upright bass and tight harmony vocals, Fay’s husband, Tim Price, on mandolin and guitar, and both Kalev Freeman and Freeman Corey on fiddle.

Renowned Vermont musician and record producer, Colin McCaffrey, has refined this album with some additions of his own, including dobro and electric guitar. And finally, the mastering took place in the studio of Lane Gibson of Charlotte.

Catch the Michele Fay Band live (and pick up a copy of their new album) at the Brandon Town Hall on Saturday, Nov. 20, at 7 p.m., and at Brandon Music on Saturday, Dec. 4, at 7 p.m. Both events will require indoor masking. For more information visit michelefayband.com.