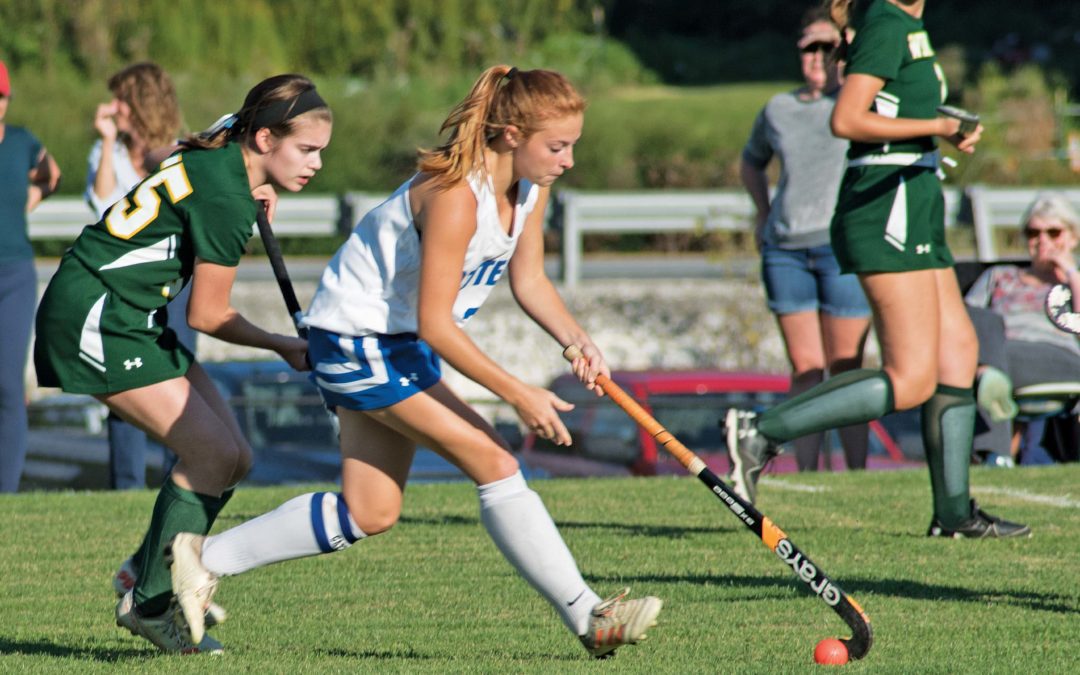 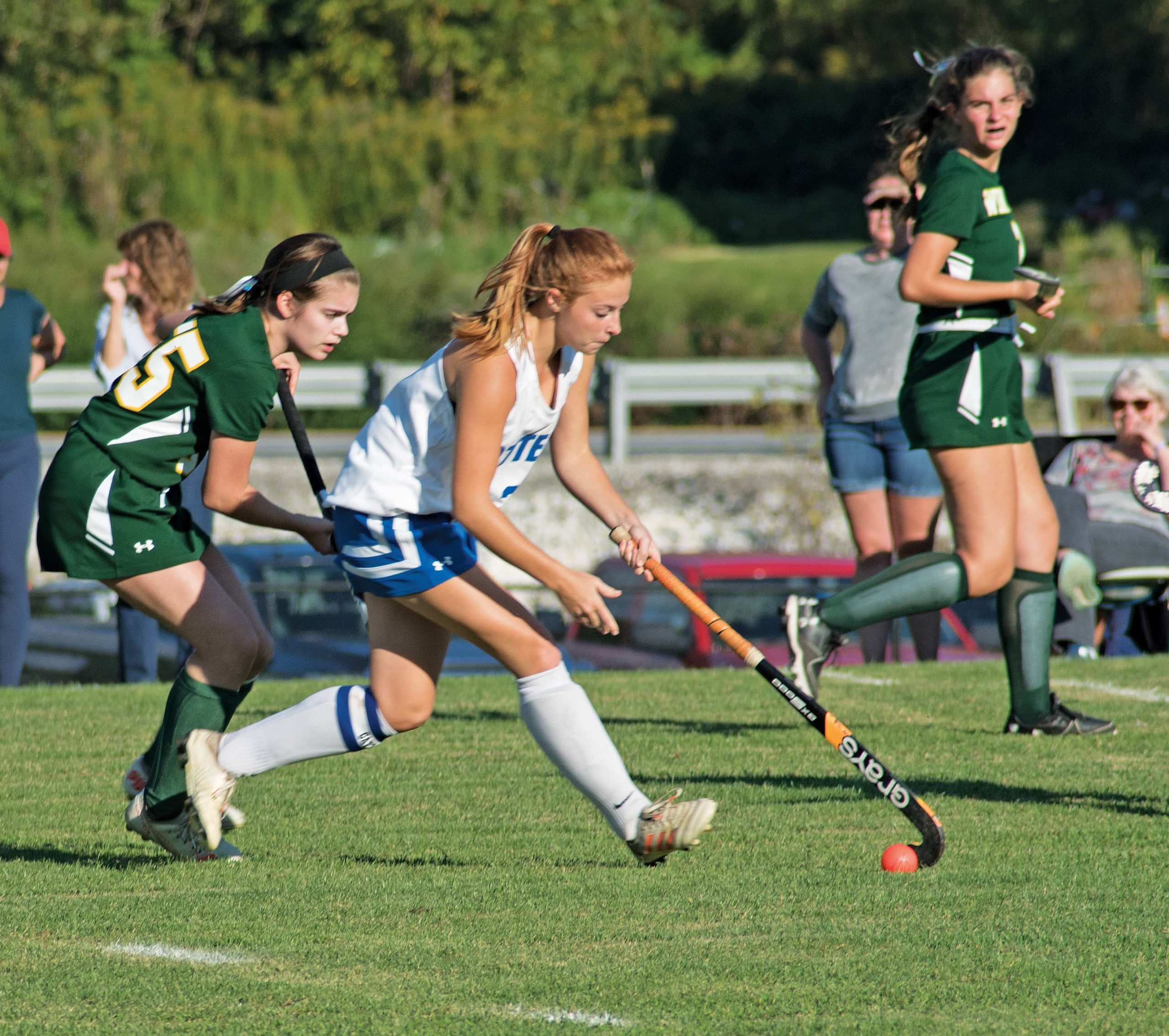 BRANDON — The Otter Valley Union High School field hockey team picked up two wins and a tie in recent action, including a hard-fought contest against Windsor on Monday that ended 2-2 after a 10-minute overtime dual featuring seven-on-seven.

The Otters improved to 3-0-1 heading into a Saturday game at Brattleboro, whom they defeated 6-1 earlier in the season.

On Sept. 9 the Otters knocked off visiting Division I rival Rutland, 2-1. LaPorte, assisted by Riley Keith late in the first quarter, and Riley Keith, on a penalty stroke early in the second quarter, scored for the Otters, who carried most of the play.

On Monday, the D-II Otters settled for a 2-2 tie with visiting Windsor, the defending D-III champion.

OV took a 1-0 lead in the first period when Jackson found the cage, with the assist going to Alice Keith.

OV controlled much of the first half, but the lead remained the same until the third period, when McKay scored on LaPorte’s assist to make it 2-0 at 4:51.

But Windsor (whose record is 1-2-1 vs. a tough schedule) pushed hard for the tie with two fourth-quarter goals, one from Meagan Holling and the equalizer at 4:41 from Alexina Peckinpaugh.

Both teams had great chances in 7v7 overtime. Morgan made a big save on the Jacks’ Peyton Richardson, and LaPorte, Alice Keith, Riley Keith and McKay threatened for OV.

Of Mondaty’s game, Coach Jodie Keith noted Windsor is a well-coached team with whom they have a “friendly rivalry” but “we knew it wasn’t going to be an easy game for us.”

Keith said she was “pleasantly surprised” when they were up 2-0 midway through the third period, but said the absence of two players on the team allowed for only three substitutes throughout the game which added to the Otters’ fatigue in the final period.

“We definitely ran out of energy,” Keith said, noting that further physical conditioning would be a priority in practice for the rest of the season. Numbers on the squad were low this year, she said, as they have only 16 players for the 11 positions.

Senior middies Alice Keith and Brittney Jackson and junior Sydney Gallo played well in midfield, Keith noted, while crediting forwards Riley Keith, a senior, and Ryleigh LaPorte, a junior, for a great game on attack and getting a lot of corner shots.

“There were a lot of teaching moments,” in the game, Coach Keith said, but added that the girls are improving on their stick and passing skills and that “overall, I thought they played really well.”