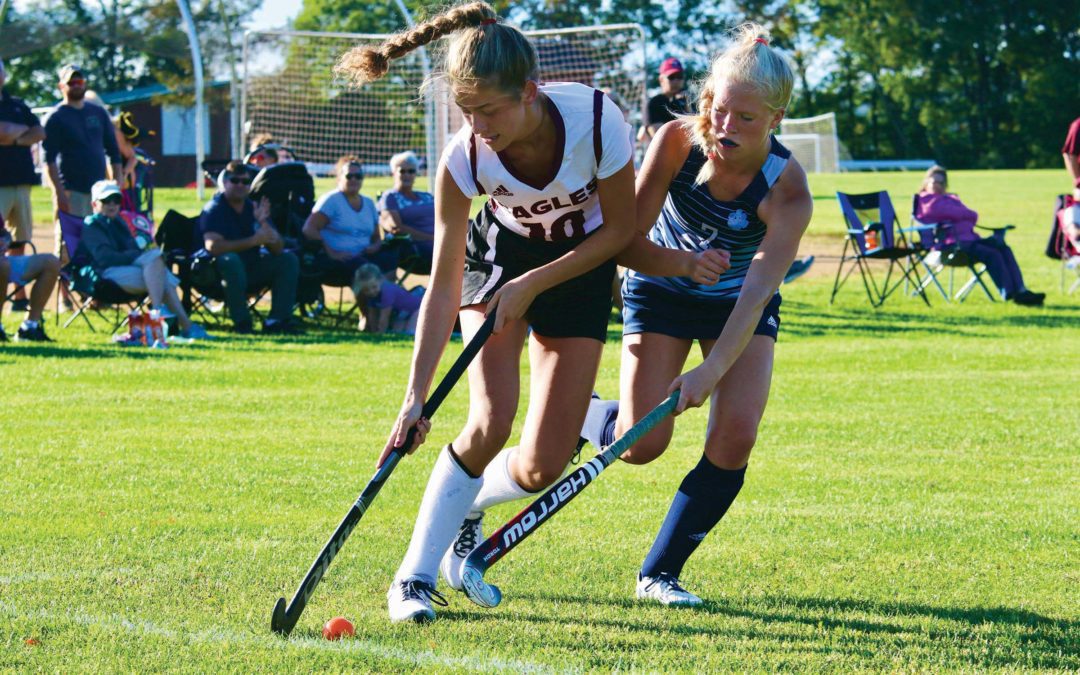 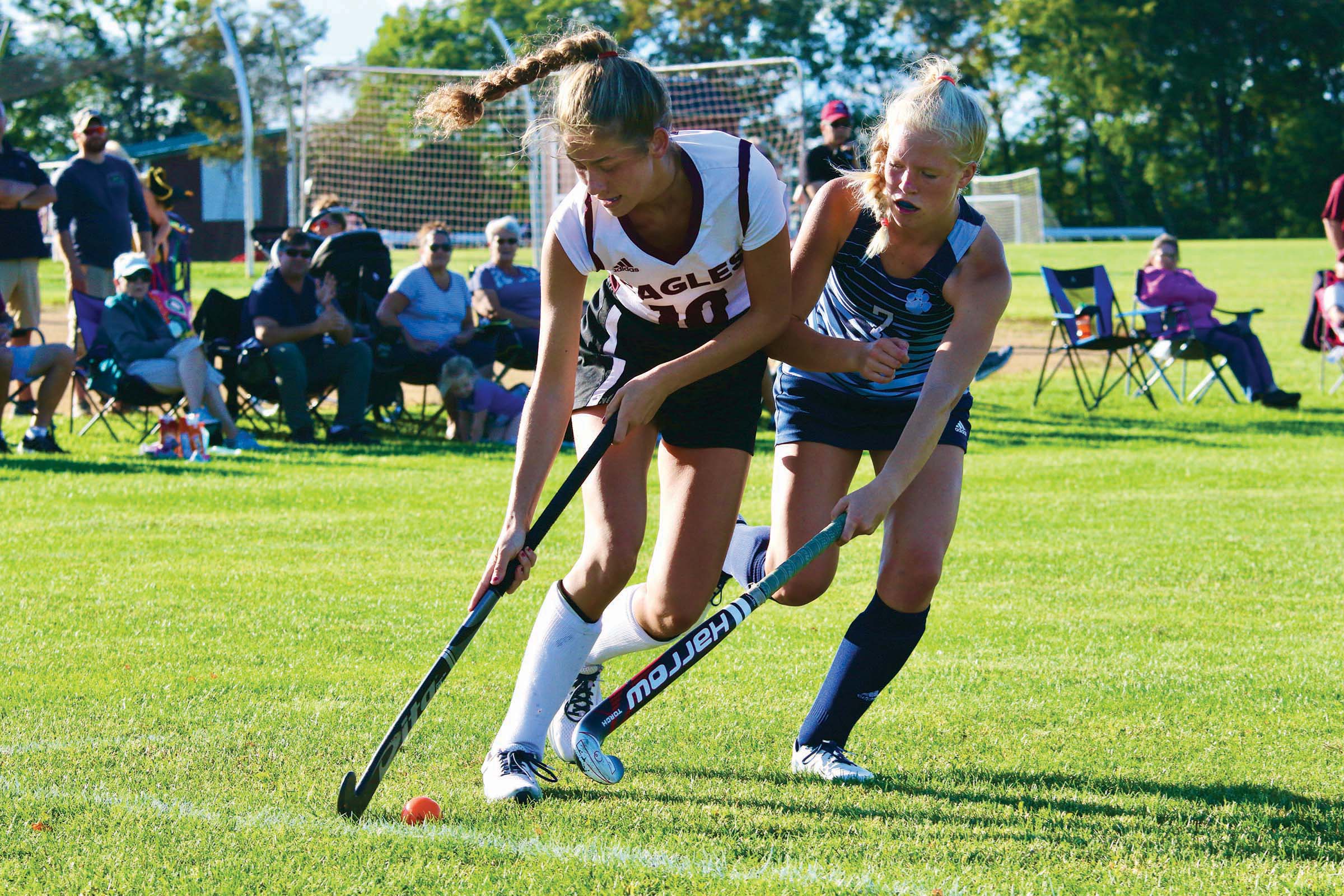 BRISTOL — Monday saw another game and another shutout win for the Mount Abraham Union High School field hockey team, which improved to 3-0.

This time the opponent for the three-time defending champion Eagles was visiting Metro Conference foe Mount Mansfield. They were not gracious hosts, piling up advantages of 22-0 in penalty corners and 16-1 in shots on goal.

Mount Abe has outscored its three opponents by 12-0, heading into Friday afternoon’s home game vs. Middlebury.

To start with, every player on the team was a member of the 2020 Division II champion, and many are multiple-year starters, including four-year players like Txuxa Konczal, a wing, and Molly Laurent, who has moved from forward to central midfield this season. They are tri-captains along with flank middie Carly Rougier.

“We’ve been playing together for so long,” Konczal said on Monday. “We’ve been building over the last four years.”

Konczal attributed the strong start in part to “coming into the new season and being able to build on that team dynamic and add to it. We have no new players. We lost some key players, but I think we’re filling those roles really well. Everybody’s stepping up, and that’s working for us.”

Longtime Coach Mary Stetson, whose program is seeking its 11th D-II title since 2000, said the Eagles have also learned to focus on getting better every day in practice and then on the task at hand on game days, rather than looking ahead.

“They’re giving me everything they have and then some, just giving their best every time out. And I think that was our best today,” Stetson said. “We’re only looking to play our best hockey together.”

“We were state champions last year. It doesn’t mean we’re state champions this year. We have to go out and go as hard as we can. We’re not going to start out where we ended up last year. So we need to build and work to get there,” she said. “And hopefully it will end up where it has the last three years.”

Certainly, that mindset worked vs. Mount Mansfield on Monday, even with the absence of multi-year senior midfield starter Abby Reen, due to a scheduling conflict, which left the team with just one sub, forward Vivian Siegfried.

The backline of senior Natalie Chase and juniors Payton Vincent and Natalie Adams rarely let the Cougars near senior goalie Maddie Donaldson. Donaldson touched the ball twice, once to kick out a serve into the circle in the first half and once to make a routine stop on Cougar Fiona Stotz in the third quarter.

“Oh my gosh, they’re amazing,” Konczal said of the defense. “They work together really well.”

The midfield of junior Madi Gile and Laurent in the middle and Rougier and sophomore Morgan Bernard on the flanks controlled play offensively and defensively.

Up front, Konczal, junior Olivia Campbell and Sarah Heath all threatened, and all scored.

Campbell got the party started at 9:11 of the first quarter. On the second of 10 Eagle penalty corners in the period, Campbell poked home a Heath feed through a crowd.

The Eagles nearly had another in the period, when the officials ruled a Konczal shot had been illegally trapped on the goal line at 0:12 (she told the Eagle bench it had crossed the line). Laurent took a penalty stroke instead that ringed solidly off the left post.

Konczal had two more good chances in the scoreless second period, one blocked by a defensive save.

The Eagles increased the pressure in the third quarter and scored twice, both on corners. Five minutes in, Gile worked her way in from near the top of the circle to just inside the stroke line and fired, and Konczal tipped it home. At 3:30 Gile set up Heath’s 10-foot wrister that MMU goalie Kelsey Millard got a piece of, but couldn’t stop from trickling over the line.

Millard ended up with nine saves, her defenders made four stops, and the post made one.

And the Eagles are making their mark with hard work.