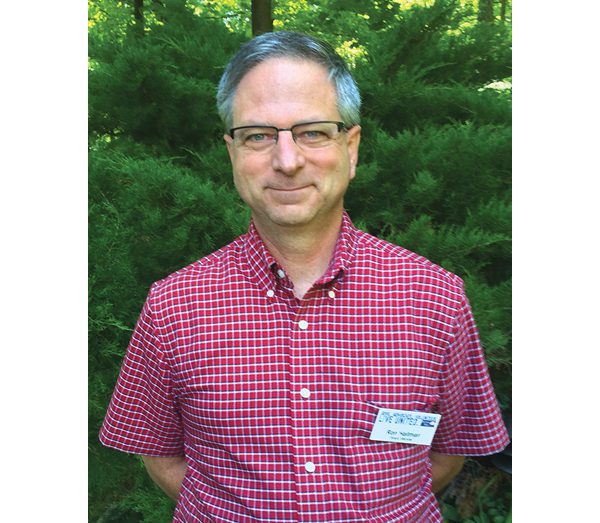 MIDDLEBURY — After 32 years of service as the chief spokesperson and communications leader for Porter Medical Center, Ron Hallman stepped down from his role as Vice President for Communications and Engagement on Sept. 2.

Through his hard work understanding the health care landscape, reaching out to colleagues in the medical and journalism fields, and paying close attention to detail, Hallman became the man in the know when it came to health care in Addison County.

Hallman worked under five Porter presidents and briefly served as Porter’s interim president during a leadership change in 2020. He was responsible for all aspects of internal and external communication for the hospital, nursing home and ambulatory clinics, and helped guide the organization through many transitions. These included the transitions when two presidents left Porter unexpectedly, as well as Porter’s affiliation with the UVM Health Network.

Through it all he did his best to keep Porter operating on an even keel.

“For more than three decades, Porter Medical Center has been a second home for me and I will deeply miss working with the people and patients who make this community so special,” Hallman reflected. “It has been a great honor to play a role in shepherding this critical resource through the many challenges and successes we have experienced.”

For most of his career, Hallman also was responsible for the fundraising program at Porter and led two successful capital campaigns, 30 annual campaigns and several special project campaigns that together raised more than $15 million to advance Porter’s community-focused mission.

Hallman said that after more than three decades in the same place he was looking for a change of scenery.

Hallman made the decision to step aside from Porter several weeks ago, and had no definite plans at the time. But since making his intensions known, he has been hired to continue his role in service, in this case through a job at Elderly Service Inc.

“I will be helping out in any way I can,” he said of his role at ESI, which will begin later this month

In his years at Porter, Hallman was also instrumental in overseeing facility renovation projects. He managed the Certificate of Need application and served as project leader for the $16 million renovation of the new Porter birthing center and surgical care center in 2005, as well as the more recent renovation of the Helen Porter Rehabilitation & Nursing facility, and renovation and relocation of the Porter pediatric practice to the hospital campus in 2020. He served as a past chair of Porter’s facility master planning committee that developed plans for a new medical office building and other renovations.

“Ron has deep roots in Addison County, and he has been instrumental in helping Porter create meaningful and lasting connections with our patients and the community,” said Steve Terry, who formerly served as a board member and chair of both the Porter Hospital and Porter Medical Center boards. “I appreciate the way he worked in partnership with those of us on the board — informed, resourceful and able to understand what we needed to do the best for Porter.”

“Ron has contributed in many ways during his three decades at Porter,” said Tom Thompson, President and COO of Porter Medical Center. “His dedication, community insight and relationships have helped Porter be a cherished resource for our community and region.”