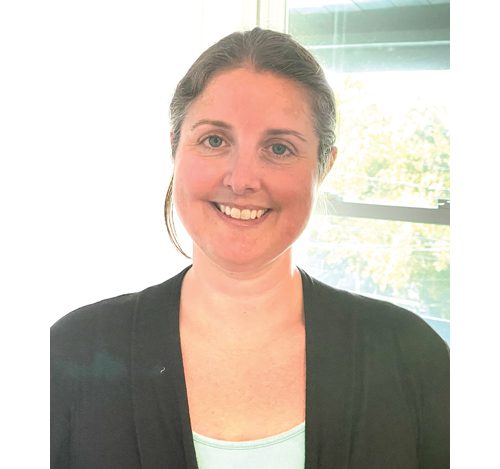 And that’s just a start.

The nonprofit ACCT is preparing to make $10 million in improvements over the next nine years to aging infrastructure within several of the nine mobile home parks the organization owns and operates in Addison County.

These nine parks together host 340 home sites that make homeownership a reality for many low- and middle-income families who can’t afford market-rate mortgages or apartment rents.

Sitting on 38 acres off Route 116, Lindale is one of ACCT’s largest mobile home parks, and its wastewater infrastructure is rapidly deteriorating, noted Elise Shanbacker, the organization’s executive director.

“Lindale Mobile Home Park is a critical source of affordable workforce housing just a few miles from downtown Middlebury,” she said. “This investment will replace the ailing, 50-year-old septic systems and ensure that the 67 families residing at Lindale will have clean water and an affordable, sustainable place to call home for generations to come.”

Specifically, the investment will create a community septic system with a leach field on 25 acres of recently purchased land.

Critical to the financing plan was $1,079,000 in funding from the United States Department of Agriculture-Rural Development. The package includes a $203,000 loan and $876,000 grant through RD’s Water and Waste Disposal Loan & Grant program.

Other contributions to the project include $111,072 from ACCT, a $450,000 Vermont Community Development Block Grant and $500,000 from the Vermont Housing & Conservation Board.

Just as the Lindale property needed major infrastructure repairs, so too do several of ACCT’s other mobile home parks. The estimated $10 million in repairs by 2030 are expected to include:

•  A flood management project at Lazy Brook Mobile Home Park in Starksboro, a project for which U.S. Sen. Patrick Leahy is trying to get funding through the Federal Emergency Management Agency.

•  A new pumphouse for the water system at Vaughn’s Mobile Home Park in Monkton.

Plans call for infrastructure improvements at the ACCT’s other five mobile home parks in 2025 and later, as part of a redevelopment plan the nonprofit completed this past January.

Shanbacker stressed the importance for ACCT to secure grants, more so than loans, to finance these infrastructure repairs in a way that can keep mobile home sites affordable. To that end, the Vermont Housing Finance Agency this past spring provided tax-exempt bond financing for ACCT to refinance the permanent debt on all nine parks, saving the organization money and thereby increasing its capacity to take on any necessary loans. The National Bank of Middlebury purchased the bonds issued by the VHFA.

The importance of landing grants prompted ACCT to hire Alix O’Meara, its first-ever housing development coordinator this summer. Her primary task, according to Shanbacker, will be to gather funding resources for ACCT projects.

It often takes a lot of time, money and staff time to complete a grant application, Shanbacker explained.

“There’s unprecedented amounts of money available, or becoming available, from the much-anticipated (federal) infrastructure bill,” she said. “That said, the challenge remains that the (grant) programs tend to be very complex and expensive from the standpoint of staff time to prepare all the applications and to do all the preliminary engineering work. That remains our biggest challenge in accessing these funds.”

Shanbacker and her clients always have their antennae up for new affordable housing opportunities in the county. The organization is currently partnering with other area organizations on 20 new units as part of the Stoney Hill project in Bristol.

She’d also like to see more affordable units in Middlebury, because that’s where the majority of low-income citizens receive their services — including those who are homeless.

“We really want to pursue Middlebury (for affordable housing), because that where we feel the greatest need is,” Shanbacker said.