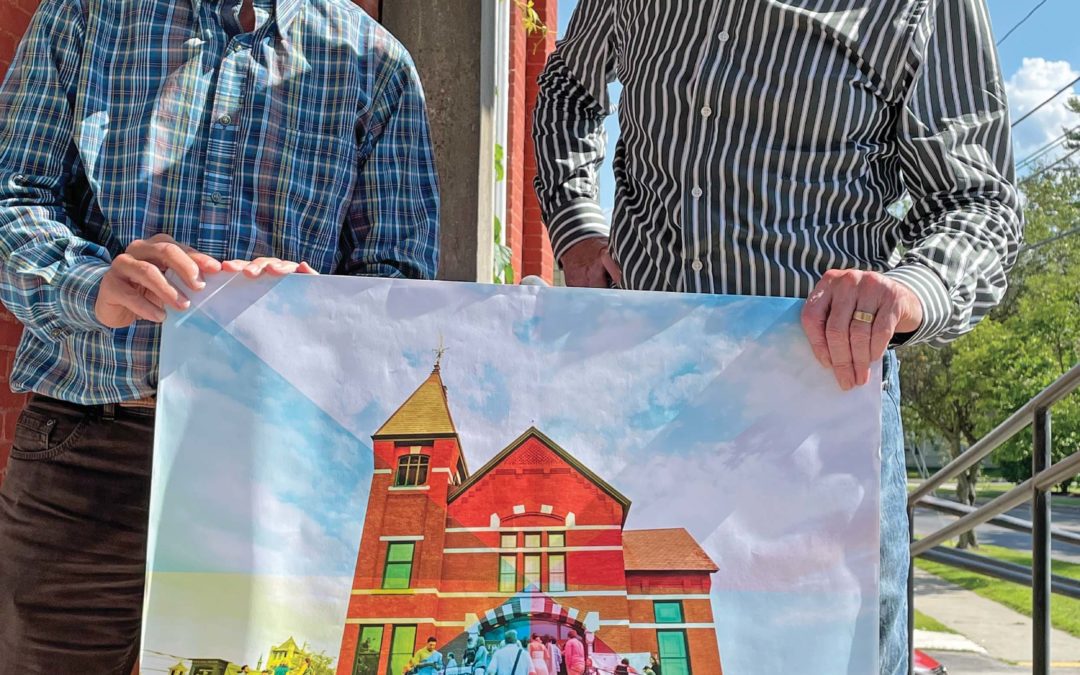 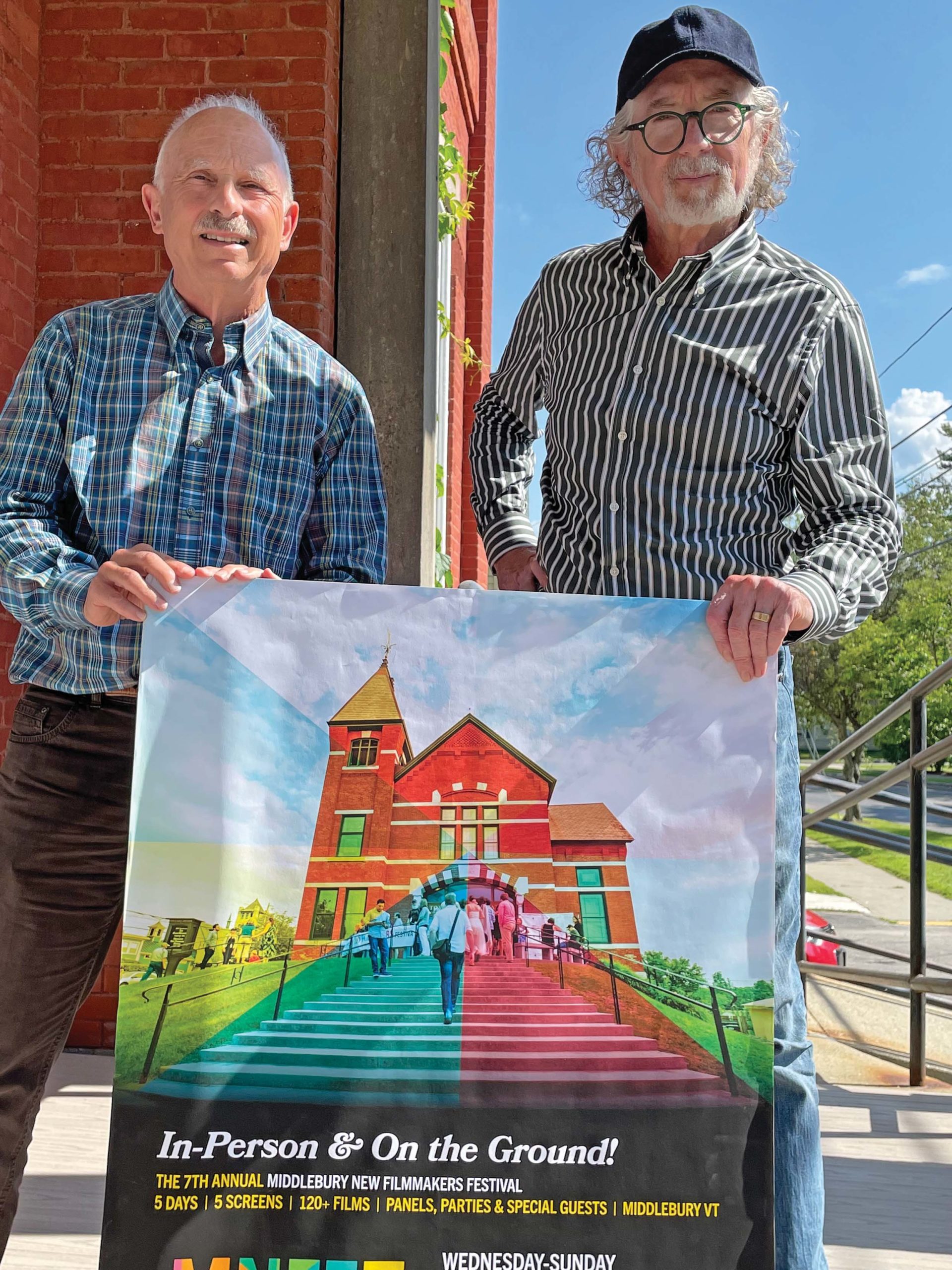 It’s great to have Karen Allen at MNFF7, because she’s had such a diverse and eclectic career. She’s mainstream, and she’s done (independent work).
— Lloyd Komesar

MIDDLEBURY — The co-star of one of cinema’s most iconic adventure films will help the Middlebury New Filmmakers Festival (MNFF) return to an in-person event following a one-year, COVID-related break as a virtual offering.

Karen Allen, who played Marion Ravenwood in 1981’s blockbuster “Indiana Jones and the Raiders of the Lost Ark,” will attend a 40th-anniversary screening of the film on Saturday, Aug. 28, at 7:30 p.m. and receive an MNFF award for “Sustained Excellence in Acting.”

Festival organizers noted MNFF has in recent years screened “A Year by the Sea” and “Colewell,” two films that prominently featured Allen. Festival Producer Lloyd Komesar and Artistic Director Jay Craven decided it was time to recognize Allen for her tremendous body of work, which includes roles in films ranging from “National Lampoon’s Animal House” to “The Glass Menagerie.”

Craven reached out to the actress (who lives in the Berkshires) earlier this year, and she agreed to attend MNFF7 on Saturday, Aug. 28, and Sunday, Aug. 29. In addition to her appearance for the “Raiders” screening, she’ll be around for a showing of “Starman,” a science fiction film directed by John Carpenter in which she co-starred with Jeff Bridges.

“It’s great to have her, because she’s had such a diverse and eclectic career,” Komesar said. “She’s mainstream, and she’s done (independent work).”

Allen is just one of several draws for MNFF7, which will take center stage in downtown Middlebury from Wednesday, Aug. 25, to Sunday, Aug. 29. This year’s edition will include 120 feature films, documentaries and shorts, submitted by first-and second-time filmmakers from throughout the world. All entries will vie for MNFF “VTeddy” Awards.

“We’re pleased,” Craven said. “We have a good lineup of honorees. I don’t think there’s another film festival in New England that’s playing as many films as we have.”

If you want to attend indoor MNFF7 events, you’d better have had your COVID shot, and be able to prove it.

“In consideration of fluctuating conditions involving the Delta variant and in deference to our partner venues, the community and local businesses, we will require that attendees at indoor festival events be vaccinated,” Craven said.

Anyone who buys a festival pass, day pass or opening night tickets will pick them up at THT. And when they do, THT staff will affix a sticker to their pass/ticket confirming vaccination proof.

Face masks won’t be required inside the theaters, but they’ll be available to anyone who wants one.

Craven and Komesar said they feel a responsibility to safeguard the health of everyone involved with the festival. Craven noted performance and film screening venues were the last to see their COVID restrictions lifted.

“Access to these venues is hard-won, hard-earned, with lots of hours of negotiation and anxiety,” he said. “MNFF is one of the early players in offering indoor (film) events. If suddenly there was a blowup here, it would frankly affect most of the state.”

Recognizing the ongoing threat of COVID, all of MNFF’s social events (for pass holders) will be held outdoors, including happy hours and evening parties. Venues will include the IPJ Hospitality Tent at the Sheldon Museum garden, the THT alley, the Middlebury Inn patio, and the American Flatbread pavilion at the Marble Works.

Organizers anticipate there’ll be around 40 filmmakers at the festival, which would be down from past years, due to COVID and the cost of travel. Travel from some parts of the world — including Canada — is currently difficult, and in some cases impossible due to the virus.

Those who pass the vaccination test will be treated to a vast array of entertainment that is detailed at middfilmfest.org. The festival will kick off on Wednesday, Aug. 25, with a 7 p.m. screening of the feature documentary “Storm Lake” at THT. The film tells the story of Pulitzer Prize-winning journalist Art Cullen and his family as they fight to unite and inform their Iowa farming community through their biweekly newspaper, the Storm Lake Times.

On Thursday, Aug. 26, at 4:30 p.m., Cullen will join several prominent Vermont journalists — including Addison Independent news editor John McCright — in a fuller discussion of the role of local newspapers in sustaining the social and cultural fabric of the community. The event is non-ticketed and open to all.

In addition to paying homage to Karen Allen, MNFF will recognize two other luminaries in the film industry: Acclaimed director, editor and producer Sam Pollard; and casting director Heidi Leavitt.

Pollard will receive a VTeddy Award for “Sustained Vision, Courage and Excellence in Filmmaking.” His filmmaking career spans nearly 50 years, with more than 130 film credits in directing, editing and producing. He’s made an “indelible mark in the world of historical documentaries,” according to Komesar, and his work has garnered an Academy Award nomination, multiple Emmy Award wins, and dozens of film festivals accolades. MNFF7 will screen his latest film, “MLK/FBI,” described as a “penetrating overview of the FBI’s relentless efforts to smear and harass the Rev. Dr. Martin Luther King Jr.” Read a story on Pollard on Page 9 of the Arts + Leisure section of this edition.

Leavitt will receive a VTeddy for “Sustained Excellence and Imagination in Casting.” Her resume includes casting for such films as “The Rock,” “Nixon,” “Natural Born Killers” and “Benny & Joon.” MNFF will host coffee with Leavitt at 8:30 a.m. on Saturday, Aug. 28, on the Middlebury Inn patio. Craven will interview her.

“The active ingredient in filmmaking is casting,” Craven said.

If you miss a film during MNFF7, you might have a chance to catch it on your computer or viewing device. More than a dozen features will be offered online soon after the in-person Fest closes, with separate passes and tickets available later this summer.