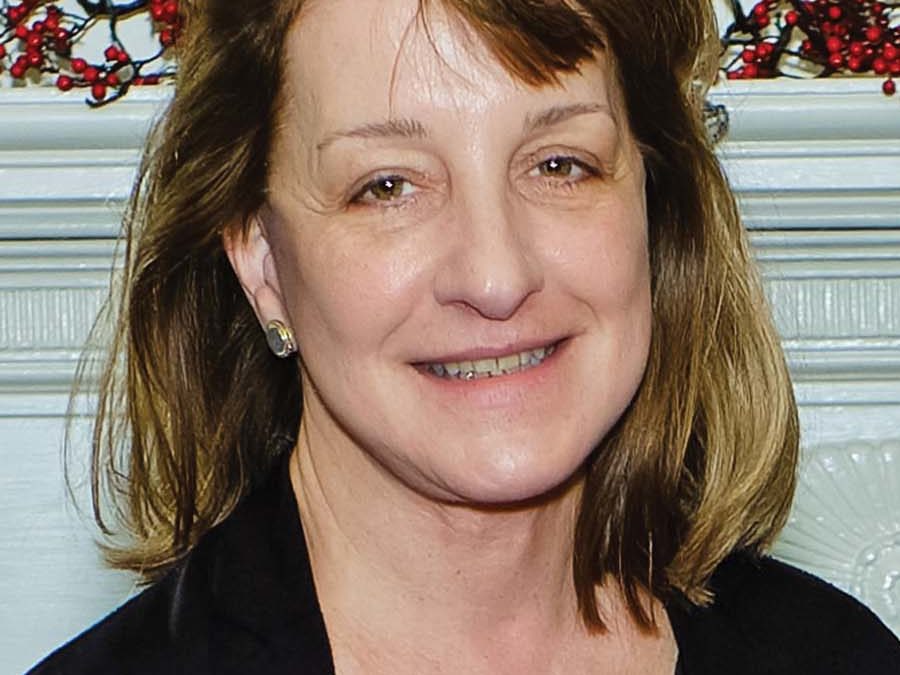 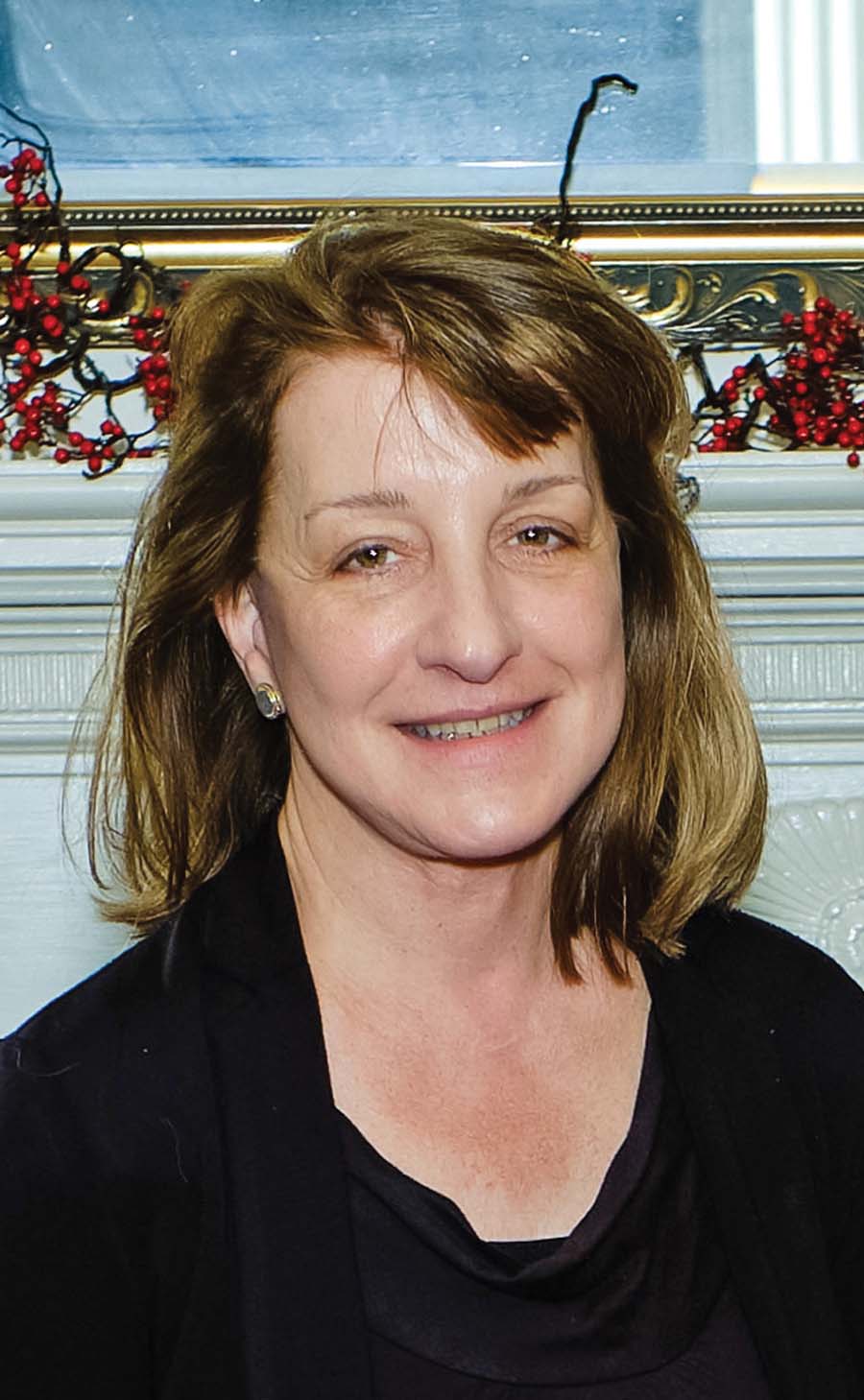 JEANNE MONTROSS, EXECUTIVE director of Helping Overcome Poverty’s Effects, believes local, state and federal officials need to take a multi-faceted approach to solving the affordable housing problem. A new national report indicates it’s virtually impossible for low- to moderate-income households to find an apartment rent that will absorb 30% or less of their income.
By John Flowers

Raising wages and increasing the supply of affordable homes are critical steps to an equitable and economically viable future for Addison County.
— Elise Shanbacker

MIDDLEBURY — Addison County remains one of the most expensive areas for rental housing in a state that a recent national report has ranked as having the 16th most expensive housing wage in the nation.

It’s one of those lists where a high ranking isn’t good news. But it’s the cold, hard facts revealed in a national report titled “Out of Reach,” released early this month by the National Low Income Housing Coalition and the Vermont Affordable Housing Coalition. The national coalition is a research and advocacy organization dedicated to the goal of achieving good, affordable homes for the lowest-income people, according to its literature.

The average Vermont renter can afford $719 per month without stretching their budget beyond 30% of their income toward housing costs, but the average statewide two-bedroom rental home has a fair market rent of $1,231 and $979 for a one-bedroom, according to “Out of Reach.” Vermont’s one-bedroom Housing Wage is $18.82 per hour.

Here in Addison County, a renter must earn an hourly wage of $20.35 to afford a two-bedroom apartment at the market monthly rate of $1,058, the Out of Reach report states. Only Chittenden and Washington counties feature more acute salary-rent challenges than in Addison County, according to the report.

“It is absolutely unacceptable to me that someone should have to work two jobs or pay over half their income to afford a decent place to live,” U.S. Sen. Bernie Sanders, I-Vt., said of Out of Reach report’s findings through a written statement. “We need more housing that everyday working Vermonters can afford. There is no question in my mind that housing is a basic human right.”

Sanders, chairman of the Senate Budget Committee, said he’s working to “invest major new resources into building and renovating more permanently affordable homes so all our people can have safe, stable housing for their families.”

“The town of Middlebury is open to listening, in terms of what we need for zoning for creating more affordable housing,” she said. “I’ve been really encouraged to see our bricks-and-mortar partner at Addison County Community Trust (ACCT) partnering closely with our health and human services folks, such as the Counseling Service of Addison County and John Graham Housing & Services. They’re all working together to figure out how to deploy American Recue Plan Act funds here in Addison County.”

Van Voorst warned that creating affordable housing takes time — 18 months, in a best-case scenario. In the meantime, there remains a huge demand for affordable housing that’s been exacerbated in recent months by the exodus of homeless folks from area motels and hotels. The state has been paying for those homeless individuals and families to stay at hotels and motels during the pandemic. But with pandemic restrictions dissipating, those subsidies are running out for a large percentage of homeless individuals.

Van Voorst last week estimated 29 Middlebury-area hotel/motel rooms were still being used by a combined total of 37 adults and 13 children.

Some of those leaving the motels and hotels are returning to homelessness, while others are couch surfing or temporarily living with family or a friends, Van Voorst said. Others have been qualified for subsidy extension. The Housing Coalition is staying in touch with those who are staying and those who have left, in order to gauge future needs. And the coalition hasn’t abandoned the concept of an encampment, should the need for such an emergency facility arise.

“We have a really supportive community and a network of housing experts and service providers who together can accomplish great things and get more affordable housing for folks here in Addison County,” Van Voorst said.

Elise Shanbacker is executive director of ACCT, the county’s largest affordable housing provider. The nonprofit manages 334 affordable apartments with a median rent of around $850 per month, which translates to a housing wage of about $16.35 — $2.52 above the 2021 average renter’s wage of $13.83.

“While our apartments are critical to the supply of affordable housing, they are not enough,” Shanbacker said. “The ACCT has received 190 applications for apartments to date in 2021, while only 16 units have become vacant over that timespan.  Ten of those vacancies have been leased to families experiencing homelessness, but at least 30 additional families and individuals remain homeless in Addison County.

“Raising wages and increasing the supply of affordable homes are critical steps to an equitable and economically viable future for Addison County,” she added.

Jeanne Montross is top administrator at Helping Overcome Poverty’s Effects (HOPE), a Middlebury-based nonprofit that’s provides a variety of services to those in need, from free food to financial donations to prevent power shut-offs. Montross and her staff are seeing a lot of working families that simply can’t make ends meet in today’s economy. They include young parents working two or three low-wage jobs that don’t carry benefits, according to Montross.

“These parents have a huge economic struggle, plus they have less time to spend with their children, helping them with homework reading to them, talking with them,” she lamented. “They struggle to find enough money for school clothes, birthdays, and other things, and they are usually one paycheck away from losing their housing. If they become injured, or the car breaks down, or they need to stay home with a sick child, they not only lose desperately needed wages, they may even lose their jobs.”

HOPE staffers assist some people on disability who are trying to survive on around $900 per month, according to Montross.

“One month’s rent costs more than that alone, and then there are utility costs, food, and other costs,” she noted. “The only hope is for them to find subsidized housing.”

The competition for limited housing subsidies includes young moms on the Reach Up program, which pays a few hundred dollars a month.

“In the rare case that we are able to help someone obtain a Section 8 housing subsidy, we then find it nearly impossible to find a place to rent that is within the program income limits,” Montross explained. “Couple that with the scarcity of vacant units, and it’s like a needle in a haystack.”

She recounted the story of a young man who had been living in an abandoned bus in this area for a couple of years. He finally was able to get a job. When he did, the wages he earned weren’t enough to pay for an apartment, but exceeded the subsidy eligibility.

“He was really trying, but kept losing,” Montross said.

Then there was the young, disabled woman who was finally able to get a subsidy after two years on the waiting list, Montross recalled. But the search for a place where she could use it took so long that she lost the voucher.

“Right now, the situation is in clearer view than it has been for along time, due to the pandemic and the programs to house people in hotels,” Montross said. “We need to work on all this with a multi-faceted approach. Raise wages. Build more housing units. And provide more subsidies. No part of this on its own will be sufficient in reducing the stress of a situation that has gone on for far too long.”

You can find the full “Out of Reach” report online at reports.nlihc.org/oor.