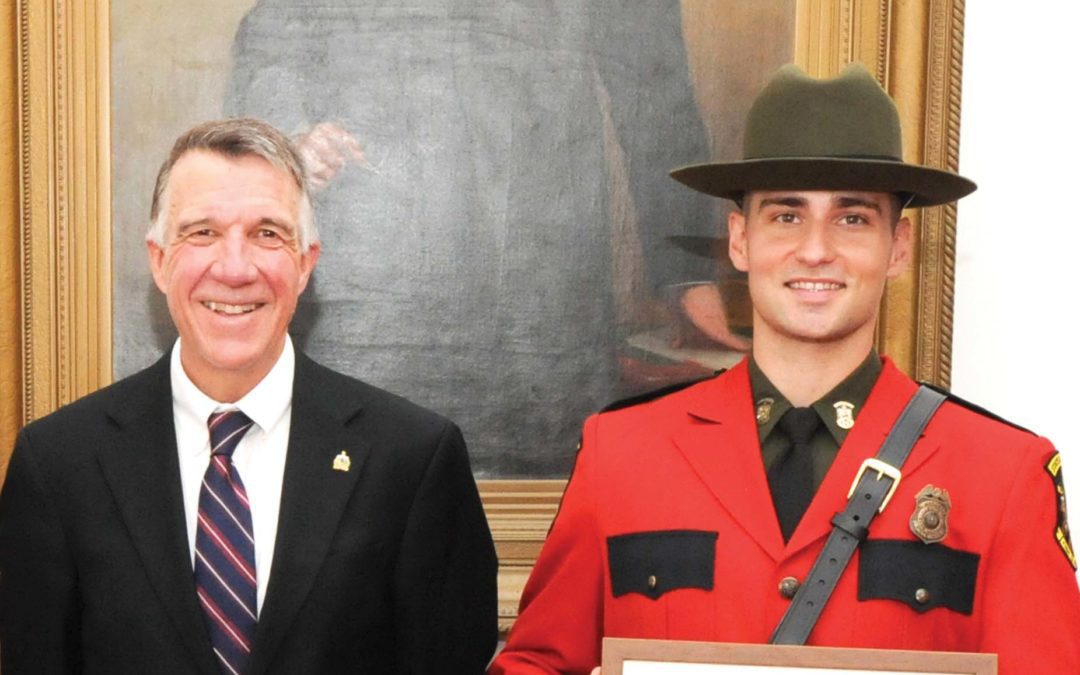 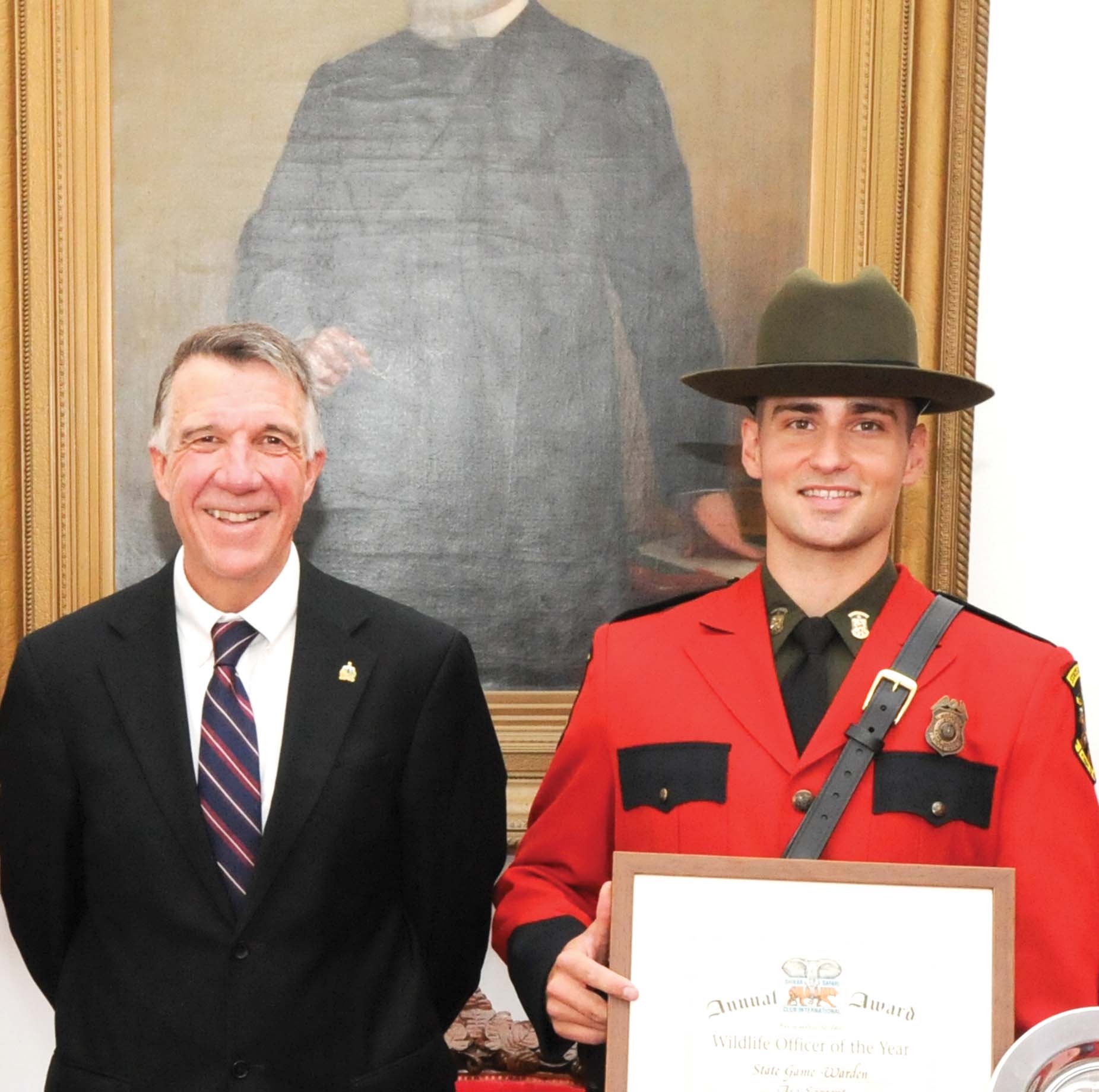 STATE GAME WARDEN Asa Sargent received one of two Vermont Warden of the Year Awards on July 22 from Gov. Phil Scott in Montpelier. Sargent is a Ripton native.

A game warden since 2016, Sargent received the award for his high motivation and effort, positive attitude, public outreach achievements, and outstanding casework resulting in a 100% conviction rate as of 2019. He is a certified Wilderness First Responder assisting in remote search and rescue operations.

Gov. Scott thanked Sargent and his fellow Warden, Travis Buttle of Shaftsbury, for their outstanding efforts to protect Vermont’s fish and wildlife resources and to serve the people of Vermont. “Wardens Sargent and Buttle were chosen for their integrity, professionalism and commitment, and they have earned respect from other wardens and the public. These awards are very well-deserved,” Sargent said.

Share this story:
This article’s tags:
Asa Sargent, Warden of the Year