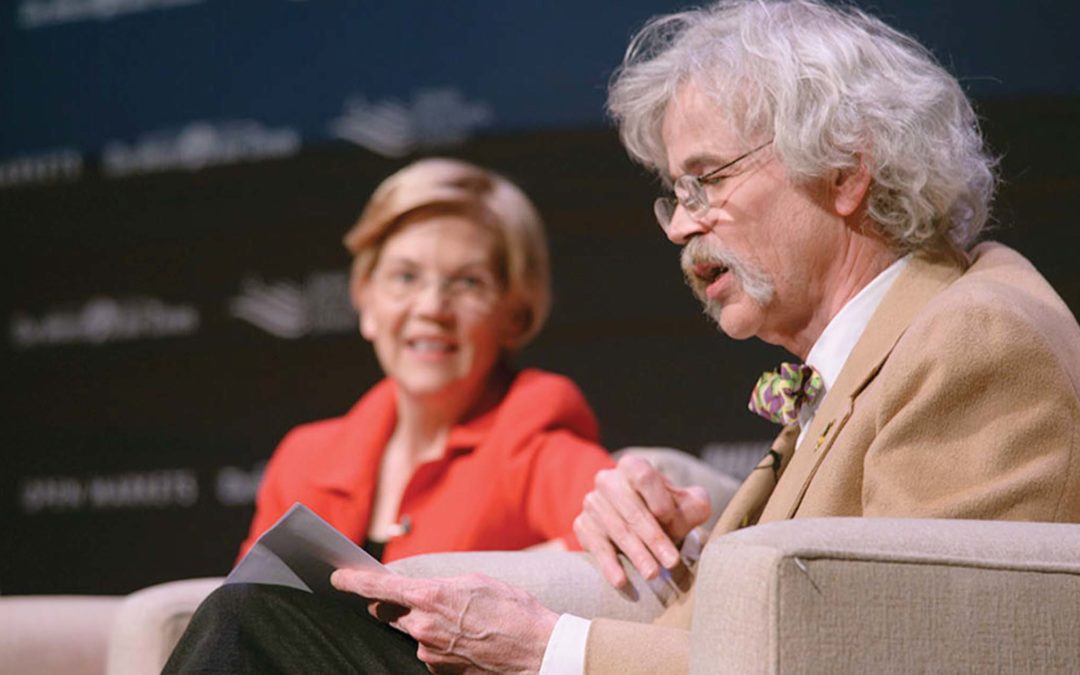 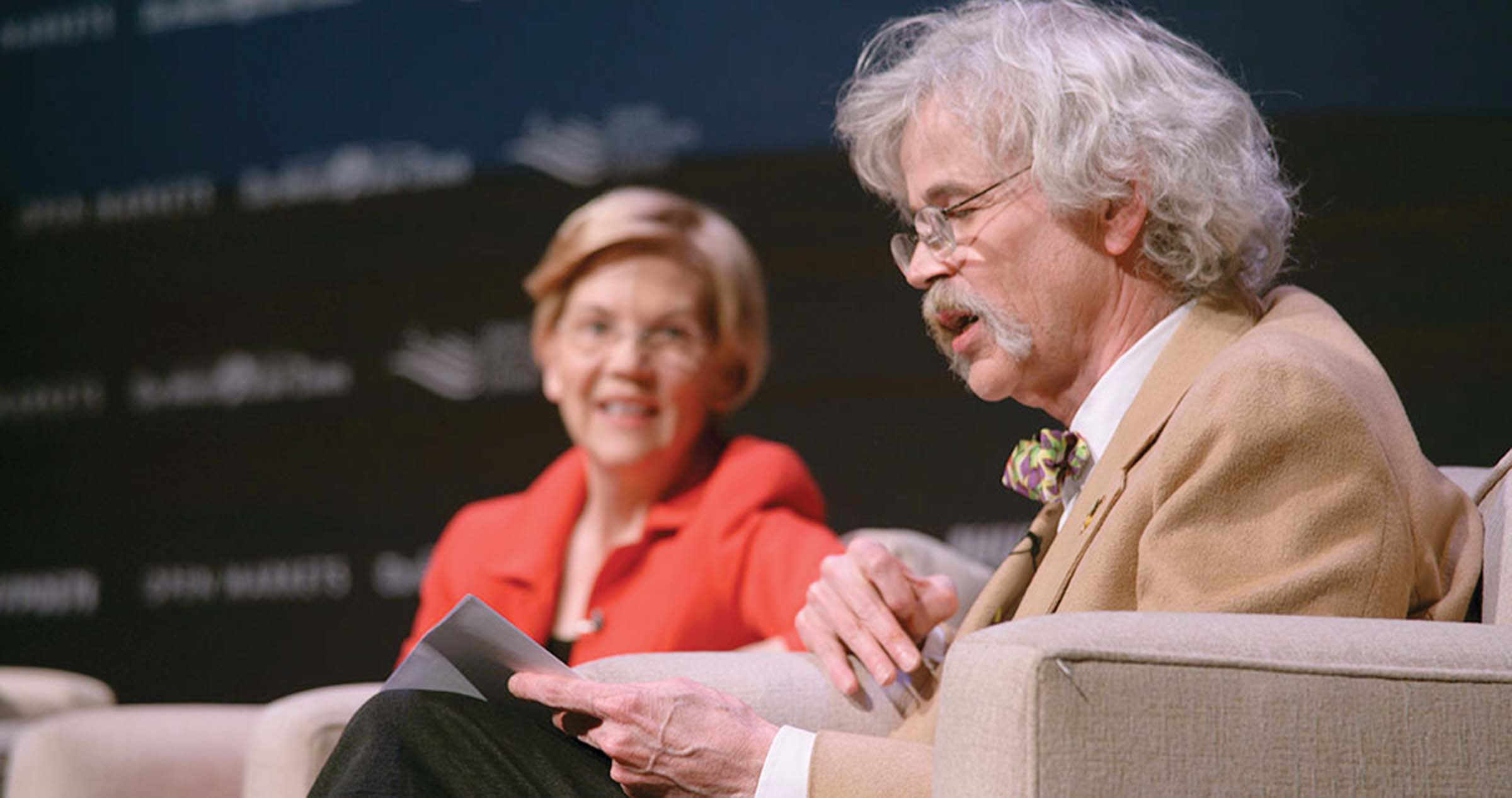 ART CULLEN, EDITOR of the small newspaper the Storm Lake Times, speaks with Elizabeth Warren during a forum at the Heartland International Film Festival in Indianapolis, Ind. The feature documentary “Storm Lake” was based on the work of Cullen and his family.

“Storm Lake” tells the story of Pulitzer Prize–winning journalist Art Cullen and his family as they fight to unite and inform their Iowa farming community through their biweekly newspaper, the Storm Lake Times.

Storm Lake, Iowa, has seen its fair share of change in the 40 years since big agriculture came to town, as farmers spend their life savings on new equipment in hopes of keeping their livelihoods intact, and as migrant workers flock to the town for a slice of the American Dream. The people of Storm Lake confront a changing community as global forces threaten their precarious existence. Enter Art Cullen and his family members, who deliver local news and editorials on a shoestring budget for their 3,000 readers. The paper is a powerful voice for its beloved hometown, and the Cullens make the most of it.

The film was directed by Jerry Risius and Beth Levison. In addition to his 25 years of experience as a director of photography, Brooklyn-based Risius grew up on a hog farm about an hour from Storm Lake, and brings a depth of filmmaking experience along with a local perspective that very few can. Levison, who also produced the film, is an Emmy- and Peabody-winning producer/director based in New York City. She is well known to MNFF audiences, having brought several films to the festival in previous years, including “Personal Statement,” the opening night film in 2018. Risius and Levison will be attending the festival, as will special guest Art Cullen, the film’s central figure.

On Thursday, Aug. 26, at 4:30 p.m., Cullen will join several prominent Vermont journalists in a discussion of the role of local newspapers in sustaining the social and cultural fabric of the community. The panel will take place at Town Hall Theater and participants include John McCright, news editor for the Addison Independent; Mark Johnson of Seven Days; Chea Waters Evans of the Charlotte Bridge; Erica Heilman an independent radio producer; and Maggie Cassidy, deputy managing editor for VTDigger. Freelance investigative writer and former VT Digger reporter, Jasper Craven, will moderate. The event is non-ticketed and open to all.

“It is a dream come true for me to return to the Middlebury New Filmmakers Festival with ‘Storm Lake,’ a film about a family, a community and local journalism,” noted co-director Beth Levison. “While it will be a first for my directing partner, Jerry Risius, and editor Art Cullen of The Storm Lake Times, we’re so looking forward to the connections and conversations with Vermonters that we hope the film inspires.”

MNFF Artistic Director Jay Craven added his thoughts about the planned screening and panel discussion. “For people living in Vermont,” he said, “this film’s central theme could not be more urgent or timely — about the essential role that local newspapers play as the connective tissue that defines who we are, where we are, and what’s going on. Without bold local journalism, we would be cut off from each other — and our moment in time.”

“MNFF is truly proud to showcase this vital, timely and intimate documentary on opening night of the 7th Annual Middlebury New Filmmakers,” said Lloyd Komesar, Festival Producer. “Given the parallels between a community like Storm Lake, Iowa and Middlebury, we know that the film will resonate deeply with our audiences.”