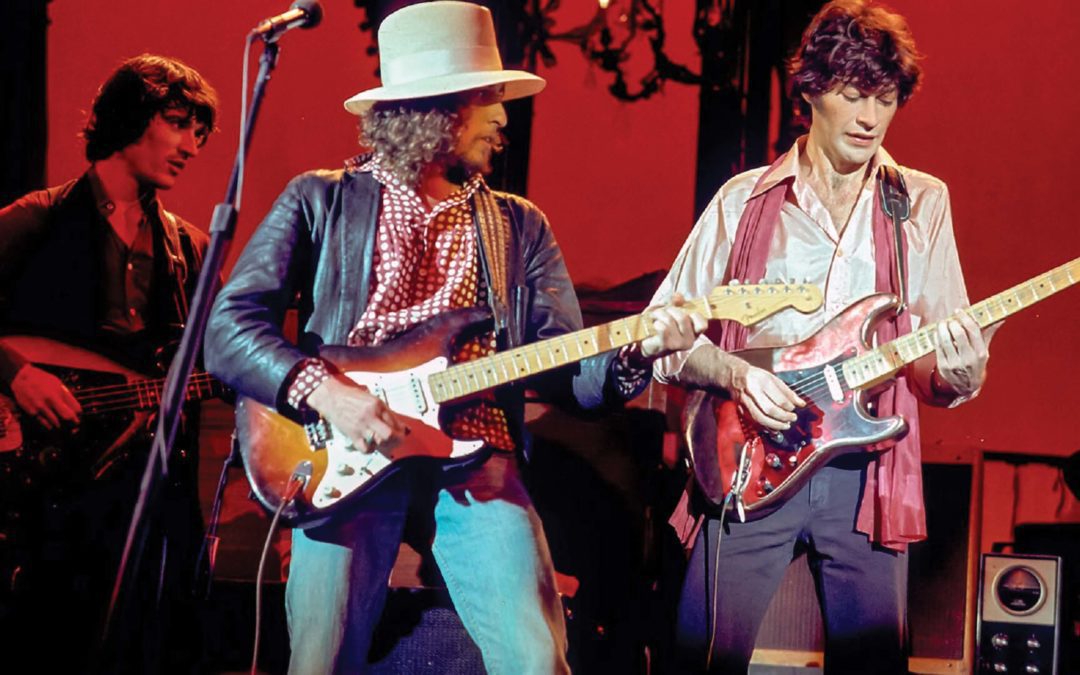 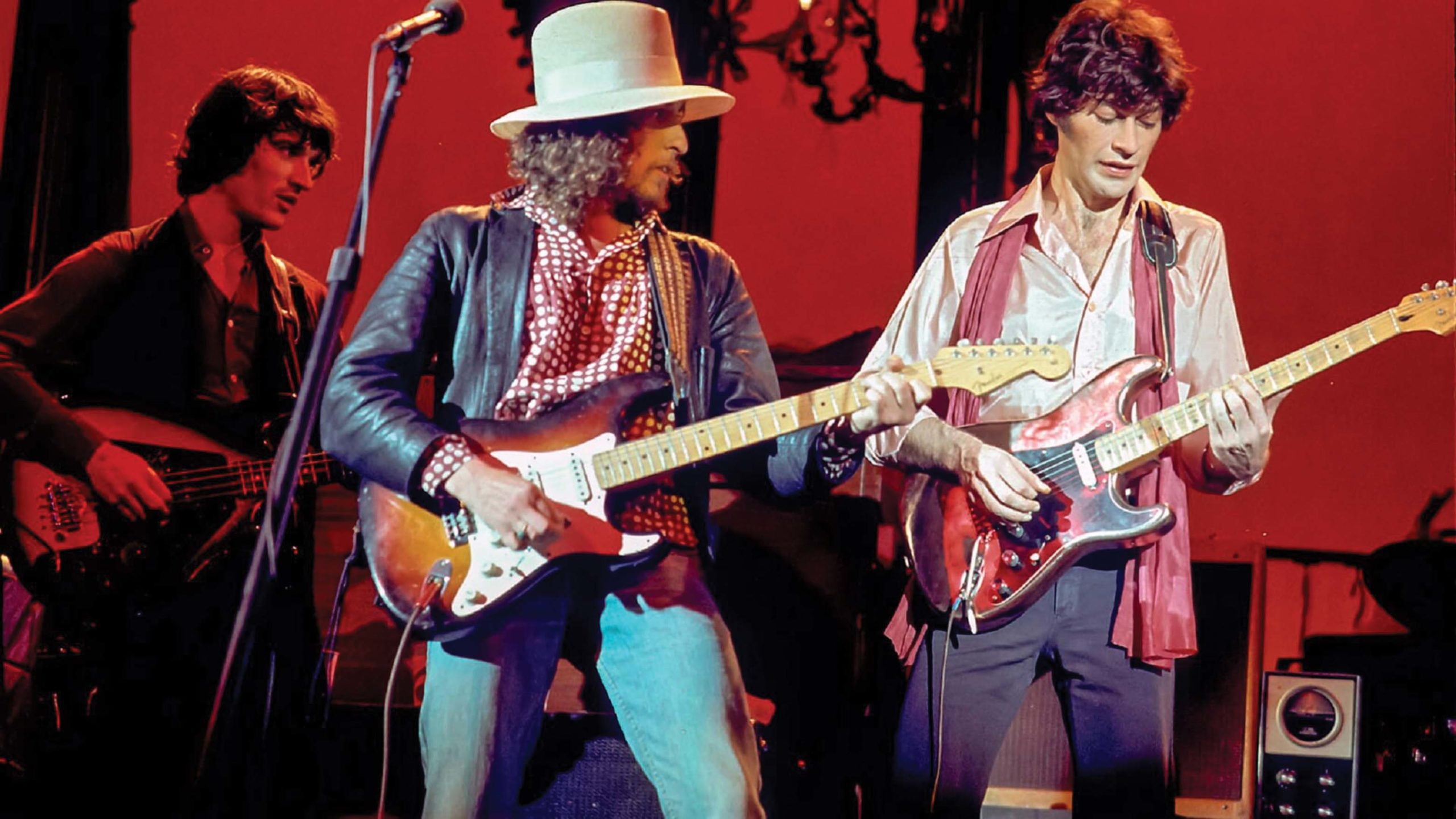 BOB DYLAN AND Robbie Robertson jam on guitars in the Martin Scorsese rockumentary “The Last Waltz,” which screened last Thursday as the third in the Middlebury New Filmmakers Festival Sunset Series at Swift House Inn/Summer of Scorsese.

“The Last Waltz” is what it is: It is a watershed concert movie about The Band’s swan song in 1976, but also a smorgasbord of musical numbers that, not unlike an all-you-can-eat buffet, sometimes leaves you wishing you had less instead of more.

The screening — which was the third installment in the Middlebury New Filmmakers Festival Sunset Series at Swift House Inn/Summer of Scorsese — was also a great success: more successful, in my view, than the actual film that was being screened. I’m 21, so I was less familiar with some of The Band’s greatest hits. But most of the audience was clapping and hooting after each musical number, and toward the documentary’s end, there was even some light singing. Heck, I was even tapping my foot to The Band’s final numbers.

It’s a concert movie, so there isn’t really much story to tell. But some background: The Canadian rock group called The Band — composed of leader Robbie Robertson, Rick Danko, Garth Hudson, Richard Manuel and Levon Helm — had been on tour for 17 years with the singer Ronnie Hawkins. They had also previously worked as back-up for some of rock’s most famous figures, including Bob Dylan, Neil Diamond and Eric Clapton.

Exhausted after so many years working, members of The Band decided their Thanksgiving Day concert would mark their retirement, although they would regroup years later.

Martin Scorsese’s adaptation of that concert — the event was also titled “The Last Waltz” — famously centered on the musicians and their bond without frills. There are no screaming fans or analysis from pundits or music historians. The concert was specifically meant to be filmed, and as you watch the dramatic close-ups of The Band or the way members handle their guitars or how they glance at each other before a sudden key change, you appreciate the sheer grit of the group’s showmanship.

The documentary punctuates its musical numbers with Scorsese’s interviews with group members, fueled by coffee, cigarettes and — according to later accounts of the documentary’s shooting — a lot of illegal substances. If you aren’t a very adamant fan of The Band, these interviews are probably the most interesting part of the movie. Robertson and The Band’s keyboardist, Richard Manuel, sometimes seem like actors in a traditional film; they have a slightly manic presence to them that puts you on the edge, wondering what crazy statement they’ll make next.

Some of the music from the guest stars is fantastic, even if you don’t know much about The Band. Highlights include Muddy Waters playing his rendition of the blues anthem “Mannish Boy,” the boogie-woogie pianist Doctor John slamming his fingers upon the keyboard at lightning speed during “Such a Night,” Bob Dylan appearing in a big white hat near the end.

To quote a better movie than “The Last Waltz”: There were too many notes. The glacial pacing and excess of musical numbers bog down the movie, and I could not believe the screening was only two hours.

Part of the joys of reviewing the MNFF’s Summer of Scorsese series is watching movies like “Raging Bull” and “Alice Doesn’t Live Here Anymore” and seeing how these movies have aged, if at all. But “aging well” is in some ways a vague term, and the heart of the question is whether 20 years down the road a moviegoer might pay $30 for a ticket, popcorn and M&Ms to watch the film.

I am not as sure about “The Last Waltz.” If the film’s a classic, it’s a classic in the vein of Hawthorne’s classic book “The Scarlet Letter”: Well-made, perfectly respectable, unprecedented, important, reliable, sometimes brilliant, antediluvian, dull.