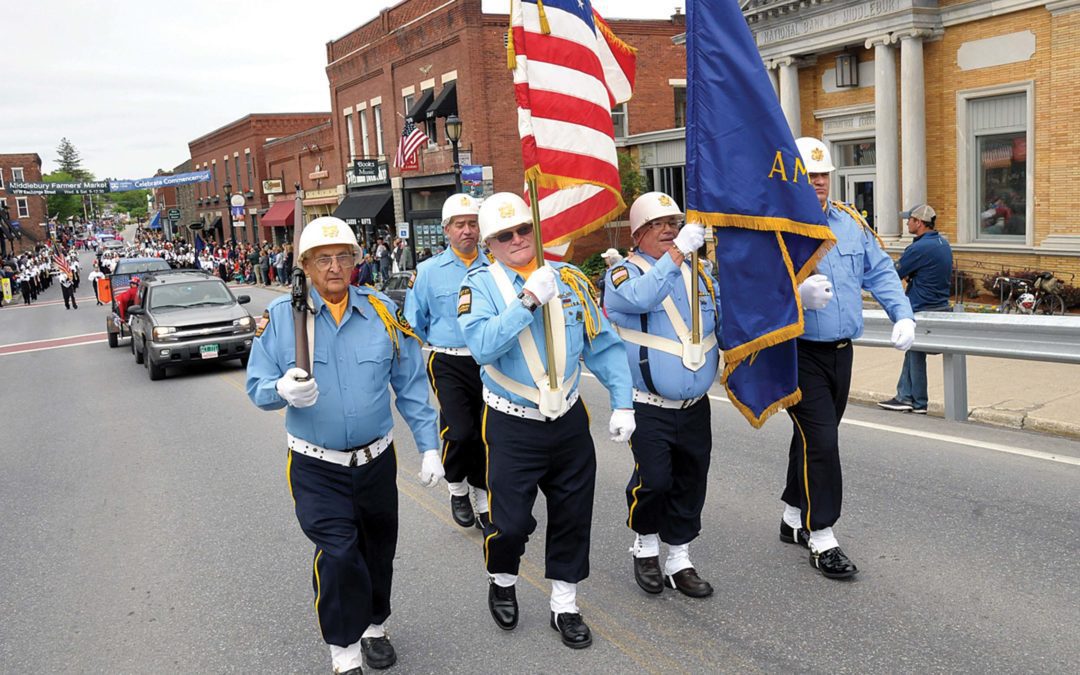 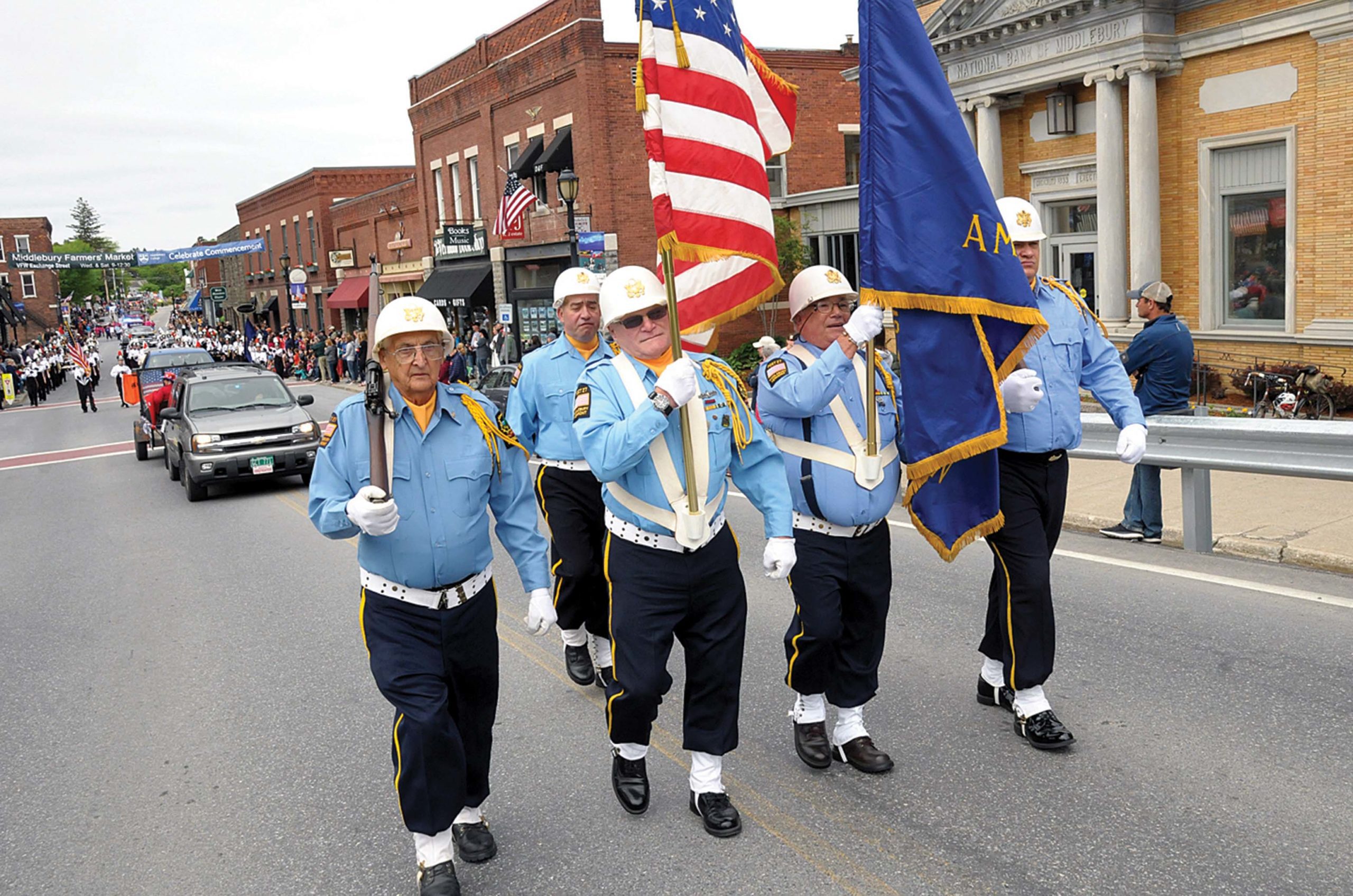 THE MIDDLEBURYAMERICAN LEGION Color Guard marched at the head of the Middlebury Memorial Day parade in 2018, but for the second year in a row local Memorial Day parades have been canceled this year.Independent file photo/Trent Campbell

The current COVID-19 pandemic has given rise to new heroes, our health care professionals, who are saving others and risking their own lives while doing so.
— Tom Scanlon, Vermont American Legion Northern Area Commander

ADDISON COUNTY — Memorial Day Weekend is considered by many Americans as the unofficial kickoff to summer; and summer for many begins with a loud and colorful parade. The annual Memorial Day parade in Vergennes is considered the biggest parade in Vermont, with the cavalcade of honor guards, marching bands, floats, clowns, politicians and contingents of local organizations of all sorts often stretching to more than two miles.

But for the second year in a row, the COVID-19 pandemic has forced organizers to cancel parades again this year.

American Legion Post 14 in Vergennes called off the Memorial Day parade in the Little City. Post 27 in Middlebury also extended its moratorium on parades. In Bristol, Legion Post 10 usually has a smaller parade, but it too canceled the event for this year, but it will hold a small ceremony in the town park on Monday.

The Bristol Legion encouraged everyone to honor our service men and women who have made the ultimate sacrifice for their country, but please follow the COVID protocols — wear a mask and give everyone enough social distance.

Middlebury American Legion Post 27 Adjutant Tom Scanlon, who is also Northern Area Commander for the Vermont American Legion, provided a moving announcement regarding his post’s decision to shelve the 2021 parade. Here’s what he said:

“It is with heavy heart and deep regret that Middlebury American Legion Post 27 is, once again, announcing the cancellation of the 2021 Middlebury Memorial Day Parade. This decision was made by the post leadership with the primary concern being the safety of all involved, and upon the guidance and recommendation of both public health and emergency management personnel.

This annual local memorial celebration is when we remember how men and women set aside their civilian pursuits to serve their nation’s cause, defending the freedom of mankind and preserving our precious American heritage. However, the current COVID-19 pandemic has given rise to new heroes, our health care professionals, who are saving others and risking their own lives while doing so. They are now, each day putting the needle in arms of many, in an ardent attempt to stop this insidious virus from spreading to our families, friends, and neighbors.

These heroes have much in common with the people we honor on Memorial Day, America’s fallen veterans. They are men and women who have sacrificed their own lives so others could live. They are both elite and ordinary. They are elite in the sense of character. Giving your life so others could live is the ultimate definition of selflessness. They are ordinary in that they represent the diverse fabric of our country.

We must celebrate the selfless and untiring performances of the healthcare workers while still remembering the approximately one million men and women of the U.S. military who have lost their lives in defense of our nation. Even when the enemy is an invisible virus, the sacrifices made are just as meaningful. The U.S. military has also lost numerous members to COVID-19.

On Monday, May 31st, Memorial Day, please still pause to remember and honor those who fell for us in battle. However, additionally honor all those selfless servants, from those running into the crumbling towers on 9/11, to those working in healthcare, caring for and protecting us today.

For God, Country, and Community.”