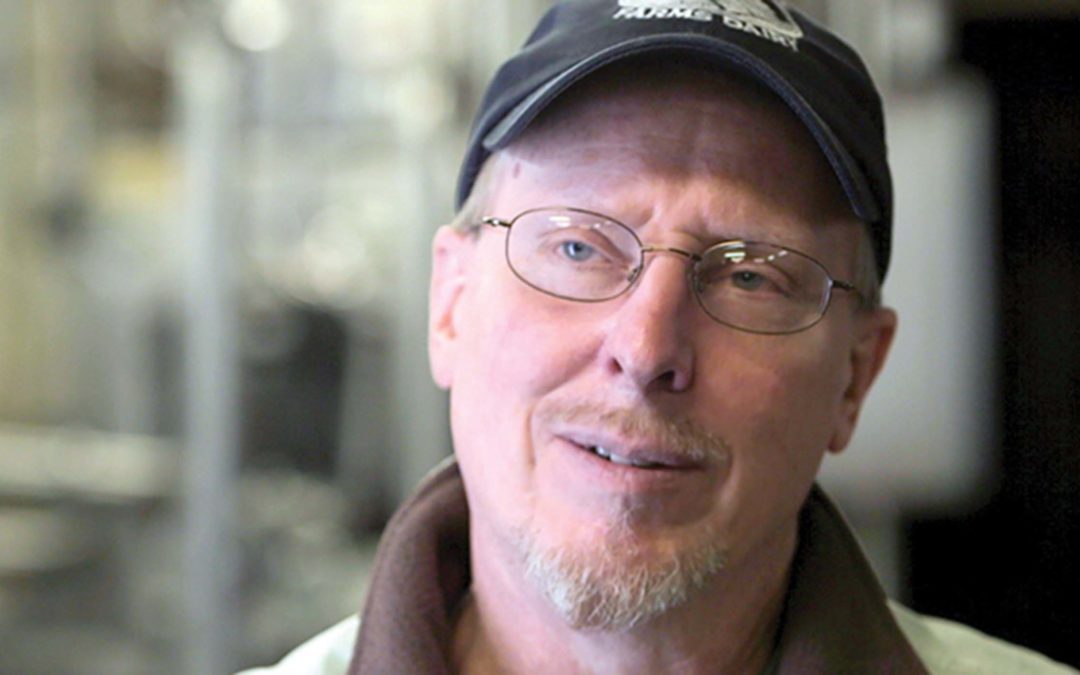 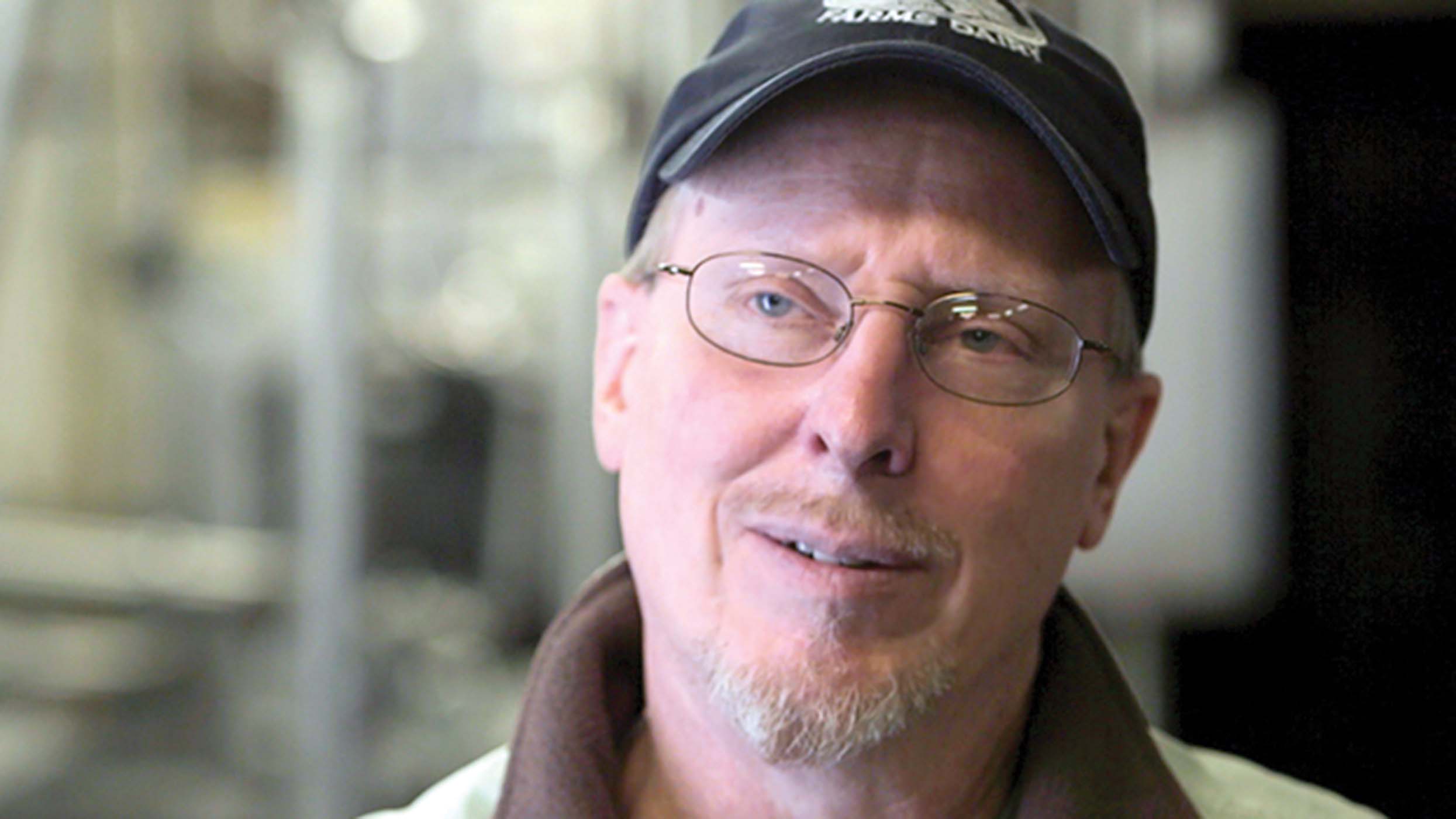 MONUMENT FARMS DAIRY official Jon Rooney says there is no way farmers could pay property taxes based on development value for lands they keep open in agriculture.

VERMONT — With the release of a report detailing state spending to support the dairy industry and mitigate its environmental impacts between 2010 and 2019, the state auditor has offered a new angle on Vermont dairy that doesn’t entirely mesh with the industry’s promotional narratives, and the Vermont Agency of Agriculture, Food and Markets isn’t buying it.

The goal of the May 10 report, “Examining Vermont State Spending on the Dairy Industry from 2010 to 2019,” is “to inform policymakers, program managers, and the public as they consider the future of Vermont’s dairy industry and what role public funds should play,” according to the report’s introduction.

State Auditor Doug Hoffer was inspired to examine dairy supports more closely after his office produced a report in 2019 on the effectiveness of cleanup efforts in Lake Champlain, he told the Independent. As with all the reports produced by his office, Hoffer wants this new report to be a “catalyst for conversation.”

“I don’t have anything against the dairy industry,” he said. “The only issue for me in this job is to ask, ‘What are we getting for taxpayer money?’”

Though Vermont also produces value-added dairy products, as well as milk from sheep and goats, the report focuses primarily on dairy farms that produce milk from cows. State and federal supports received by those other sectors are not included in the report.

According to the Auditor’s definition of “state expenditures,” which includes not only funds raised through taxes and bonds but also the loss of revenue from tax reductions and exemptions, Vermont spent more than $285 million over a 10-year period on programs and policies that either supported the dairy industry or mitigated its negative environmental impacts.

In 2019 alone, Vermont spent $35 million — or about $56 for every person in the state. That spending is only going to increase in the future as lake cleanup and water quality efforts expand, Hoffer said.

The report breaks down that $35 million as follows:

•  $13.4 million for tax credits, exemptions and exclusions, with the largest benefit coming from exempting items such as feed, livestock and fertilizer from Sales and Use Tax.

•  $13 million in tax savings and grants from the Current Use Program and the Farmland Conservation Program to keep land owned by dairy farmers in agricultural use.

•  $7.4 million for grants and technical assistance “to address detrimental environmental impacts of some dairy farming practices.”

The report also provides an overview of nearly $35 million in federal spending on Vermont agriculture in 2019, a large proportion of which goes to support the dairy industry through Federal Crop Insurance, the Dairy Margin Protection program, environmental quality incentives, land easements and millions of dollars in surplus dairy purchases.

Jon Rooney of Monument Farms Dairy in Weybridge said he doesn’t see state government’s role in the dairy industry as all that significant. He said programs like Current Use, which assesses the taxable value of land based on how it’s used rather than its development value, are essential for the survival of agriculture.

“There’s no way farmers could possibly afford to pay taxes based on the development value of their land,” he told the Independent, and he wishes that people would stop seeing Current Use as a “handout.”

What Vermont dairy farmers could really use at this point is for people to give them a break, he said.

“Most are sizable farms now and are fully aware of the need for nutrient management regulations. They’re not always happy with it, but they’re aware of issues with manure.”

In 2017 dairy farms operated on 343,688 acres, or about 5.6% of the land in Vermont, excluding woodlands held by farms, the report says, and milk sales accounted for approximately 1.3% of the state’s gross domestic product.

Despite these relatively low percentages, “for many Vermonters, agriculture — and specifically dairy — is important to the state’s identity,” the report says. “It is also part of Vermont’s appeal beyond the state; Vermont’s association with scenic farms, fresh foods, and pastoral beauty helps attract tourists.”

But the industry is rapidly changing, and many Vermont dairies have closed or consolidated.

Prices, on the other hand, have not kept up, and on average, sales from dairy farms don’t cover the cost of milk production, according to the United States Department of Agriculture’s Economic Research Service.

This trend is worse in Vermont, the report says.

The drive to increase efficiency in order to eke out a profit has led to larger herds. In 1946 the average Vermont dairy herd was 46. In 2017 it was 180, and the 59 dairy farms that had at least 500 cows accounted for almost half the state’s cows and milk sales.

“When farmers confine their cows and increase their herd sizes, it concentrates manure production, which can create manure management and storage challenges,” the report says. Some of that manure can be used for fertilizer or, in some cases, such as the Goodrich Farm in Salisbury, to generate electricity. But “excess runoff leads to water pollution with harmful effects for both wildlife and human health.”

In 2017 dairy farms accounted for roughly three-quarters of all the cropland in Vermont that was treated with manure, fertilizer and weed control.

The effects of phosphorus and nitrogen runoff on Lake Champlain continue to be well documented, and the focus of expensive cleanup efforts.

That runoff also has a detrimental effect on Vermont tourism.

According to a 2015 assessment by researchers at the University of Vermont’s Gund Institute for Ecological Economics, a one-meter decrease in water clarity during July and August would lead to the loss of 195 full-time-equivalent jobs, a $12.6 million reduction in tourism income and an overall economic reduction of more than $16 million.

“You can’t look at dairy and assess it only on milk sales,” Collier told the Independent.

Even if milk sales amount to only $500,000 million a year, the dairy industry as a whole, including processors and makers of value-added products, generated $2.2 billion in annual economic activity in Vermont in 2014, Collier said, citing “Milk Matters,” a 2015 report from the Vermont Dairy Promotional Council.

The Auditor’s report does not address state and federal dairy supports beyond milk production.

Regarding tax breaks and exemptions, “It’s not giving money to farmers to just not take it from them,” he said.

A lot of dairy farmers feel they’re trying to make everyone happy at once — while also staying in business, Monument Farms’ Rooney said. So it would be nice if people would have a less pessimistic outlook about the industry.

“We’re not looking for freebies or to evade regulation, but it would be nice to maybe get some appreciation for what we do,” Rooney said.