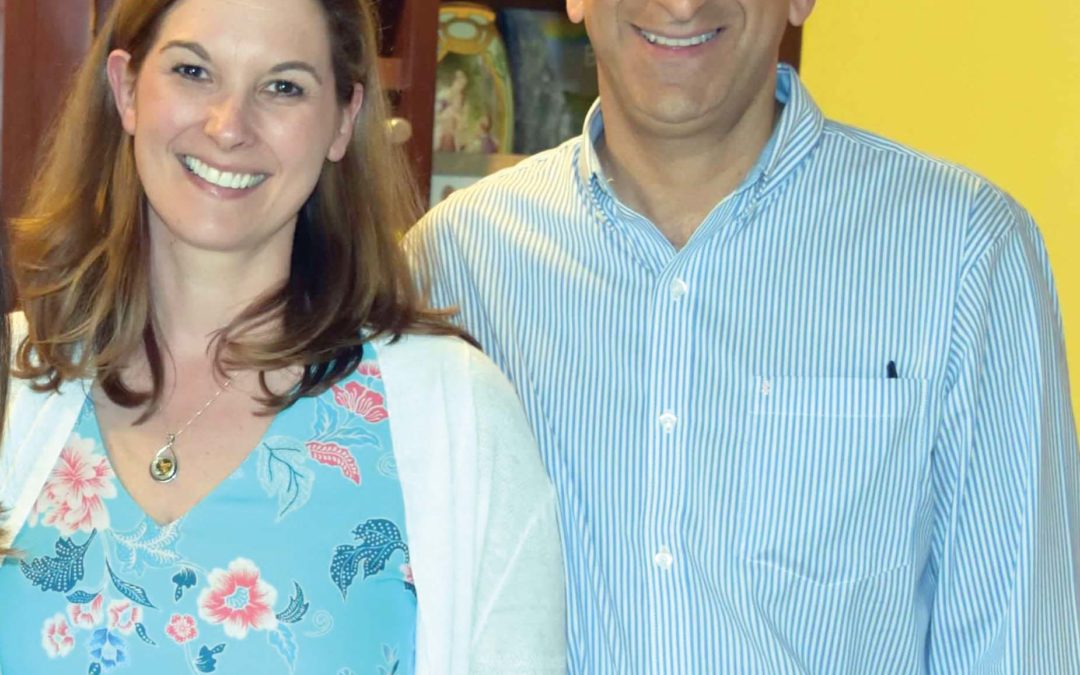 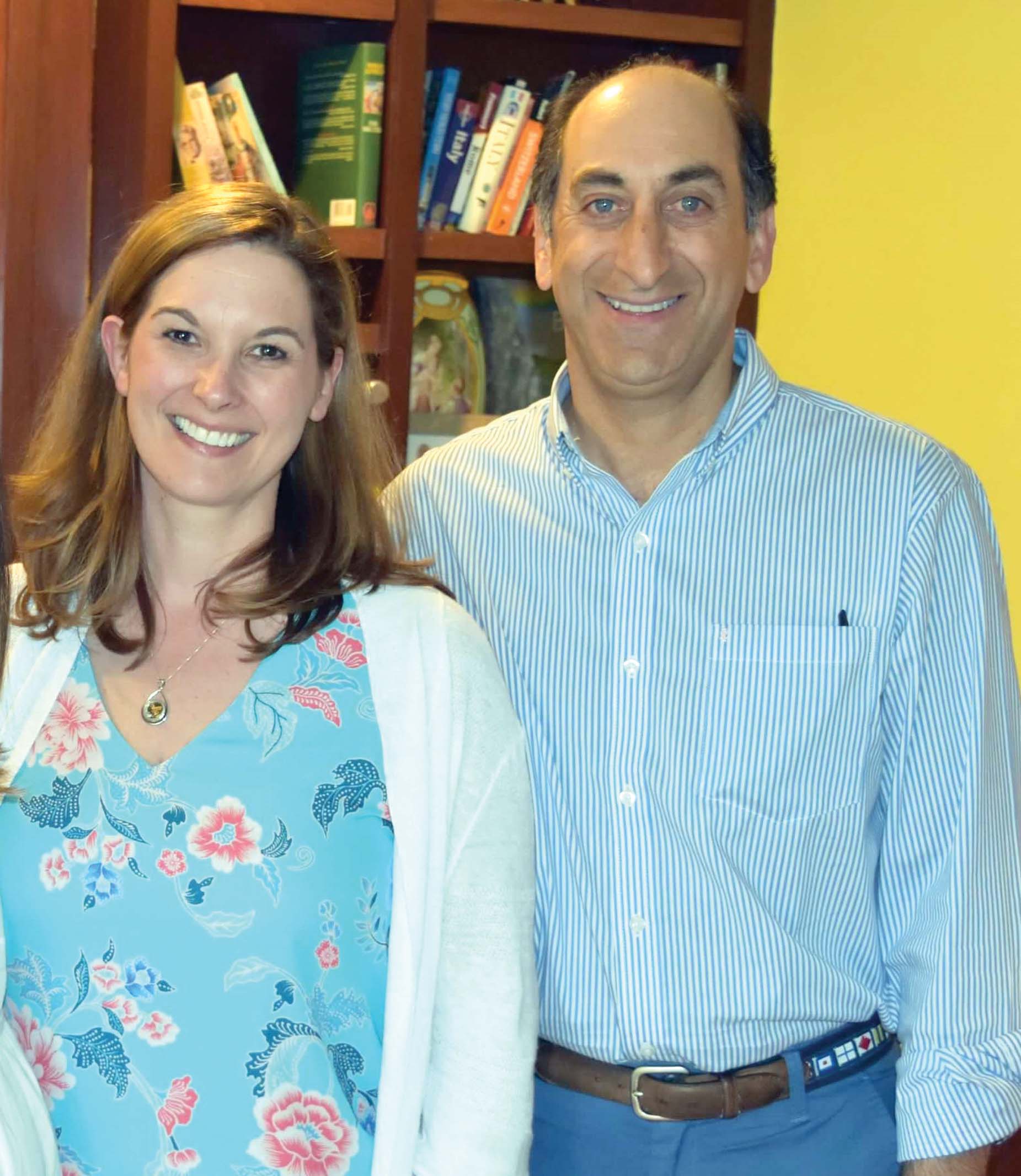 VERGENNES — After a major hurdle cleared earlier this year and a few design changes made, groundbreaking on a $19 million downtown Vergennes eldercare project could occur as soon as early June, according to its owner-developers.
Vergennes Grand Senior Living, a major expansion and renovation of Vergennes Residential Care on the city green, will expand the existing 18-bed, 1820 property at 34 North St. to an interconnected 53-room, four-building care home capable of accommodating up to 82 seniors.
Owner Dan Hassan said he and wife and co-owner Rebecca Hassan — d.b.a. Grand Senior Living — are now putting the final touches on a complex financing package for 40,000 square feet of new construction, followed by renovation of the existing 10,000-square-foot building.
He said it is time-consuming because of involvement of a federal program, but is optimistic the process is near the finish line.
“Our goal is still to have this wrapped up by the end of May so that we can then proceed. Our original goal was an early-May groundbreaking,” Hassan said.
“We are probably off by a month, is my guess. But you are talking to a guy who has to be an eternal optimist here, and there is a lot of investment here, and a project everybody feels is too good not to happen. So given all of that, we’re certainly confident it’s going to happen.”
The Hassans are eldercare sector veterans and Charlotte residents who are the current owners of Vergennes Residential Care. They bought the business and original building in 2019 from Addison residents Barbara and Tim Buskey with this expansion in mind.
Their expansion plans include the neighboring 40 North St. property that still belongs to Don and Theresa Clark, the original Vergennes Residential Care owners dating back 50 years.
The Hassans will close a deal on that property before breaking ground on the larger project, and then 40 North will be demolished with a controlled burn that will allow area fire departments to gain valuable training (see related story on this page). A new structure will replace it.
The Hassans, as they have with their other properties in Vermont and New Hampshire, will cater in Vergennes to an elder clientele they refer to as the “forgotten middle” — those not on Medicaid, but who also cannot afford high-end retirement communities — as well as those who are eligible for federal benefits.
“We can rent (units) to either our low-income residents, who would be in the Medicaid waiver program, as we are now in Vergennes, or to private-pay residents, because we have been able to structure those rates close to each other,” Dan Hassan told the Independent last week.
One way they can do so, Hassan said, is not by sacrificing quality but by giving many units two bedrooms so that they can be shared by couples, people who agree to become roommates to control costs, or individual clients.
“We are targeting at putting out a product on the market that is every bit as nice as any of those you will find in the Burlington area or down in the Middlebury area,” Hassan said. “But what we have done is to create a flexible unit design.”

OBJECTIONS ANSWERED
The proposal was almost universally popular in Vergennes. As well as providing needed housing for seniors, the Hassans’ project will boost their employee count from 18 to 48, creating more traffic for downtown shops and restaurants from workers — as well as residents’ visitors.
Business leaders and the Vergennes Partnership, as well as city officials, have all endorsed the Hassans’ project. According to estimates accepted by the city’s development review board, Vergennes Grand would add about $390,000 annually of civic and commercial revenue to Vergennes, including property taxes, water/sewer fees, and visitor and staff purchases at local businesses.
The city was also awarded a $181,000 grant based on the project’s completion. It would fund re-paving of the streets that surround the adjacent city green and the green’s sidewalks, plus pay for new park lighting.
Vergennes Grand did run into a snag last summer and fall, however, that the Hassans said could have sidetracked the project.
Two families who owned homes immediately east of 34 Green St., the Biellos and Peddies, appealed the city’s July 2020 zoning permit to Vermont Environmental Court. The Hassans said last fall the appeals could threaten the project simply by creating time-consuming and costly delays.
But the Hassans said by the end of January all parties had reached agreements that ended the court cases and allowed the project to move forward.
Hassan said elements of the agreements must remain confidential, but said the design changes made to the project itself were public record.
On the east side of the building, Hassan said the “top floor of the building will be pushed back eight to 12 feet.” This change, he said, “opens up the view line as you look up from the ground level if you were a neighbor.”
Dan Hassan said he and Rebecca also agreed to do more landscaping between Vergennes Grand and the neighbors “that will give the appearance of the building being shorter,” including plantings and earth moving.
Other tweaks came along since this past fall, although Hassan said the “essential program” is unchanged. The bed count was pinned down after varying between 78 and 84, for example.
“Like any project of a certain size, as you go through the process and interact with the community, the municipality, and investors and lenders, it’s like putting a girdle on or something. The project is going to move around when you get in there. The project changes a little bit, but not in any material way,” Hassan said.
Design changes have been made in the past nine months, the most significant of which was the removal of a cupola the Hassans had proposed for the building to replace 40 North St.
Hassan said Division of Historic Preservation officials said the cupola and other more ornate design elements proposed for the project’s new construction could detract from, rather than enhance, the original historic architecture of the 1820 showpiece that will be retained at 34 North St.
Thus, he said, the proposed cupola has been shelved, and the details on new buildings’ trim and eaves were reworked during the design process to be more “muted,” and thus merely “sympathetic” to the original Italianate building, which historic preservation officials want to remain “the focal point.”

GOVERNMENT HELP
One reason the funding process has taken longer is because Vergennes Grand is a “Qualified Opportunity Zone” project. It is taking advantage of the Vergennes City Council having successfully applied to become a federally recognized Opportunity Zone three years ago, at the recommendation of then-mayor Renny Perry. Opportunity Zones are designed to encourage investments in low-income areas.
Investors who create “Qualified Opportunity Funds” are allowed tax breaks if they invest in economic development projects in such a zone. Hassan said the city’s Opportunity Zone status made it easier to cast a wider investment net.
There was red tape.
“It required us to do a lot more legal documentation among the parties,” Hassan said. “These things always take more time than you expect they will.”
That time meant money, however.
“I think it’s a great thing. It certainly has brought outside investment into the state,” he said. “It made this project happen with investors we would not have been able to find inside the state.”
With Hassan now “certainly confident it will happen,” even without a firm date for construction to begin, he said he and Rebecca are looking forward to a facility that will be able to better serve their clients.
“The residents that we have served there, and that others have served there over 50 years, deserve a physical plant that is better than what exists to care for them,” he said. “I look forward to the day we can move all of our existing residents. That will be a day to celebrate for us, and for the Buskeys and Clarks before us.”