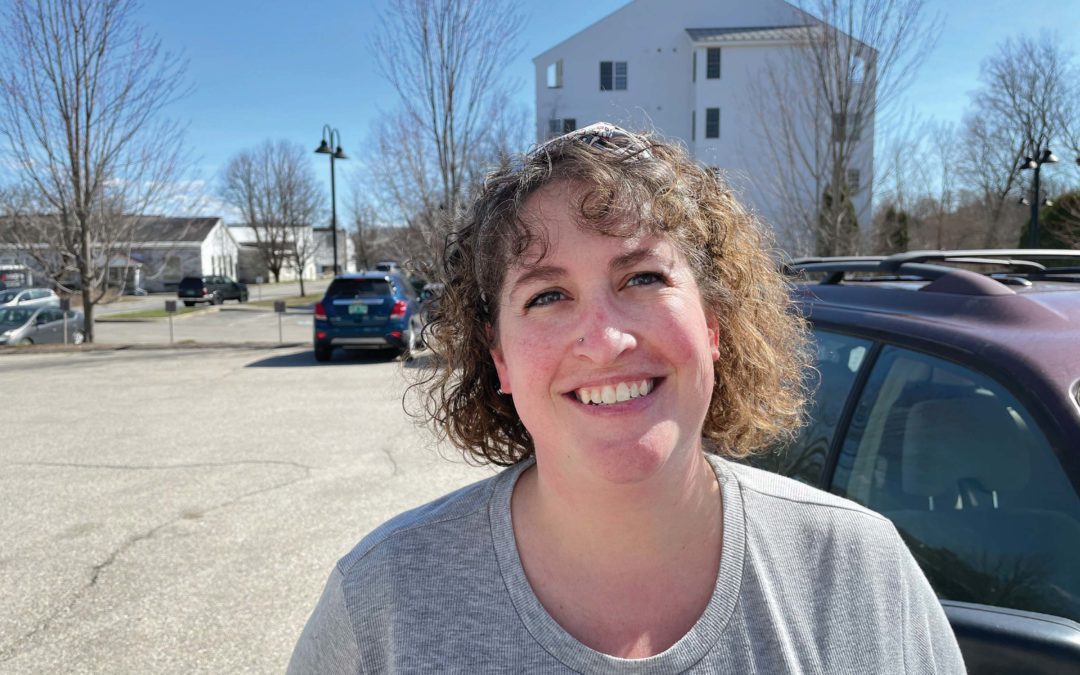 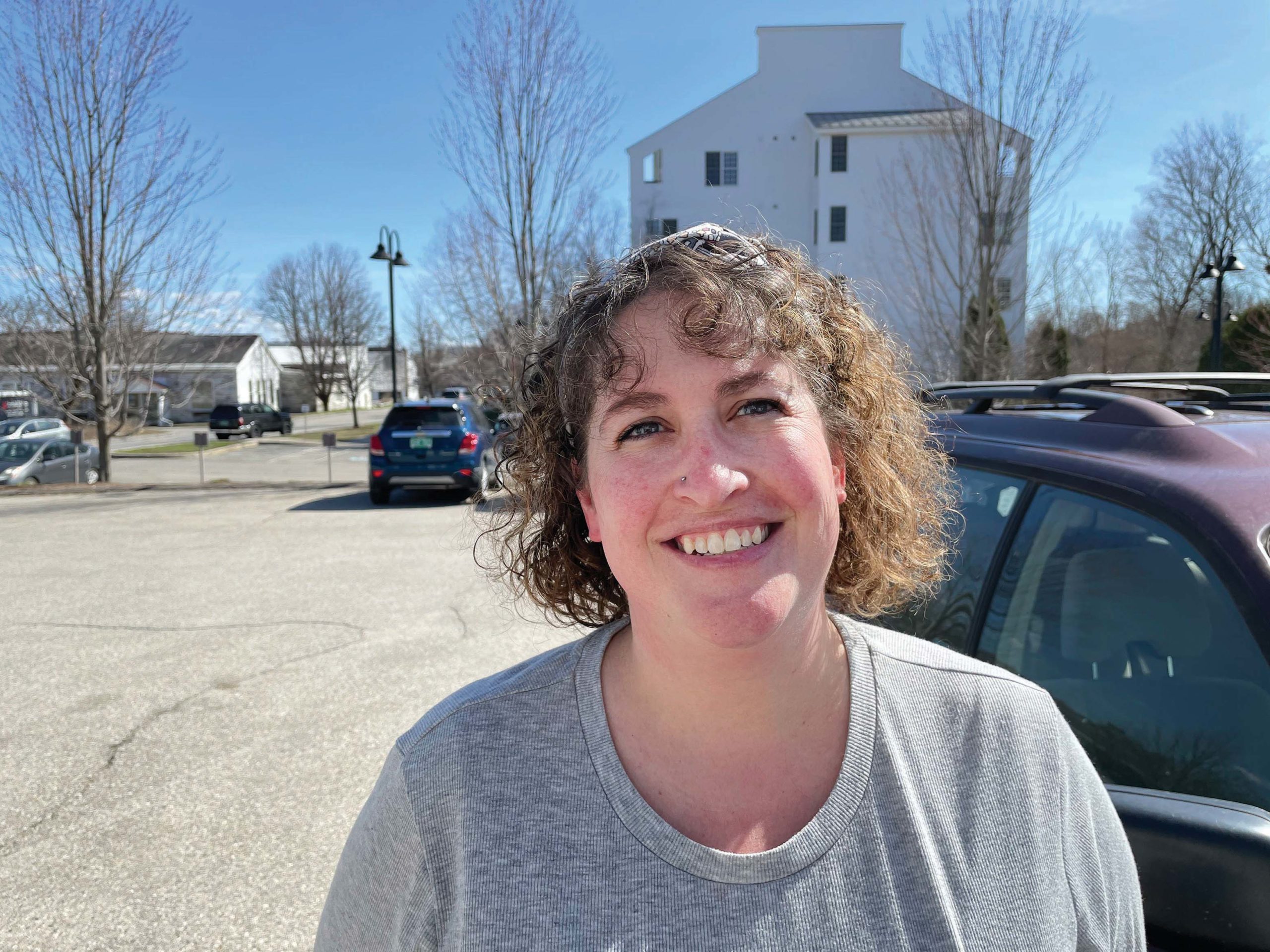 AN ADDISON COUNTY resident named Annie is among a handful of sexual and domestic violence survivors who lent their stories to a new report on the economics of abuse. The Vermont Network Against Domestic and Sexual Violence prepared the report.
By John Flowers

It is clear that Vermonters are paying a substantial price due to domestic and sexual violence. Each of these economic impacts is a neighbor’s lived experience.
— Kerri Duquette-Hoffman

MIDDLEBURY — Annie initially decided she’d to try to forget she’d been raped, rather than report it to police and risk having to relive the traumatic episode over and over again.
“I tried to forget, but I was having nightmares almost daily,” the Addison County resident recently related to officials at the Vermont Network Against Domestic and Sexual Violence (Vermont Network).
“My anxiety level was through the roof.”
But she mustered the courage to not only report the incident, but also to recount her experience during two trials.
The first proceeding resulted in a mistrial. The defendant was found “not guilty” by a jury following the second trial.
She recalled that “not guilty” moment as being one of the worst in her life.
“It completely destroyed me,” Annie recalled. “And he was free to go. There is no appeal process for the victim. No chance of him being retried for the same crime. Any progress I had made in therapy was gone in a heartbeat.”
Annie’s story, according to the Vermont Network, is an example of the incalculable human toll on survivors in sexual and domestic assault cases.
But there is also another tangible financial toll on human services providers, the court system, law enforcement, corrections and taxpayers, according to a new report compiled by the Vermont Network.
It’s called “The Economic Impact of Domestic and Sexual Violence on the State of Vermont,” and it offers some telling statistics on how domestic and sexual violence are taxing survivors as well as entities that are trying to prevent, adjudicate and redress damage caused by such crimes.
Annie — whose saga is among a handful appearing in the Vermont Network report — is one of more than 41,000 reported victims of domestic or sexual violence in Vermont each year, although research indicates most survivors don’t report abuse, according to Jessica Barquist, the Network’s director of policy and organizing.
The survivors include some 31,000 adults and more than 10,000 children. Additional children experience domestic violence in the home setting, but aren’t the victim of record, Barquist noted.
The Vermont Network has long explained the toll that sexual and domestic violence takes on survivors and communities, but society’s response has been what Barquist called “a back-end systems approach of incarceration and court proceedings,” rather than more prevention efforts.
“Quite frankly, the situation hasn’t gotten any better,” she said of the status quo. “There are still so many people suffering this abuse year after year. So we’re really trying to do something different here.”
Indeed, the Network’s latest report focusing on the economic ramifications of sexual and domestic assault is the first of its kind for Vermont, according to Barquist.

COST IN DOLLARS
And the numbers quoted in the report are jaw-dropping.
The public cost of sexual and domestic violence in Vermont totals more than $111 million each year, researchers found. That’s an annual per-capita toll of $177.
“We’re hoping that kind of number resonates with folks and starts to form the narrative of, ‘This impacts all of us,’” she said. “It’s a community problem and it’s time we come together as communities and find new ways of addressing this and preventing it.”
Barquist said network officials were conservative in their estimates. The $111 million total emerged from an analysis of the costs within five key service areas: health care, victim services, law enforcement, judiciary and corrections.
Advocates believe the true cost is much higher, but state stats are elusive.
“A lot of the data we needed just doesn’t exist in Vermont,” Barquist said. “That was a surprise for us, that the state isn’t really tracking how we invest our public funds. We tried to calculate the cost of children who are served by the Department for Children & Families, and that cost information just isn’t available. I would assume we spend a large amount of public funds in our DCF system, but we don’t know what that is.”
The biggest-ticket items within the $111 million price tag, according to the Vermont Network, include:
•  About $58 million goes to jail people convicted of sexual assault and domestic abuse.
•  Almost $36 million provides health care associated with domestic and sexual violence.
•  Around $12 million funds victims’ services provided by 15 organizations statewide, including WomenSafe in Middlebury.
•  $4 million is spent on law enforcement.
•  $1.086 million covers judicial expenses.
Advocates reason that influencers who aren’t swayed by victims’ testimonials might be spurred into action by the financial realities.
“Part of our hope is that this can really be used to look at our statewide policy and how we’re investing in the support of our survivors and communities,” Barquist said. “Policy alone isn’t going to make this change happen.”
Kerri Duquette-Hoffman is executive director of WomenSafe. She’s particularly gratified that the report suggests prevention efforts as a way to reduce assaults, thereby reducing the number of cases and the financial impact on taxpayers.
“This is work that we have been building at WomenSafe, and statewide support for prevention could really make a difference in so many lives,” she said.
Duquette-Hoffman also stressed that dollars are only part of the story of sexual and domestic violence.
“It is clear that Vermonters are paying a substantial price due to domestic and sexual violence,” she said. “Each of these economic impacts is a neighbor’s lived experience. We are fortunate to be in a state that is looking proactively at improving lives.”

PLANNING FOR CHANGE
Annie will be among those pressing for change in the state’s approach to cases like her own. Her personal priorities include:
•  More training for law enforcement and attorneys on both sides (prosecution and defense) — as well as jurors — on how to interface with survivors.
“I feel strongly that awareness and education are key,” Annie said.
Annie noted some countries have professional trained jurors who help adjudicate domestic and sexual violence cases, and she believes such a system could be implemented in the U.S.
•  More counseling opportunities for survivors.
“Anyone would benefit from counseling; you just need to find the right one,” Annie said.
•  Ongoing support for community organizations that help abuse survivors, such as WomenSafe and the Addison County Sheriff’s Department.
Placing sexual and domestic violence in the public eye will help dispel misconceptions about this very serious topic, Annie believes.
“It doesn’t just happen to other people; it happens to anyone, including people you’d never expect it to happen to,” she said. “People don’t know what happens behind closed doors.”
The entire Vermont Network report can be found at tinyurl.com/fjhmkjea.
Reporter John Flowers is at johnf@addisonindependent.com.