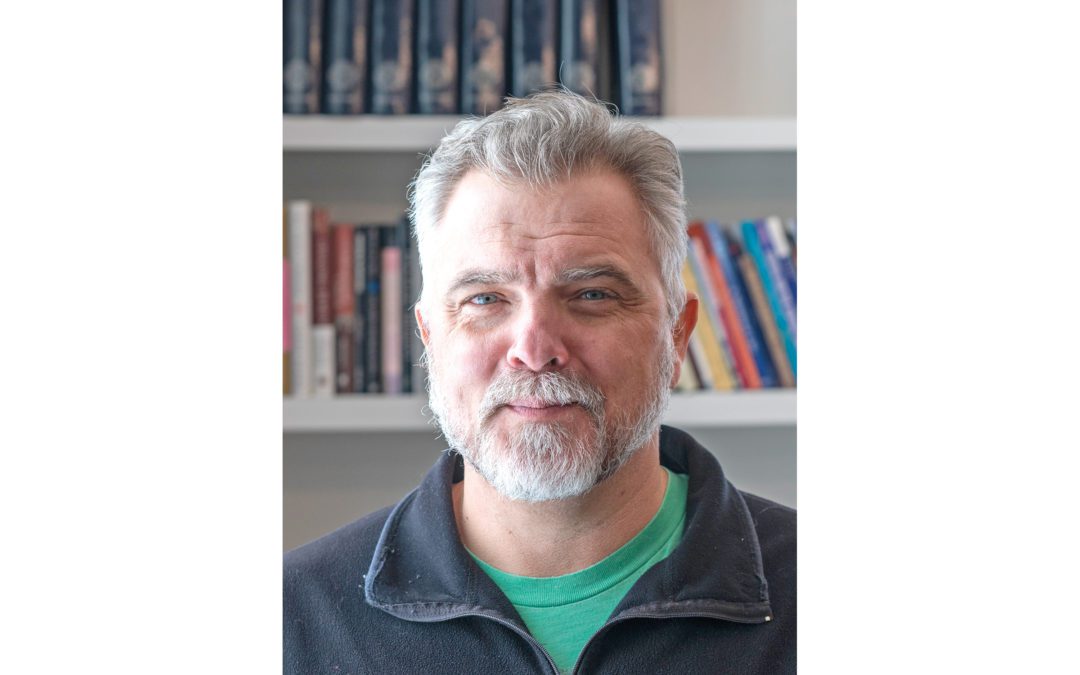 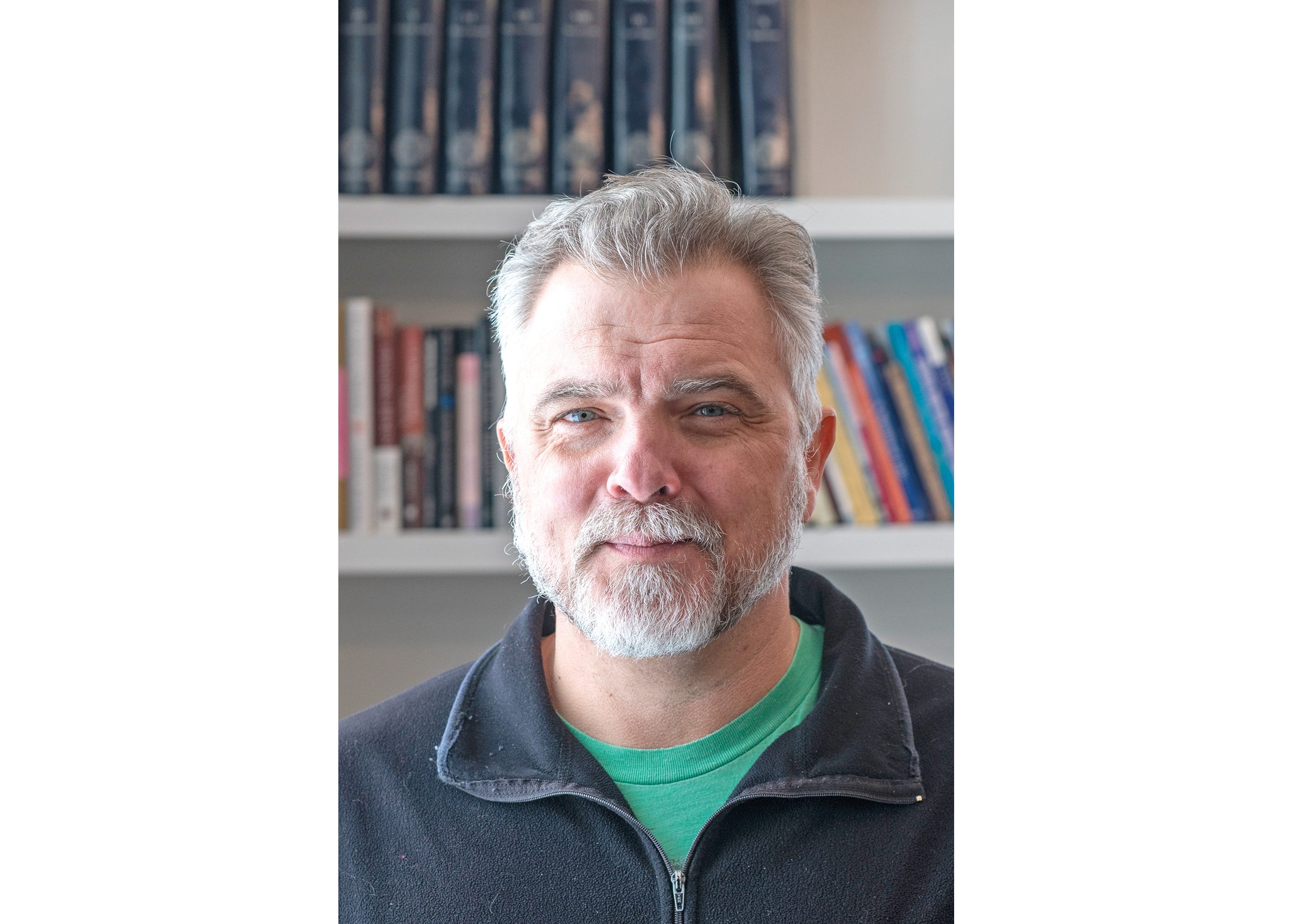 THE REV. ANDY Nagy-Benson, pastor of the Congregational Church of Middlebury, is an architect of “Table 21,” a nonprofit created to evaluate applications from businesses seeking a portion of the donated money to mop up red ink and make payroll.
By John Flowers

MIDDLEBURY — The unofficial guardian angel of small, struggling Middlebury-area businesses has made another huge donation — this time for  $350,000 — to help those that have taken a financial hit from the COVID-19 pandemic.
The anonymous benefactor — who lives overseas but has ties to Middlebury — has now given a total of $650,000 this year to help area farms, restaurants, and now stores that are barely making ends meet during a pandemic that just marked its grim one-year anniversary.
The Rev. Andy Nagy-Benson, pastor of the Congregational Church of Middlebury, is an architect of “Table 21,” a nonprofit created to evaluate applications from businesses seeking a portion of the donated money to mop up red ink and make payroll.
Table 21 last month disbursed the benefactor’s initial contribution of $300,000. In all, 19 ailing restaurants and farms in the Middlebury area received grants ranging from $10,000 to $25,000.
In the meantime, the Table 21 board will have a second go at one of the greatest jobs in the world — giving away money to sustain businesses that contribute mightily to the quality of life in Addison County.
Nagy-Benson described “four lanes” for a metaphorical giving highway that will route resources to successful applicants. Here are those four lanes:
1) Roughly $200,000 for another round of grants for small businesses. Farms and restaurants won’t be eligible for this round because they were the focus of the first wave of Table 21 grants.
Nagy-Benson cited the community’s two fitness centers and the Stone Mill Public Market has examples of business that could benefit from this second round of aid.
“There are a few entities I’m aware of that don’t have the luxury of hanging in there for an indefinite amount of time,” he said.
Table 21 leaders are still sorting out application criteria for this new round of financial awards for businesses. Nagy-Benson expects more clarity on these grants by mid-April. A new Table21.org website, expected to go live this weekend, will provide details.
2) Five $10,000 grants for restaurants and businesses that applied during the first round, but were ineligible because they didn’t quite meet the criteria. Those five recipients, which received their checks last week, are the Shoreham Inn, Blueberry Hill Inn, the Halfway House Restaurant, Middlebury Mountaineer and Tinker & Smithy.
3) A new fund that struggling businesses will be able to tap for relatively small amounts — say, up to $2,000 — for needs that might include a canopy, sign or other useful amenity. The fund, with an initial Table 21 seeding of $50,000, will be managed by the Better Middlebury Partnership (BMP).
“(BMP Executive Director) Karen Duguay has impressed upon us that a lot of times, people don’t always need $10,000 grants; sometimes it’s only $1,000 or $2,000,” Nagy-Benson said. “The hope is to have this rolling grant process for smaller amounts. Table 21 is positioned to underwrite that, which will help a lot of people in business around here.”
4) A $50,000 contribution to the Kick Start Middlebury Program (see related story). Kick Start is a new effort to fill several vacant storefronts in downtown Middlebury. The BMP is accepting applications from folks pitching novel ideas for new stores. The winning ideas will earn a $20,000 Kick Start grant, and $5,000 in related support services, to get their enterprises rolling.
Kick Start received $50,000 in startup funding from the town of Middlebury. The Rotary Club of Middlebury recently chipped in $10,000, and now Table 21 has kicked in another $50K.
“We’d really like to support Kick Start, and we have the ability to do that,” Nagy-Benson said. “It’s a smart program. We’re thrilled to jump into it.”
He reasoned that adding more businesses to the overall mix will likely help all downtown enterprises.
“It’s all part of the same web,” Nagy-Benson said.
Table 21 organizers know the angel’s philanthropy isn’t unlimited, and they’re planning for a time when the charity is about local folks doing what they can to help each other.
And they’re off to a good start.
The Table 21 board is pursuing 501(c)3 status for the nonprofit so it will be better positioned to solicit gifts from other sources. A Middlebury couple has already pledged $10,000 to Table 21 once it secures that key nonprofit designation, a process the Internal Revenue Service has indicated could take six months, according to Nagy-Benson.
“That’s exciting to me, because it represents an opportunity for local folks to express their gratitude to this overseas donor with some (giving) of our own,” he said.
A wave of local grants this spring and summer could position Table 21 to issue a third round of grants this fall.
“When that (nonprofit designation) comes, there will be a more public appeal to see if folks around here want to throw in gifts of all sizes — $100 or $1,000, or whatever,” Nagy-Benson said.
“Let’s use this opportunity for us to show each other that we care.”
Reporter John Flowers is at johnf@addisonindependent.com.