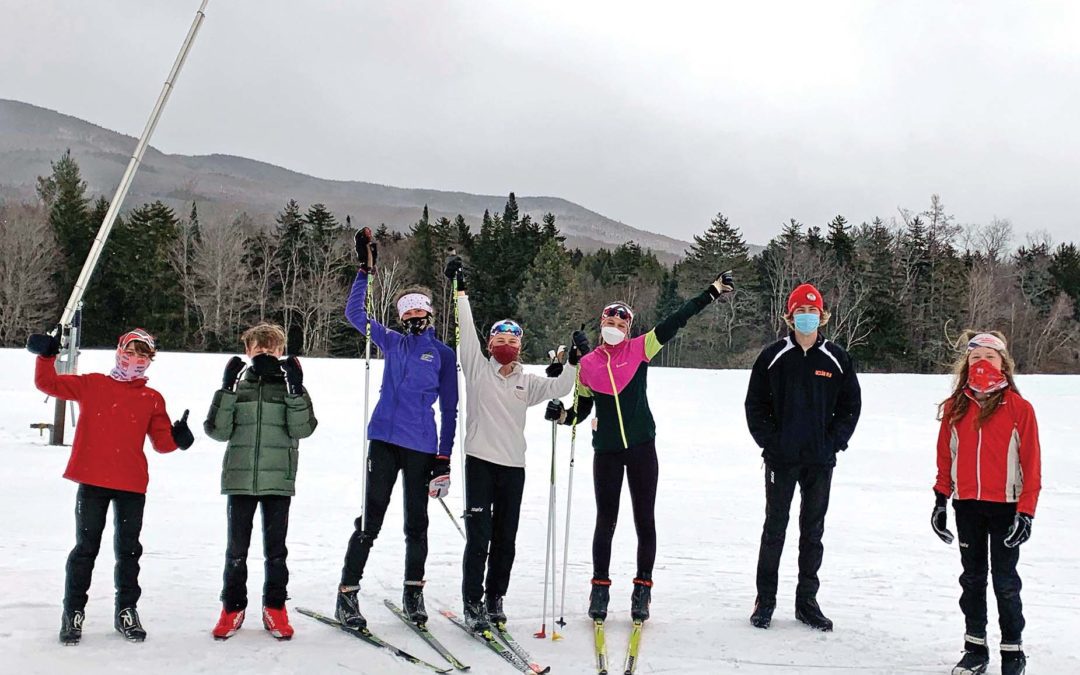 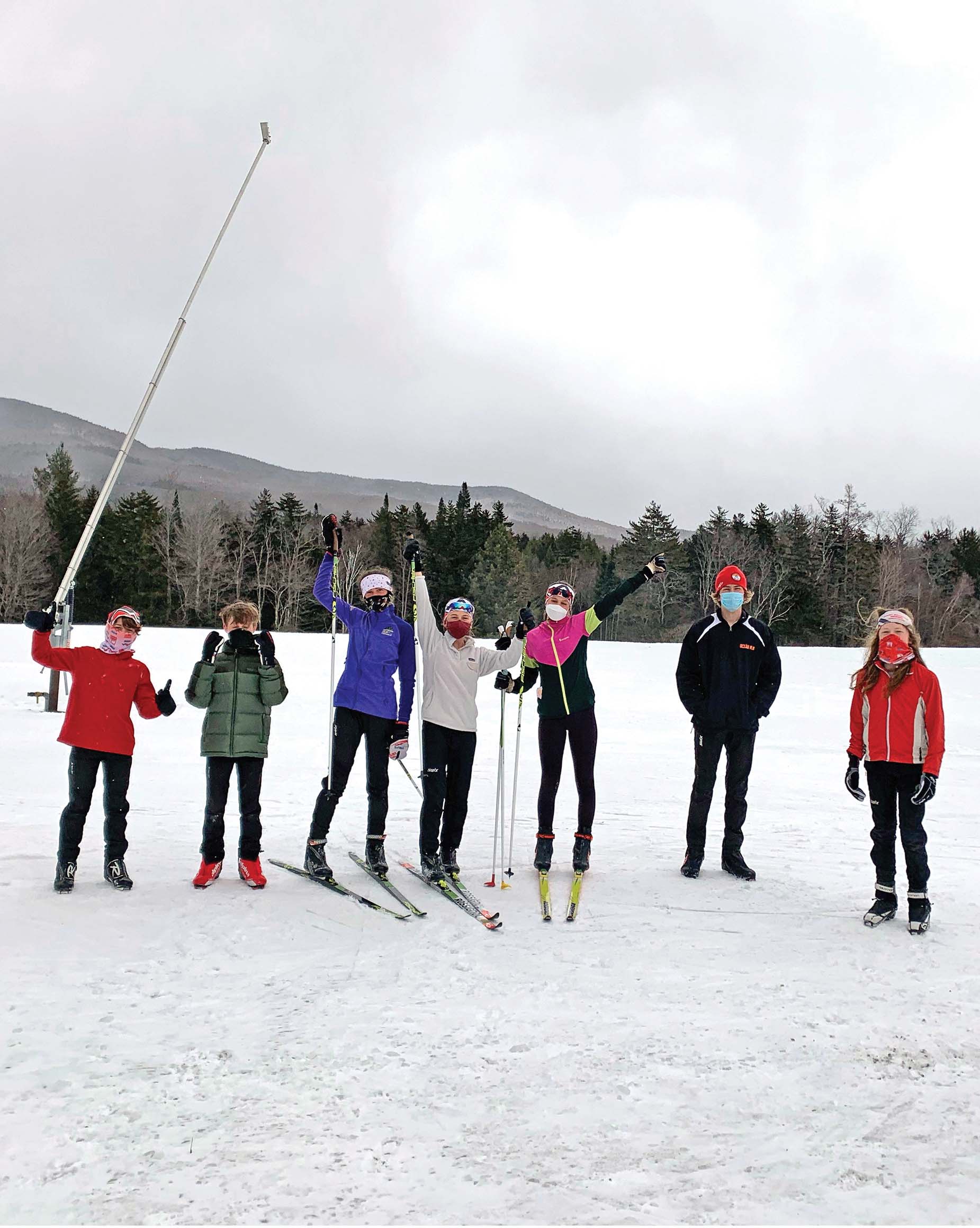 MIDDLE SCHOOL-AGE MEMBERS of the Frost Mountain Nordic skiing program celebrate completion of the “12 Hour Challenge” at the Rikert Nordic Center in Ripton this past weekend.

RIPTON — Frost Mountain Nordic skiing program this winter included a group of middle school- age skiers called the “Wildcats” that logged some serious mileage and that culminated in a multi-hundred- mile feat last weekend.
“It’s a real mixed group who have become the best of friends,” said FMN coach Jessie Donavan. “This is truly a remarkable group of kids filled with not only talent but such a love of skiing and each other.”
The youngsters come from Middlebury and Mount Abraham union middle schools and from the North Branch School, plus White River Valley Middle School in Bethel. This winter they came together and spend three days a week skiing, which brought some normalcy to their lives despite all the of the pandemic restrictions they faced in school and in life.
Among the activities they engaged in was five-hour backcountry tours in single digit temperatures. They had to cross rivers and fell into such deep snow they couldn’t get up without help from each other. They also joined in some of the high school races, with the middle school girls placing competitively in the top 10 of a varsity race. The four middle school girls also finished 1-4th place in their regional Bill Koch ski league championship.

This past Sunday nine Wildcats gathered at Rikert and skied a combined 500 kilometers in under 12 hours. The “12 Hour Challenge” took place at the Rikert Nordic Center in Ripton, VT as part of the Frost Mountain Nordic 12 hour Challenge.
The athletes include Ava Schneider, Beth McIntosh, Colt Bagnulo, Jorgen Pirrung, June Yates, Lincoln Miller, Mary Harrington, Matthew Berg and Matthew McIntosh. All of them completed over 50K individually, with the exception of Mary Harrington, who had to retire at around 40K after experiencing a massive bonk; she is fine now. Matthew McIntosh, Beth McIntosh, Ava Schneider and June Yates all achieved over 60K individually.
“II have truly been amazed at the positivity, grit, athleticism, ability to find joy in all terrain and weather, sportsmanship, politeness and work ethic all of the Wildcats have shown this year,” Donavan said. “This is a special group who all seem to have figured out at a young age that anything is possible when you put your mind to it and go into it with the right attitude.”