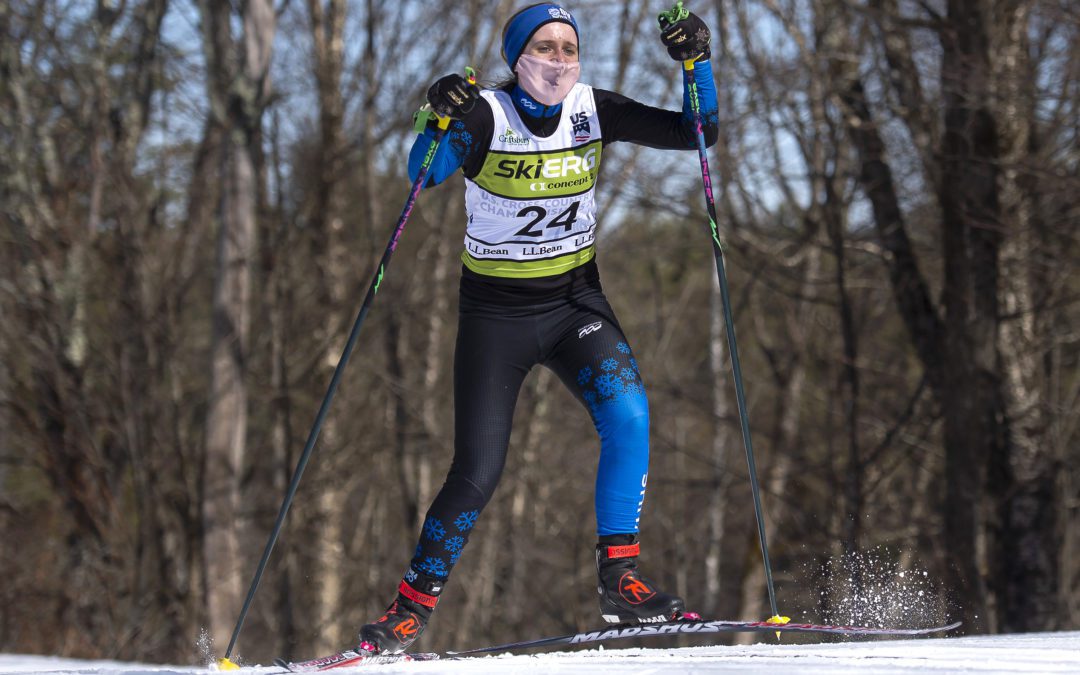 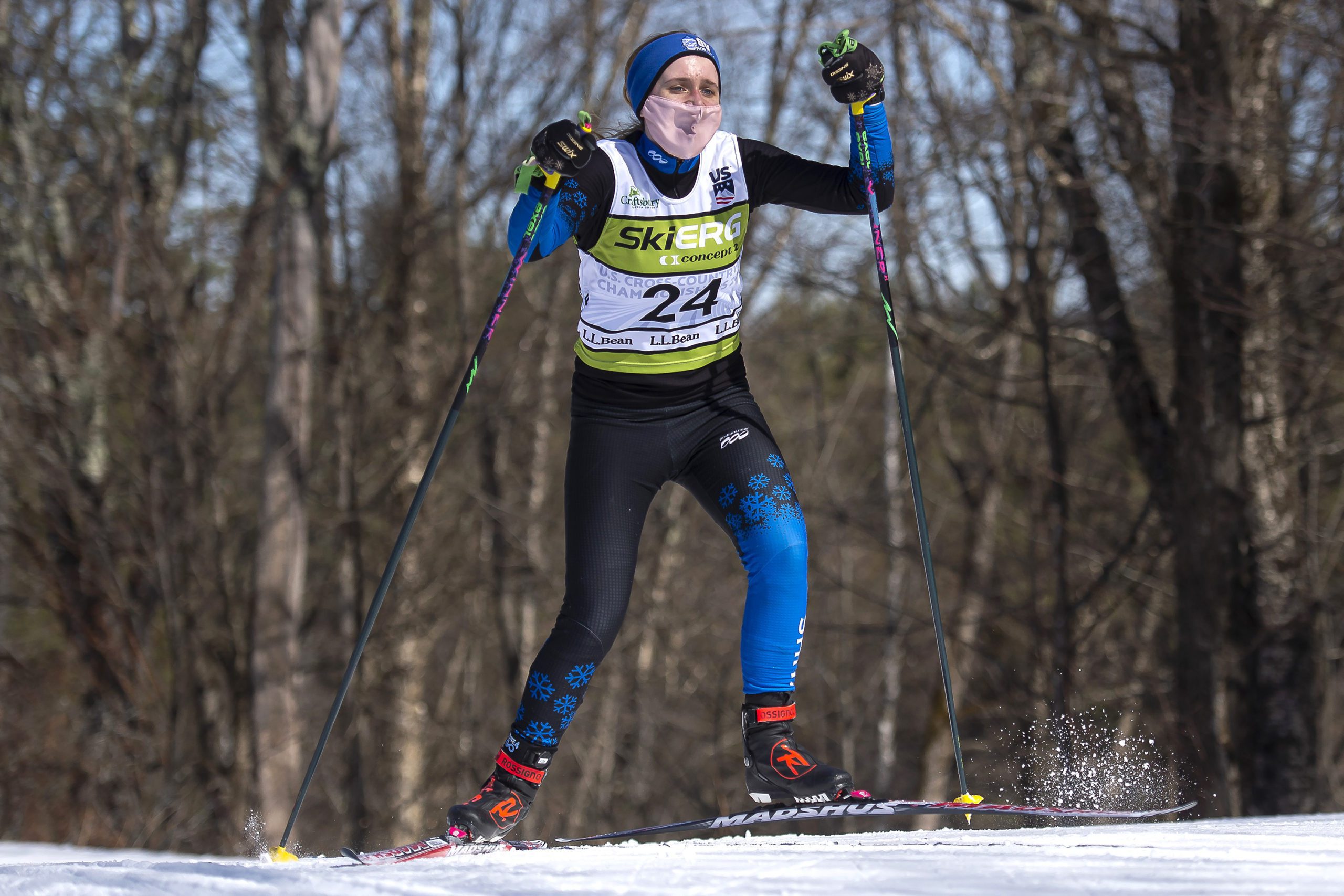 KELSEY ADAMS, PICTURED here in Wednesday’s Division II championship meet in Craftsbury, competed as an independent at the event along with teammate Sarah Calvin. Adams’ better effort came in the freestyle race, in which she finished 39th. Photo by Austin Danforth/Burlington Free Press
By Andy Kirkaldy

CRAFTSBURY — The Middlebury Union High School girls’ team prevailed in a tight three-way duel for third place in Wednesday’s Division II championship meet at the Craftsbury Nordic Center.
The U-32 girls joined the Raider boys, who won on Monday, also at Craftsbury, as D-II champions. They scored a combined 61 points in the classic and freestyle races, edging second-place Harwood at 71.
The Tigers finished third in the classic and fourth in the freestyle — with Phoebe Hussey pacing the team by taking seventh in both disciplines — to score 141 points. Their finish matched that of the MUHS boys two days earlier at the same venue.
Lamoille, fifth in the classic and third in the freestyle, was right behind in fourth at 156, with Peoples, fourth in the classic and fifth in the freestyle, fifth at 158.
Rounding out the field of eight full teams were Fairfax, sixth at 207, and Lyndon and Burr & Burton, tied for seventh at 233.
Harwood’s Ava Thurston claimed individual honors in both disciplines.
For the Tigers, Lia Robinson cracked the top 20 in both events, and Astrid Olsen took 20th in the classic race.
Two Otter Valley independents also competed, with Kelsey Adams faring better.
The title is usually decided over two days and includes a relay race on each day. But due to COVID concerns the championships were condensed to staggered starts on one day, the races were shortened, and the relays were eliminated.
The winners and local competitors’ results in each race were as follows: