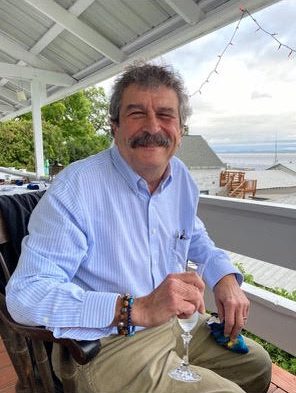 PORT HENRY, N.Y. — Dr. Michael Joseph Celotti, age 69, of Port Henry, N.Y., passed away Tuesday, Nov. 17, 2020, unexpectedly at his home. Michael was born Aug. 28, 1951, to Duvilio Celotti and Louise Celotti (Montagnola). He was the first born of nine children.
Michael is survived by his wife of 47 years, Mary Celotti (Carson); his three daughters, Meeghan (Aaron) Goralczyk, Lucianna (Michael Blaise) Celotti, and Josette (Rob Lamour) Celotti; his four grandchildren, Caleigh Lamour, Alethea Goralczyk, Maddox Blaise and Eden Goralczyk; his four brothers, Jim (Mary) Celotti, George (Debbie) Celotti, Joe (Evelyn) Celotti and Thomas (Tammy) Celotti; his four sisters, Patricia (Tom) Aurilio, Celia (Tom) Briggs, Tina (Jeff) Hargett and Judy (Tim) Garrison. He is also survived by his uncle George (Joan) Celotti and aunt, Anna Brace (Montagnola), as well as many beloved nieces and nephews and extended family.
He is predeceased by his father Duvilio Celotti and mother Louise Celotti (Montagnola).
Michael graduated from Plattsburgh State in 1973 and then went on to Pennsylvania College of Optometry and graduated in 1977. He was employed as an optometrist for the past 40+ years, working at Eye Care Associates of Ticonderoga and most recently of Middlebury, Vt. He was an extremely hardworking man, but more than anything he was a family man who cherished his beloved wife Mary, his “Girlfriend.” Michael was known as “Tati” to his grandchildren, who he was extremely proud of. He loved gathering his family together around the table. Michael was an excellent cook, avid reader, and skilled photographer. He also enjoyed riding in his Fiat Spider with the top down with Mary by his side.
He was kind, loving beyond measure and smart. He showcased his knowledge each night while watching Jeopardy. Those that had the pleasure of knowing him felt his generosity and kind spirit. Above all Michael loved his wife Mary and his family. Michael “Tati” will be sincerely, forever missed.
A private mass was held on Friday, Nov. 20, for family only followed by a graveside service at noon at the Moriah Union Cemetery for anyone who wanted to attend.
To leave condolences for the family please visit harlandfuneralhome.com.◊