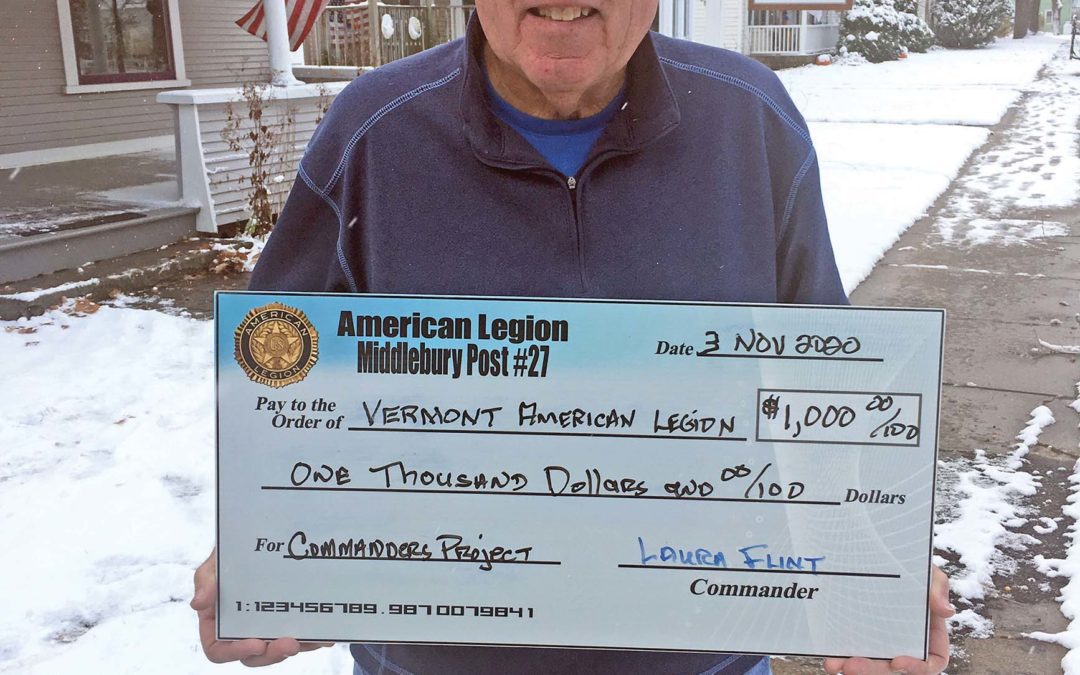 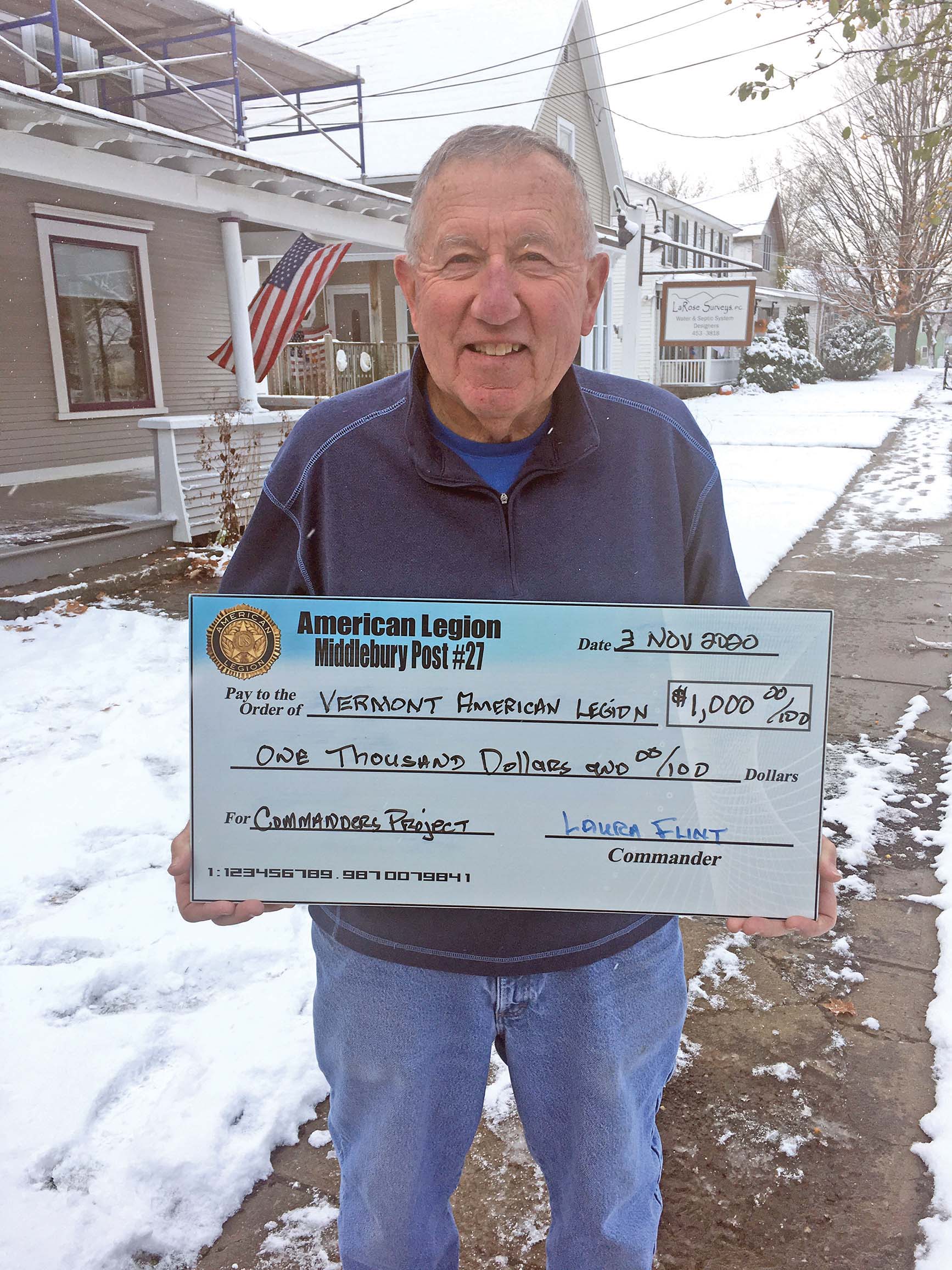 SEVERAL LOCAL VETERANS’ and service organizations received an unexpected donations from the Middlebury American Legion this November, including, clockwise from top left, Ron LaRose, State Commander of the American Legion.

MIDDLEBURY — Christmas came early to a few Veterans’ and service organizations as well as to local civic clubs due to the generosity of Middlebury American Legion Post 27. At their last regular meeting in October the membership unanimously voted to help various organizations and causes that have been adversely impacted financially by the current Covid-19 pandemic. The awards totaled $7,750.
Checks in the amount of $1,000 were given to: American Legion Department Commander Ron LaRose for his project assisting the two Vermont Boy Scout camps; The Veteran’s Place in Northfield; The Dodge House, a Project of the Veteran’s Assistance Office, in Rutland; the Middlebury Rotary Club; and, the Middlebury Lions Club. These organizations were severely impacted as their regular fundraising efforts were not available. These were unsolicited donations that put big smiles on the recipients.
Additionally $2,750 was presented to the Middlebury Parks and Recreation Department to fully fund the New Year’s Eve fireworks display. These donations come on the heels of what Post 27 donated the previous month, where they awarded $1,000 to the local Knights of Columbus Council, who also lost their major fundraiser due to the pandemic. Additionally, Post 27 prepaid the balance of their $10,000 pledge to the Memorial Sports Center for their recent building expansion, as previously reported in the Addison Independent. It should be noted that this latest donation brings the total to $200,000 given to the Memorial Sports Center by the local Legion post.
The Middlebury American Legion is very grateful that they are able to assist such great organizations and contribute to veterans, as well as to other local needy causes. Post 27 has reaped the benefits of the hard work of past post leaders, such as Joe DeGray and Ernie Cyr. They raised funds and invested wisely, creating the post’s ability to be so generous during this time when help is so desperately needed. Their hard work was built upon by the current Commander, Laura Flint, and her keen business acumen. Middlebury American Legion Post 27 serves as a great example of veterans helping veterans, children, and their local community.