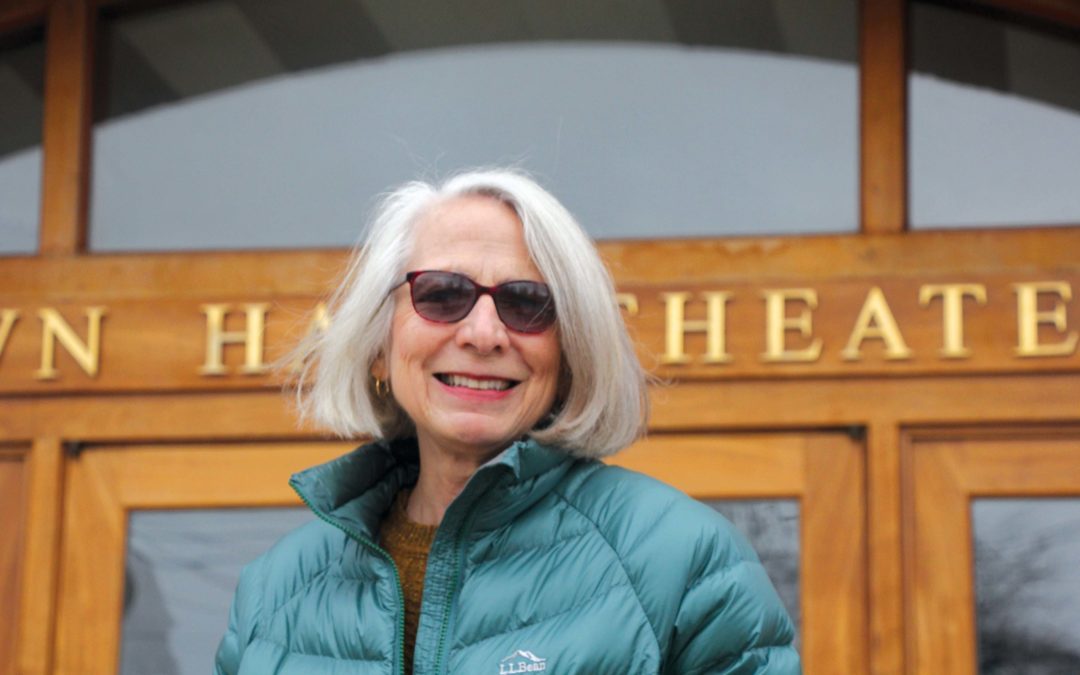 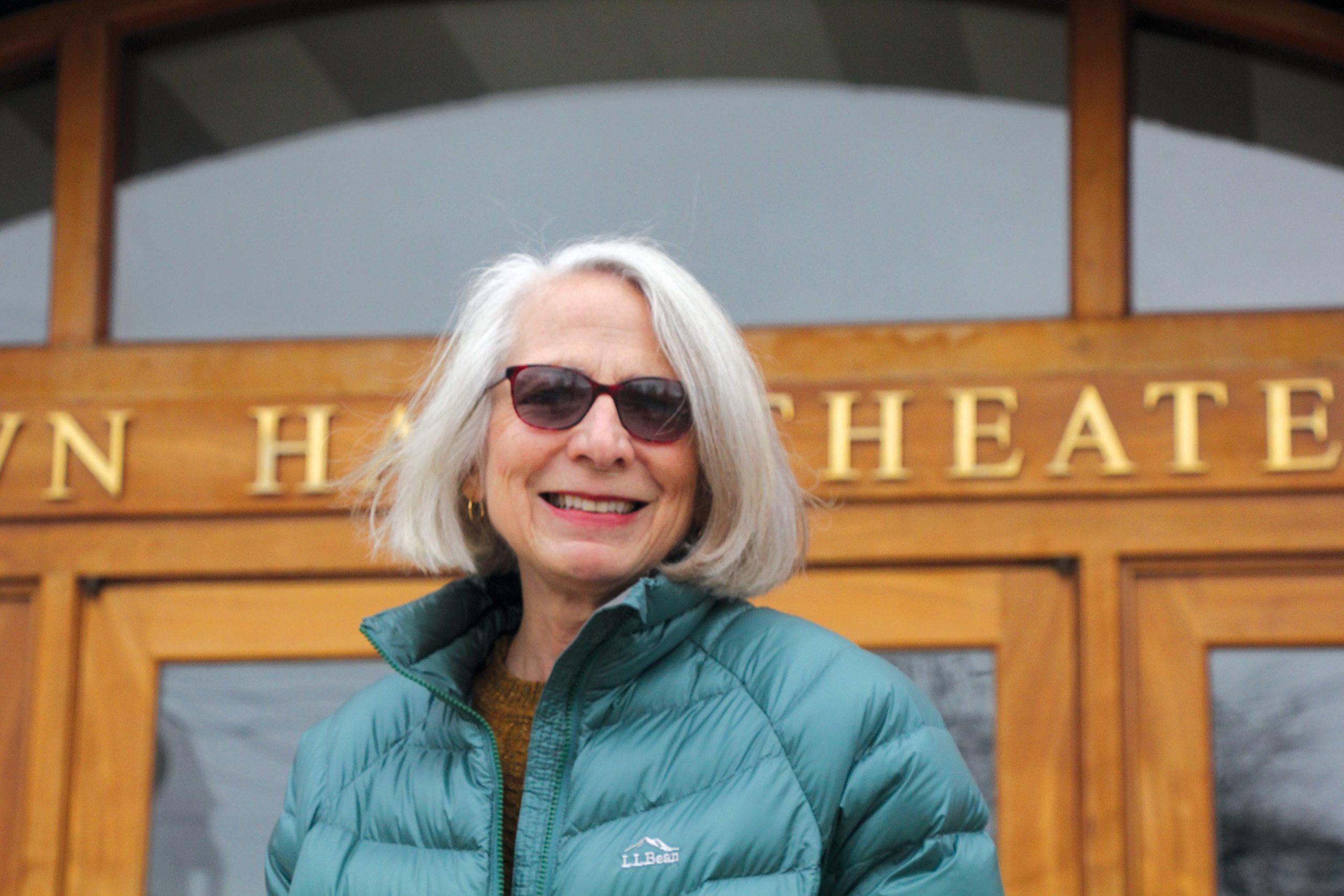 MIDDLEBURY — When the days get short, the sticks are bare and, oh yeah, COVID is still lurking dangerously close, it’s easy to slide into your slippers, grab a blanket (and maybe a glass of wine), and stay safely tucked in your comfort zone. But before you settle in to a pleasant stupor, consider this alternative: What if instead you remembered the passion and outrage that filled this country after the killing of George Floyd on May 25? What if we continue that conversation?
Middlebury Acting Company (MACo) is doing just that with a new six-part series called The American Dream Project that launches in December. Through this project MACo “seeks to create a community of people interested in reading and discussing some seminal, relevant plays that directly pertain to issues of racial and economic inequities in our country.”
“As a professional theater company, MACo has a unique platform to tell stories that respond to current realities,” said Melissa Lourie, artistic director or MACo. “And as theatre makers living in a predominately white state in a country shaped by racist systems, we feel called to create space whereby listening and speaking with open hearts we can, ‘hold a mirror up to nature’ and in so doing explore the consequences of our collective actions and hear voices that have been too easily ignored.”
The series, will be held Sundays at 4 p.m. from December through May. The group will convene via Zoom to discuss a play that participants will read prior to gathering. A moderator will facilitate the conversation and MACo actors and guest artists will read aloud selected scenes from each play. Moderators will offer (in advance) ideas and or questions to think about while reading each play.
“Spinning Into Butter” by Rebecca Gilman is the first play on the docket; the discussion will take place Dec. 13. Rebecca Strum will moderate. Strum, an actor and director who moved to Weybridge just four years ago after a 40-year career in the New York Metro area, is on the MACo board, WomenSafe board, has been involved in the Cutting Edge Play Reading Series and directed “Aida and the Engine” for MACo in April 2019.
“Spinning Into Butter” is set during a crisis at a small Vermont college when racist notes are posted on the dorm room door of one of the school’s few African-American students. Sarah Daniels, the newly hired dean of students, races to defuse the whirlwind of emotions spun up by students and faculty, but before the play reaches its surprise ending, she and the other whites on campus must first confront their own conflicted feelings about race.
“This play is about white fragility,” Strum said. “In 1999, (when it premiered) people were not talking about white fragility… Gilman was ahead of her time… It is interesting to consider how the country has evolved on racial issues since then… I know my own awareness of racial injustice and systemic racism has evolved over the years.”
The series continues on Jan. 17 with “Sweat” by Lynn Nottage, Feb. 14 with “The Royale” by Marco Ramirez, March 14 with “Topdog/Underdog” by Suzan-Lori Parks, April 11 with “The Niceties” by Eleanor Burgess, and a date to be determined in May with “Ma Rainey’s Black Bottom” by August Wilson.
So, will six plays really make a difference when it comes to racial inequality in our country? It just might. It’s certainly a step in the right direction — keeping us thoughtfully energized through the dark, cold months of winter.
“I know that we’re not going to solve this problem easily,” said Lourie. “By the end people will have read six really good plays, we will all have our consciousness raised a bit and hopefully enjoyed the process of discovering these great works. Our goal is not to change the world, but to share this art.”
“We’re all in different places,” Strum added. “I would hope that this would be a step in someone’s journey, and I’d hope that they’d continue that journey.”
Tickets to join the series are $20, and available on the Town Hall Theater’s website: townhalltheater.org.

THE PLAYS
Sunday December 13, 4 p.m.: Spinning Into Butter by Rebecca Gilman
Moderator: Rebecca Strum strumrebecca@gmail.com
A crisis erupts at a small Vermont college when racist notes are posted on the dorm room door of one of the school’s few African-American students. Sarah Daniels, the newly-hired dean of students, races to defuse the whirlwind of emotions spun up by students and faculty, but before the play reaches its surprise ending, she and the other whites on campus must first confront their own conflicted feelings about race.

Sunday January 17: Sweat by Lynn Nottage
Moderator: Margo Whitcomb
Winner of the 2017 Pulitzer Prize for Drama, the play, based on the playwright’s interviews with  residents of Reading, Pennsylvania tells the story of a group of close friends struggling to stay connected when their factory is at risk of collapse. When backed up against the wall and left with neither income nor hope, people sink into racism almost by reflex. The ramifications of humanity’s anger hangs over the play, yet Nottage hints at the power of forgiveness and redemption.

Sunday February 14: The Royale by Marco Ramirez
Moderator: Nicolas Caycedo
Charismatic African-American boxer Jay “The Sport” Jackson has a burning desire to become the undisputed heavyweight champion of the world. Jackson’s fight begins long before the match, though; it takes careful negotiations to convince the white reigning titleholder to even recognize him as a worthy opponent and enter the ring.
The play is about the life of the outsider in American culture. Set in 1905, deep in the midst of Jim Crow, it explores one man’s struggle while reflecting a much broader one. It is also a play about a brother and sister who protect each other but don’t agree on what that means.

Sunday March 14: Topdog/Underdog by Suzan-Lori Parks
Moderator: Ro Boddie
Two brothers, Lincoln and Booth, locked in a battle of wits as quick as their game of Three Card Monte, struggle to come to terms with their identity and what history has handed them, even their names. With her trademark explosive language in this powerful 2002 Pulitzer Prize winning play, Suzan Lori-Parks explores the deepest of connections, and what it means to be a family of man. The play was the number-one choice in last year’s New York Times list of “The 25 Best American Plays Since Angels in America.”

Sunday, April 11 — The Niceties by Eleanor Burgess
Moderator: Bill Hart
Zoe, a black student at a liberal arts college, is called into her white professor’s office to discuss her paper about slavery’s effect on the American Revolution. What begins as a polite clash in perspectives explodes into an urgent debate about race, history, and power.
Series subscription is $20 and play bundles can be purchased from Vermont Book Shop at a 15% discounted rate using coupon code THTAD. Purchasing plays by November 1st or earlier is recommended to receive prior to the first online event. Visit townhalltheater.org for details and to register. Zoom details will be sent to all participants in advance of each play reading session.

May — Ma Rainey’s Black Bottom by August Wilson
Moderator: Francois Clemmons
Inspired by the real-life Gertrude “Ma” Rainey, This visceral American classic serves as the 1920s chapter of August Wilson’s epic American Century Cycle. What begins as a routine recording session becomes more strained as tensions rise between the members of a blues band and the owners of the recording studio. The white producers mean to exploit the talents of the band—especially the gifted and impulsive Levee—but when Ma insists on having things her way, tensions are enflamed and the play builds to an unexpected climax.